TOYKO — President Biden on Sunday began the second chapter of his diplomatic tour in Asia, pivoting from reassuring allies about the threat posed by.. 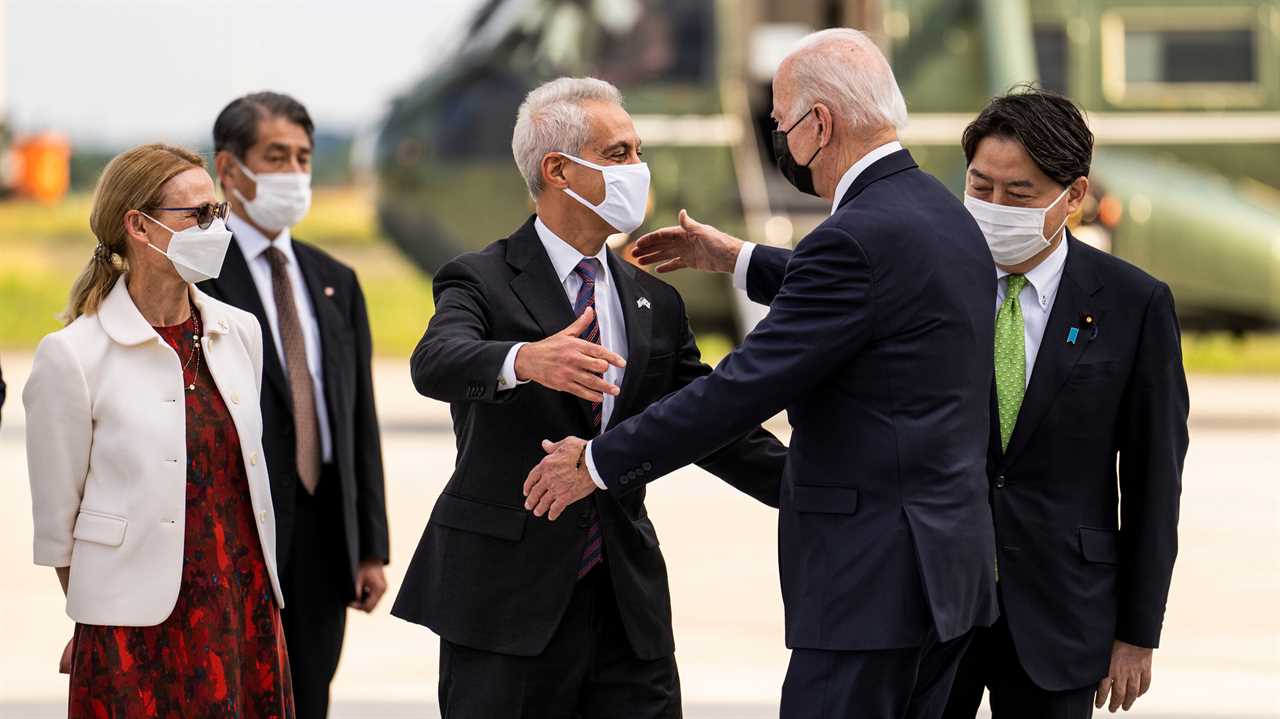 TOYKO — President Biden on Sunday began the second chapter of his diplomatic tour in Asia, pivoting from reassuring allies about the threat posed by North Korea to rallying nations behind his administration’s new economic policy for the Indo-Pacific.

During a three-day swing in Japan, Mr. Biden will meet with a series of leaders — including those from Australia, India and Japan — as he rolls out a new economic agenda five years after the Trump administration pulled the United States out of the far-reaching trade pact known as the Trans-Pacific Partnership, or T.P.P.

The plan appears to be the substance behind Mr. Biden’s pledge to engage with allies and assert American influence in the region, while also countering China. Though it will be far less sweeping than the T.P.P., Mr. Biden’s aides have said that the new plan, the Indo-Pacific Economic Framework, will set standards for the digital economy, clean energy and supply-chain resilience.

But the lack of clarity about the economic approach in the region, one that Mr. Biden has said is a priority of his foreign policy agenda, has prompted skepticism from some allies. The administration has still not said how many nations have signed on to the new cooperative agreement, while Beijing has ramped up criticism of the new policy.

“We do expect in addition to the countries that join the launch tomorrow, others will come along in the months and years ahead,” Jake Sullivan, Mr. Biden’s national security adviser, told reporters on Sunday on Air Force One. “It’s an economic arrangement focused around the further integration of Indo-Pacific economies, setting of standards and rules, particularly in new areas like the digital economy, and also trying to ensure that there are secure and resilient supply chains.”

The State of Jobs in the United States

The U.S. economy has regained more than 90 percent of the 22 million jobs lost at the height of pandemic in the spring of 2020.

In Tokyo, Mr. Sullivan said that Taiwan would not be among the countries signing onto the new agreement.

Mr. Biden will have to persuade allies to dismiss criticism from Beijing and sign on to the plan, even though the administration is not expected to open the United States market as a part of the agreement.

“It is going to be difficult to convince Asian governments to change rules in ways that may be disruptive to their political economies without the promise of increased access to the American market,” said Aaron Connelly, a research fellow at the International Institute for Strategic Studies in Singapore.

Mr. Biden’s arrival in Tokyo comes after capping a series of meetings with the newly inaugurated president of South Korea, Yoon Suk-yeol. The two leaders discussed a number of economic initiatives, including strategies to combat the semiconductor shortage that has fueled price increases. But the threat posed by North Korea loomed over the visit promoted by American officials as an effort to reassure allies that the United States remained focused on countering China.

North Korea had yet to conduct any missile tests on Sunday, despite warnings from the Biden administration that it might do so while the president was in the South. Asked on Sunday if intelligence indicated that the government in North Korea’s capital, Pyongyang, could still move forward with a test, including of a nuclear missile, Mr. Sullivan said: “Oh, yes. Yes.”

But the administration is now homing in on rallying allies behind challenging Beijing. While in Tokyo, Mr. Biden will meet with Prime Minister Fumio Kishida of Japan, Prime Minister Narendra Modi of India and Anthony Albanese, the newly elected prime minister of Australia, during a summit of the Quad, a bloc formed because of the growing anxiety about China’s military footprint in Asia and parts of the Indian Ocean. Mr. Biden called Mr. Albanese, who was elected Saturday, to congratulate him.

But throughout the trip in South Korea, Mr. Biden also nodded to his domestic policy priorities and woes. He visited a Samsung semiconductor factory to show his administration’s focus on shortages of the chips, as well as to rally Congress to pass legislation that would ramp up manufacturing.

After a private Mass in Seoul on Sunday morning, Mr. Biden joined Hyundai leadership to celebrate the company’s plan to build a new electric vehicle and battery manufacturing facility in Savannah, Ga.

Mr. Biden said the facility would result in 8,000 jobs, continuing the administration’s strategy of pointing to job growth as Republican lawmakers heighten attacks over soaring inflation. “These investments are part of a trend by my administration,” Mr. Biden said, adding that it would help the White House make good on its clean-energy commitments. “Manufacturing jobs are coming back to America.”

Mr. Biden framed the investment as a result of work by his administration and the Democratic senators from Georgia, Raphael Warnock and Jon Ossoff.

But only days before, the same company dispatched an executive to Georgia to stand alongside Gov. Brian Kemp, a Republican, to celebrate the investment. “It’s going to continue to bring wealth and opportunity to the region,” Mr. Kemp said.