MIGRATION to the UK skyrocketed to 504,000 in the year to June 2022, according to new Home Office statistics.The figure is the highest UK has seen..

MIGRATION to the UK skyrocketed to 504,000 in the year to June 2022, according to new Home Office statistics.

The figure is the highest UK has seen since the end of WWII, with the previous post-war record being set at 390,000 in 2015. 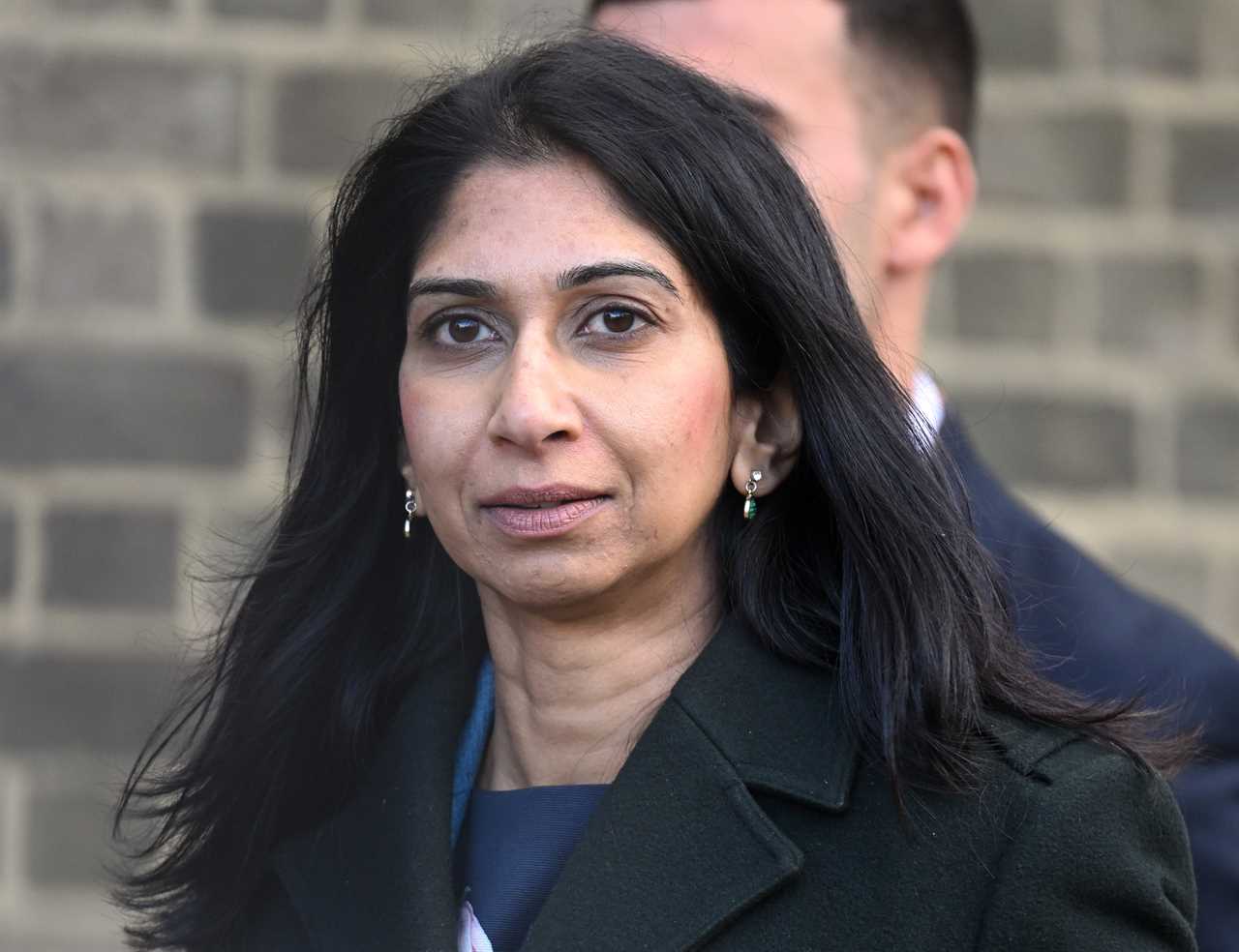 Suella Braverman has previously said she wants to reduce migration to below 100,000 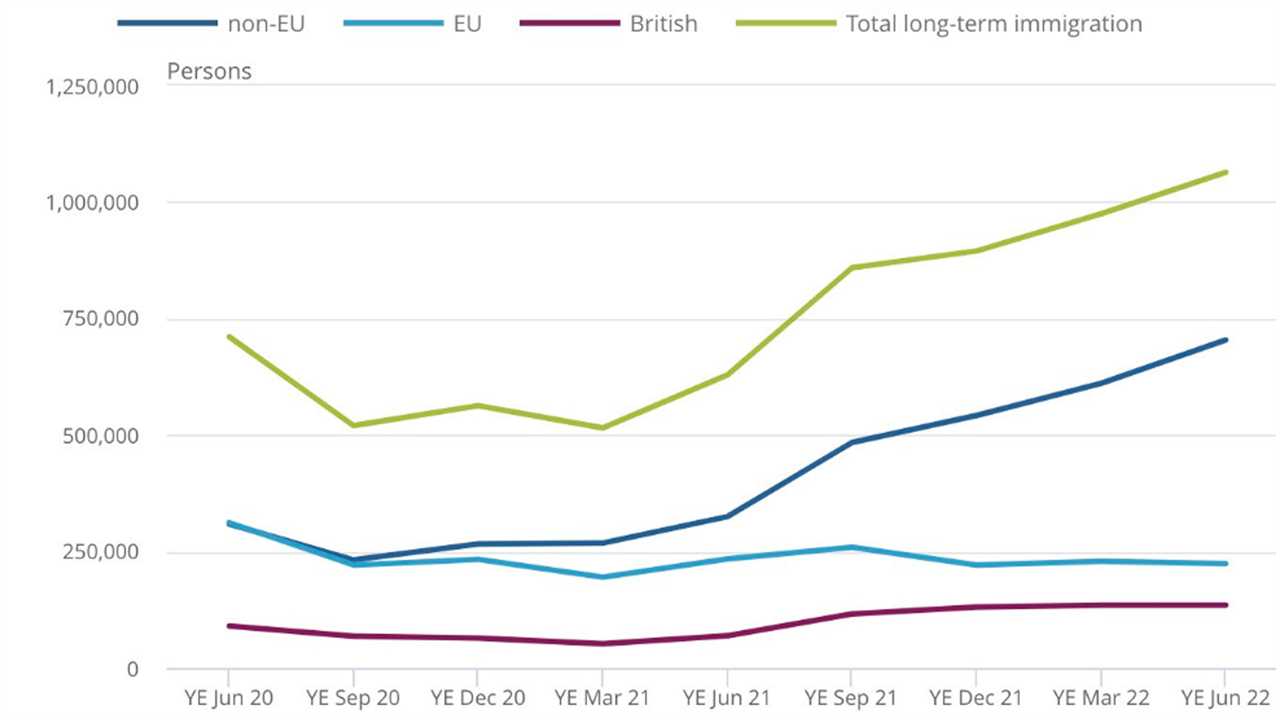 Number of non-EU, EU and British nationals immigrating to the UK between June 2020 – June 2022

The news comes as Suella Braverman faces increasing pressure to tackle the issue of small boats arriving in Britain.

Around 33,000 migrants entered Britain illegally in the first nine months of this year.

There’s a range of reasons why the UK’s latest migration figures are unprecedentedly high, with many being major global events.

These include the end of pandemic lockdown restrictions, the first full period following transition from the EU, Mad Vlad Putin’s war in Ukraine, the resettlement of Afghans and a new visa route for Hong Kong British nationals.

Student visas have also soared to the highest level on record, with 476,000 being issued in the last year.