SIR Keir Starmer last night admitted one of his favourite footie moments was watching England LOSE to Germany on penalties.

The self-claimed footie mad Labour chief recalled watching the nation’s humiliation at Euro 96 ahead of the World Cup starting next week. 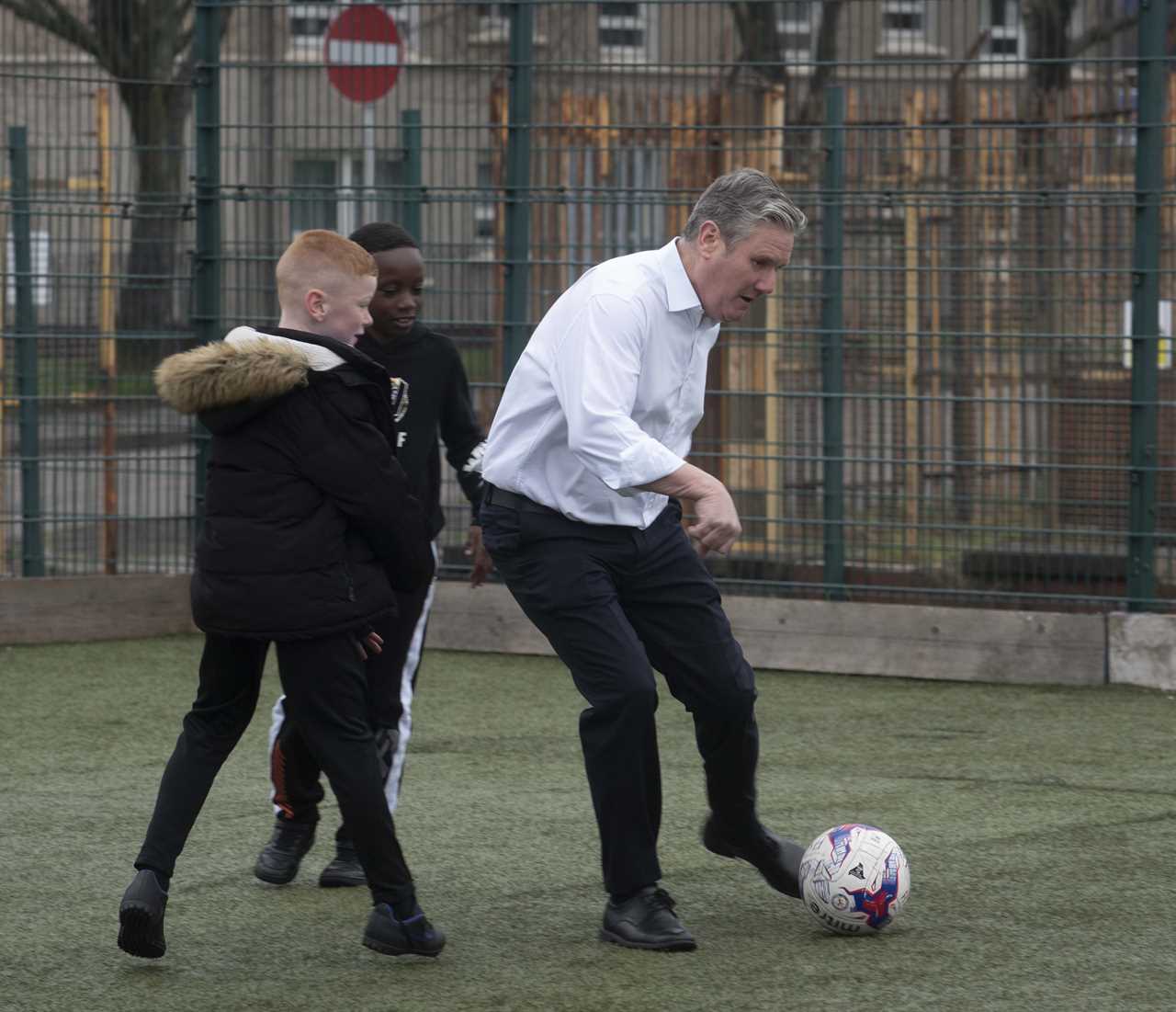 Sir Keir laughed as he described the “agonising” experience of sitting “up almost on top of” Gascoigne in the stands when the England legend missed an open goal during extra time.

Away from footie, Sir Keir also confessed yesterday he HAS kissed a Tory and he’s not ashamed of it.

The Labour leader’s admission came after lefty loonies sparked outrage this year for parading around in “never kissed a Tory” t-shirts.

Shadow Culture Secretary Lucy Powell joined in too, even posting a snap in the top on social media.

Sir Keir slammed the divisive garment in an interview with The Times, revealing: “I’m afraid I’ve broken that rule”.

But the Labour chief, who insists he isn’t “tribal”, won’t kiss and tell.