THE first illegal migrant has died staying at the Manston asylum centre, the Home Office confirmed last night.A man believed to be from the Middle..

A man believed to be from the Middle East in his 30s passed away in hospital yesterday morning after first crossing the Channel on a small boat on November 12. 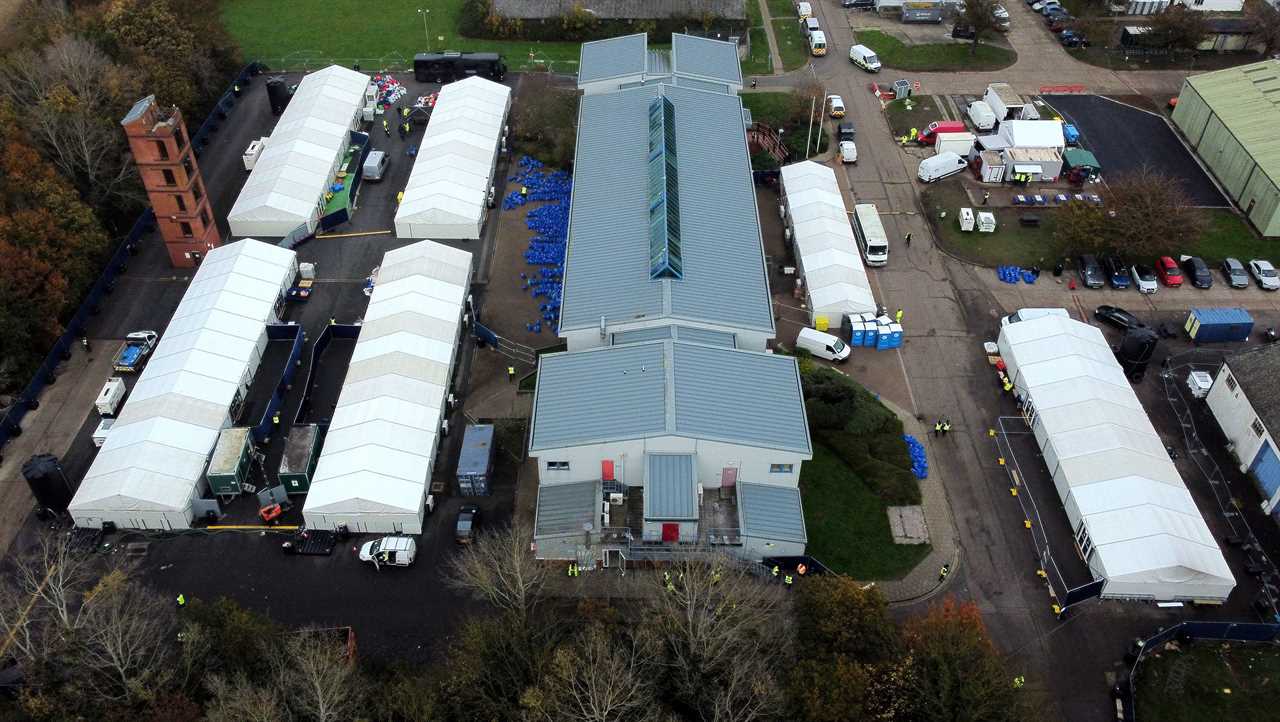 The Manston asylum centre in Kent

Despite grim reports of Diphtheria and Scabies outbreaks at the Kent base, officials said there is no evidence he was killed by an infectious disease.

Whitehall sources said he was rushed to hospital after landing on British shores before being discharged into Manston.

He then received further medical care on Tuesday night before being readmitted to hospital where he died.

Manston has been at the centre of a political row after Suella Braverman was slammed for letting it become “overwhelmed” with people.

Migrants are only meant to stay at the centre for 24 hours while their asylum claims are processed before being moved into other accommodation like hotels.

But a huge processing backlog has seen the site swamped with thousands of people and the conditions deteriorate.

The Home Office said last night: “We wish to express our heartfelt condolences to all those affected.

“Until a post-mortem examination takes place we cannot comment in detail, but there is no evidence at this stage to suggest that this tragic death was caused by an infectious disease

“We take the safety and welfare of those in our care extremely seriously and provide 24/7 health facilities with trained medical staff at Manston”.