WWE 2K23: John Cena’s on the cover but who will be left out?

MUCH like the license the games are based on, WWE 2K has a constantly changing roster of wrestlers.In WWE 2K22, we saw a number of popular wrestlers..

MUCH like the license the games are based on, WWE 2K has a constantly changing roster of wrestlers.

In WWE 2K22, we saw a number of popular wrestlers leave the federation, including Daniel Bryan, Adam Cole, and Bray Wyatt. 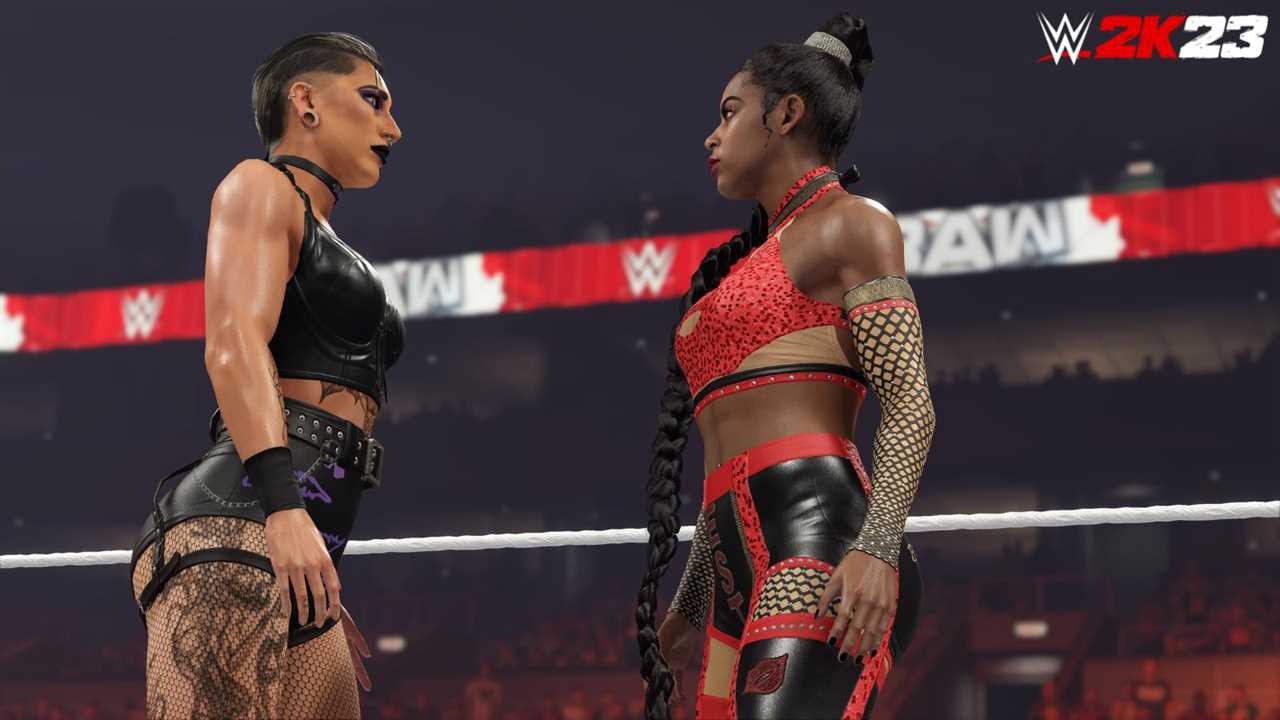 We know a number of athletes that will return.

This meant they had to be removed from the game. But WWE 2K23 has the opposite problem, as many athletes returned.

We spoke to WWE 2K23 creative directors Lynell Jinks and Bryan Williams about their approach to WWE 2K’s roster of playable wrestlers.

Jinks explained: “It’s really challenging, but at the same time, I’d rather be on this side of it than on 2K22.

“[We worked] with WWE to figure out, [if we] can retain the video game rights to superstars who are no longer with the company.

“Luckily, they allowed us to keep a fair amount of superstars that had left by the time we shipped the game.”

WWE 2K22 saw many former wrestlers still on the roster such as Braun Strowman, Keith Lee, and Toni Storm, but a few big names missed the cut.

There is always the worry that similar big names who returned won’t be able to make the cut this time around.

He continues: “We’re seeing all these superstars come back, and I loved to see them come back.

“For us, if we had them in a previous game or they were scheduled to be in 2K22 but didn’t make the cut, it’s great to try and add them because we’ve done a lot of the work to try and get them in the game. So again, I prefer this part of it.”

Of the wrestlers who appeared in WWE 2K22 we already know a number of them will feature in the 2K23.

A number of wrestlers who returned to WWE were also able to be included in 2K22 including Braun Strowman, Johnny Gargano, Candice LaRae, Dakota Kai, and Karrion Kross.

We know that Bray Wyatt was scanned in for 2K22, but due to his departure wasn’t included in the game.

Due to Jinks’ comments, and the fact that 2K already has the assets, we hope that he will be included.

The same can be said for Hit Row, and faction member B-Fab

Due to timing, though, it’s likely these wrestlers will be in the DLC packs, if they are included at all.

However, this is purely speculation and, as Jinks explains, there are limitations.

He says: “It definitely creates different problems and depending on the time of the year, we try to make accommodations to please everyone.

“Just know that due to timing and when we lock down our roster, our schedule, our mocap sessions, our audio recording, it becomes really challenging to please everyone.”

Competitors like Bronson Reed, Mia Yim, and Emma will likely have to wait until next year to make their return to the video game series, as their real-life comebacks happened late last year.

We asked Jinks and Williams if they could give us any specific names that won’t be making the cut this year, but they refused to give definitive answers.

Still, if your favorite doesn’t make the cut, “there’s always next year.”