THE Pokémon World Championships will take place in London this week from August 18 to 21, and Pikachu and pals are out on the town to celebrate..

THE Pokémon World Championships will take place in London this week from August 18 to 21, and Pikachu and pals are out on the town to celebrate.

Pokkén Tournament DX, the Pokémon trading card game, and Pokémon Sword and Shield battles will all be part of the tournament with an over $1million (£830,000) prize pool. 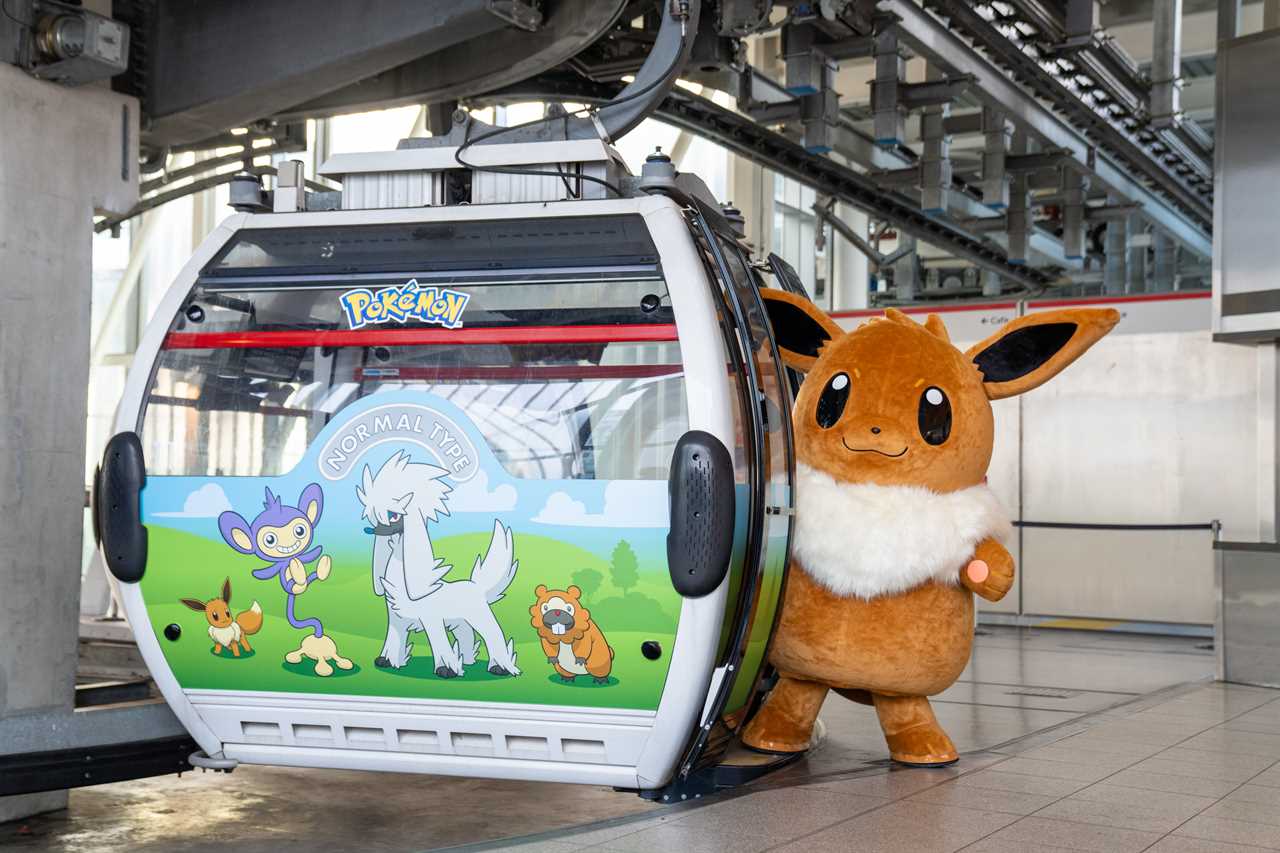 Pokémon have taken over the London cable car.

Pokémon Unite and Pokémon Go will also appear as part of the tournament for the first time.

In order to celebrate the championships, a number of changes have been made around London to welcome Pokémon fans to the capital.

The Transport for London cable car which runs from Greenwich to the Royal Docks has been decorated to match the different Pokémon types.

Each carriage will match one of the 18 different Pokémon types from Normal all the way to Fairy.

If you’re lucky, you might even get to share your carriage with a Pokémon pal as both Pikachu and Eevee mascots are out in London today.

They’ve already been spotted riding the cable car, riding boats down the Thames, and generally taking a look at the sights of London.

The mascots are also offering photo opportunities for anyone who approaches them on their tour of London.

A pop-up Pokécenter has also been opened in London, selling Pokémon merchandise in honour of the championships.

The store is in sections named after famous London landmarks such as Krabby Road, Saville Rowlet, and South Blazikensington.

Exclusive shirts, coins, plushies, and a Pikachu figurine carrying designs based on the championships will be sold here.

There will also be a large amount of other Pokémon merchandise for sale.

The World Championship exclusive items will only be sold at the pop-up store and will not be available after the event.

Those who want to visit the store located in London’s ExCeL centre are encouraged to book a time slot in order to prevent potential wait times.

In 2019, a pop-up Pokémoncenter was opened in Shepherd’s Bush with daily queues of up to five hours.

Did you miss our previous article...
https://trendinginthenews.com/gaming/tony-the-tiger-streams-games-on-twitch