WITH just one week of Fortnite Winterfest left to go, players are mystified over a present glitch that may be more than just a bug.After Fortnite..

WITH just one week of Fortnite Winterfest left to go, players are mystified over a present glitch that may be more than just a bug.

After Fortnite servers went down yesterday, players who had already opened all of their presents are still seeing an unopened gift. 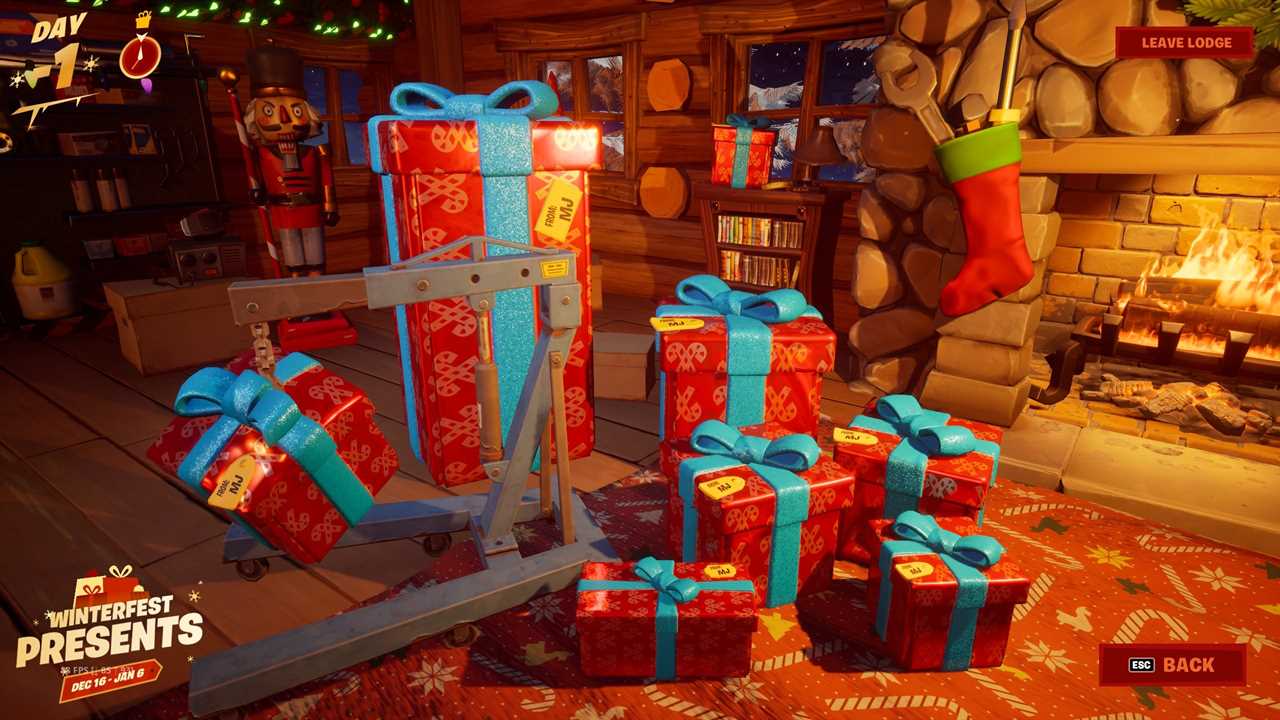 Epic addressed this on Twitter, saying, “Already opened all your presents but still see one extra present left to open? Sit tight, we’re working on that.”

A second result of the downtime is seeing a new pile of presents in Crackshot’s cabin in red and blue wrapping, and all from Spider-Man’s MJ.

The collection of Winterfest presents have been from in-game characters so far.

So players are speculating over whether these are just bugs, or whether they hint at something more.

Fortnite leaker Hypex quoted Epic’s tweet about the last present along with the shifty eyes emoji, suggesting something more is afoot.

On top of that, a couple of days before Winterfest kicked off, fellow Fortnite leaker @ShiinaBR shared an image of the MJ gifts on December 14.

“For some reason, every present in the Cabin is from MJ,” they tweeted.

It’s likely that MJ’s gifts will be Spider-Man themed, and the unopened gift may be a precursor to players receiving these presents.

Meanwhile, Epic has promised players that it will make up for the time lost due to servers going down during Winterfest.

The developer says it’ll have “more details next week” on what it’s going to do to remedy the situation.

Fortnite star earnings 2021 – the staggering sums made by gamer millionaires.

Town Star guide: How to get started in the play-to-earn crypto game.

Fortnite Chapter 3 hacks and how to get The Foundation skin early.