FIFA Ultimate Team (FUT) players are outraged to discover a number of promotional cards have been downgraded with no warning from developer EA Sports...

FIFA Ultimate Team (FUT) players are outraged to discover a number of promotional cards have been downgraded with no warning from developer EA Sports.

Some promotional cards have had their stats lowered previously, though EA Sports said that this was only a visual error in FIFA 23. 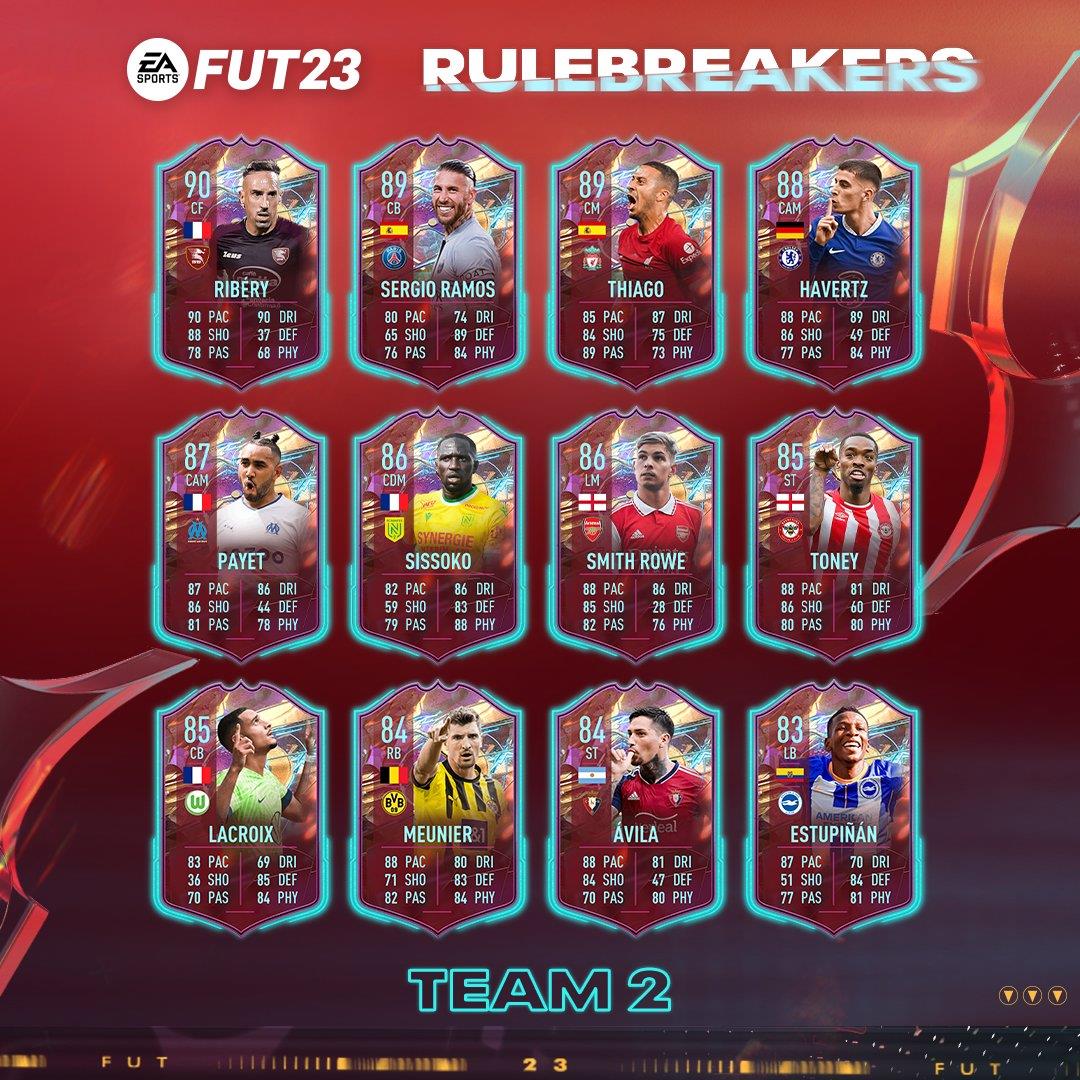 Rulebreakers is one of the sets affected.

While the company claims that cards’ performances were not affected by the error, many players believe that the footballers weren’t up to par.

This is a big problem for fans who spent a large amount of hard-earned – or bought – FUT coins, in exchange for these boosted cards.

As reported by RealSport101, EA Sports has not acknowledged the latest batch of downgrades, which has seen some attributes lowered more than 10 points.

This is a significant downgrade to players, and can strongly affect players’ match results.

So far, fans have noticed four cards that have been affected, all of which were released as part of various promotions.

EA Sports release promotional cards throughout the year, which boost stats for players compared to their base cards.

Players purchase these cards on the in-game transfer market, with the expectation that they will retain these boosted stats.

So far fans have spotted four cards that have been downgraded silently by EA Sports, but more cards could be affected.

The cards we are aware of so far include:

This notably occurred recently with Ronaldo, who was downgraded two points following his departure for Al-Nassr.

However, this did not affect cards that players already owned, and only changed the rating of cards that will appear in FUT packs going forward.