FIFA 23 will be available for players in less than a week, and so the first FIFA 23 Team of the Week has been announced.Even before the game releases,..

FIFA 23 will be available for players in less than a week, and so the first FIFA 23 Team of the Week has been announced.

Even before the game releases, fans can get their hands on the latest Team of the Week cards by downloading the FIFA 23 web or mobile companion app. 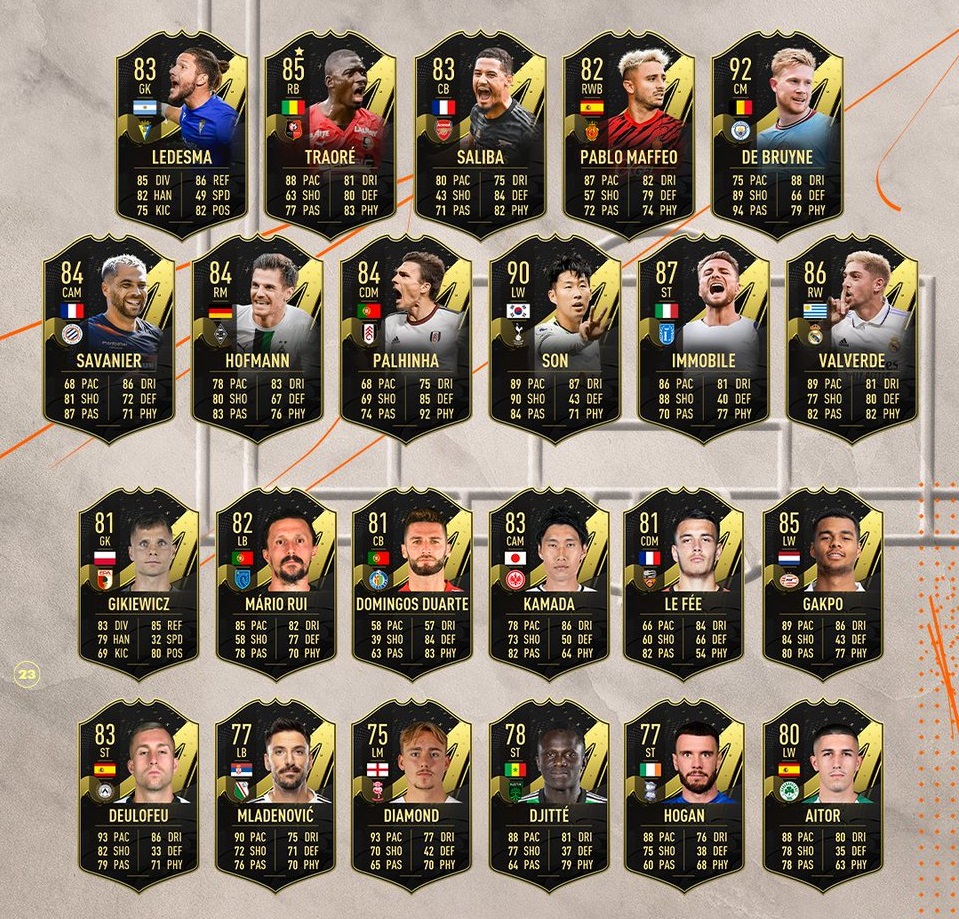 On the app, players can purchase and open FIFA Ultimate Team (FUT) packs, as well as build their FUT ready for when the game launches.

The Team of the Week cards will show up as special cards in FUT packs this week, with boosted stats.

EA Sports has started off conservatively with its first team, with most players only receiving a one point boost to their ratings.

Among them is Kevin De Bruyne, who we chose as one of our picks for the best FUT team for FIFA 23.

From this month’s selection, we also recommend looking out for Son Heung-Min, as the Spurs striker has been boosted to a 90-rating.

Hamari Traoré is the rare double boosted card this week, with a huge six point boost from 79 to 85.

This week’s team will be available via FUT packs until Wednesday, September 29, 5pm UK time.

After that, these boosted cards will only be available on the transfer market, usually for high prices.

Here is a list of all the players in FIFA 23’s Team of the Week and their boosted stats: