PLAYERS have reported that the servers which allow people to play FIFA 23 online have crashed as soon as the game launched.FIFA 23’s Ultimate Edition ..

PLAYERS have reported that the servers which allow people to play FIFA 23 online have crashed as soon as the game launched. 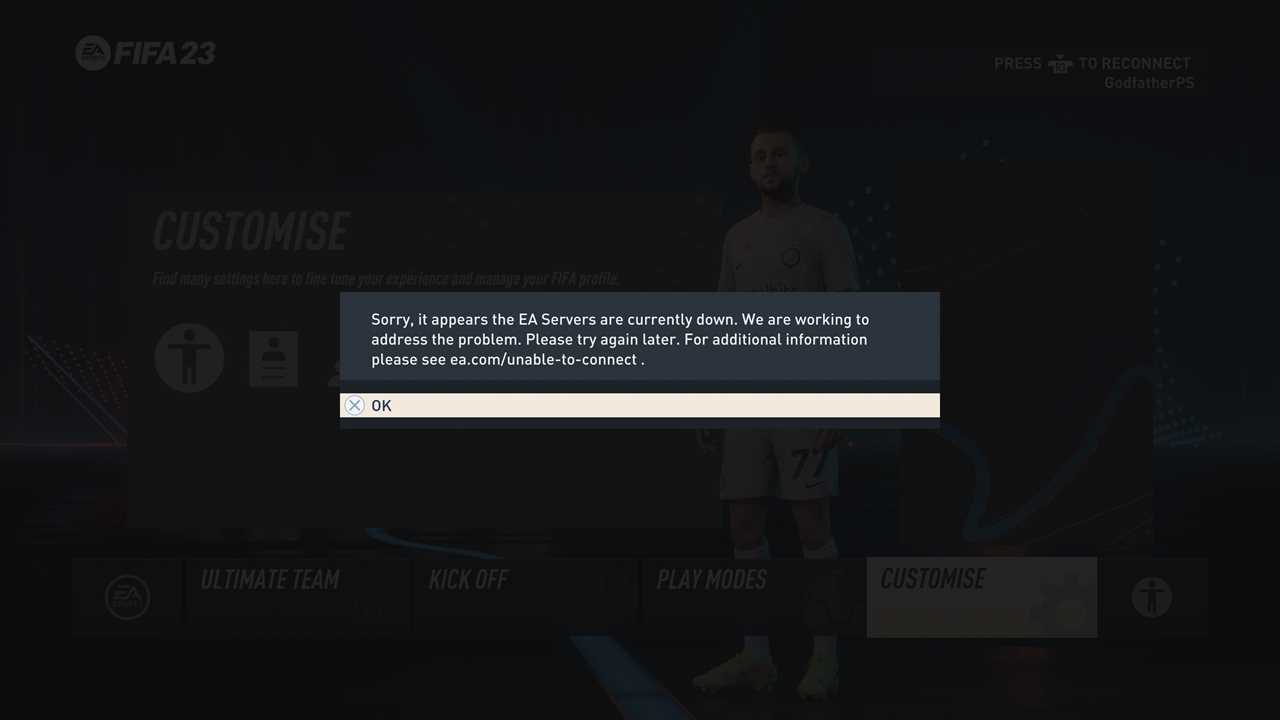 The message that’s being displayed.

This is likely due to the number of players who tried to enter the game as soon as it launched.

Those who pre-ordered the game were able to pre-install it on their platform of choice.

This means that they could launch the game and enter an online match as soon as the game went live.

EA Play subscribers were also able to join the game at launch as part of the FIFA 23 free trial.

When trying to enter an online match a message pops us preventing you from joining.

It reads: “Sorry, it appears the EA servers are currently down. We are working to address the problem.

Here you can see real-time updates on how EA Sports are handling the issue.

Currently, the page reads: “[There are] issues with our online services.

“In the meantime, you might not be able to connect to online modes or EA Play, buy games on EA app or Origin, or log in to your account.

“We’re working hard to get you back in your game as soon as we can, so check EAHelp on Twitter for updates.”

FIFA’s official Twitter account also reads: “We are investigating reports of some players being unable to connect to EA Servers and will provide an update in this thread when available.”

Some players have been able to access online matches by continuing to try until the servers allow.

However, it appears that as much as 77% of players are struggling to enter online matches.

The easiest way to find out when the servers are fully functional is to check the Twitter thread or website frequently.