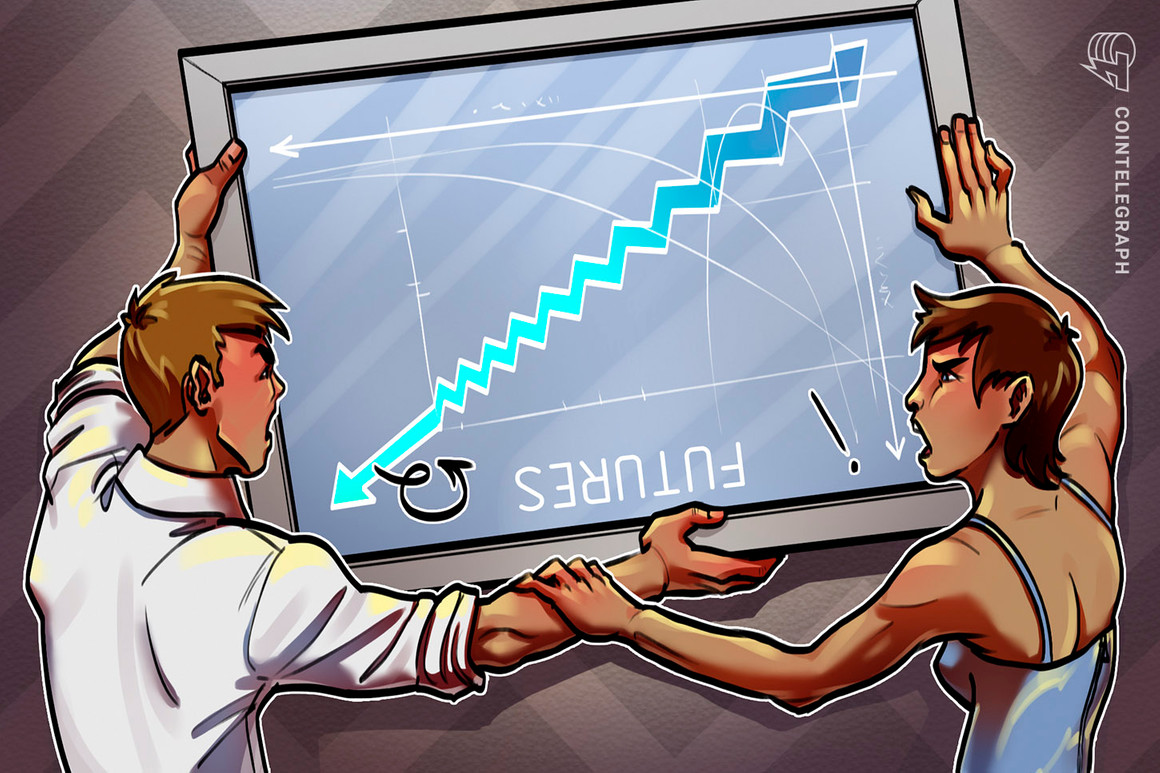 After an initial shock during June’s BTC price drop, which has since held as a macro bottom, Bitcoin derivatives have not been the same.

After an initial bounce, metrics are trending downwards, and this month are challenging records.

Futures basis — the difference between futures contract prices and the Bitcoin spot price — is already back at lows only seen during June’s dip to $17,600. The move came thanks to last week’s sudden sell-off on BTC/USD, which resulted in multiple visits below the $21,000 mark.

“Overall, the current futures basis sits at levels only experienced briefly during the June crash,” Arcane confirmed, adding that the data is “indicative of a very bearish sentiment among futures traders.”

Beating out prior lows from July 2021, those contracts now trade at their biggest-ever discount to spot price.

“Overall, CME’s futures have tended to trade at a discount in the last two months but saw a solid short-lived recovery during the early August strength in the market,” the report continued. 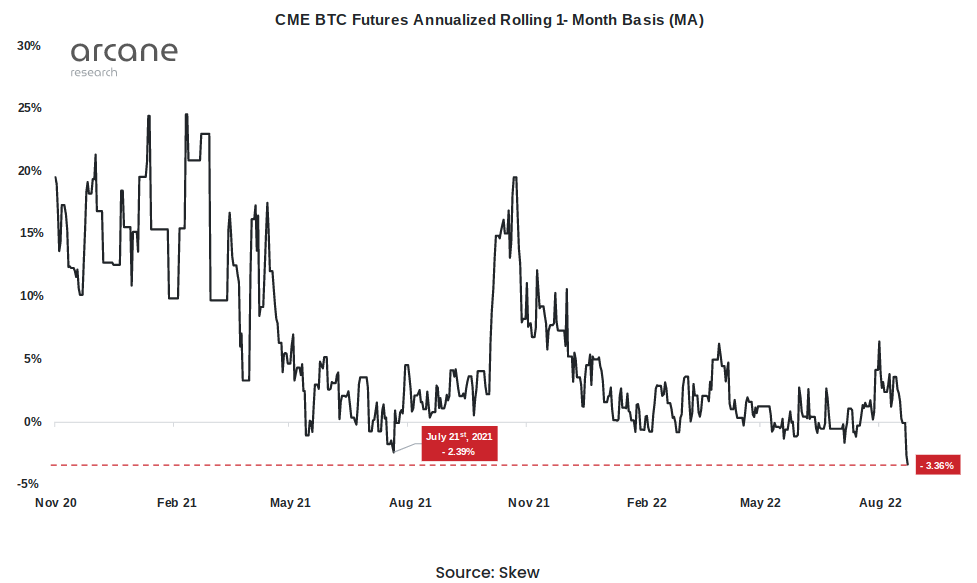 Arcane argued that “structural effects” within the derivatives market could go some way to explaining the behavior, but that “worsening liquidity or general de-risking” were both still a risk.

“While BTC derivatives might signal a climate ripe for a short squeeze, the choppy trading range alongside global market turmoil speaks in favor of conservative positioning and gradual accumulation in the spot market,” it concluded.

The Grayscale Bitcoin Trust (GBTC) is still trading at more than a 30% discount to the Bitcoin spot price.

The latest data, which Cointelegraph previously reported, puts the GBTC discount — once a premium — at 32.5%. The discount also saw records in June, when it briefly passed 34%.

For investor and researcher Jeroen Blokland, signs of a trend change remain elusive.

“I expect that 'physical' bitcoin ETFs will get approved at some point. After the recent SEC ruling, that doesn't seem imminent, but futures ETFs (also) have their menaces,” he argued this week.