Shops will start to run out of food in 48 hours if disastrous pingdemic rules aren’t scrapped, Boris Johnson warned

SUPERMARKETS last night ­warned Boris Johnson he has just 48 hours to fix the pingdemic or shoppers will face empty shelves.Huge numbers of staff..

SUPERMARKETS last night ­warned Boris Johnson he has just 48 hours to fix the pingdemic or shoppers will face empty shelves.

Huge numbers of staff have had to self-isolate after being pinged by the NHS Covid app — hitting supplies. 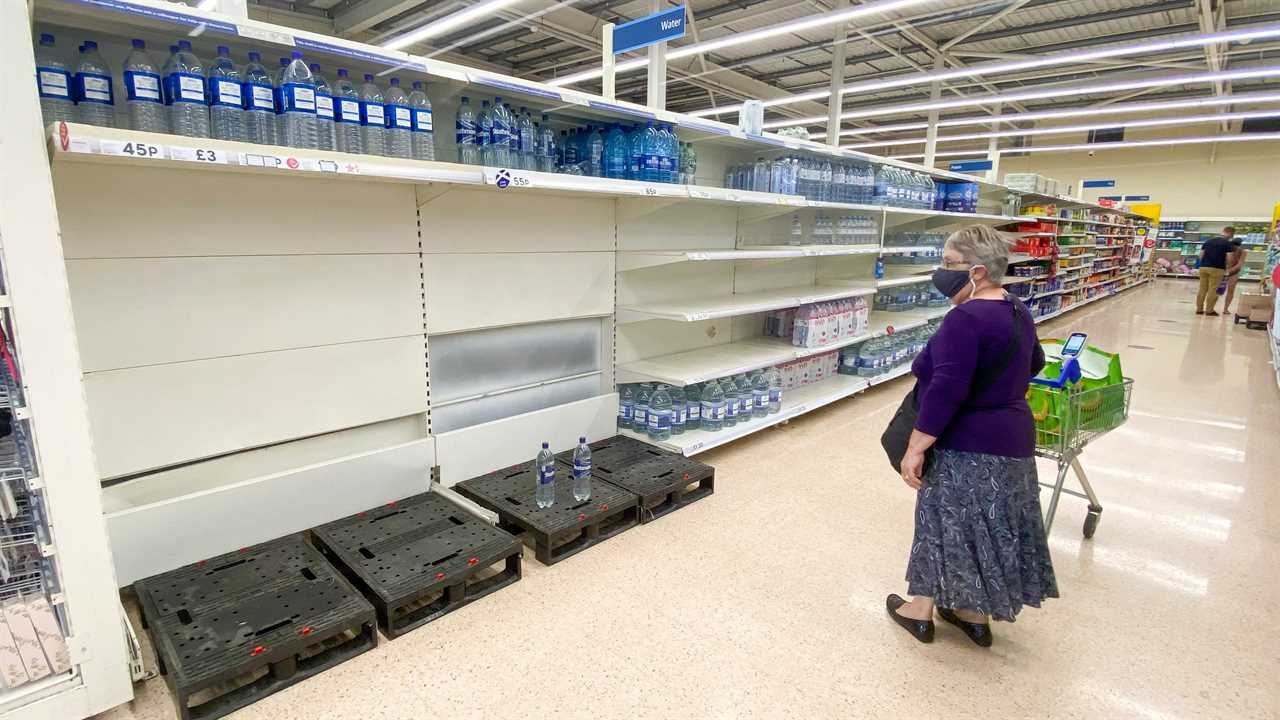 A shopper views the sparse selection at Tesco in Bathgate, West Lothian 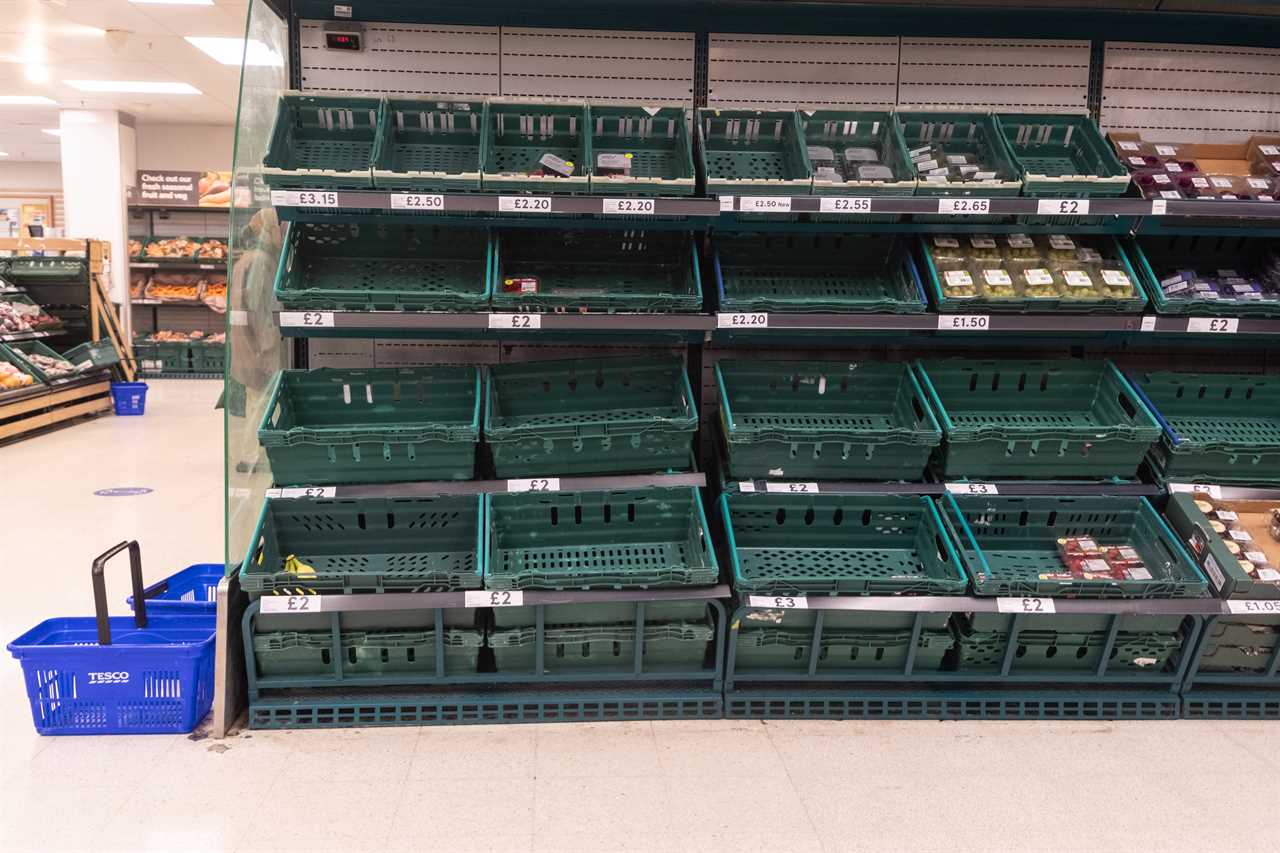 Empty shelves in the fresh fruit section of Tesco in Ealing, West London

The PM apologised but again refused to change the app’s system.

Figures due to be released today could reveal up to a million people — double the week before — have been forced off work.

The crisis is hitting supermarkets’ opening hours and starting to cause gaps in fresh meat, salad, bottled drinks and freezer sections.

An industry veteran said: “Some stores say they will be in trouble in a couple of days without action.

“Opening hours are already being cut for some chains as well as the issues with getting products in and on shelves.”

But other bosses were quick to reassure shoppers it was only some lines — and there was no need to panic buy.

One said: “We are nowhere near a situation where empty shelves ruin shopping. Shoppers might not be able to get the right lettuce but there will be lettuce.”

Andrew Opie, of the British Retail Consortium, told him: “The Government needs to act fast.

“Retail workers and suppliers, who have played a vital role throughout this pandemic, should be allowed to work provided they are double-jabbed or can show a negative Covid test, to ensure there is no disruption to the public’s ability to get food and other goods. With community cases soaring, the number of healthy retail staff ­having to self-isolate is rising fast, disrupting retail operations.”

Retail bosses say the heatwave and a surge in demand for barbecue food, ice creams, soft drinks, beer and salad have added to the problems.

There was a shortage of fresh fruit and veg, fridge food, water, beer and kitchen roll at a Tesco in Cambridge. A nearby Asda was short of bread and greens.

The British Meat Processors Association said production lines have started to fail due to the numbers self-isolating.

Chief executive Nick Allen said: “There’s an air of despondency creeping through the industry. Until now we’ve managed to keep the supply chain running but there’s a sense of, ‘We’re starting to fail’.

“Morale isn’t helped by these confusing messages from government.” He added of stalling production lines: “We’re starting to see that at retail level and in restaurants — everyone is struggling to get things out really.”

The PM insists the double-jabbed, if pinged, must stick to the ten days’ isolation until August 16.

Boris, in isolation after close contact with Covid-hit Health Secretary Sajid Javid, told MPs via videolink from his country retreat Chequers: “I apologise to everybody in business up and down the land and in all kinds of services, public sector or otherwise, who is experiencing inconvenience.”

Another big chain supermarket boss hit out at the lack of clarification over which key workers will be exempt from isolation. 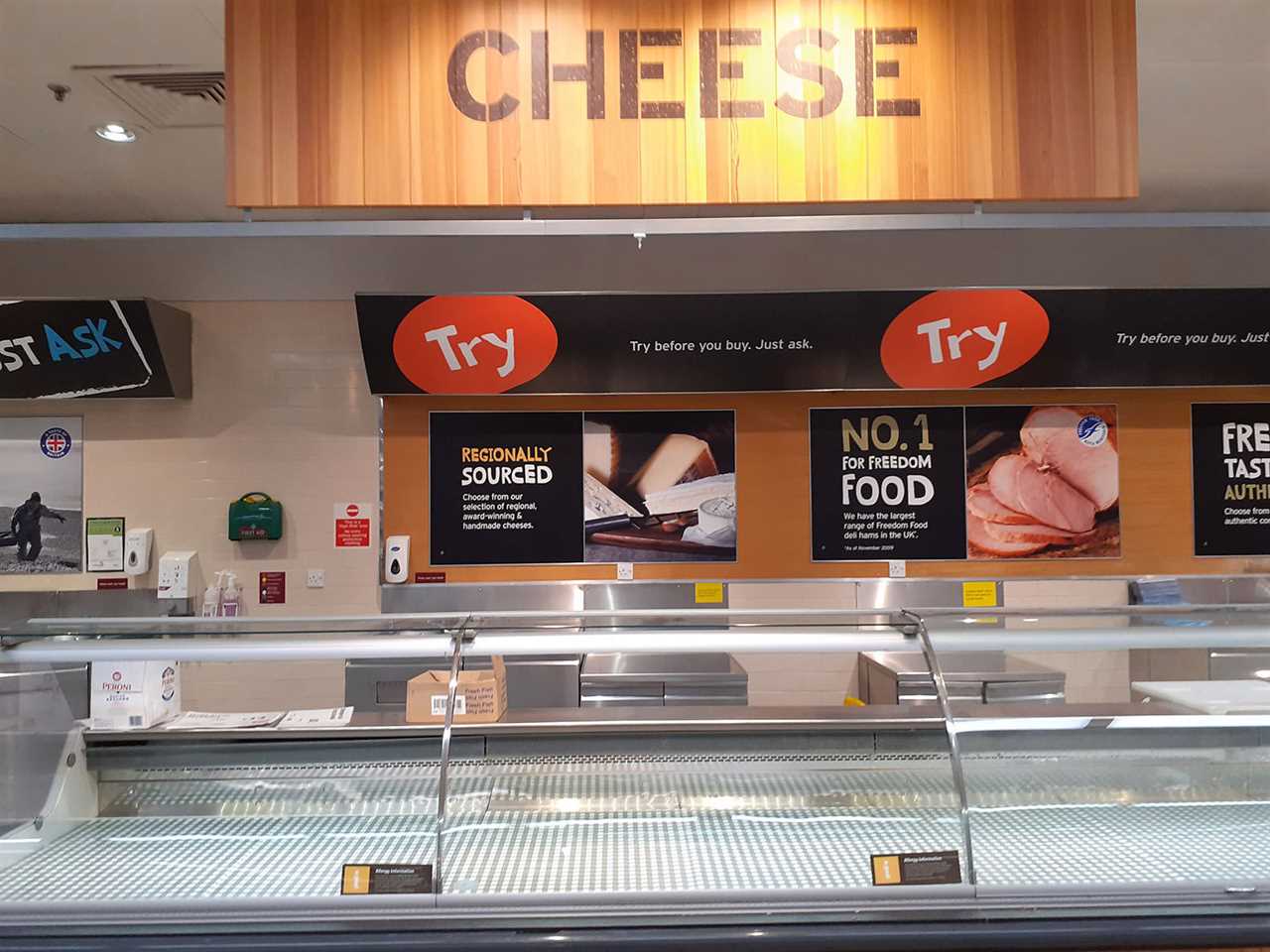 She told Trending In The News: “We are asking the Government to help with the haulier issue. The criteria for the critical list is crazy. You have to name individuals, get them to do a PCR test and then get it signed off by government.

“Aside from the difficulty in that, it is designed for two to four people per company. That is not going to work in a huge retail chain.

“The reality is that we’ve been managing the haulier issue for a few months. It has not been resolved and then Covid cases are making that worse.

“The pingdemic is not a massive issue for us yet for store staff – absences are nothing like it was at the height of the first lockdown. Throughout we have tried to be reassuring.

“We don’t want people to be buying more than they need, like what happened last April.

“We had shortages because people bought three times as much as they needed. We might not have the tomatoes you want but we will have tomatoes.”

A source at another of the major chains stressed the pingdemic isn’t solely to blame, saying: “It is a perfect storm of issues. We have the HGV issue with a lack of drivers.

“There is the pingdemic too, which so far has not affected us in terms of store staff.

“We have got away lightly. But it has affected haulage firms.

“The hot weather also means certain products are in greater demand. Altogether that means there will be more gaps than usual.” 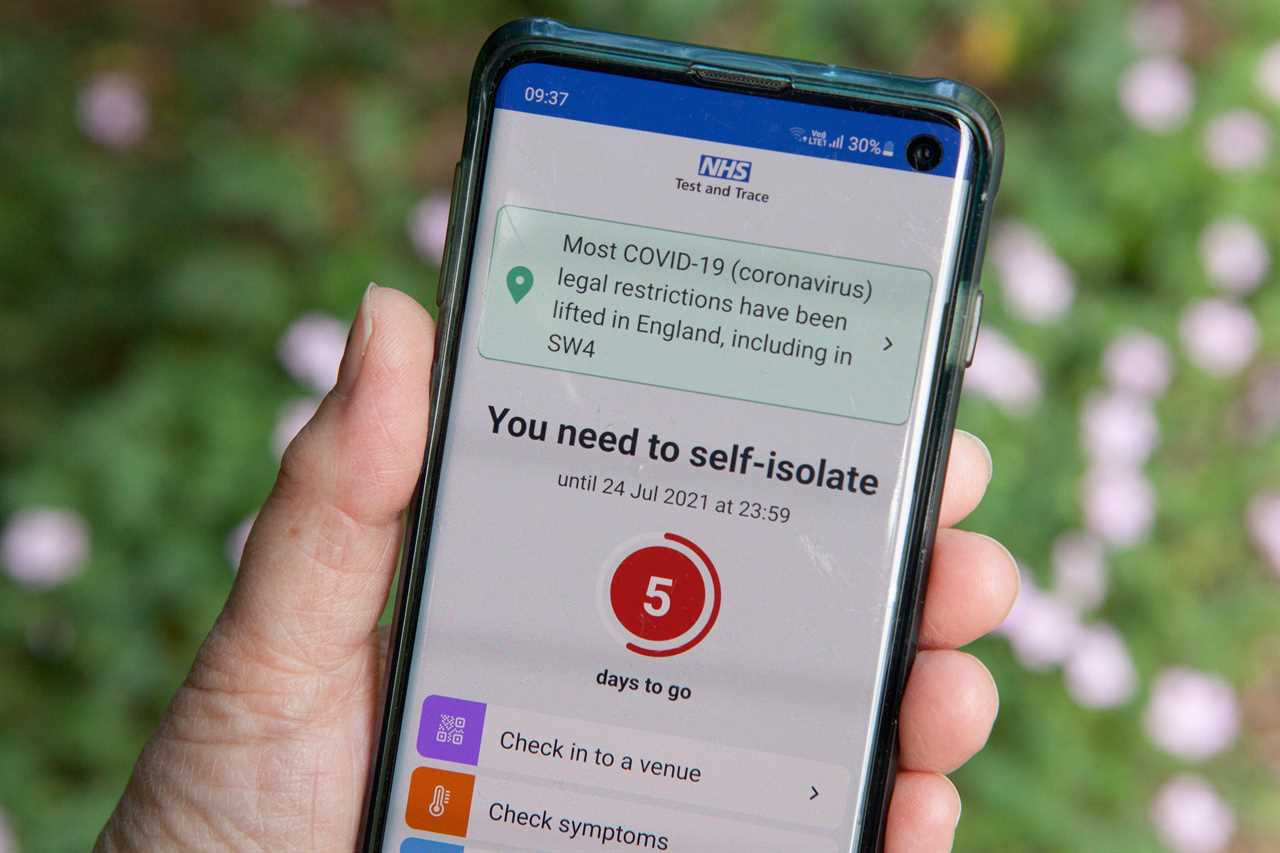 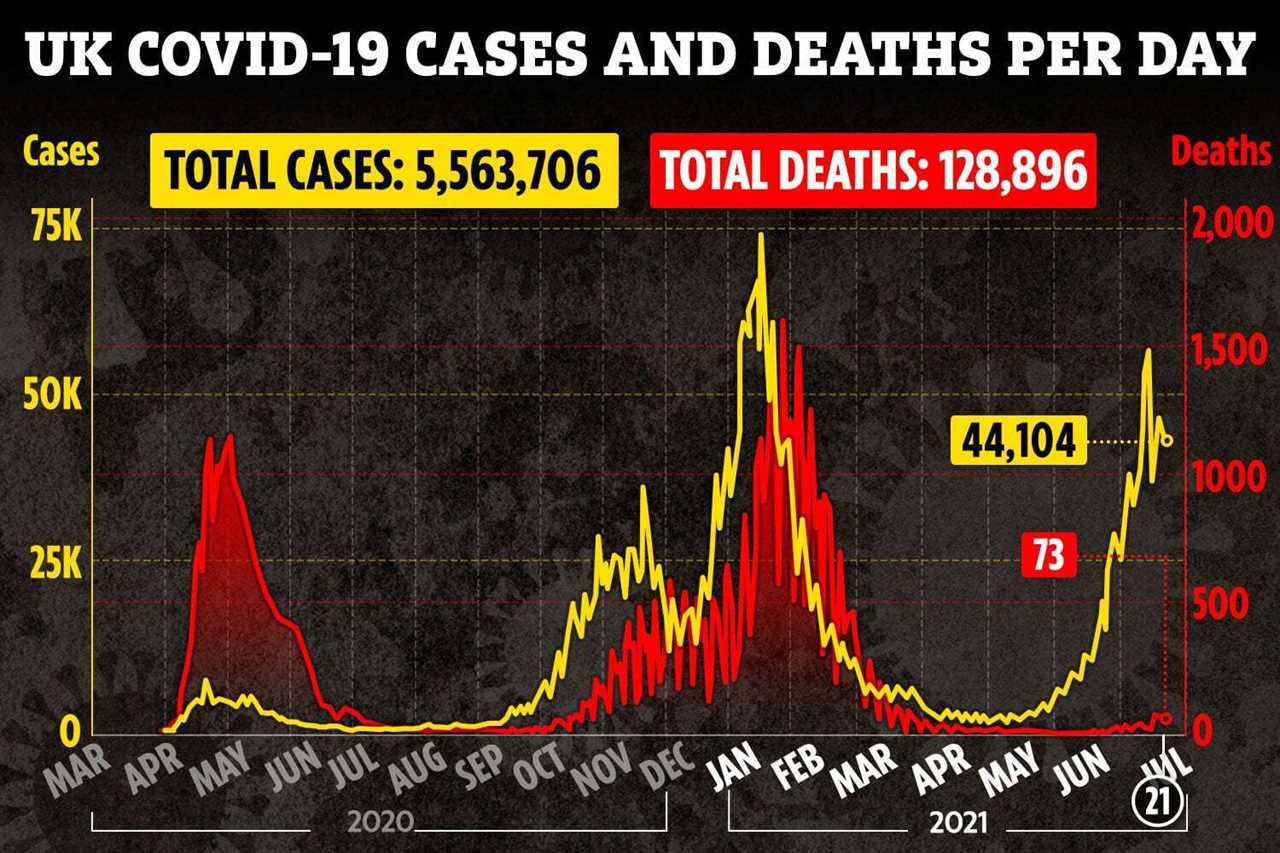