BRITS longing for a sunshine break abroad may find Turkey is off the travel list – after the country imposes its first-ever Covid lockdown as its..

BRITS longing for a sunshine break abroad may find Turkey is off the travel list – after the country imposes its first-ever Covid lockdown as its crisis becomes the worst in Europe.

A quarter of Turks have now been given at least one coronavirus jab – but despite that, cases have surged drastically. 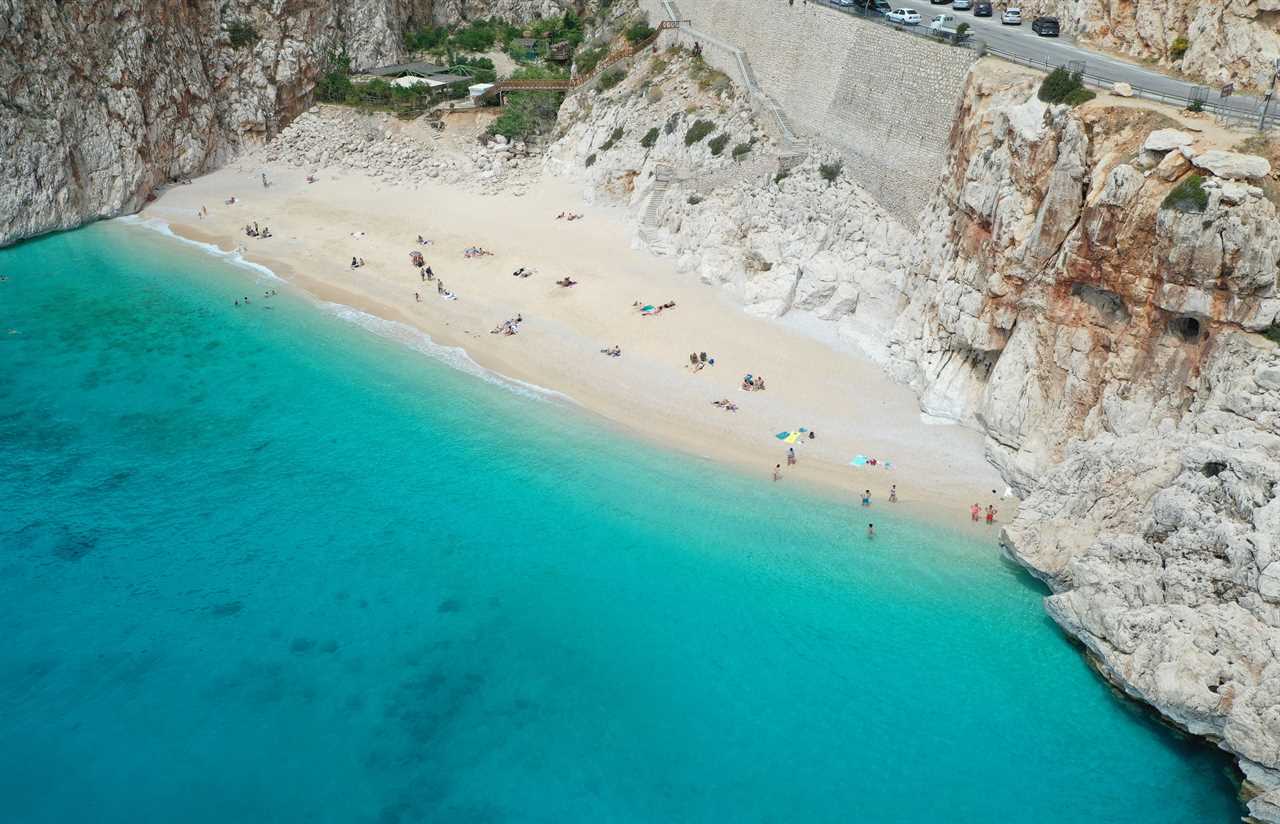 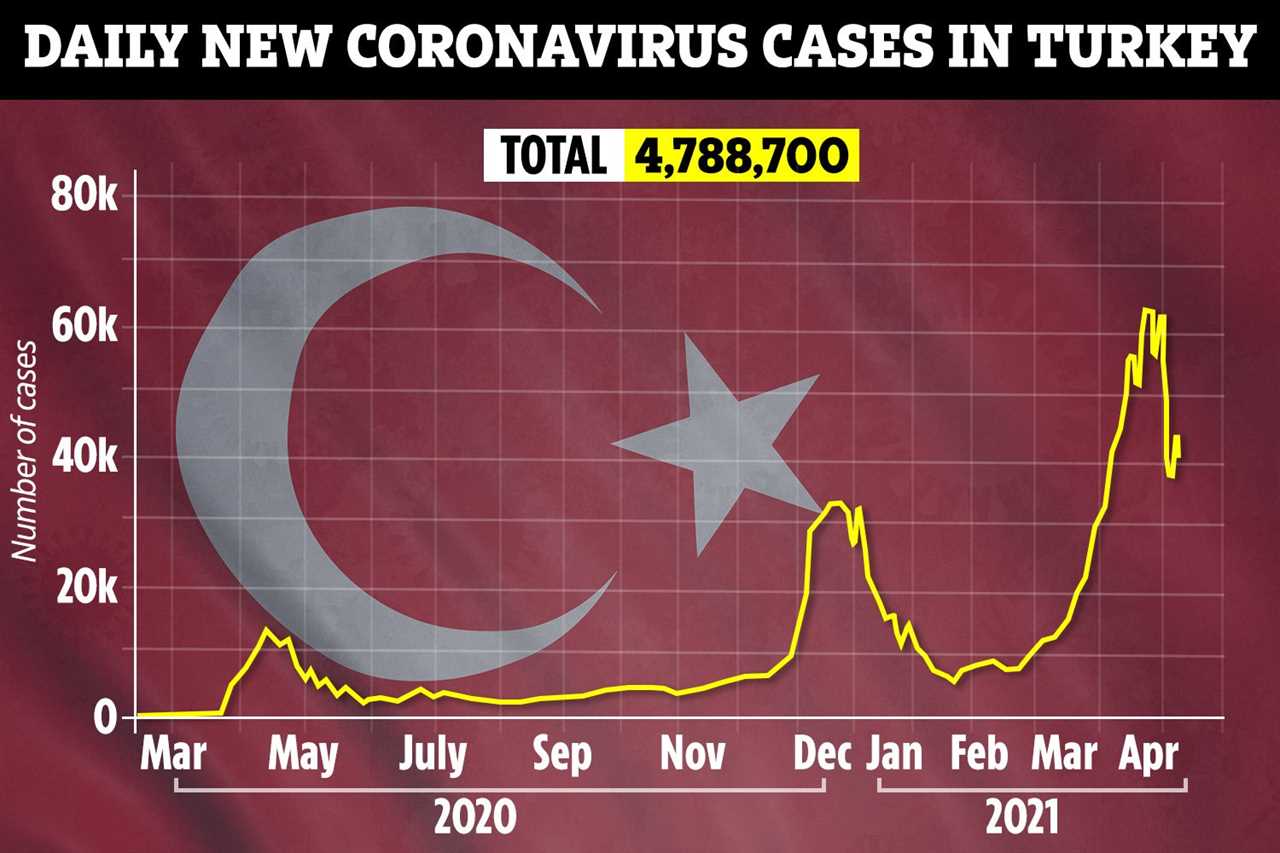 The country’s Covid cases are surging – and tonight, it’ll go into its first full lockdown

And while just six weeks ago it was hoped the country may soon reopen to holiday-makers, it’s likely the spike could delay the return of visitors heading away for a much-needed break.

At the beginning of March, Turkish officials said they were prepared to let in unvaccinated British tourists, as long as they’d received a negative test.

But under Boris Johnson’s traffic light system for foreign travel, which will use a three-colour guide to allow Brits to take trips abroad this summer, Turkey could be facing bad news as it tries to reopen.

Anyone arriving from a ‘red list’ country – which at the moment includes India – would need to take three tests and check into a quarantine hotel for 10 days, at a cost of £1,750.

And while Turkey is among the countries keen to invite visitors back – alongside Greece, Spain, Portugal and France – it looks likely to go on the ‘amber list’.

Arrivals from amber list countries would have to take a number of PCR Covid tests, as well as quarantining at home for 10 days.

International travel is currently set to open for Brits again from May 17, although this has not been confirmed by the Government. 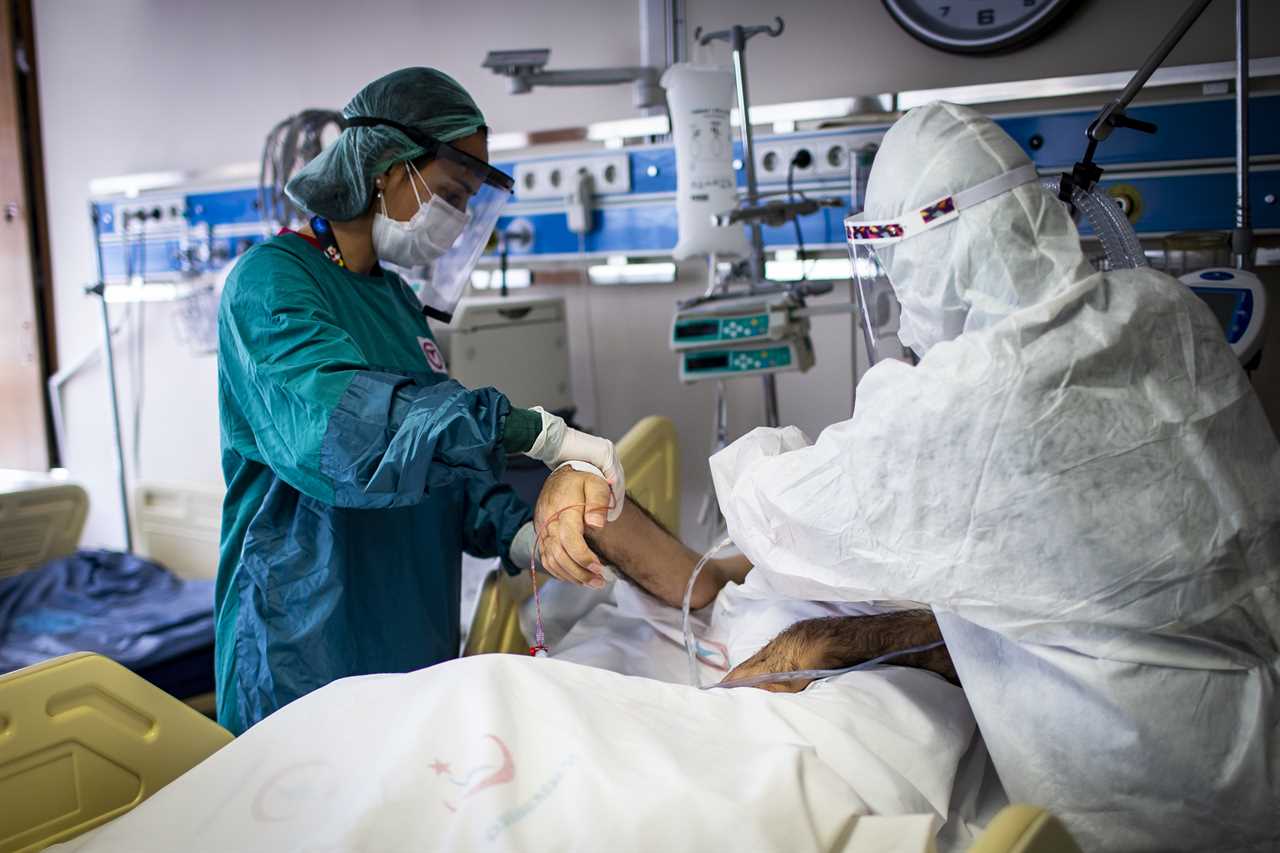 Turkey was hailed as one of Europe’s big success stories, but since restrictions eased in March, cases have soared 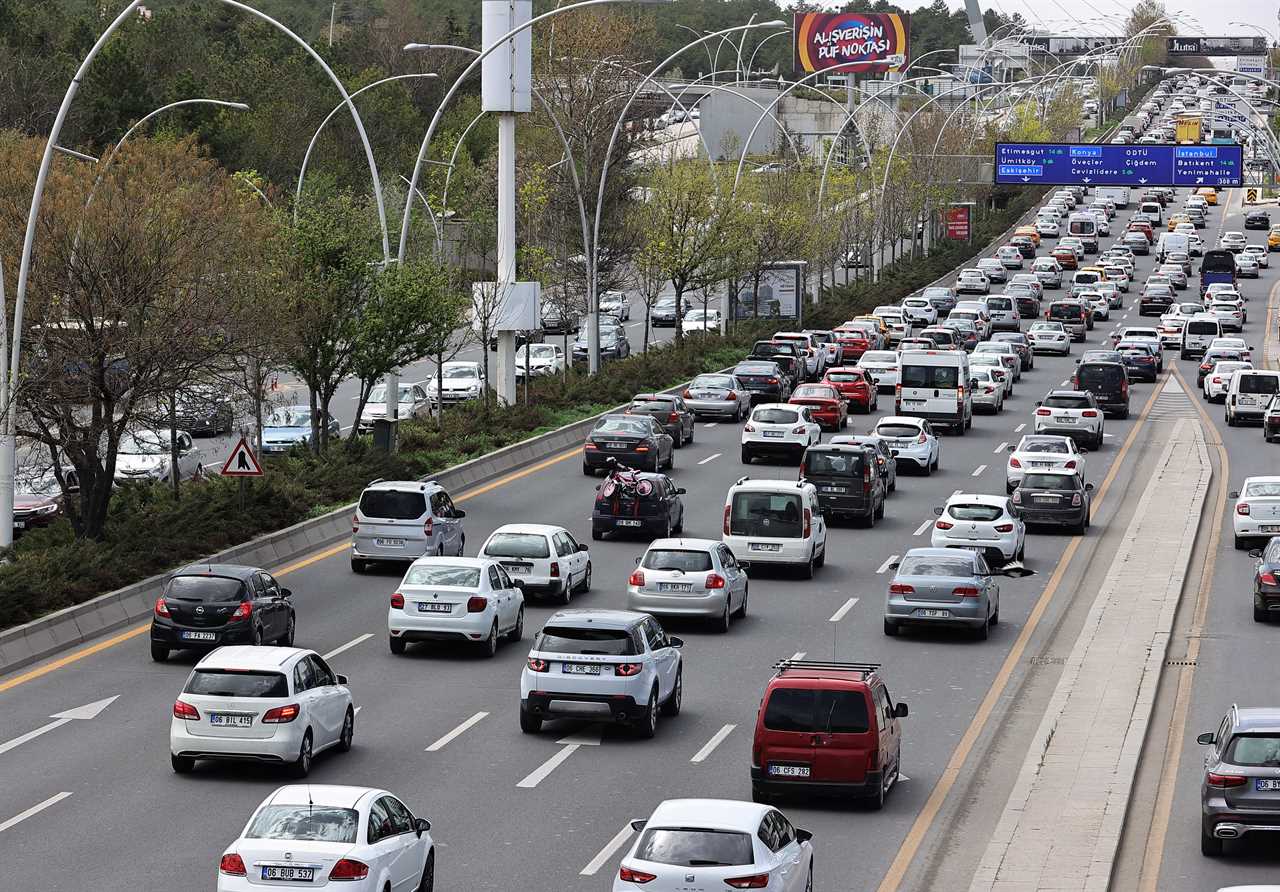 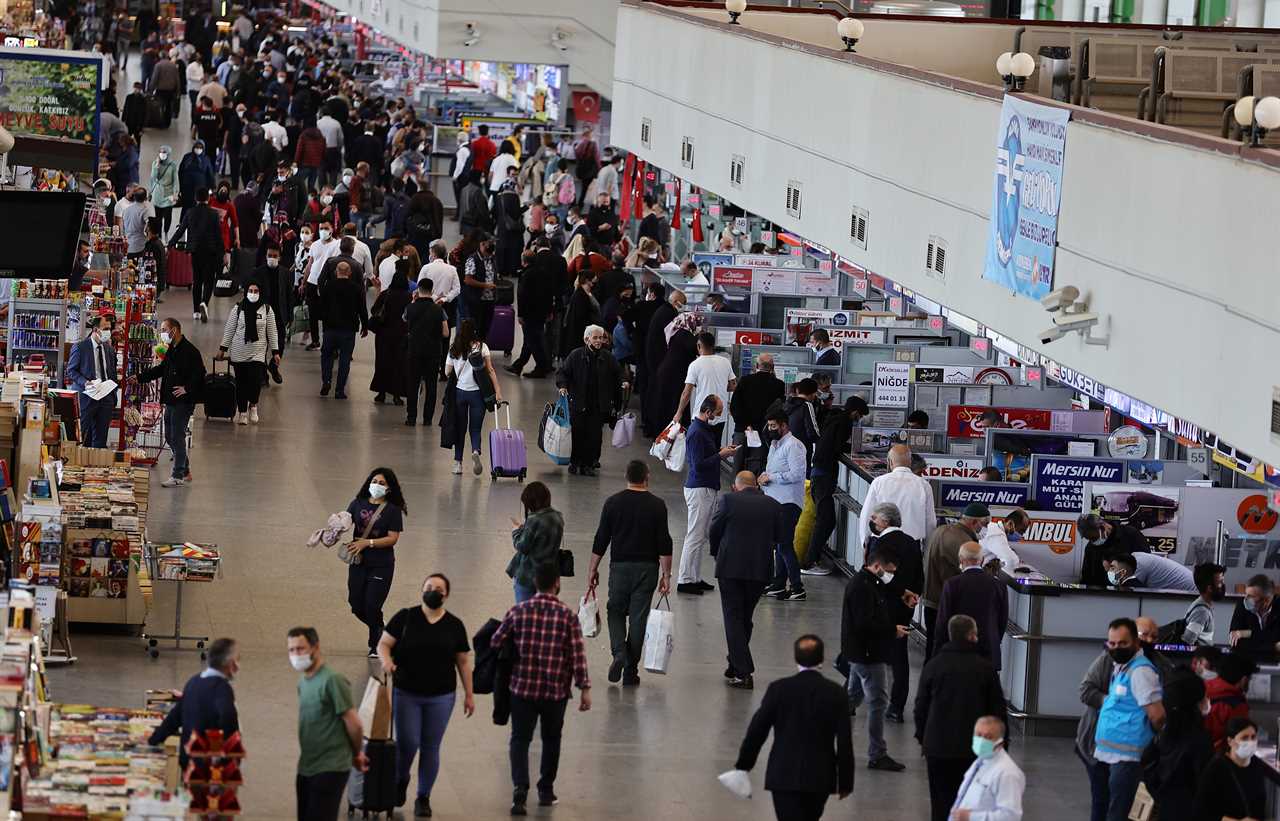 Today, roads and markets were busy as locals prepared for the restrictions

This time last year, Turkey was hailed as a success story. But it’s now one of the countries worst-affected by the deadly bug, with the highest current infection rate in Europe.

Cases fell to around 6,000 per day in mid-February after a second period of restrictions came into force in November.

But as soon as restrictions eased in March, a new wave struck.

The government then U-turned to tighten up restrictions at the beginning of April.

The country’s first true lockdown has now started. It won’t end until at least May 17.

Under the restrictions, locals must stay at home but for essential shopping trips and to receive urgent medical treatment.

Travel between cities will require official approval, while schools will close and there’ll be strict capacity limits on public transport.

More than 22million people have been vaccinated so far. The country’s population is 82m.