But actually she was a bag of nerves and would spend “the next few days on the loo”. She had ‘scanxiety’ – panic ahead of annual scans to see if the stage three breast cancer she was first diagnosed with in 2008, then aged 50, had returned. 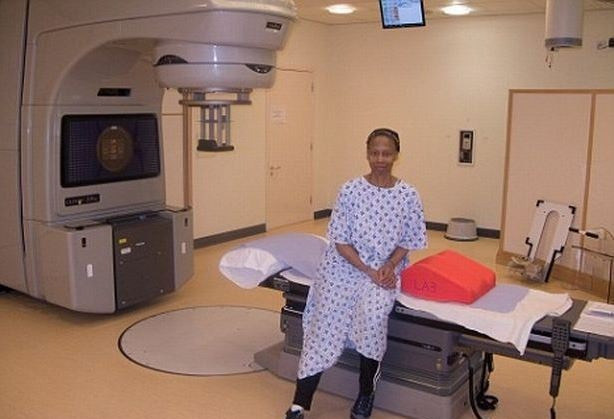 Trisha, pictured while suffering from cancer,

“Days later I would fly from America to London and onto Norwich for blood tests, a smear and mammogram,” Trisha says. “Since developing the cancer I have what I call my health MOT every year and still I always get anxious.

“It takes you back to those dark days when you were living with cancer.”

Trisha, who lives full-time in Connecticut, USA, but in pre-pandemic times would return to the UK every four to six weeks, survived the same cancer which has since hit several of her close friends.

“Doctors say I am in remission but I say cured,” the 63-year-old who’s filming a revamped version of You Are What You Eat says. But the impact of it on her has been long-lasting – and she’s terrified people are ignoring cancer signs during the pandemic. 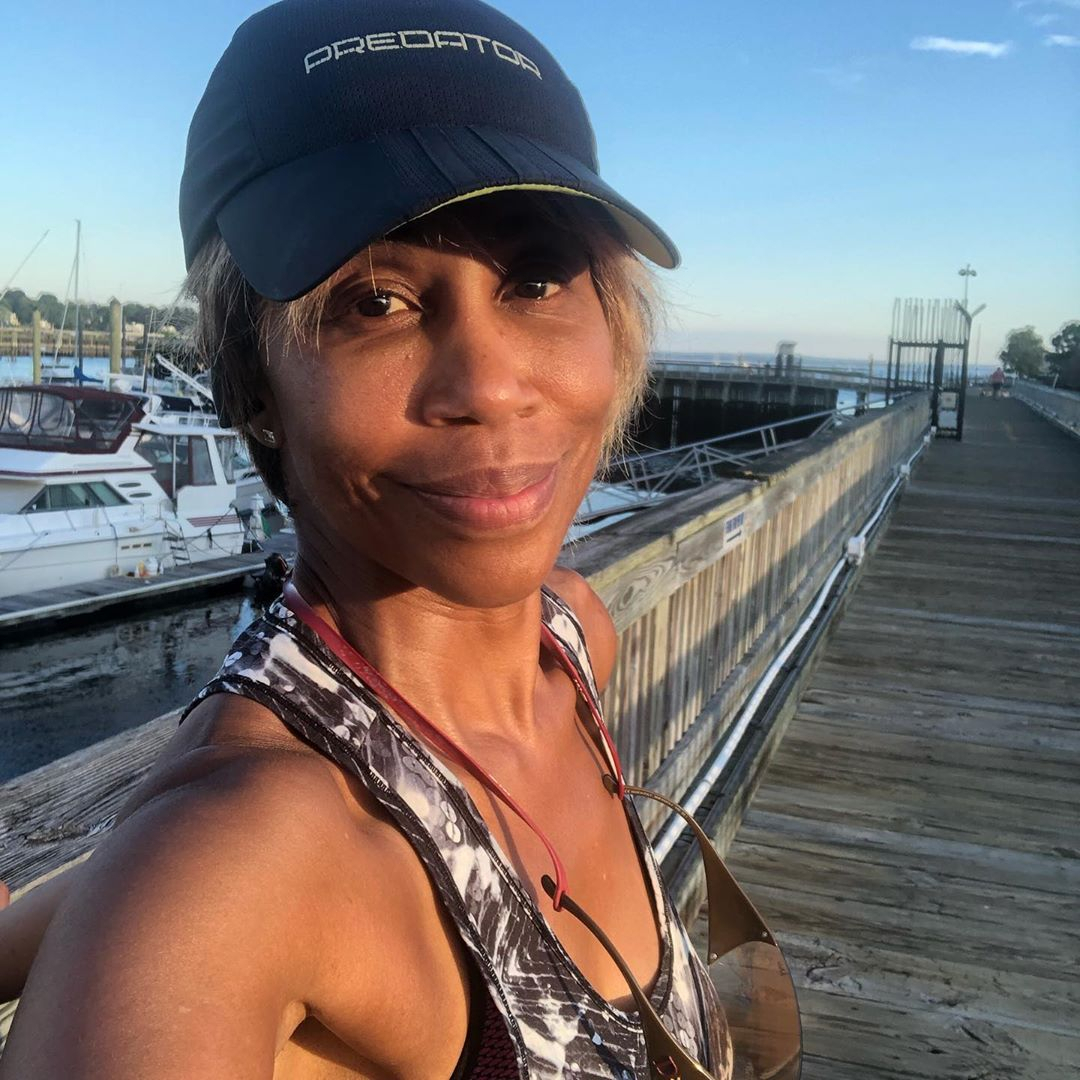 Trisha says she still gets nervous ahead of scans

Her fears are not unfounded. In a comment article published in Lancet Oncology experts from four universities wrote: “It is likely that patients with well recognised ‘red flag’ symptoms such as a new lump or rectal bleeding will continue to present to primary care.

“However, with covid at the forefront, vague cancer symptoms such as fatigue, change in bowel habit and weight loss may be dismissed by the patient as trivial. Respiratory symptoms including persistent cough may be attributed to Covid-19 and not acted on.”

“To put it bluntly if I had ignored my cancer I wouldn’t be here,” says Trisha, explaining how – aged 50 – she was being treated for a running injury when the doctor asked her when her last mammogram was. “I admitted I was overdue one,” she says.

“They did a mammogram and it emerged I had cancer. I was so shocked but my character is as such that I thought ‘how will I beat this?’

“So to realise people aren’t going to the doctor with symptoms – maybe because they are worried about catching coronavirus or don’t want to burden the NHS – well, it scares the crap out of me.

“If I had waited, well I don’t want to go there. 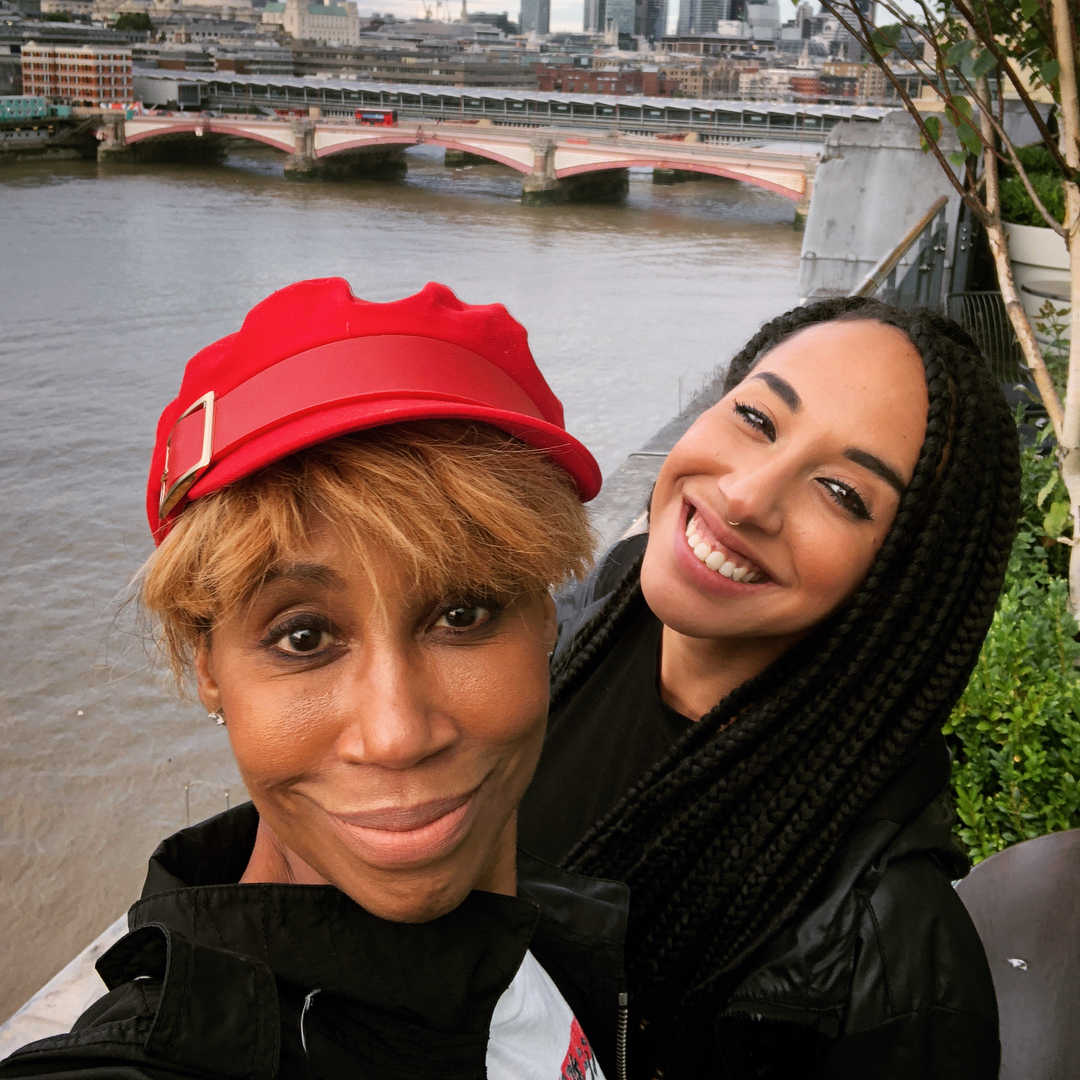 Trisha, pictured with her daughter Billie

“Several years after my treatment, my younger half sister had breast cancer.

“You aren’t a burden if you go to the doctor with symptoms – it’s like my mum used to say: ‘a stitch in time saves nine’.

“People missing mammograms and smears horrifies me. I would drag my girl to the doctor to get a smear.

“I love life and was desperate to see my girls, Billie, 31, and Madison Grieve, 26, grow up – so people must continue to shout about their concerns and go for routine tests like smears and mammograms. They need to ignore the innate British politeness and say when something is wrong.”

Trisha feels this way despite admitting the seven months of chemotherapy, two lots of surgery and radiation was especially gruelling for her – and 13 years after she was first diagnosed still has an impact. 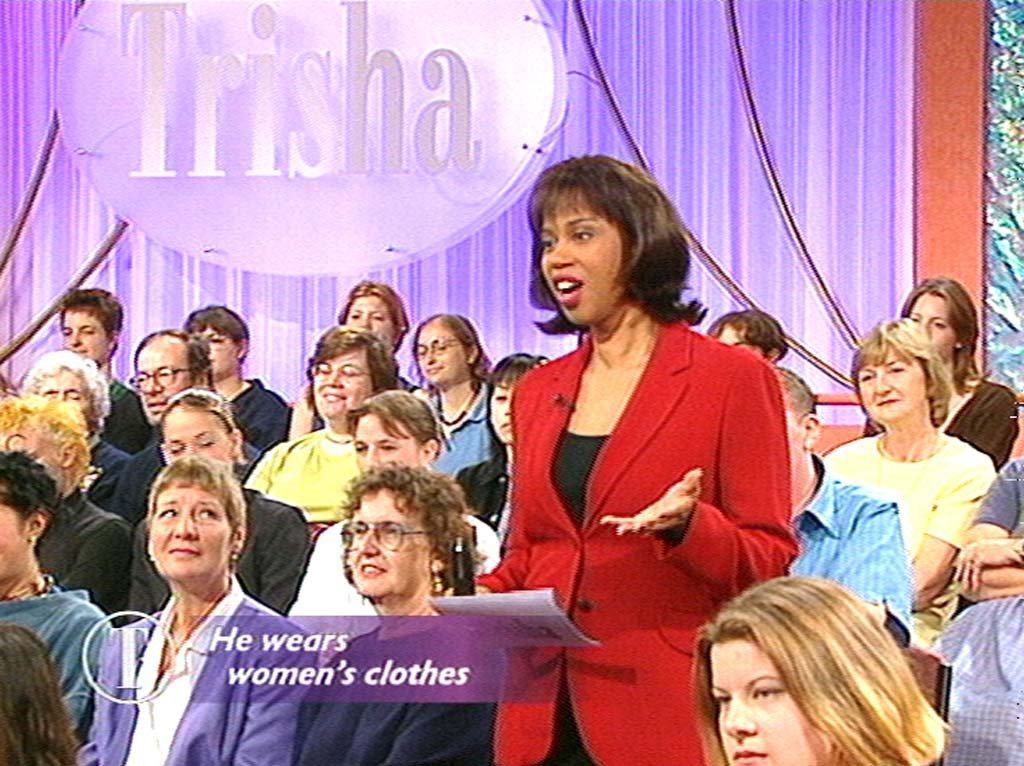 She posted her popular show Trisha for years

“I reacted very badly to it,” Trisha says. “I already had early onset glaucoma – a condition where the optic nerve becomes damaged – before my chemo, but the chemotherapy precipitated an eye infection that was very severe and further damaged my eyes. My eyes took a beating.

“However, this didn’t emerge until some time later. I was driving along the road in America and had to pull over as I thought I was going totally blind as my peripheral vision faded.”

She has also lost a “fair amount” of feeling in her left arm, a result of her lymph nodes being removed to stop the cancer spreading.

“So when I had my two covid vaccinations I made sure they did them in the right arm,” she says.

“Because I’ve got no lymph nodes when I fly I have to wear pressure sleeves or my arm will balloon up.

“I can’t carry anything heavy. I have to be careful when I weight train. I’ve got pressure sleeves in every bloody handbag. The upside is I’m breathing.

“When I’m ice-skating, which is something I love, I’ve learnt to fall on my right-hand side. I know if I fall on my left-hand side I could be in trouble.

“I carry antiseptic pads everywhere because I’ve lost a fair amount of feeling, so I won’t be able to feel anything… I always spray myself with insecticide on that arm.”

During the second round chemotherapy she underwent, Trisha suddenly experienced the menopause in “48 hours” – a result of the drugs she was taking.

“To quote Jennifer Saunders ‘it was like being thrown at the wall’,” she says. “Normally it would take about three or four years to go through the menopause. 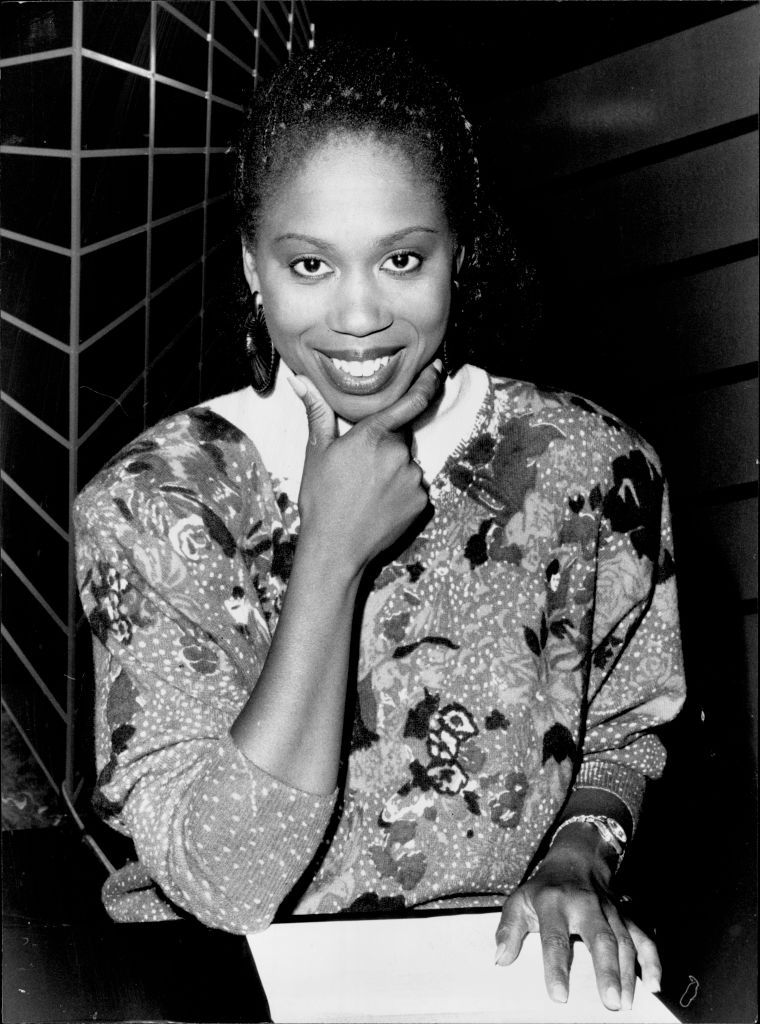 Pictured in her younger years

“At the time there’s so much else going on I just took it.

“I had a really bad reaction to chemo, I didn’t know it at the time as I didn’t go to support groups, that’s not very me.

“I got mouth ulcers everywhere – my bum, my teeth.

“I developed very severe thrush all down my oesophagus and I couldn’t brush my teeth.”

But she says she learnt tricks to combat the horrendous side effects as she went along.  “You gargle with aspirin,” she says. “I’ve now made up a chemo kit for friends who are undergoing it with thrush cream and soluble aspirin.”

One thing she didn’t suffer from was weaker bones, like many women who’ve undergone chemotherapy do – a result of their medication. 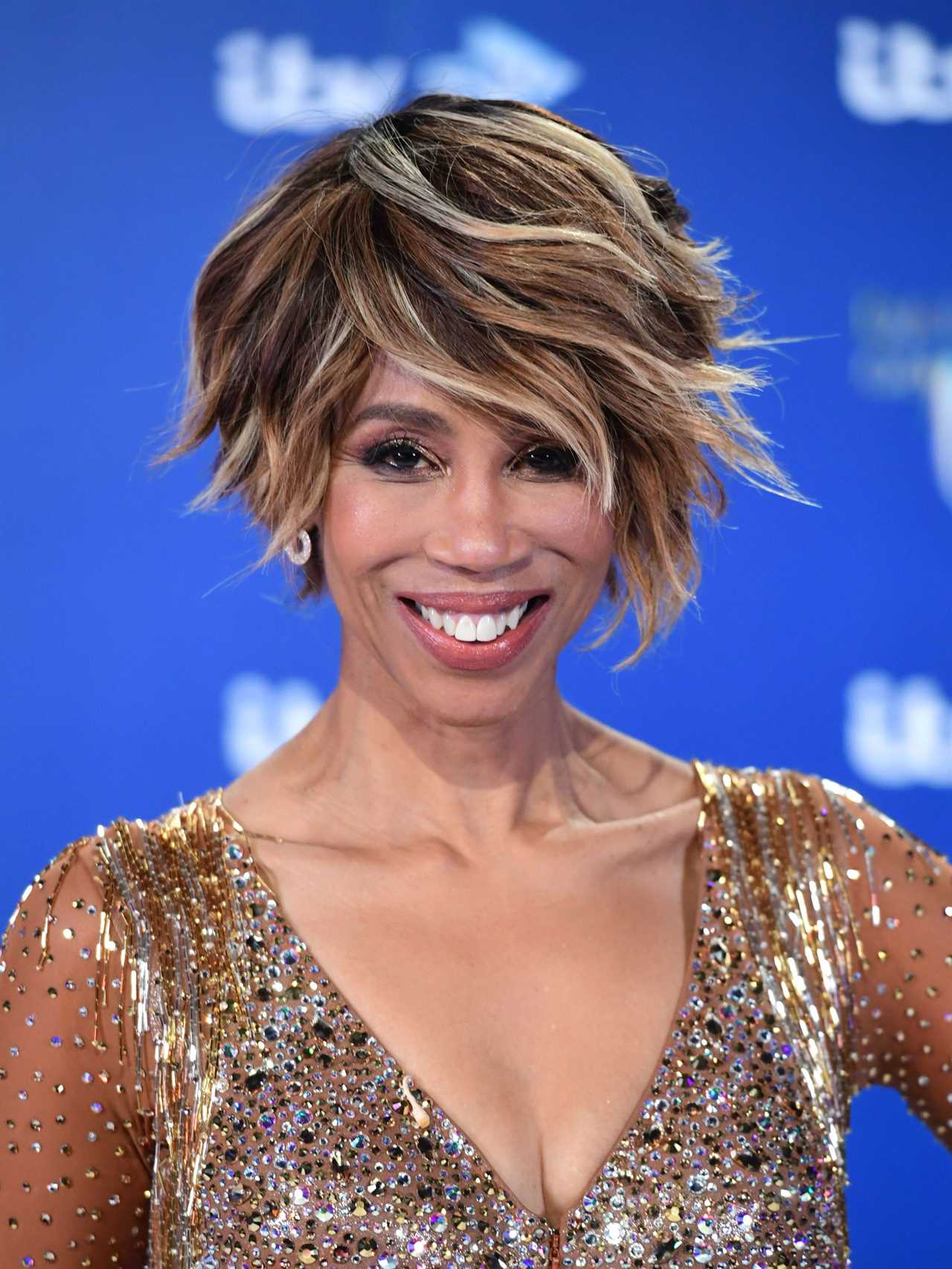 Her main base in now in America

But her realisation that many women undergoing chemotherapy do – she recalls seeing women half her age struggling on crutches – has promoted her to become an ambassador for the Royal Osteoporosis Society (ROS).

Trisha says it is a result of the exercise she took during, before and after treatment which prevented her from developing osteoporosis. “People would say you are so lucky running through chemo – but I would stagger,” she says. I would stagger from tree to tree and wanted to collapse.”

But she dismisses claims she’s “brave”. “I love life and I hate it when people call me brave,,” she says. “I’m not brave, I just wanted to stay alive. Bravery would be refusing all treatment and going to your grave.”

And she was full of praise for the NHS. She says: “I love the NHS. Both my parents worked for it, my daughter works for it.

“I know people in America whose insurance doesn’t cover it and they’ve sold their house for treatment. No one sells their house here.

“In America it costs $2.2k (£1.5k) a month to insure myself. But I can fly back business class here every four to six weeks for half the cost of that.

“It’s cheaper for me to come back and I use the NHS and also go private.

“I’m so grateful for chemotherapy – it might have drained me but it also saved my life.”

Trisha has become an ambassador for the Royal Osteoporosis Society and has donated her fee from this article to the charity. For more information on them visit https://theros.org.uk/

In more news, Trisha told how she supported GMB’s Alex Beresford after his row with Piers over Meghan Markle.

And she previously opened up about her traumatic back story on Pier Morgan’s Life Stories – for more details read all about it here.