Where Facts Were No Match for Fear 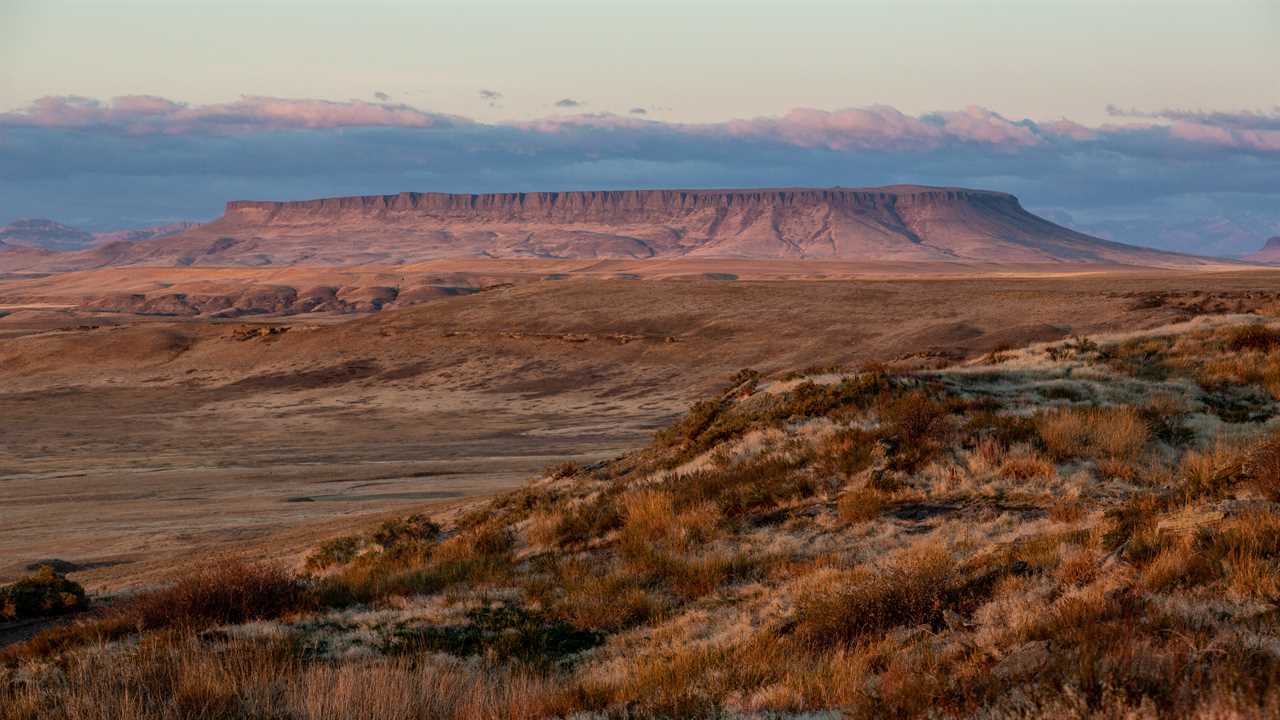 GREAT FALLS, Mont. — In the summer of 2020, as pandemic shutdowns closed businesses and racial justice protests erupted on American streets, Rae Grulkowski, a 56-year-old businesswoman who had never been involved in politics but was alarmed about what was happening to the country, found a way to make a difference locally.

The connection to the turbulence of national politics might not have been immediately clear.

Ms. Grulkowski had just heard about a years-in-the-making effort to designate her corner of central Montana a national heritage area, celebrating its role in the story of the American West. A small pot of federal matching money was there for the taking, to help draw more visitors and preserve underfunded local tourist attractions.

Ms. Grulkowski set about blowing up that effort with everything she had.

She collected addresses from a list of voters and spent $1,300 sending a packet denouncing the proposed heritage area to 1,498 farmers and ranchers. She told them the designation would forbid landowners to build sheds, drill wells or use fertilizers and pesticides. It would alter water rights, give tourists access to private property, create a new taxation district and prohibit new septic systems and burials on private land, she said.

None of this was true.

Yet it soon became accepted as truth by enough people to persuade Montana’s leading Republican figures and conservative organizations, including the farm bureau, Gov. Greg Gianforte and Senator Steve Daines, to oppose the proposal and enact a state law forbidding the federal government to create any heritage area in Montana. It is a ban that the state has no authority to enforce.

Which is how a humble bid for a small serving of Washington pork by a group of local civic boosters became yet another nasty skirmish in the bitter nationwide struggle between the forces of fact and fantasy.

From her point of view, the tale of Ms. Grulkowski’s one-woman crusade is a stirring reminder of the power of political activism. “I thought, ‘Here’s the world going crazy,’” she said, explaining her motivation.

From the vantage point of informed democratic decision making, it’s a haunting tale about how a sustained political campaign can succeed despite — or perhaps as a result of — being divorced from reality.

“Misinformation is the new playbook,” Bob Kelly, the mayor of Great Falls, said. “You don’t like something? Create alternative facts and figures as a way to undermine reality.”

The dispute has split communities, become a wedge issue in this fall’s political campaigns and left proponents of the heritage area flummoxed at their collective inability to refute falsehoods once they have become accepted wisdom.

“We’ve run into the uneducable,” Ellen Sievert, a retired historic preservation officer for Great Falls and surrounding Cascade County, said. “I don’t know how we get through that.”

Most of the heritage area’s key supporters are Democrats, and virtually all of its opponents are Republicans. But partisanship doesn’t explain everyone’s positions.

Steve Taylor, a former mayor of Neihart (pop. 43) whose family owns a car dealership in Great Falls, is a conservative who voted for Donald J. Trump twice, though he said he has regretted those votes since the Jan. 6 Capitol riot. Fellow Republicans, he said, have painted the heritage area as a liberal plot.

“They make it a political thing because if you have a Democrat involved, then they are all against it,” he said. “It’s so hard to build something and so easy to tear it down. It’s maddening. It’s so easy to destroy something with untruths.”

Congress and President Ronald Reagan created National Heritage Areas in the 1980s as a partnership between the National Park Service and local boosters, who are required to match federal investment with funds raised locally. The 55 existing heritage areas, in 34 states, recognize, among other histories, metropolitan Detroit’s automotive background, Utah’s Mormon pioneers and Tennessee’s part in the Civil War. They collectively receive about $21 million annually — a pittance in the park service’s $3.5 billion budget — and have no impact on private property rights, a finding confirmed in a 2004 report by the U.S. General Accounting Office.

The proposal for the Big Sky Country National Heritage Area, encompassing most of two central Montana counties that are together roughly the size of Connecticut, was the brainchild of Jane Weber, a U.S. Forest Service retiree who spent a decade on the Cascade County Commission.

Beginning in 2013, Ms. Weber teamed up with local preservationists, formed a nonprofit, enlisted local businesses and raised $50,000 for a required feasibility study. In 2014, the Great Falls City Commission included the heritage area as part of its official growth policy.

The proposal would take in four National Historic Landmarks: Lewis and Clark’s portage route around Great Falls; Fort Benton, a pioneer town along the Missouri River that was the last stop for steamships heading west from St. Louis in the 1800s; the First Peoples Buffalo Jump, a steep cliff over which Blackfoot hunters herded buffalo to their deaths; and the home and studio of C.M. Russell, the turn-of-the-century “cowboy artist” whose paintings of the American West shaped the popular image of frontier life.

The park service requires demonstrations of public support, which Ms. Weber and her allies solicited. For six years, the process went on largely undisturbed. Ms. Weber hosted dozens of public meetings and was a regular on local radio stations. Opponents made scarcely a peep.

Then the 2020 political season arrived.

With the coronavirus ravaging the economy and protests lighting up her computer screen, Ms. Grulkowski said, she walked into a local Republican Party office one day and asked what she could do to help. Someone told her to attend a meeting. So she did.

There, she heard a presentation by Jeni Dodd, a former reporter for The Great Falls Tribune, who was running in a Republican primary for the Montana State Senate. Ms. Dodd had latched on to the heritage area as a waste of public money and a thicket of conflicts of interest for board members and elected officials. She wrote essays in local weeklies and started a Facebook group calling the proposal a “Big Sky Boondoggle.” It didn’t get much traction.

But Ms. Grulkowski’s interest was piqued.

At the time, she was becoming engrossed in the online world of far-right media. From her home on 34 acres in Stockett, a farming community of 157 people south of Great Falls, she watched videos from outlets like His Glory TV, where hosts refer to President Biden as “the so-called president.” She subscribed to the Telegram messaging channel of Seth Keshel, a prolific disinformation spreader.

And she came across a vein of conspiratorial accusations that national heritage areas were a kind of Trojan horse that could open the door to future federal land grabs.

When Ms. Grulkowski, who owns a septic cleaning company, tried using Ms. Dodd’s group to push the idea that Montanans’ property rights were at risk, Ms. Dodd kicked her out for promoting lies.

“I’m not happy with people saying it will seize your property, because that is disingenuous,” Ms. Dodd said. “I said to her, ‘I think you need to be careful about the message. It isn’t actually the way that it works, what you’re saying.’”

But Ms. Grulkowski plowed ahead.

One of her letters reached Ed Bandel, the local board member for the Montana Farm Bureau Federation, a powerful lobbying force. Mr. Bandel, who grows wheat and peas for energy bars on 3,000 acres, persuaded the farm bureau to oppose the heritage area and enlisted other agriculture groups to follow suit.

By May, their campaign had reached the state capital, where Mr. Gianforte signed the bill barring any national heritage area in Montana after it passed on a near-party-line vote. A heritage area, the bill’s text asserted, would “interfere with state and private property rights.”

In two hours of talking at his farm, Mr. Bandel could offer no evidence to back up that claim. He said he distrusted assurances that there were no such designs. “They say, ‘Don’t worry, we’re going to do it right. Don’t worry, we’ll take care of you. I think Adolf Hitler said that, too, didn’t he?” Mr. Bandel said. “The fear of the unknown is a huge fear.”

Mr. Bandel said he trusted Ms. Grulkowski with the details.

But when pressed, Ms. Grulkowski, too, was unable to identify a single instance of a property owner’s being adversely affected by a heritage area. “It’s not that there are a lot of specific instances,” she said. “There’s a lot of very wide open things that could happen.”

That somewhat amorphous fear was more the point.

Outside of a poultry coop, as her chickens and ducks squawked, Ms. Grulkowski ticked through the falsehoods she had read online and accepted as truths in the past year: The Covid vaccine is more dangerous than the coronavirus. Global child-trafficking rings control the political system. Black Lives Matter was responsible for the Jan. 6 attack on the Capitol. The United Nations is plotting to control world population and seize private land. Mr. Trump was the rightful winner of last year’s election. Even in Cascade County, where Mr. Trump won 5 percent of the vote, Ms. Grulkowski argued that 3,000 illegal votes were cast.

“We didn’t believe in any of that stuff until last July,” Ms. Grulkowski said. “Then we stumbled on something on the internet, and we watched it, and it took us two days to get over that. And it had to do with the child trafficking that leads to everything. It just didn’t seem right, and that was just over the top. And then we started seeing things that are lining up with that everywhere.”

One thing Ms. Grulkowski does not do — because she refuses to pay — is read The Great Falls Tribune, the local daily. It’s not what it once was, with just eight journalists, down from 45 in 2000, said Richard Ecke, who spent 38 years at the paper before the owner, Gannett, laid him off as opinion editor in 2016. He is vice chairman of the proposed heritage area’s board.

In the paper’s place, information and misinformation about the heritage area spread on Facebook and in local outlets that parroted Ms. Grulkowski. Last winter, a glossy magazine distributed to Montana farmers put the subject on its cover, headlined “Intrusive Raid on Private Property Rights.”

Ms. Grulkowski badgered supporters of the heritage area to withdraw financial backing. She raised the money to plaster the “Just Say No!” message on billboards along Interstate 15 and on Highway 87 into Fort Benton, and on bus-stop benches in Great Falls.

Three of the heritage area’s board members quit in frustration. Ms. Weber herself resigned from the Cascade County Commission last December after her fellow commissioners voted to oppose the heritage area.

“It’s very easy to take fear and mistrust and make it work for you. It’s very hard to fight back against all of that,” Ms. Weber said. “It’s kind of like trying to convince someone to get vaccinated.”

“It’s a legitimate concern anytime you have anybody telling you a possibility of someone telling you: You can do this or you can do that with your own property,” Fred Burow, an auctioneer challenging Mr. Kelly for the mayoralty, said.

Ms. Grulkowski now has ambitions beyond Montana. She wants to push Congress not to renew heritage areas that already exist.

Buoyed by the trust her neighbors have placed in her, she has begun campaigning for Ms. Weber’s old seat on the county commission, in part to avenge the way she feels: mistreated by those in power.

She doesn’t feel she’s been told the whole truth.