Some Republican leaders are speaking out in favor of Covid vaccines.

As the Delta variant rips through conservative swaths of the country, some elected Republicans are facing growing pressure from public health.. 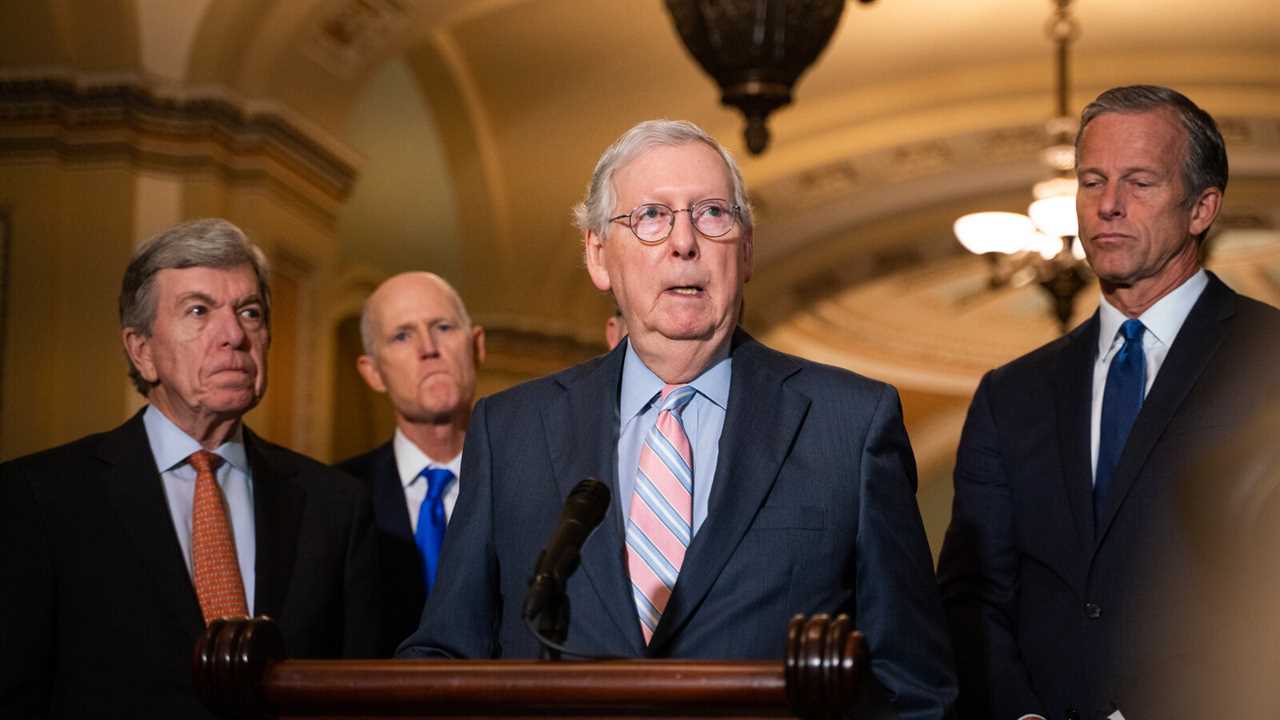 As the Delta variant rips through conservative swaths of the country, some elected Republicans are facing growing pressure from public health advocates to speak out — not only in favor of inoculating their constituents against the coronavirus, but against media figures and elected officials who are questioning the efficacy of the vaccines.

“We don’t control conservative media figures so far as I know — at least I don’t,” Senator Mitt Romney, Republican of Utah, said in an interview on Wednesday. “That being said, I think it’s an enormous error for anyone to suggest that we shouldn’t be taking vaccines. Look, the politicization of vaccination is an outrage and frankly moronic.”

Republican senators who favor vaccination are still taking pains not to mention the names of colleagues, such as Senators Ron Johnson of Wisconsin and Rand Paul of Kentucky, who have given voice to vaccine skepticism, or media personalities like Fox News Channel’s Tucker Carlson, who expresses such skepticism almost nightly.

Vaccines are indeed effective against the Delta variant, and nationwide, the numbers remain at some of the lowest levels since the beginning of the pandemic.

“As a polio victim myself when I was young, I’ve studied that disease,” Senator Mitch McConnell of Kentucky, the Republican minority leader, said on Tuesday. “It took 70 years, 70 years, to come up with two vaccines that finally ended the polio threat. As a result of Operation Warp Speed, we have not one, not two, but three highly effective vaccines, so I’m perplexed by the difficulty we have finishing the job.”

“If you’re a football fan, we’re in the red zone but we’re not in the end zone yet,” he added, “and we need to keep preaching that getting the vaccine is important.”

Still, when asked about his conversations with vaccine skeptics in the Senate Republican Conference, Mr. McConnell demurred. “I can only speak for myself, and I just did,” he said.

Senior Republicans are clearly walking a fine line. They cannot afford to see a resurgent coronavirus disproportionately impact conservative voters, who have been fed a diet of misinformation about vaccines by right-leaning news outlets and commentators. But they cannot afford to alienate them either.

Senator John Cornyn, Republican of Texas, said on Wednesday that much of the skepticism surrounding vaccines “is based on conspiracy theories, unfortunately.”

On Wednesday, a group of Republican senators and House members introduced legislation to repeal mask mandates on public transport, dismissing the spread of the virus.

“The viral spread is collapsing and our normal lives are returning,” declared Representative Andy Biggs, Republican of Arizona.

But Mr. Cornyn also drew a distinction between densely populated urban areas like Houston and Dallas, where he said mass vaccination is vital, and smaller, spread out cities like Odessa and Midland where “social distancing is not a problem, let me say.”

The virus has not drawn that distinction. Some of the fastest growth is happening in smaller cities and rural regions, like parts of southern Missouri and northern Arkansas.

Mr. Romney tried to appeal to supporters of former President Donald J. Trump in those areas.

“People who support him applaud the fact that he moved heaven and earth to get vaccines developed on a timely basis,” Mr. Romney said. “He accomplished that and not taking advantage of that would be an insult to the accomplishment.”

As to his message to vaccine skeptics in his conference, Mr. Romney said, “they know where I stand.”