WASHINGTON — Republican aides are expected to challenge their Democratic counterparts on Friday in a debate before the Senate’s top rules enforcer.. 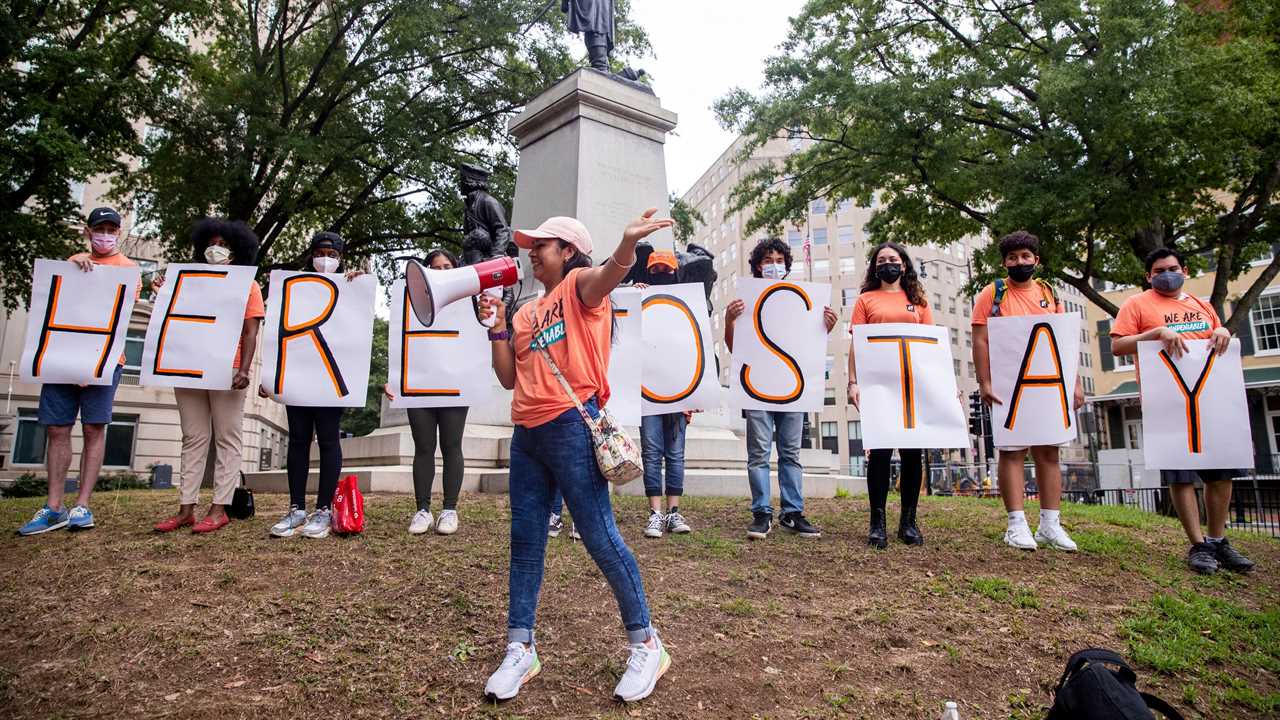 WASHINGTON — Republican aides are expected to challenge their Democratic counterparts on Friday in a debate before the Senate’s top rules enforcer that could determine whether as many as eight million undocumented immigrants have a path to citizenship.

The debate, which will take place behind closed doors, comes as House committees are drafting and advancing key components of a sweeping $3.5 trillion spending plan Democrats are pushing that would greatly expand the social safety net and test the bounds of the Senate’s rules.

Democrats have sought to include a long-sought overhaul of immigration law in the ambitious economic package, prompting objections from Republicans, who say the proposals are not truly budgetary in nature.

The aides — senior Democrats and Republicans with expertise in immigration law and the budget — are expected to meet with Elizabeth MacDonough, the Senate parliamentarian, who serves as the chamber’s arbiter of its own rules. It is unclear how quickly after the debate Ms. MacDonough will make a ruling.

Democrats are trying to maneuver the legislation through the fast-track process known as reconciliation, where 50 Senate Democrats can pass budget legislation with a simple majority vote, avoiding a filibuster. But to use the process, policy measures must pass what is known as the Byrd rule — named after Senator Robert C. Byrd of West Virginia — which states that any provision must have a direct effect on the budget and must be more than “merely incidental.”

Ms. MacDonough, a nonpartisan career official, has drawn criticism from Democrats before: In February, she barred the inclusion of a $15-an-hour minimum wage in the $1.9 trillion pandemic relief package, angering some progressives who complained about her outsize influence. Her decisions are merely advisory, but several Democratic senators have indicated they would be reluctant to overrule her.

Democrats are pushing to grant legal status to people brought to the United States as children, known as Dreamers; immigrants who were granted Temporary Protected Status for humanitarian reasons; close to one million farmworkers; and millions more whom Democrats consider “essential workers.”

The budgetary cost of the changes in immigration law — which affect health care benefits, Medicaid spending and tax credits — exceed $100 million. Moreover, Democrats estimate the legalization push would add $1.5 trillion to the U.S. economy over the next decade, creating more than 400,000 jobs.

Republicans, however, are resisting the proposals, arguing that they are tangential to the budget and that Congress should focus on securing the southern border before trying to overhaul immigration law.

Senator Richard J. Durbin of Illinois, the No. 2 Senate Democrat, said in a recent interview that he only pushed for the immigration overhaul to be included in the budget package after talks he had organized with a bipartisan group of 15 senators fell apart.

“Well, I tried,” Mr. Durbin said of his earlier attempt. “We had six or eight bipartisan meetings. I could never get anywhere near 10 Republican senators to attend and most of them would not consistently show up. There wasn’t enough interest on their side of the aisle on the subject.”

Time is running out for Dreamers, Mr. Durbin says, adding that a Supreme Court ruling against them could endanger the lives of hundreds of thousands of immigrants.

“If we don’t move, there’s a very real chance these people will be subject to deportation,” he said.

Kevin Kayes, a former assistant Senate parliamentarian who is advising the pro-immigration group FWD.us, said there was a stronger case for including immigration changes in the reconciliation process than raising the minimum wage.

“The minimum wage,” he said, “is a private-sector mandate. With immigration, we’re talking about a basic government function.”

Immigration advocates have readied some backup plans should the parliamentarian not rule in their favor, including updating the immigration registry.