On Monday morning, as columns of armored vehicles and soldiers paraded through Moscow in celebration of Russia’s 1945 victory over Germany in World.. 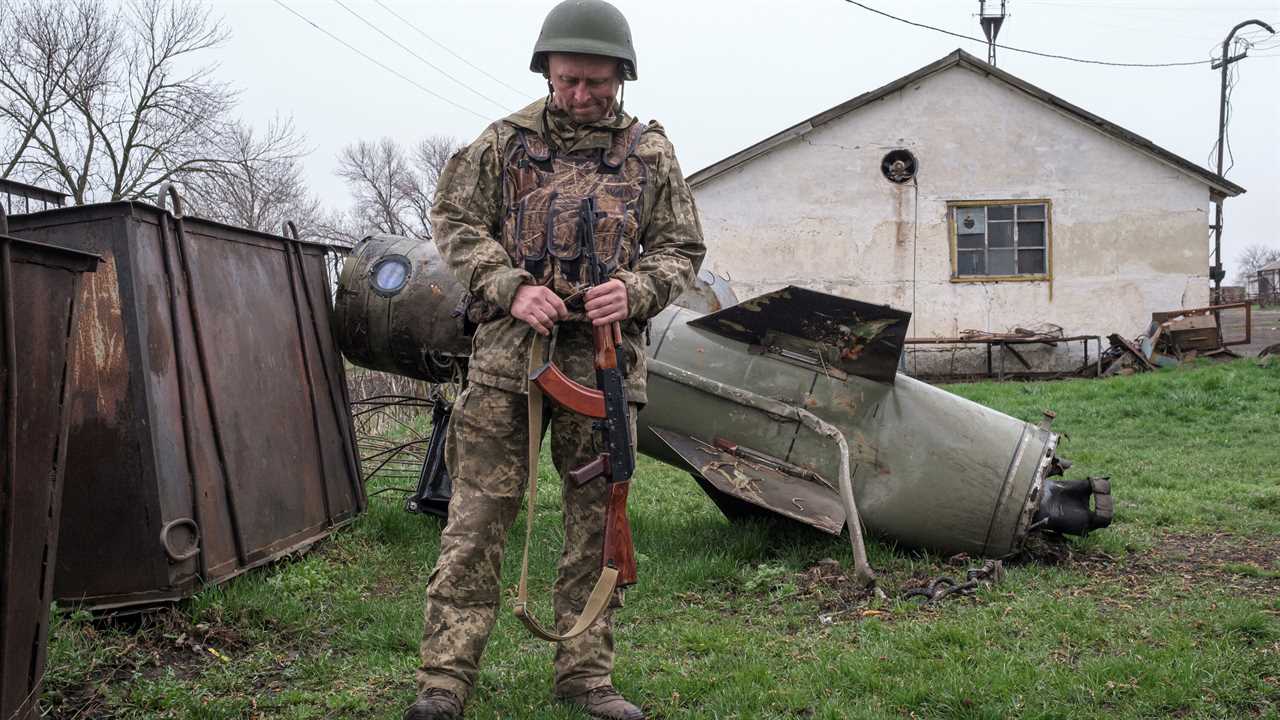 On Monday morning, as columns of armored vehicles and soldiers paraded through Moscow in celebration of Russia’s 1945 victory over Germany in World War II, one element of Russian military power was conspicuously missing: its warplanes. And though officials blamed their grounding on bad weather, Russian planes, pilots and air-to-ground weapons have all grossly underperformed in the war against Ukraine.

The absence underscored President Vladimir V. Putin’s failure to build a capable modern air force, as Russian aircrews race in and out of Ukrainian airspace and heave unguided bombs while fleeing enemy surface-to-air missiles that Moscow has still not managed to destroy, even after 75 days of combat.

Russian warplanes are generally flying 200 to 300 sorties each day, a senior Defense Department official told reporters during a briefing on Monday, but have failed to establish air superiority over Ukraine, which continues to fly its own fighters and attack jets against Russian troops. And as the war stretches into its third month, Russia has already expended many of its most accurate weapons, such as cruise missiles and both short- and medium-range ballistic missiles.

On May 2, the Pentagon said Russia had fired more than 2,125 such weapons since the invasion began. Their use dropped sharply after the second week of the war, Britain’s defense secretary, Ben Wallace, said in a speech on Monday.

The Russians “have blown through” many of their precision-guided munitions, said the senior U.S. official, who was not authorized to speak publicly on details of Russia’s shortcomings. “In fact, they continue to hit Mariupol with a lot of dumb bombs.”

So-called dumb, or unguided, airdropped munitions, are pre-9/11 relics for the United States and NATO, as Western militaries have now almost completely converted their arsenals with kits that guide bombs to their targets with lasers or GPS satellite signals.

The official also said that sanctions and export controls established after Russia invaded Ukraine had limited Moscow’s access to the kinds of electronic components it needed to build guided weapons, thus affecting Mr. Putin’s ability to restock his military with modern aerial munitions.

Russia’s lack of guided weapons, and their often poor accuracy when used, offers more indications of just how far behind Moscow’s armed forces are compared with Western militaries.

Senior U.S. Defense Department officials who spoke with The New York Times on background to discuss intelligence assessments and their analysis of Russia’s failures in Ukraine said the evidence seen during the invasion pointed to a Russian guided-weapons program still in its infancy, with pilots unable to quickly locate and engage targets on the ground, and missiles launched into Ukraine that often miss their targets — if they work at all.

The Soviet Union was relatively uninterested in developing conventional guided weapons until the mid-1980s, the officials said, and had engaged in serious research and development of them only in the past two decades. Russia demonstrated some of its new arsenal in airstrikes in Syria beginning in 2015, though only in limited numbers during tightly controlled operations and under extremely favorable conditions.

Instead of being able to quickly target Ukrainian troops and moving vehicles with laser- or satellite-guided bombs, Russia has largely shown it can hit only fixed targets like military buildings or civilian population centers — either by firing volleys of unguided artillery shells and rocket attacks at them, U.S. officials said, or by using large guided ballistic missiles and air-launched cruise missiles that often fail or are inaccurate.

Russian warplanes continue to rely on unguided bombs that are crude, compared even with those the United States built immediately after World War II. Whereas the standard American Mark-80 series of bombs used by NATO can be readily reconfigured for different missions and have a forged steel body, the Russian counterpart is welded together. One senior intelligence official said the Russian design favors cheap mass production over accuracy, and requires much less assembly before flight — which makes those bombs a more attractive option for use by comparatively untrained Russian forces.

The guided munitions Russia has been using are limited to air-launched Kh-101 cruise missiles deployed from Tu-95 Bear and Tu-160 Blackjack bombers flying in Russian and Belarusian airspace; ground-launched short- and medium-range ballistic missiles like Tochka and Iskander; and a small number of Kalibr cruise missiles fired from warships at sea, one official said.

Putin’s Victory Day speech. President Vladimir V. Putin delivered a defiant May 9 holiday address in Moscow that falsely depicted his invasion of Ukraine as an extension of the struggle against Nazism in Europe. But contrary to some expectations, he did not proclaim an escalation of the war.

Zelensky’s rebuttal. In his own speech, President Volodymyr Zelensky of Ukraine rejected Mr. Putin’s claim of purging Nazism to justify the invasion. Mr. Zelensky said that it was the Russian leader who was “repeating the horrific crimes of Hitler’s regime today.”

U.S. support. President Biden signed an updated version of the Lend-Lease Act that supplied Britain and other allies during World War II, paving the way for further arms shipments to Ukraine. Separately, Democrats in Congress said they planned to move quickly on a nearly $40 billion aid package.

Many of those missiles were fielded only in the past 10 years, according to a report from the Defense Intelligence Agency. By comparison, the Pentagon was testing its first widely fielded cruise missile, called Tomahawk, in the late 1970s.

Russia’s reliance on unguided bombs for its warplanes over Ukrainian airspace has caused confusion among government and civilian weapons analysts alike since the invasion began on Feb. 24, given that just three years ago Russia showed that it did have laser- and satellite-guided weapons — which it used to attack hospitals in Syria.

The difference between Russia’s airstrikes in Syria and in Ukraine, however, is vast, a senior Defense Department analyst said. In Syria, Russian warplanes could fly unopposed and loiter over their targets for as long as they wanted to before dropping a guided bomb — something that Ukrainian jets and surface-to-air missiles make impossible.

Defense Department officials also say that Russia’s targeting problem has been compounded by a failure to invest adequately in surveillance drones. Just two unarmed Russian models — the Forpost and Orlan — have been observed, while Ukraine has been hitting Russian troops and vehicles with missiles fired by TB2 drones purchased from Turkey.

The problem has also been revealed, U.S. officials said, to be one of scale: Russia has not been able to use the handful of guided bombs it used in certain parts of Syria to support the needs of a massive ground campaign in a country as large as Ukraine. And furthermore, Russian cruise missiles fired at targets in Ukraine have at times missed their targets or even failed completely after launch, American officials said.

They added that Russian war planners have most likely not been able to properly develop so-called target packages — a series of instructions fed into cruise missiles before flight that include instructions on course headings and altitudes that will bring the weapon to its intended destination — for them.

“Syria provided an opportunity to kind of evaluate in an operational real-world situation many of those new systems that the Russians have been developing for quite a long time,” a Defense Department official said in an interview. “But they weren’t pushed to do something at scale, and so when you try to scale that up for something like Ukraine you’re really stressing the system, and could highlight some issues there.”