One Menacing Call After Another: Threats Against Lawmakers Surge 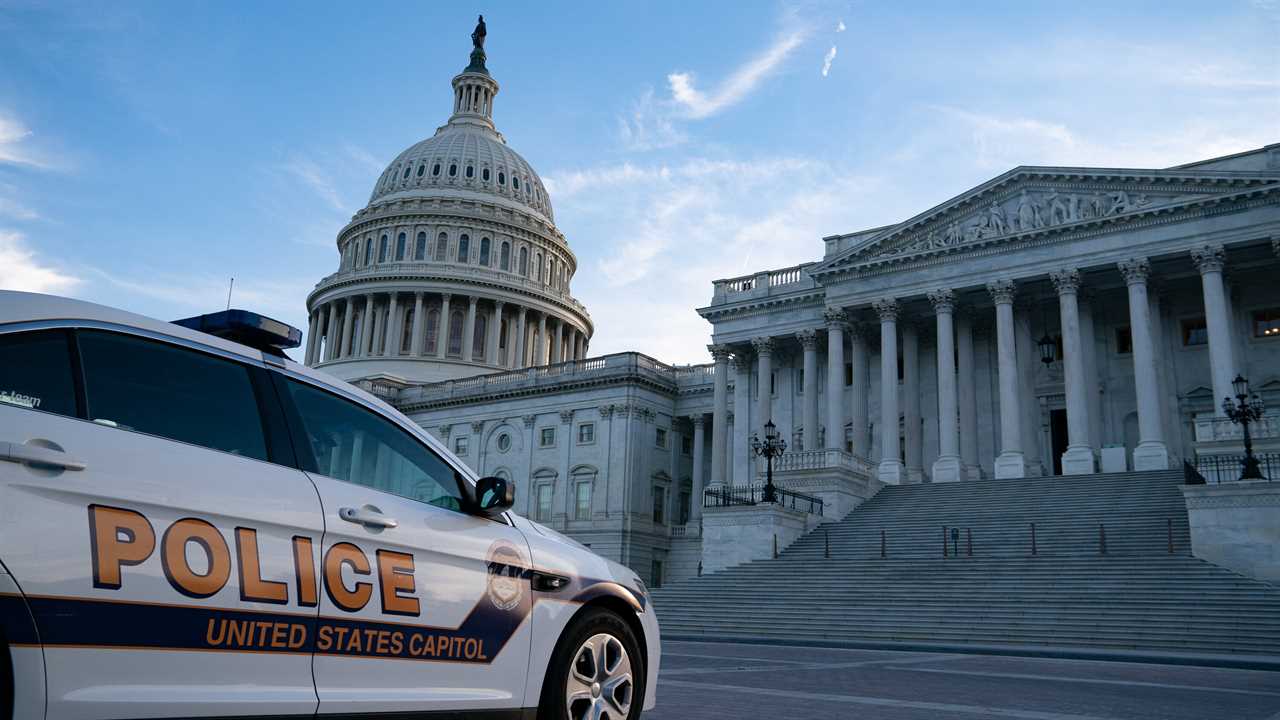 WASHINGTON — Early one morning in November 2019, Representative Rodney Davis, Republican of Illinois, received a profanity-laden voice mail message at his office in which the caller identified himself as a trained sharpshooter and said he wanted to blow the congressman’s head off.

Two years earlier, Representative Maxine Waters, Democrat of California, received a similar voice mail message from an irate man who falsely accused her of threatening President Donald J. Trump’s life. “If you do it again, you’re dead,” he said, punctuating the statement with expletives and a racial epithet against Ms. Waters, who is Black.

Across the country, the office of Representative Ilhan Omar, Democrat of Minnesota, received a profane call from a man who said that someone should “put a bullet in her” skull, before leaving his name and phone number.

The cases were part of a New York Times review of more than 75 indictments of people charged with threatening lawmakers since 2016. The flurry of cases shed light on a chilling trend: In recent years, and particularly since the beginning of Mr. Trump’s presidency, a growing number of Americans have taken ideological grievance and political outrage to a new level, lodging concrete threats of violence against members of Congress.

But they surged during Mr. Trump’s time in office and in its aftermath, as the former president’s own violent language fueled a mainstreaming of menacing political speech and lawmakers used charged words and imagery to describe the stakes of the political moment. Far-right members of Congress have hinted that their followers should be prepared to take up arms and fight to save the country, and in one case even posted a video depicting explicitly violent acts against Democrats.

A plurality of the cases reviewed by The Times, more than a third, involved Republican or pro-Trump individuals threatening Democrats or Republicans they found insufficiently loyal to the former president, with upticks around Mr. Trump’s first impeachment and, later, the Jan. 6 attack on the Capitol last year. In some cases leading up to Congress’s official count of electoral votes on Jan. 6, callers left messages with lawmakers in both parties warning them to keep Mr. Trump in office or face violence.

Nearly a quarter of the cases were Democrats threatening Republicans. Many of those threats were driven by anger over lawmakers’ support for Mr. Trump and his policies, including Republican attempts to repeal the Affordable Care Act, as well as the drive to confirm one of his Supreme Court nominees, Brett M. Kavanaugh.

In 2018, for example, a Florida man called the office of Representative Brian Mast, Republican of Florida, nearly 500 times and threatened to kill his children over the congressman’s support for Mr. Trump’s family separation policy at the southern border.

Other cases had no discernible partisan leanings or were driven by delusion or wild conspiracy theories, such as the belief embraced by QAnon that Democrats are part of a satanic cult.

Overall, threats against members of Congress reached a record high of 9,600 last year, according to data provided by the Capitol Police, double the previous year’s total. In the first three months of 2021 alone, the Capitol Police fielded more than 4,100 threats against lawmakers in the House and Senate, straining the law enforcement personnel tasked with investigating them.

“We’re barely keeping our head above water for those investigations,” J. Thomas Manger, the Capitol Police chief, testified last month. “We’re going to have to nearly double the number of agents who work those threat cases.”

Threats against members of Congress jumped more than fourfold after Mr. Trump took office. In 2016, the Capitol Police investigated 902 threats; the following year, that number reached 3,939.

The threats range from phone calls with gruesome, specific descriptions of violence that have led to jail time for the callers to broad threats posted on social media that juries have dismissed outright.

Each threat is reviewed and “thoroughly investigated,” a Capitol Police spokesman said. The reviews include assessments of the potential for targeted violence and the immediate risk to the victim. In some cases, the Capitol Police work in tandem with the F.B.I. to investigate.

Two days after the Electoral College confirmed Joseph R. Biden Jr.’s victory in 2020, Ryder Winegar, a former Navy cryptologist living in New Hampshire, called six members of Congress — both Democrats and Republicans — while heavily intoxicated and threatened to hang them if they did not support Mr. Trump.

In one of the calls, he warned that if a lawmaker did not stand behind Mr. Trump, he would hang them, according to court records. He also said that he would refuse to vote for any “RINO candidate like yourself,” using the acronym for Republican in name only.

In another call, Mr. Winegar said a member of Congress could worry either about being “outed as a racist” or about people like him “stringing” her up.

In Illinois, Randall E. Tarr was drinking coffee and watching television early one morning — either the History Channel or National Geographic, he recalled in an interview — when he saw an advertisement accusing Mr. Davis of turning a blind eye to Russian interference in the 2016 election and encouraging viewers to call his office. Mr. Tarr, an Army veteran who at one time identified as a Republican, was furious.

“I’m like, dude, I got to do this,” Mr. Tarr recounted. “It’s already been proven by our intelligence agencies, the C.I.A. and the F.B.I., and the Russians were guilty of this. I didn’t stop there. I just kept going, which was stupid. Something I shouldn’t have said, I know.”

In the voice mail message, according to court records, Mr. Tarr informed Mr. Davis of his training — “I’m a sharpshooter,” he said — and threatened to murder the congressman.

“That was a stupid part of my call,” Mr. Tarr said in the interview. “I don’t even own a weapon. I just got mad, and I regret it.”

A G.O.P. resolution. The Republican National Committee officially declared the Jan. 6 attack on the Capitol “legitimate political discourse,” while censuring Representatives Liz Cheney and Adam Kinzinger for participating in the inquiry into the episode. Mitch McConnell, the Senate minority leader, subsequently spoke against the resolution.

The first trial. Prosecutors have provided a revealing glimpse of their strategy for the first trial stemming from the attack on the Capitol, unveiling an inventory of the extensive evidence they intend to introduce.

A high-profile repudiation. At a gathering of conservatives in Florida, former Vice President Mike Pence offered his most forceful rebuke of Donald J. Trump, saying the former president was “wrong” in claiming that Mr. Pence had the authority to overturn the 2020 election.

Patrick W. Carlineo Jr., who had been gorging himself on right-wing talk radio before making the call to threaten Ms. Omar, also expressed regret when he appeared before a judge in 2019.

“I was listening to the Glenn Beck show, then I listened to Rush Limbaugh, and they were talking about her on both shows, and I get a little carried away with the coffee in the morning,” Mr. Carlineo said. “I just got all fired up.”

Anthony Lloyd, who threatened Ms. Waters in 2017, told the F.B.I. agents who were dispatched to investigate his call that he also “religiously” followed the news and had grown upset after hearing on talk radio that the California congresswoman had threatened Mr. Trump’s life, a false claim.

“I’m not a planner, I’m not a terrorist guy,” Mr. Lloyd told the agents. “I’m very patriotic and I love my country.”

Most calls have not led to actual violence. But they can terrorize offices, sending lawmakers rushing to cancel events and find security, and traumatizing the aides or even interns who have the misfortune to answer them.

In another case, an aide in Ms. Waters’s district office testified that she answered the phone one morning and received a broadside from a caller who hurled racial epithets and said he would be attending all of the congresswoman’s events and would kill her and “every last one of you that works for her.” The call was so frightening that the aide physically shook upon hearing it, she testified.

Many of the threats, especially those directed at lawmakers of color, contained racial slurs or threats against certain races. Others used the language of white supremacy, like the caller who threatened Senator Richard M. Burr, Republican of North Carolina, and Representative Katherine M. Clark, Democrat of Massachusetts, both of whom are white, and said he would start shooting Black people.

In several cases, defense lawyers have taken to arguing that their client should not be punished for comments that were consistent with what elected officials and political pundits have said. Several rioters who stormed the Capitol on Jan. 6 have employed similar “Trump made me do it” defenses.

When the judge in Mr. Carlineo’s case expressed concern during a hearing that the defendant had referred to Ms. Omar in his voice mail message as a “radical Muslim” and said that people like her had no place in government, his lawyer cited comments both Mr. Trump and former Vice President Mike Pence had made about her.

In a second case involving a threat against Ms. Waters, the defendant’s lawyer argued that the judge should allow her to explain to the jury that her client’s call came after Mr. Trump had publicly feuded with Ms. Waters, and that the threat had even quoted some of Mr. Trump’s insults about the congresswoman.

In most cases, judges were clearly unsympathetic.

“Just because the current leader in Washington is permitting the type of discourse,” one judge fumed in 2017, when Mr. Trump was president, “that does not mean that it has to be countenanced. Some of this is just vile and threatening.”