President Biden visited California on Monday to tout his efforts to better protect the state against the raging wildfires that have burned more than.. 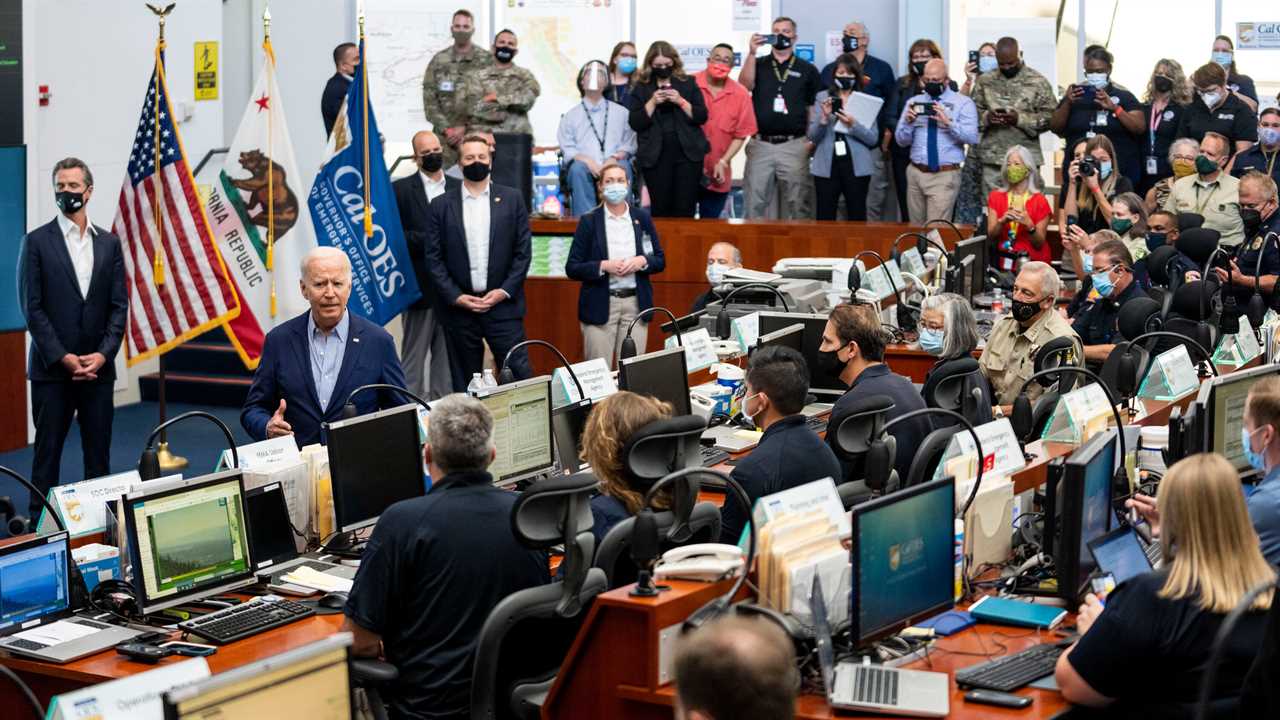 President Biden visited California on Monday to tout his efforts to better protect the state against the raging wildfires that have burned more than two million acres, displaced thousands and pushed responders to the brink of exhaustion.

“These fires are blinking code red for our nation,” said Mr. Biden, who used the occasion to promote two bills pending in Congress that would fund forest management and more resilient infrastructure as well as combat global warming. The country couldn’t “ignore the reality that these wildfires are being supercharged by climate change,” he said.

But experts say there are limits to what the federal government can do to reduce the scale and destructive power of the fires, at least in the short term. That’s because much of the authority needed relies on state and local governments, those experts said.

Federal action largely depends on Congress approving new funding — but even if approved, that money might not make much of a difference anytime soon.

“Climate change impacts can’t be absolved in a single year,” said Roy Wright, who was in charge of risk mitigation at the Federal Emergency Management Agency until 2018. The goal, he said, should be “investments that will pay back over the coming three to five years.”

On wildfires, like so much else, President Biden presented himself as the opposite of former President Donald J. Trump: Clear about the role of climate change, willing to listen to experts, and promising to better defend places like California against a growing threat.

“If we have four more years of Trump’s climate denial, how many suburbs will be burned in wildfires?” Mr. Biden said in a speech last year as California staggered through record-breaking fires. “If you give a climate arsonist four more years in the White House, why would anyone be surprised if we have more of America ablaze?”

Mr. Biden, of course, won the election — only to see the damage from wildfires in California and across the country continue to get worse.

On Monday, Mr. Biden flew over the Caldor fire, which has consumed more than 200,000 acres south of Lake Tahoe and forced thousands of people from their homes.

“We have to act more rapidly and more firmly and more broadly than today,” Mr. Biden told a small crowd gathered in the California Governor’s Office of Emergency Services. “We can’t afford to let anything slip further. It really is a matter of what the world will look like.”

Over the past decade, the number of fires in California each year has remained consistent, hovering around 7,000 to 10,000 annually.

What has changed is their scale.

Just north of the Caldor fire is the Dixie fire, which has already burned more than 960,000 acres and is not yet contained. That fire could break last year’s record.

“The fire situation in California is unrecognizably worse than it was a decade ago,” said Michael Wara, director of the climate and energy policy program at Stanford University. He said that with the exception of 2019, each of past five years has brought fires that were more destructive than the year before it.

While Mr. Trump was wrong to dismiss the role played by climate change in exacerbating the fires, he was right that more aggressive forest management is vital for addressing those fires, experts say. But much of that work must come from the federal government, which owns about half the land in California, Dr. Wara said.

“There’s no fixing the wildfire problem without dealing with how forests have been managed,” Dr. Wara said.

The Biden administration has taken other steps to reduce the damage from fires, including increasing the number of air tankers and helicopters at its disposal and boosting pay for federal firefighters to $15 an hour.

“We owe them a whole hell of a lot more,” Mr. Biden told California emergency workers on Monday, before leading a rendition of “Happy Birthday” for an employee.

FEMA has also made more money available to help communities prepare for fires in advance, for example by building fire breaks or retrofitting homes. And after a fire strikes, the agency has made it easier for fire victims who have lost proof of homeownership — documents that are often destroyed in a fire — to apply for assistance to rebuild that home.

And Mr. Biden has asked Congress to approve measures that would reduce the country’s greenhouse gas emissions. But even if those changes were to become law, the amount of carbon dioxide and other warming gases that has already been released into the atmosphere means the planet will continue to heat up for years.

Much of the action that would go the furthest toward reducing wildfire risk is outside the scope of federal authority, according to Kimiko Barrett, a wildfire policy expert at Headwaters Economics, a consulting group in Montana.

Protecting Americans from fires means reducing home construction in fire-prone areas — decisions historically made at the state and local level, she said.

“We’re developing and building homes in places that are very exposed to wildfires,” Dr. Barrett said. She said communities need to incorporate the risk of fires into how they grow, just as they do with flooding and, increasingly, with sea level rise.

Still, Mr. Biden could use the megaphone of the presidency to encourage state and local officials to be more thoughtful about where and how they build, said Michele Steinberg, wildfire division director for the National Fire Protection Association.

“Folks, there is something called building codes, and land-use ordinances, and they’re really good, and they really work when applied,” Ms. Steinberg offered as the message Mr. Biden could convey. “That would be a huge step in the right direction.”

But even if Mr. Biden wanted to send that message, he would be competing against the deeply held American view that land is something to profit from, rather than to conserve or protect, she said.

“It’s more like, let’s get the value out of this land that we can right now,” Ms. Steinberg said, “and let the next generation worry about it.”