GINA COLADANGELO is well-known for being Matt Hancock’s former aide and now his girlfriend.Matt Hancock and Gina became notorious after having an..

GINA COLADANGELO is well-known for being Matt Hancock’s former aide and now his girlfriend.

Matt Hancock and Gina became notorious after having an affair that led to the former Health Secretary’s resignation in July 2021. 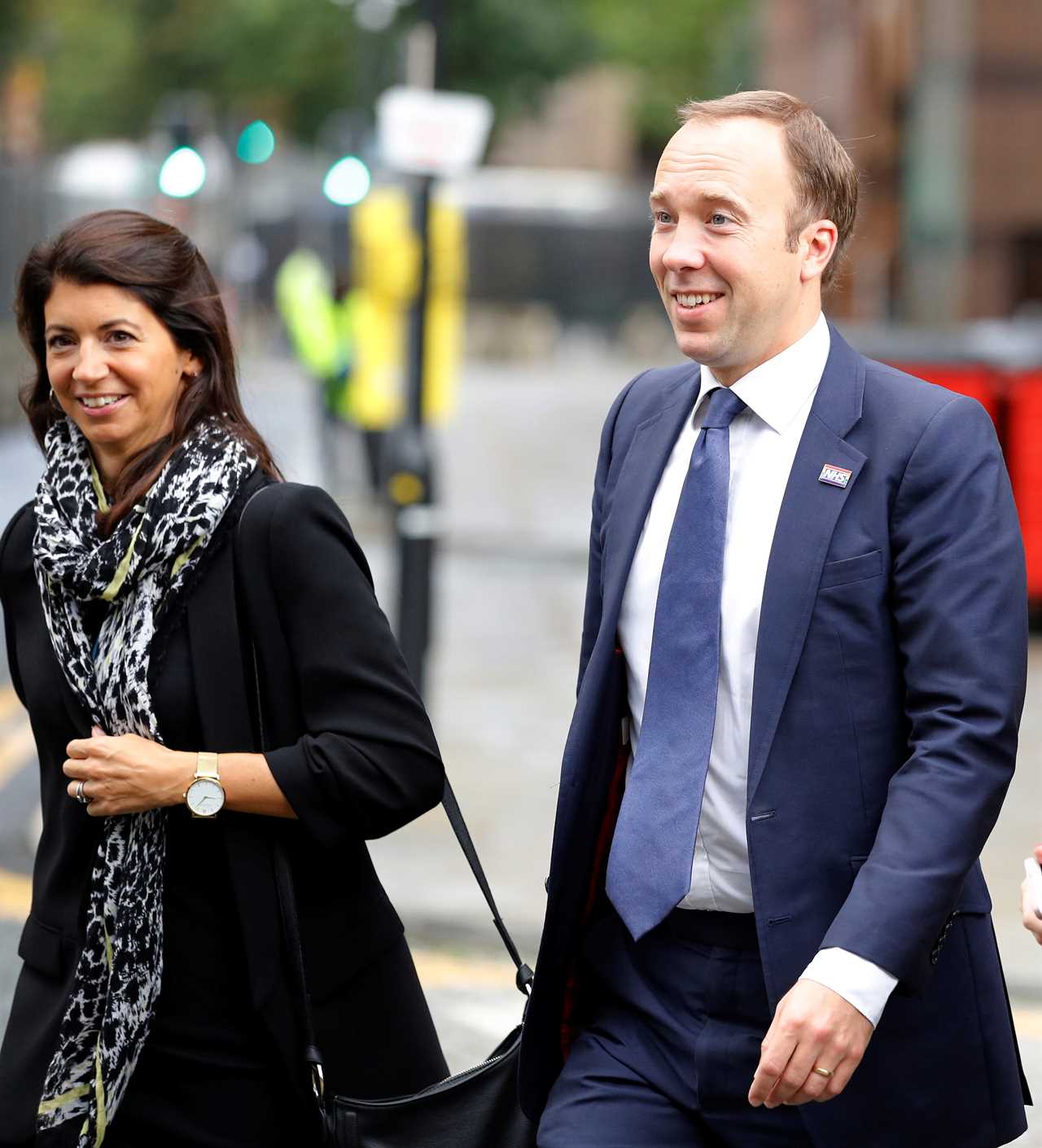 Who is Gina Coladangelo?

She is currently in Australia awaiting the moment her partner leaves the I’m A Celebrity jungle this evening.

Prior to this, Gina was the communications director at Oliver Bonas – a fashion and lifestyle store founded by her husband at the time, Oliver Tress.

Matt Hancock secretly appointed Coladangelo to the Department of Health and Social Care as an unpaid adviser on a six-month contract in March 2020.

Hancock then appointed Coladangelo as a non-executive director at DHSC, meaning that she was a member of the board that scrutinises the department.

Trending In The News had revealed that the mother of three had a parliamentary pass, for two months giving her unregulated access to the Palace of Westminster.

It held her husband’s surname, which she does not use professionally, and was sponsored by Lord Bethell.

In September 2022, Gina had been a Trustee at the charity, UK Youth.

However, after just two months the Daily Mail reported that she had stepped down from her role in marketing and communications for the charity.

Gina has three children from her previous relationship.

When did Gina Coladangelo and Matt Hancock’s affair begin?

Following her controversial appointment, the pair were subjected to claims of a ‘chumocracy’ in November 2020, when it emerged, she had accompanied Hancock to confidential meetings with civil servants and visited No 10.

After, Gina was spotted leaving Downing Street with the Health Secretary on a number of occasions.

A source told the Sunday Times last year: “Before Matt does anything big, he’ll speak to Gina. She knows everything.”

However, according to a whistleblower, the pair were rumoured to have got closer as they started to spend more time in Hancock’s Whitehall office.

Just after 3pm on May 6 — as the rest of Westminster was engrossed by the local elections – Mr Hancock was pictured embracing and kissing his aide.

The whistleblower, who used to work at the department, added that the pair have regularly been caught in clinches together as Matt was spotted having an affair with married Ms ­Coladangelo.

The source said: “They have tried to keep it a secret but everyone knows what goes on inside a building like that.

“I’m just amazed he was so brazen about it as he was the Secretary of State.

“It has also shocked people because he put her in such an important, publicly-funded role and this is what they get up to in office hours when everyone else is working hard.”

Matt Hancock resigned as Health Secretary on June 26 in the wake of mounting pressure from colleagues within the Conservative Party.

How did she meet Matt Hancock?

Gina Coladangelo first met Matt Hancock at Oxford University in the early 2000s, while working on student radio together.

Between 1995 and 1998, Gina studied politics, philosophy and economics (PPE) – the same degree as Mr Hancock.

Although the pair maintained a friendship, Matt went onto wed Martha Hoyer Millar in 2006.

Her grandfather, the 1st Baron Inchyra, was British ambassador to West Germany, and her great grandfather was the 1st Viscount Camrose.

What did she do at Oliver Bonas?

Gina Coladangelo was the marketing and communications director at Oliver Bonas.

According to her LinkedIn page she had to ‘oversee and monitor performance’.

She says: “I have over twenty years’ experience in business management and marketing and communications, with a focus on retail, healthcare, the third sector and energy.