LIZ Truss is tonight preparing to ditch scrapping the 45p tax rate in a humiliating climb down.After a day of brutal Tory backlash the PM summoned..

LIZ Truss is tonight preparing to ditch scrapping the 45p tax rate in a humiliating climb down.

After a day of brutal Tory backlash the PM summoned her Chancellor to crisis talks where they drew up plans to ditch the controversial tax cut for millionaires. 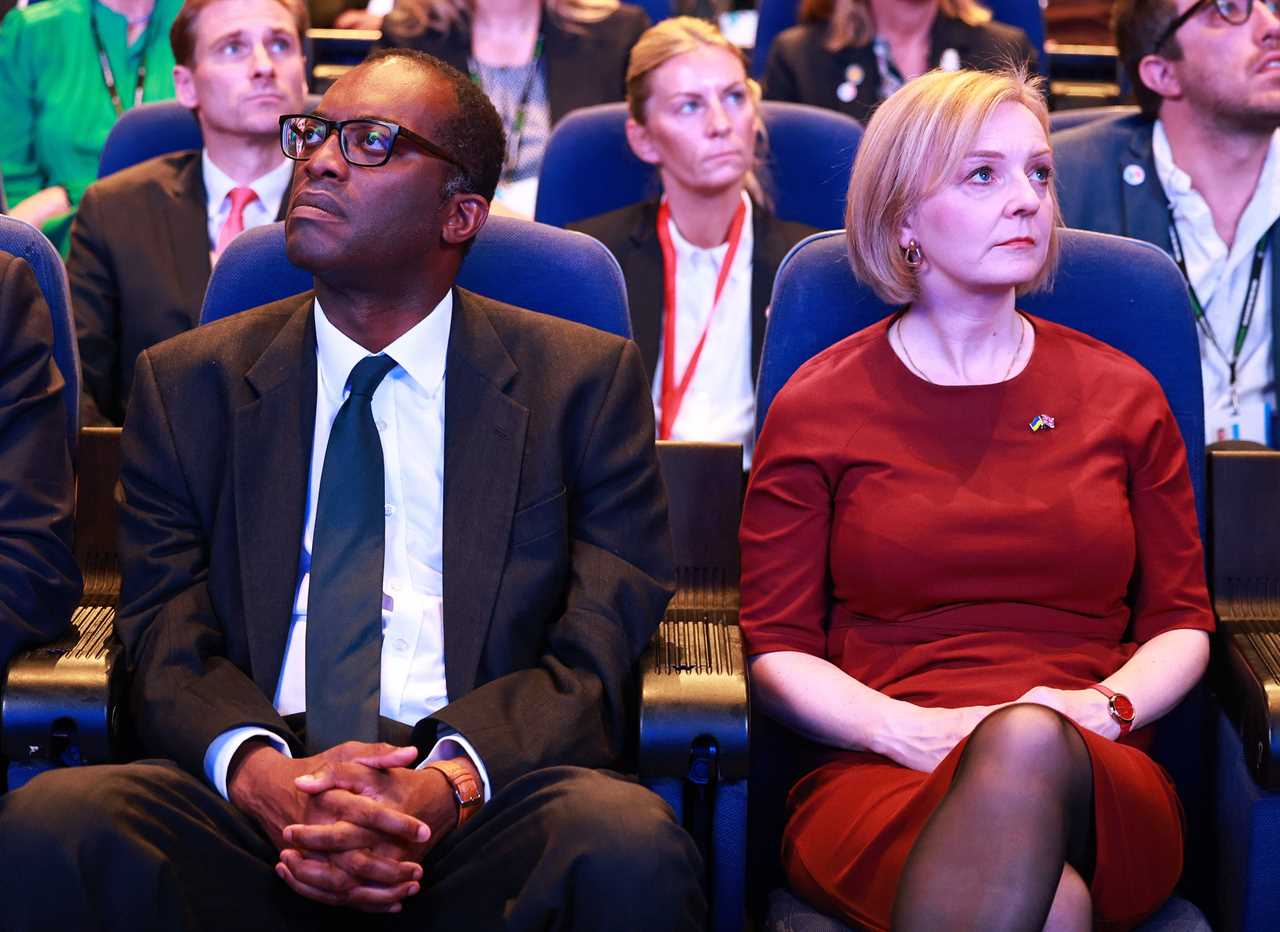 It followed a day of bitter Tory acrimony at the opening of their party conference in Birmingham.

After days of market turmoil and MPs’ jitters the PM finally admitted she had blundered and should have “laid the ground better” for her tax plans — but said she “had to act”.

But risking a rift she said slashing them for the richest earners “was a decision that the Chancellor made”.

Former Culture Secretary Nadine Dorries said on Twitter: “One of Boris Johnson’s faults was that he could sometimes be too loyal and he got that. However, there is a balance and throwing your Chancellor under a bus on the first day of conference really isn’t it.”

Downing Street warned anyone voting against the plans will be kicked out of the party — as a major row erupted on the first day of the gathering in the home of TV gangster Tommy Shelby’s Peaky Blinders.

Trending In The News has learned No 10 will try to delay a vote on cutting the 45p rate of tax until next March in order to give the economy time to pick up before forcing the issue with MPs.

But despite spooking the Pound and sending the pensions industry into a tailspin, the PM reiterated her commitment to the £45billion tax-cutting spree.

“But I do accept we should have laid the ground better. I do accept that. I have learned from that. And I will make sure that in future we do a better job of laying the ground.”

In a day of open civil war, the PM;

Appearing live on Sunday morning TV with the PM, Michael Gove launched an explosive attack saying Ms Truss had failed to make a case to abolish the 45p top rate levy during her winning leadership contest.

Mr Gove said the tax plan must be dropped, hinting he would vote against the plan. 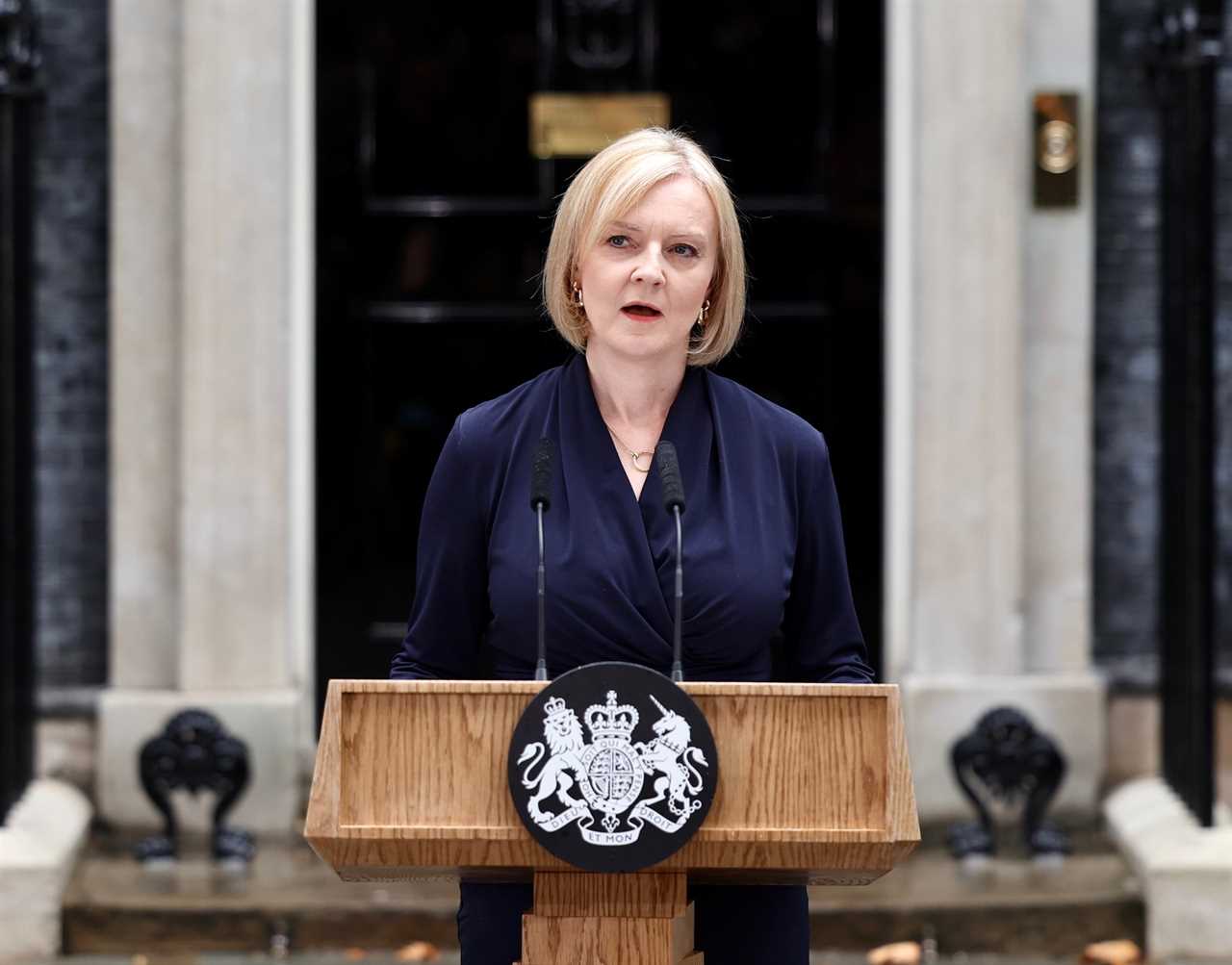 Liz Truss reiterated her commitment to the £45billion tax-cutting spree

He said she should only stick to halting the corporation tax rise and reversing the National Insurance rise.

Mr Gove said: “Now, personally I’m wary of the changes that she’s making in both those areas but she did win on that basis. But what was not discussed during the Conservative leadership election was the prospect of income tax cuts for the wealthiest.”

He added: “You need to make sure that the changes that we make are in tune with the values on which Boris won the 2019 election, which are looking after the most vulnerable in our society.”

Meanwhile, former Chancellor George Osborne revealed it was “touch and go whether the Chancellor can survive”.

He predicted that there will be a “humiliating defeat” in the House of Commons if the Government does not back down. 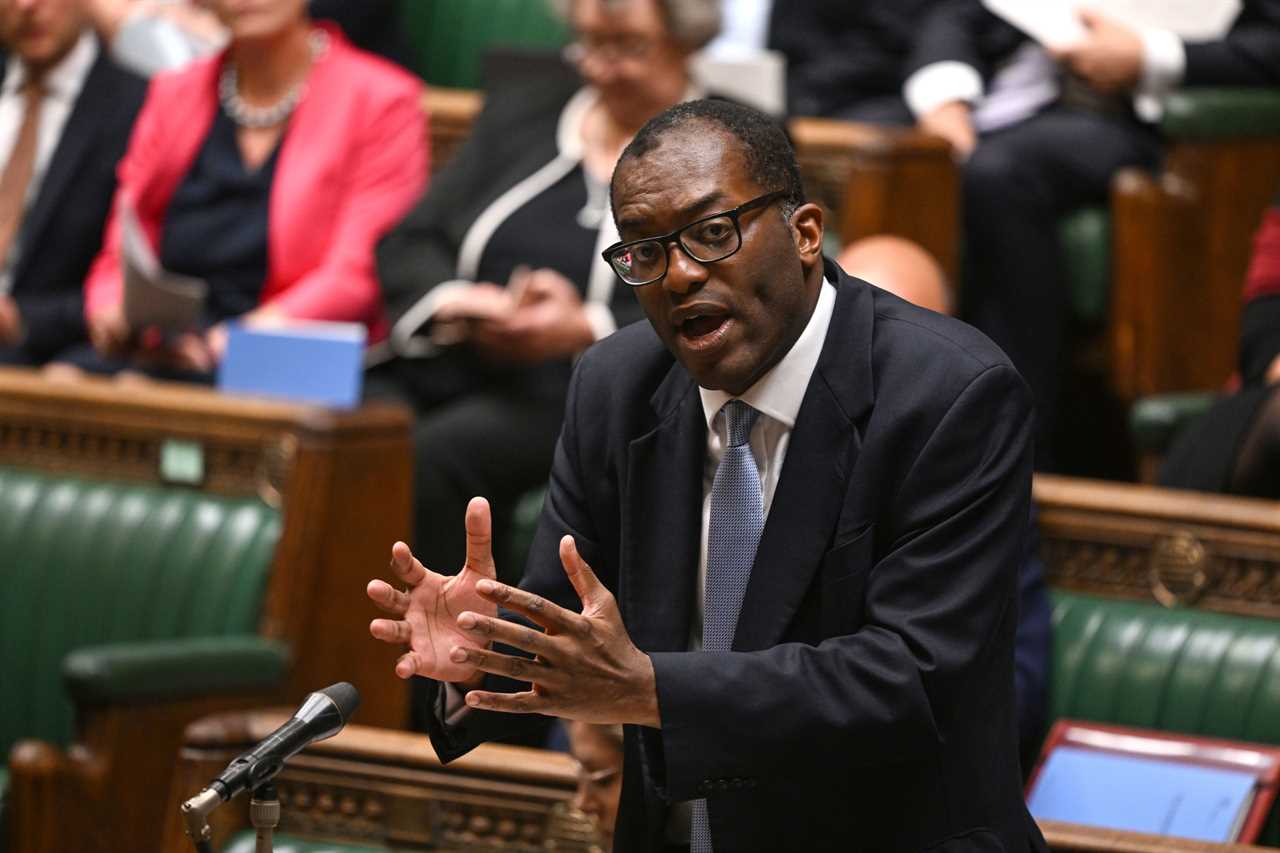 And former Chief Whip Julian Smith said: “The first job of an MP is to act in the interest of their constituents and in the national interest. We cannot clap for carers one month and cut tax for millionaires months later.”

But a source close to the Chancellor insisted: “While the Chancellor obviously makes all tax decisions, the Prime Minister and Kwasi are in lockstep on this.”

Meanwhile, Mr Kwarteng will attempt to calm the financial markets following a week of turmoil following his announcement.

His “growth plan” was heavily criticised by the IMF and the Bank of England had to intervene with a £65billion injection to prop up pension funds on the verge of collapse.

Mr Kwarteng will tell delegates: “I refuse to accept that it is somehow Britain’s destiny to fall into middle income status or that the tax burden reaching a 70-year high is somehow inevitable.

“It isn’t, and shouldn’t be. We needed a new approach, focused on raising economic growth.

“We must stay the course. I am confident our plan is the right one.”

The Chancellor will set out a “new economic deal” for the country to help manage debt with an “iron-clad commitment to fiscal discipline” as he strives for 2.5 per cent growth.

But Conservative Party chairman Jake Berry has warned the Tories face an uphill struggle to win the next election, saying “it’s time to deliver, deliver, deliver” on the promises made in the 2019 election.