FIVE migrants have drowned crossing the Channel from France to Britain after an inflatable dinghy flipped over, French ministers have confirmed this..

FIVE migrants have drowned crossing the Channel from France to Britain after an inflatable dinghy flipped over, French ministers have confirmed this afternoon.

The number who have reached the UK by boat this year is now more than three times the total for the whole of last year. 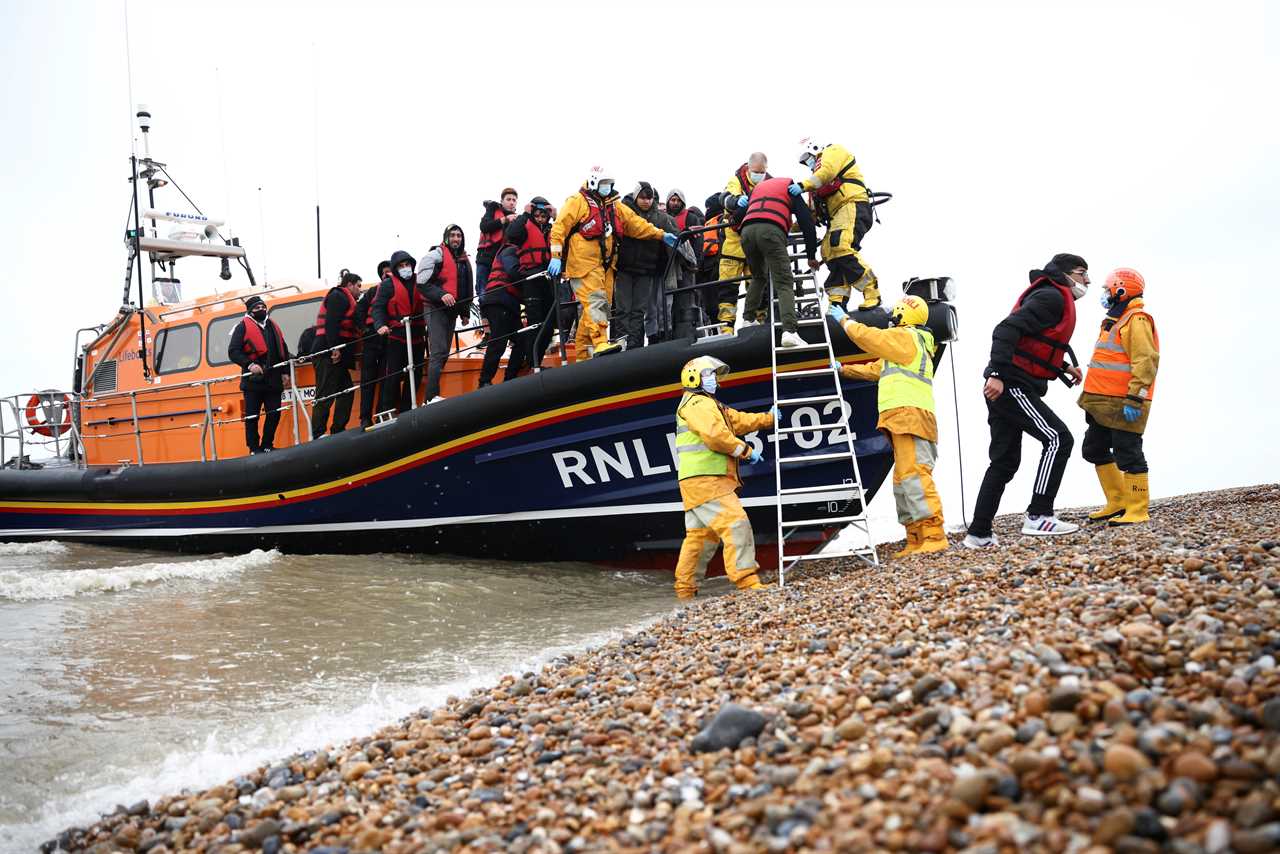 Migrants are helped ashore from a RNLI beach in Dungeness

At least five are thought to have drowned, and a rescue operation is currently underway in French waters.

It’s believed to be the biggest loss of life in the Channel since the crisis began.

Multiple boats of people were also seen landing on Dungeness, Kent this afternoon.

A spokesman for the Interior Ministry in Paris said: “At least five people died have died. The toll could be heavier.

“Around 2:00 p.m. on Wednesday, a fisherman reported the discovery of about fifteen bodies floating off Calais.

“A French Navy vessel recovered several bodies, including five dead people and five unconscious, according to an early report.”

Several records have been broken in recent weeks as more continue to make the dangerous journey to Britain.

The current record is 1,185 landing in Britain in a single day, as Priti Patel faces mounting pressure to get a grip on the crisis.

The Home Secretary said earlier this week that an offer of Border Force guards and cops to beef up Channel patrols has been snubbed.

She made the dig during a stormy grilling in the Commons over the small boats crisis that’s infuriating Tory MPs.

Last week it was revealed only five asylum seekers out of 24,000 who’ve made the treacherous crossing this year have been returned.

It came after around 40 migrants were pictured launching dinghies into the English Channel this morning in a fresh attempt to reach Britain.

The migrants, including at least five children, were spotted going into the water from a beach near Wimereux, just a few miles north of Boulogne-sur-Mer, in the early hours of the morning.

More than 4,000 have made the journey in November so-far, the most ever in a single month, and the surge shows no sign of slowing down.

French officials revealed details for the first time of how they have spent £9million from the British taxpayer, agreed as part of a £54million deal in the summer.

A spokesman for the interior ministry said: “More than 100 mobile vehicles are being delivered on the ground for patrols and arrests, with equipment adapted to the specific nature of the terrain.”