THE world is living through a real-life James Bond movie with time running out to save the planet from climate “doomsday”, Boris Johnson warned..

THE world is living through a real-life James Bond movie with time running out to save the planet from climate “doomsday”, Boris Johnson warned yesterday.

The PM deployed 007 as a wake-up call as he opened the COP26 eco summit. 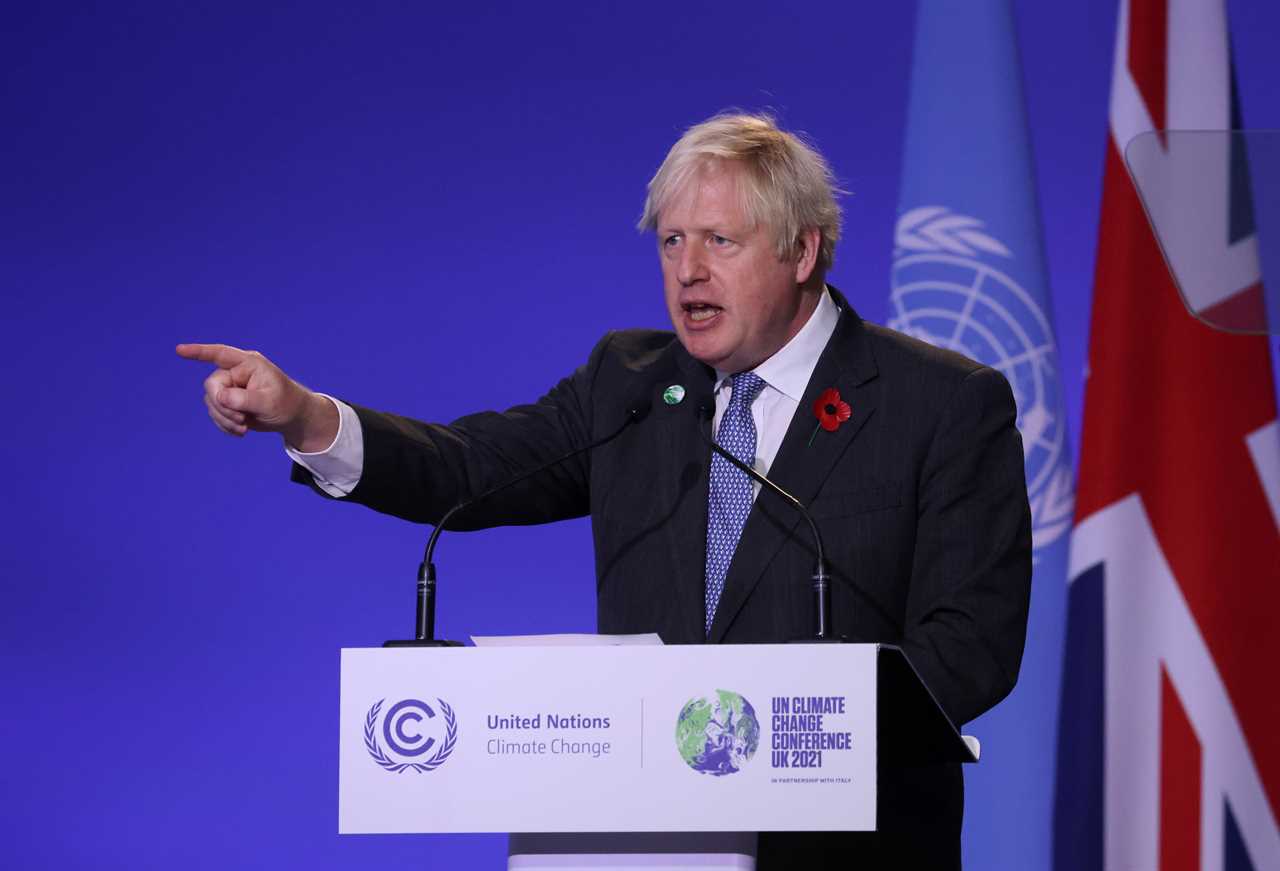 In a sobering speech to 120 world leaders in Glasgow, he demanded they act now for the sake of their kids and grandkids.

And he drew on the fast-acting fictional character, who he said is usually found “desperately trying to work out which coloured wire to pull to turn it off, while a red digital clock ticks down remorselessly to a detonation that will end human life as we know it”.

“We are in roughly the same position, my fellow global leaders, as James Bond today. . .

“Except that the tragedy is that this is not a movie, and the doomsday device is real.”

The PM admitted: “Not all of us necessarily look like James Bond.

“But we have the opportunity, the duty, to make this summit the moment when humanity finally began — and I stress began — to defuse that bomb.

“And make this the moment when we began irrefutably to turn the tide and to begin the fightback against climate change.”

He even quoted teen eco campaigner Greta Thunberg as he said the world would not accept more “blah, blah, blah” of chiefs who talk the talk but do not walk the walk.

He told world leaders including US President Joe Biden, the EU’s Ursula von der Leyen, Germany’s Angela Merkel and India’s Narendra Modi: “Humanity has long since run down the clock on climate change.”

In a last-gasp bid to snatch a victory, Mr Johnson said: “We have to move from talk and debate and discussion to concerted, real-world action on coal, cars, cash and trees.

“We need to get real about climate change and the world needs to know when that’s going to happen.”

His doomsday warning was echoed by UN Secretary General António Guterres, who said “we are digging our own graves” as he begged the world to stop “treating nature like a toilet”.

In a boost for Mr Johnson, more than 100 nations, including Brazil, Russia and Colombia, signed a landmark pledge to end deforestation by 2030.

And £8.75billion of public cash will be splashed to restore nature and plant millions more trees to help reverse climate change, plus £5billion of private investment.

Officials say it is the biggest step forward in a generation as forests the size of 27 football pitches are being lost every minute.

But still 20 of the leaders did not sign up to the pledge.

The PM also used the first day to withdraw his support for a controversial Cumbrian coal mine, saying he did not want any more opening as part of his climate battle.

The PM said for the first time “I’m not in favour of more coal” as he piled pressure on local leaders to can the £165million project to mine coal to make steel.

But locals say they will have to get it from Russia and America, adding more carbon miles.

Ministers kicked the decision over to a local inquiry, not set to make a decision for months to come. 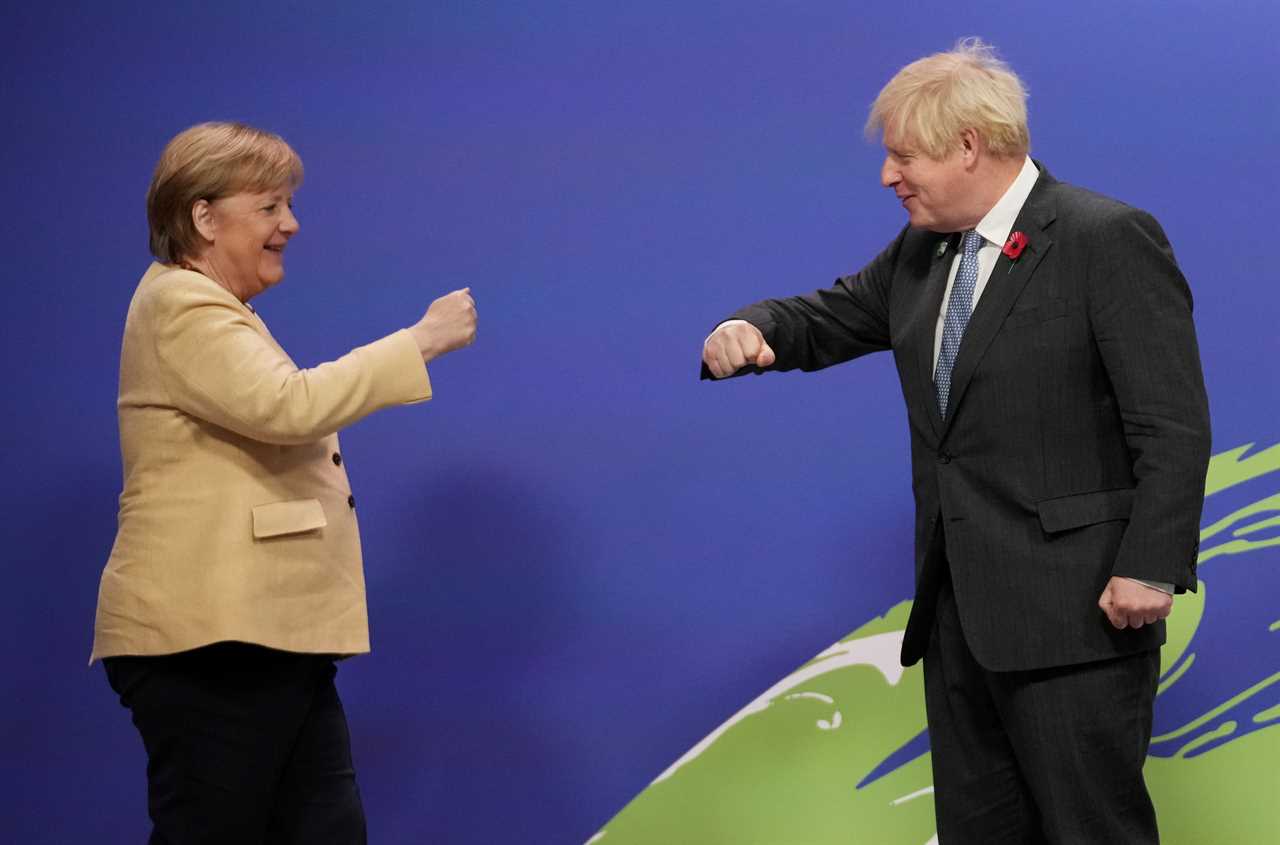 Boris Johnson told world leaders including Germany’s Angela Merkel: ‘Humanity has long since run down the clock on climate change’ 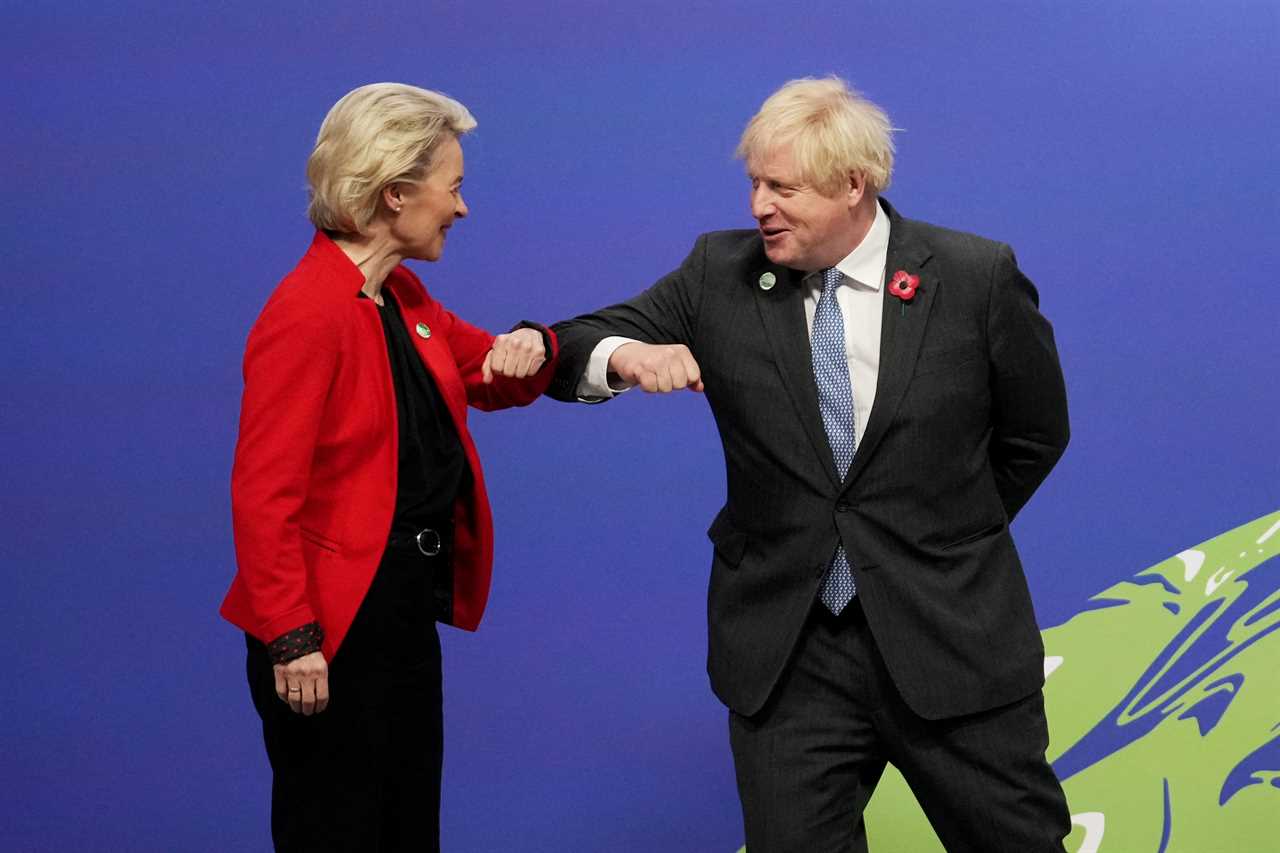