BORIS Johnson last night sent a defiant message to Tory rebels — vowing to go down fighting after an astonishing 44 MPs quit his government.As the PM ..

BORIS Johnson last night sent a defiant message to Tory rebels — vowing to go down fighting after an astonishing 44 MPs quit his government.

As the PM dismissed repeated calls for him to go, a key ally warned: “If the party wants to overthrow the elected will of the people, they have to dip their hands in blood.” 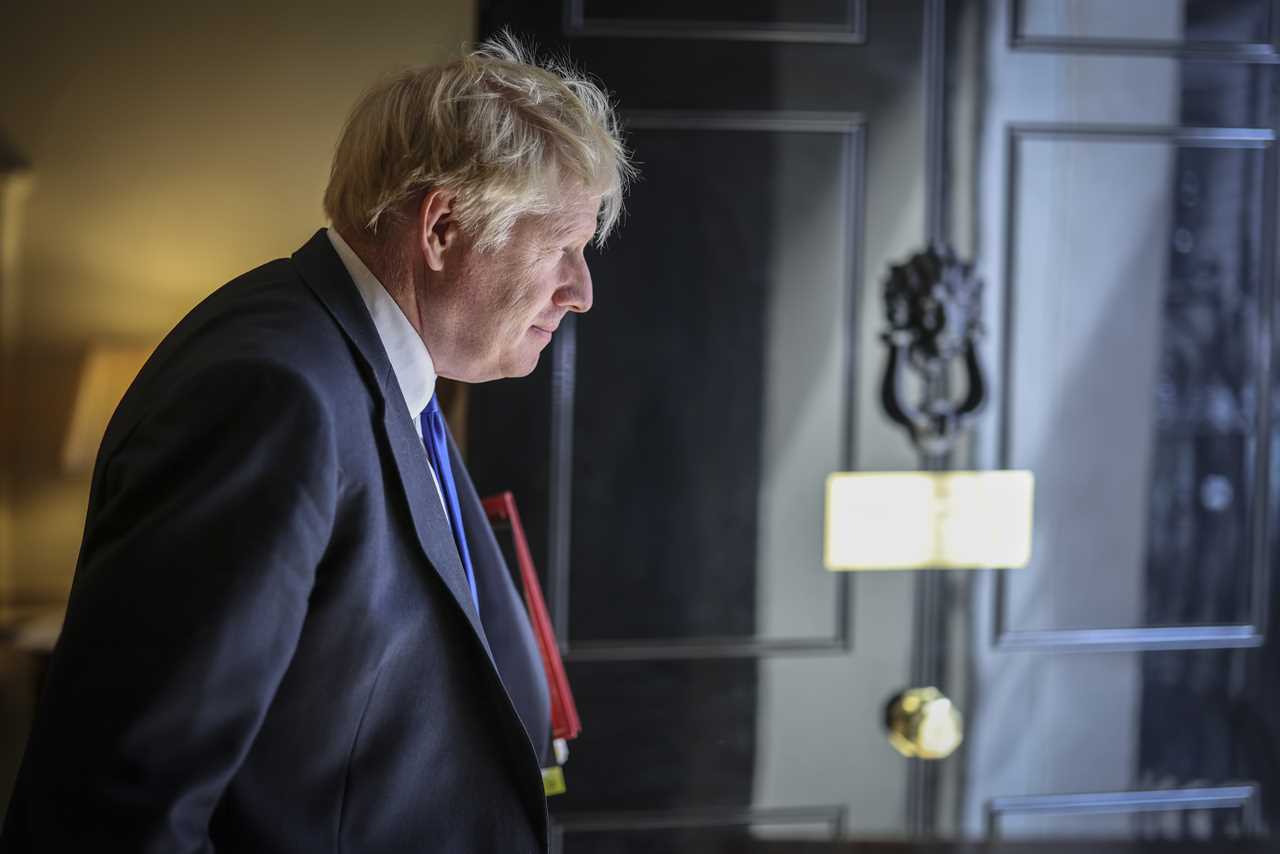 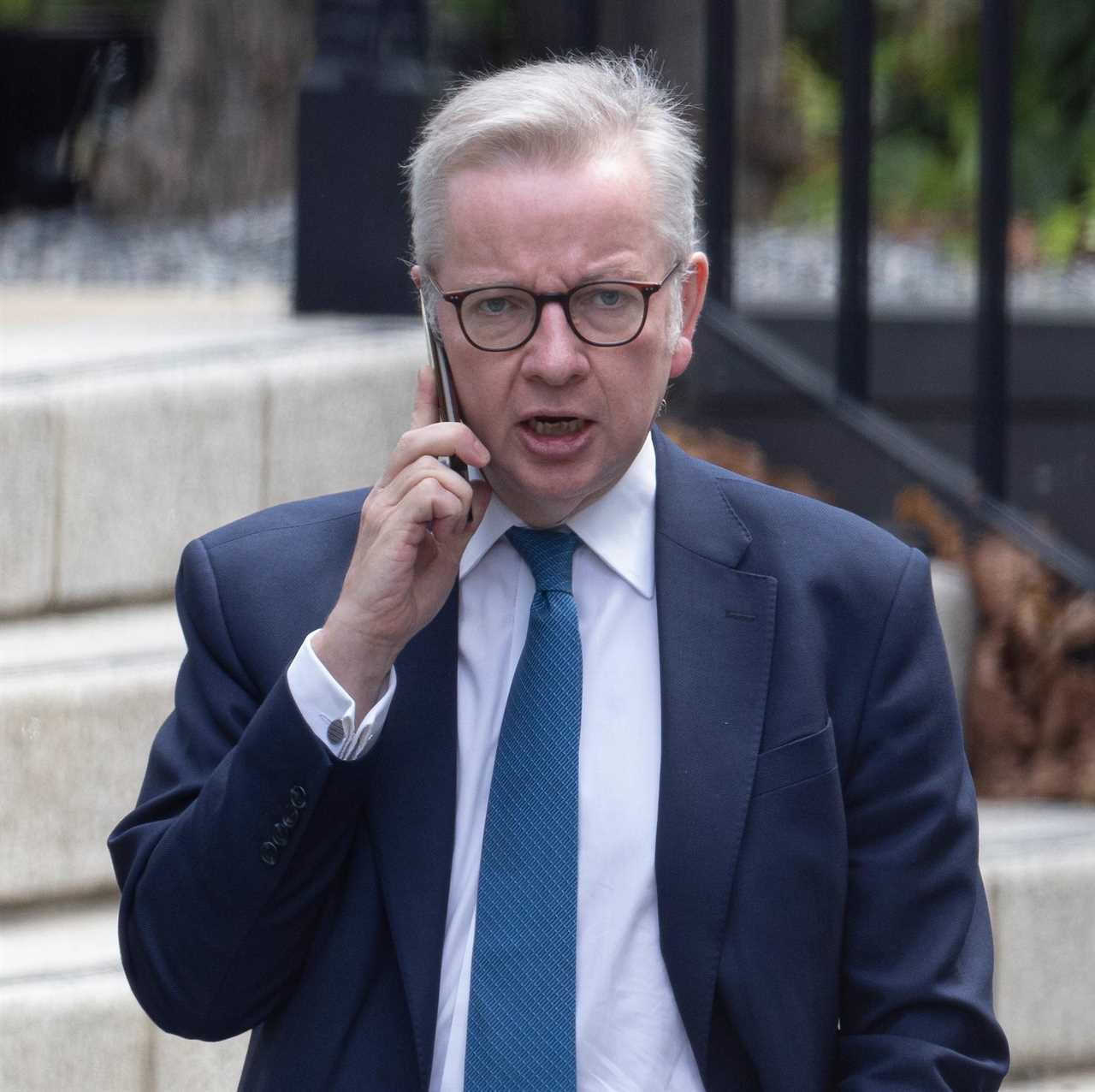 Mr Johnson also dramatically fired Cabinet big beast Michael Gove, who was branded a “snake”. However, one MP said the Prime Minister had “lost his mind”.

The battered PM sacked the Levelling UP Secretary for disloyalty after he had briefed the press that he had told Mr Johnson to go while “trying to dishonourably stay in post”.

A source said: “You can’t have a snake who is not with you on any of the big arguments who then gleefully tells the press the leader has to go. And it’s not the first time he’s been treacherous, appalling and disloyal. This is something Boris should have done years ago.”

Yesterday Mr Johnson ignored a record number of resignations after at least 44 Tory MPs walked out of his government urging him to quit in the wake of the Chris Pincher groping storm.

And he point blank refused to bow to a delegation of his top ministers, who begged him to resign for the good of the party, saying: “I won’t go.”

A key ally said: “If the party wants to overthrow the elected will of the people, they have to dip their hands in blood.”

Backbenchers on the powerful 1922 Committee are expected to change leadership rules for a fresh vote on Mr Johnson’s future next week — which even his closest allies last night warned he would likely lose.

But despite Cabinet ministers queuing up to warn Mr Johnson, the PM told them no leadership rival could match his appeal at the ballot box.

However his critics say he has lost his marbles and his position is totally untenable. One MP said the PM has “lost his mind”, adding: “It’s like he is burning the house down on his way out.”

And one open-mouthed senior Tory said: “He has lost it. He has become like Caligula — the Roman emperor who wanted to make a horse a consul. Michael was one of the best ministers in the Cabinet.”

Another MP said: “Sacking Gove is revenge. But Boris is now detached from reality. He is now like Putin.”

Last night the beleaguered PM insisted he would fight to the bitter end on behalf of the 14million voters who gave him his thumping majority in 2019.

His allies vowed to turn next week’s vote into Parliament vs the People in a last gasp bid to buy more time in power.

And new Chancellor Nadhim Zahawi will outline a package of tax cuts, deregulation and Brexit wins in the coming days, ahead of a fresh vote of confidence in his leadership expected next Tuesday.

Instead of meeting a delegation dubbed the “Quit Squad” en masse, Mr Johnson singled them out one by one to warn ousting him would spell electoral doom for the Tories and risk months of chaos.

He warned that if he is ousted the Tories will spend months in-fighting and the next election will be lost to a “coalition of chaos” of Labour, the Lib Dems and the Scottish Nationalists.

He warned they will rip up the electoral system to “lock the Tories out of power for a generation”. Mr Johnson said: “The choice is not Boris or no Boris. The choice is a Conservative government with a new Chancellor who will soon outline a new economic programme. Or three months of tearing each other apart.”

His fighting talk came after an astonishing day of blood-letting triggered by Trending In The News’s revelation last Thursday that shamed MP Chris Pincher had drunkenly groped two men.

The PM shrugged off a record-breaking day of walkouts — with 41 Tory MPs resigning their posts It came after 17 ministers resigned in protest at the PM’s battered leadership, which took a massive hit when it emerged he had “forgotten” he had been warned that Pincher was a pervert.

A number of Cabinet Ministers including Simon Hart and Grant Shapps had let the Chief Whip know they thought the PM’s time was up and he would lose another confidence vote.

They were then invited by Chris Heaton Harris to tell the PM to his face. Another 18 junior bag carriers also quit the Government and the PM lost some of his most loyal MPs, including Red Waller Lee Anderson and ultra-loyalist Tom Hunt — who had also been some of his biggest defenders. Every single junior minister in Education and Levelling Up quit in the unprecedented walkout.

Culture Secretary Nadine Dorries and Northern Ireland Secretary Brandon Lewis also had private meetings with the PM. But despite a resignation almost every 15 minutes throughout the day, Mr Johnson remained defiant and insisted he will “of course” be PM for days more.

The mass resignation of ministers, along with a string of parliamentary aides, came after Chancellor Rishi Sunak and Health Secretary Sajid Javid quit their posts on Tuesday evening. Mr Johnson did not deny reports that Cabinet minister Michael Gove told him early on Wednesday that he must stand down, but later sacked him by phone.

At Prime Minister’s Questions, BoJo said the “colossal mandate” he had been handed by voters in 2019 means he should keep going despite the “difficult circumstances”.

But Mr Javid’s resignation statement in the House laid bare the scale of the problems facing the PM — and he challenged other Cabinet ministers to consider their positions.

The PM stayed in the Commons chamber as Mr Javid set out the reasons for his resignation, saying Mr Johnson was not going to change and “enough is enough”.

Mr Javid said: “Treading the tightrope between loyalty and integrity has become impossible in recent months. I will never risk losing my integrity.”

He said “the problem starts at the top and I believe that is not going to change”.

In a message to Cabinet ministers who decided not to quit, he said: “Not doing something is an active decision. I’m deeply concerned about how the next generation will see the Conservative Party on our current course. It is incumbent on all of us to set high standards for ourselves and to take action when they are not met by others.”

Former justice minister Ms Atkins said: “I can no longer pirouette around our fractured values. We can and must do better than this.”

Rachel Maclean, who quit as a Home Office minister, said Boris should “resign for the good of the country and our party”. Former Cabinet ministers Robert Jenrick and Liam Fox also withdrew their support. 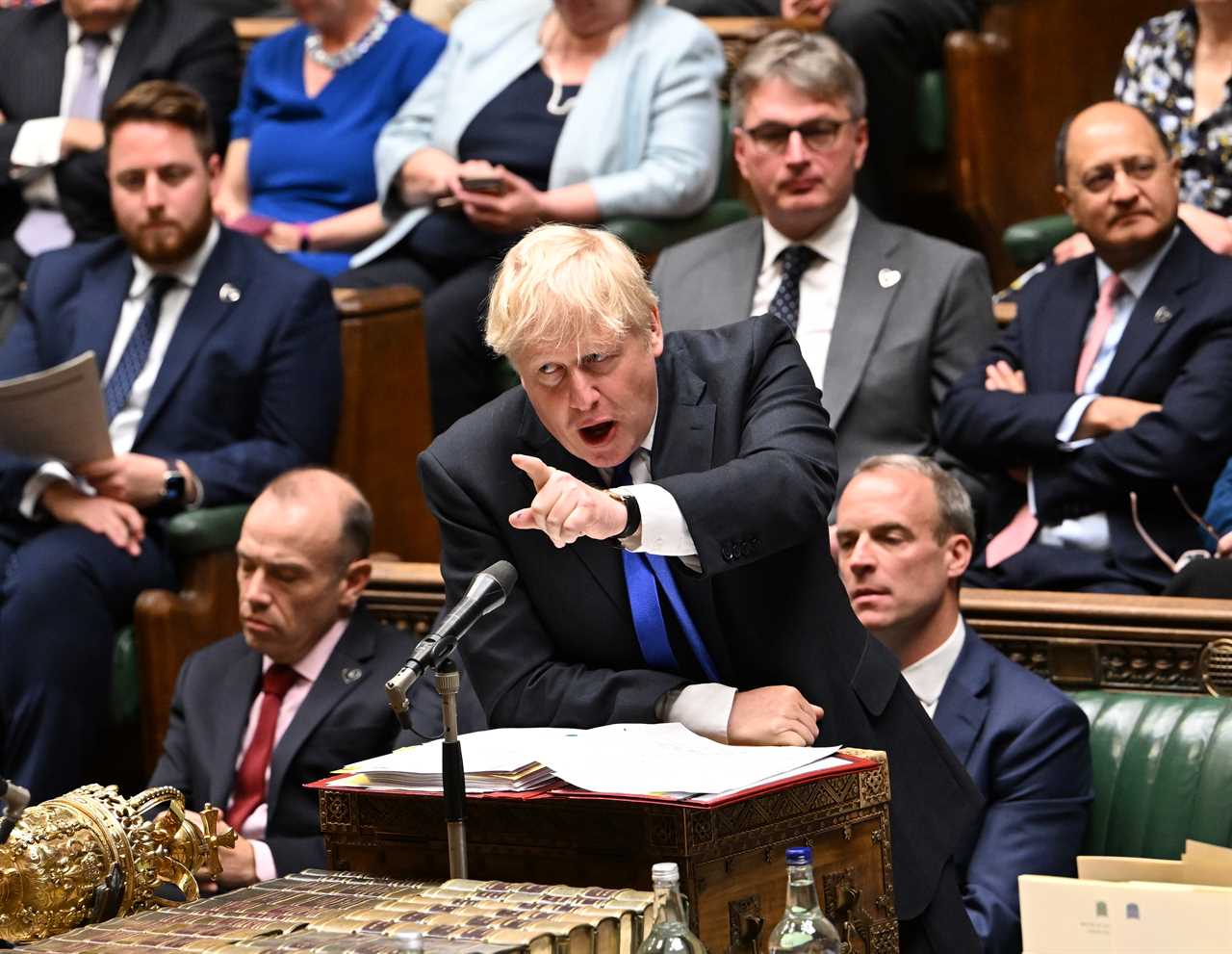 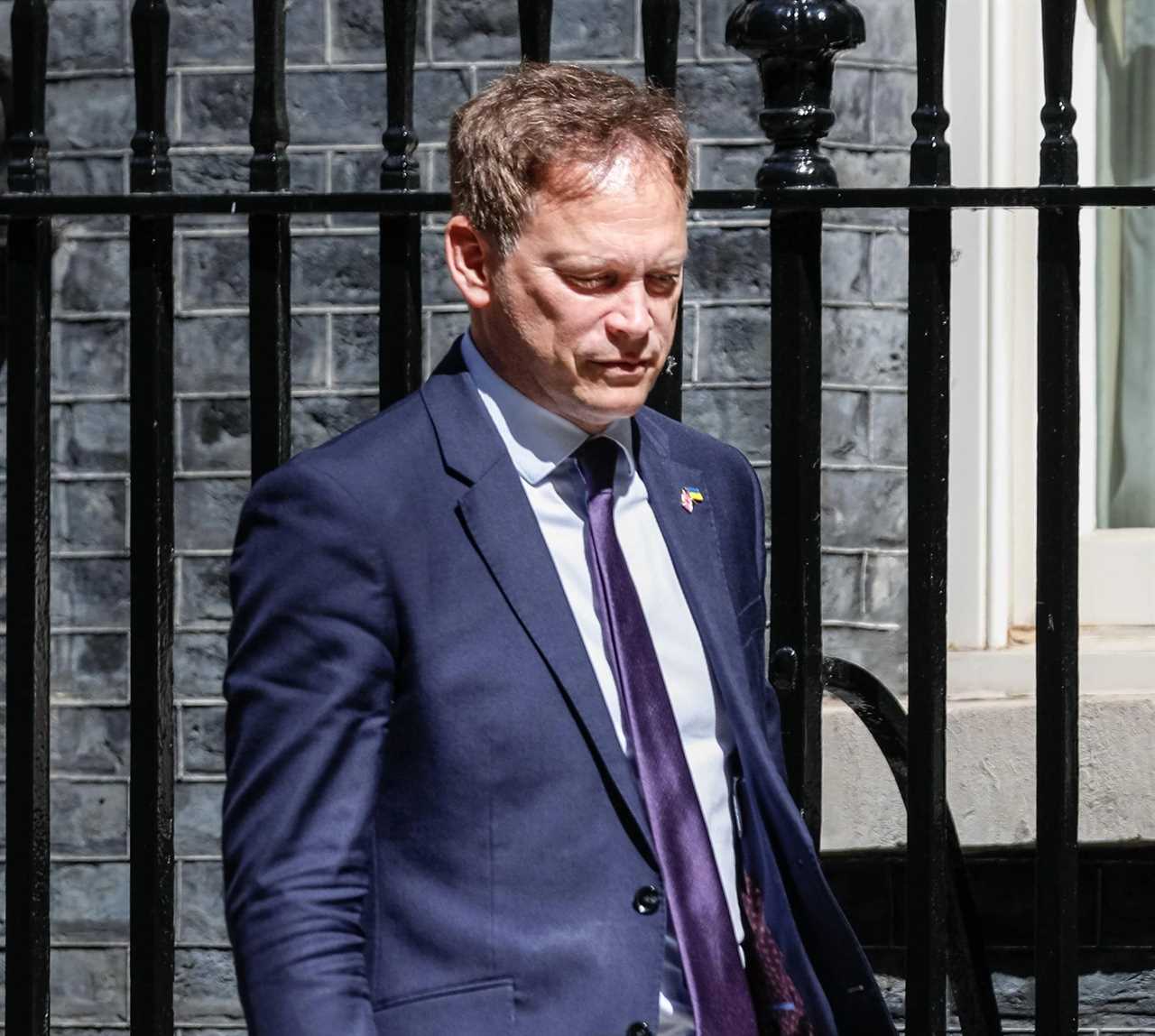 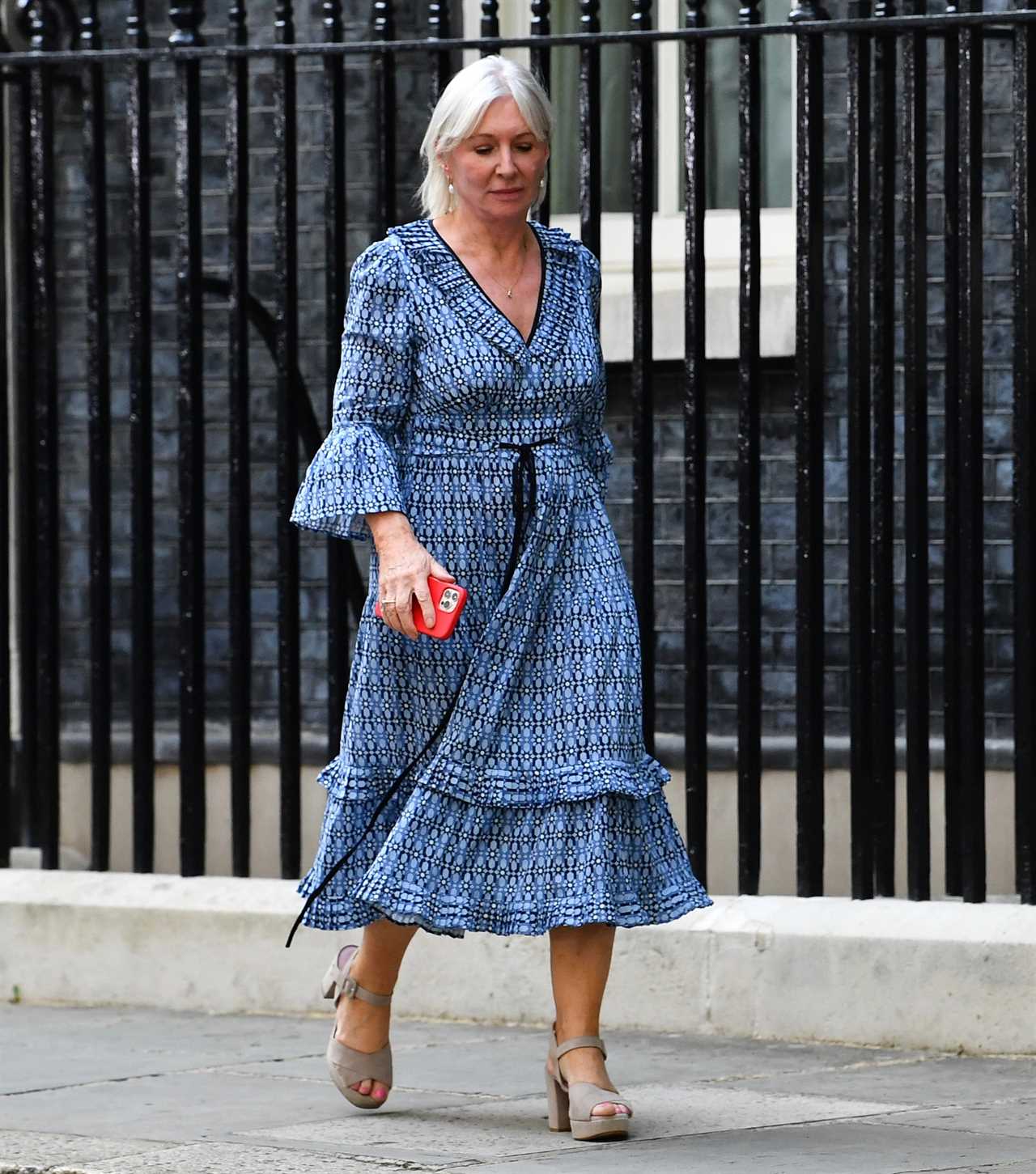 Culture Secretary Nadine Dorries had private meetings with the PM 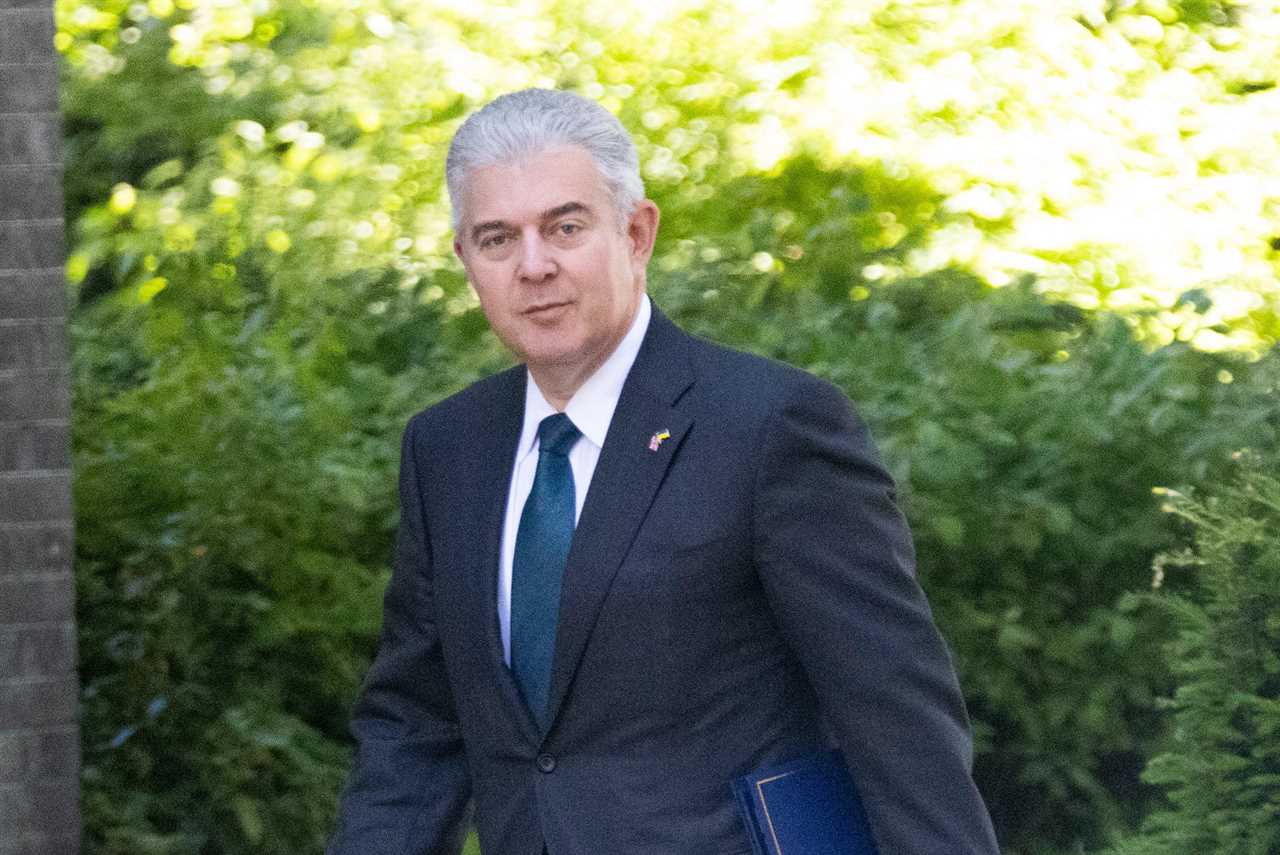 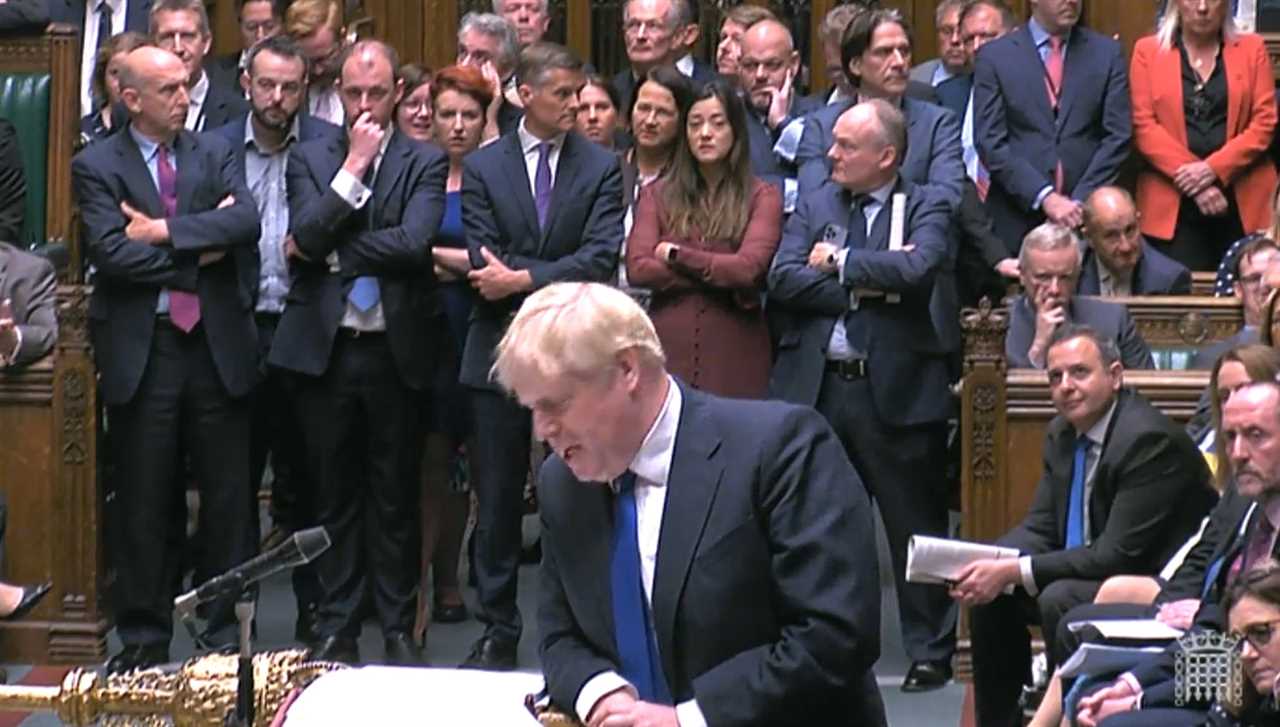 At Prime Minister’s Questions, BoJo said he should keep going despite the ‘difficult circumstances’