BORIS Johnson will announce THIS WEEK whether he is ditching Plan B restrictions, Downing Street hinted today.Working from home, mandatory indoor..

BORIS Johnson will announce THIS WEEK whether he is ditching Plan B restrictions, Downing Street hinted today.

Working from home, mandatory indoor mask-wearing and vaccine passports are set to expire next Wednesday. 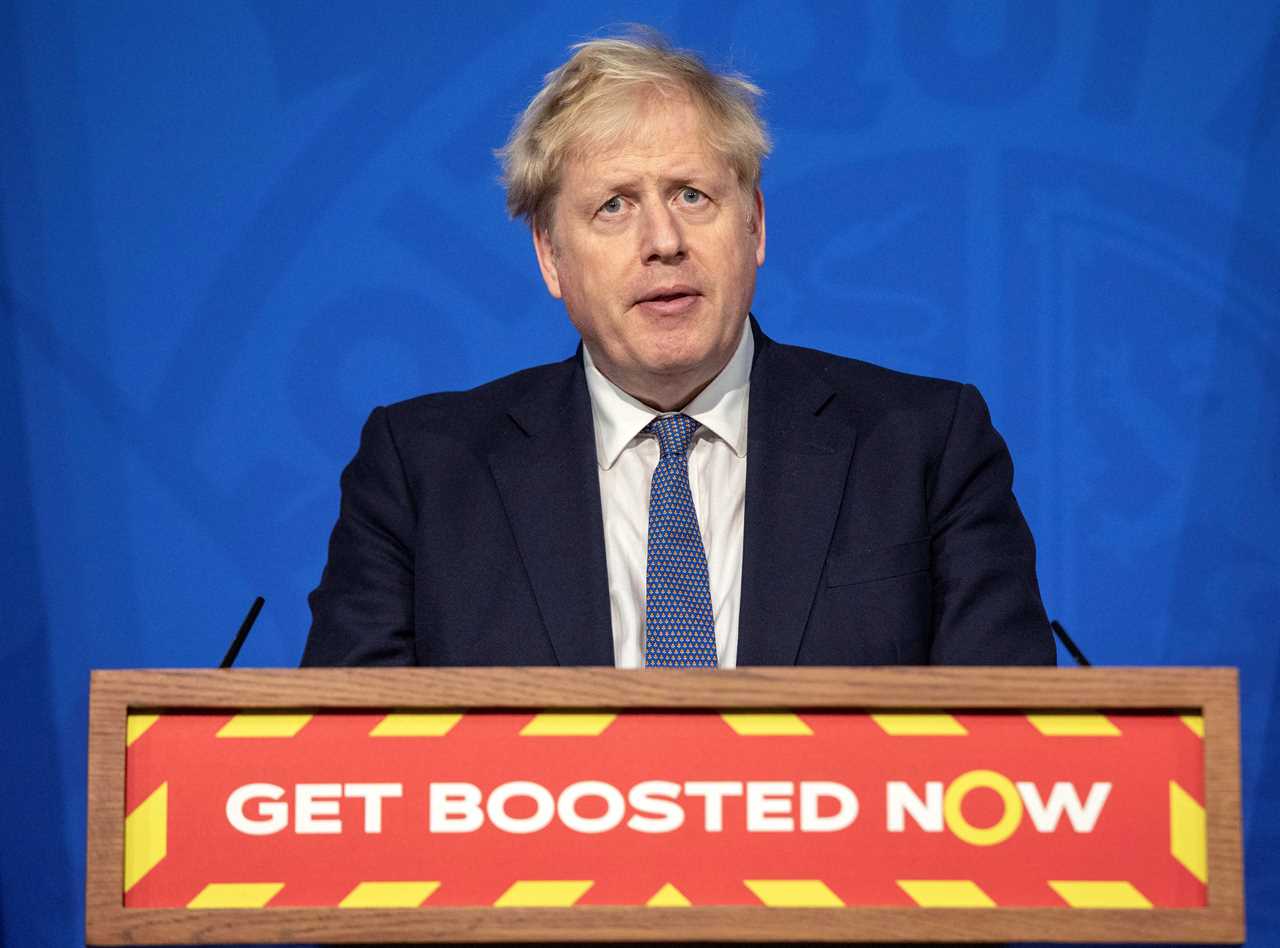 Boris Johnson is expected to make an announcement this week 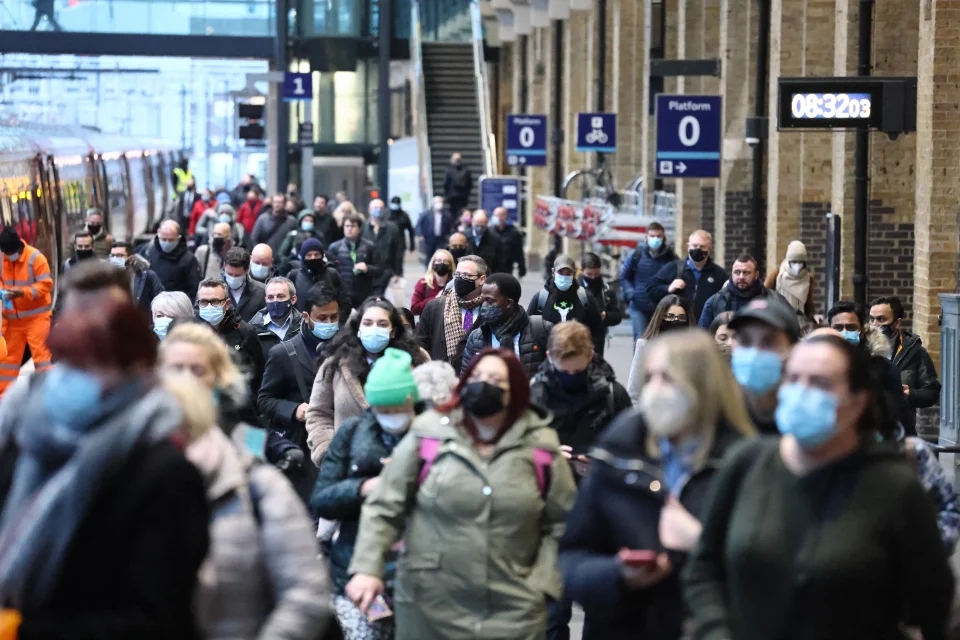 Plan B is expected to be ditched next week, weakening Covid restrictions 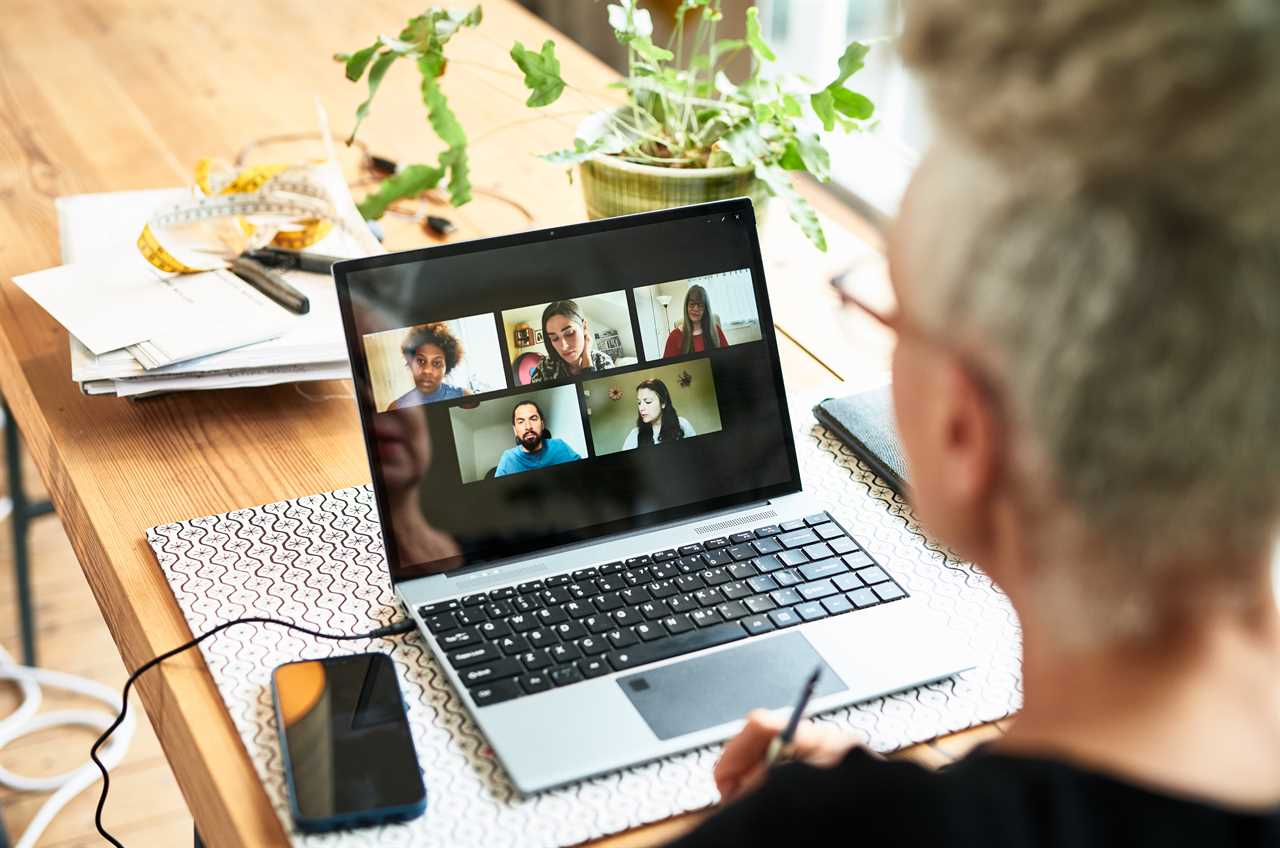 Working from home guidance is set to be scrapped next week

No10 this morning vowed to reveal whether they intend to extend the measures beyond January 26 in plenty of time.

The PM’s official spokesman said: “I think you’d expect us, as we’ve always sought to do is give the maximum amount of time possible.

“I don’t have a specific date for you. But certainly we will look to announce our position in advance to those changes coming into effect.”

The spokesman pointed to “encouraging” signs Britain is over the hump of Omicron.

The PM is expected to ditch working from home guidance and controversial Covid passports that would spark fresh rebellion from lockdown-hating MPs.

But the requirement to wear face coverings in many public places like trains, buses, and shops is set to remain until Omicron cases dip further.

Two senior Cabinet ministers have dropped the strongest hints yet that the PM is preparing to end the Plan B restrictions next week.

Today the Education Secretary Nadhim Zahawi said “the numbers are looking positive” in the UK’s fight against Covid.

He added: “I’m confident that when we review this on January 26 then we’ll be in a much better place to lift some of these restrictions.

“I think we are witnessing the transition of this virus from pandemic to endemic.

“I hope we’ll be one of the first major economies to demonstrate to the world how you transition this from pandemic to endemic.”

He also suggested that the requirement for masks in classrooms could be dropped as part of the easing of restrictions.

Instead, from next Wednesday face coverings may only be required in communal areas of schools like hallways and canteens.

And yesterday Tory party chairman Oliver Dowden was equally optimistic as he said Plan B would remain in place for “the shortest period possible”.

He said: “I’m under no doubt the kind of burdens this puts on hospitality, wider business, schools, and I want us to get rid of those if we possibly can.

“The signs are encouraging but, clearly, we will wait to see the data ahead of that final decision.”

A string of hugely positive studies show Omicron IS milder than other strains, with the first official UK report revealing the risk of hospitalisation is 50 to 70 per cent lower than with Delta.

The legal underpinning for Plan B expires on January 26 and the restrictions will fade away unless renewed by the PM.

Top Tories are urging Boris to do away with all curbs as he looks to steady his premiership amid the No 10 party scandal.

One Cabinet minister said: “The scientific voices seem to be becoming less doom-laden.

“If we have to keep wearing face masks for a bit, then I’m fine with that.

“Ending work-from-home guidance is the important one. It will help get the economy firing.”

The PM’s top team have been briefed with data “where everything seems to be going in the right direction”.

And a decision not to renew vaccine passports for mass events like football games would avoid another Commons mutiny from Tory MPs.

A source told The Times: “There was always a very high threshold for the policy. The way cases are going it will be hard to justify renewing it.”

Even scientific figures who warned of the dangers of Omicron now say the UK in a better place and measures can be eased.

Scotland and Wales went ahead and imposed harsher restrictions than England over Christmas, but are now ditching them.

He outlined a plan to ditch almost all restrictions and return to alert level zero on January 28 – two days after England.

The Welsh Tories said the Labour administration in Cardiff had “overreacted” to Omicron and should’ve followed No 10’s approach.

Leader Andrew RT Davies said: “Labour ministers clearly overreacted to Omicron and that has caused significant pain and anguish for families and businesses in Wales.

“Sadly, Labour have left Wales as an outlier in the UK with the strictest restrictions when it comes to sport, outdoor activity and hospitality.

“The British booster campaign has been a resounding success and, as such, Labour should now move swiftly and remove restrictions as we get on the road to recovery and as a nation learn to live with Covid 19.”

She has been panned by Scottish hospitality firms for insisting on tough curbs that hammered businesses while doing little to stop the virus.

A Tory strategist told the FT: “Boris’ polling numbers improve as the Covid tide turned over Christmas and the PM’s decision to hold the line paid off.

“The same could happen again in February — at least he will hope so.” 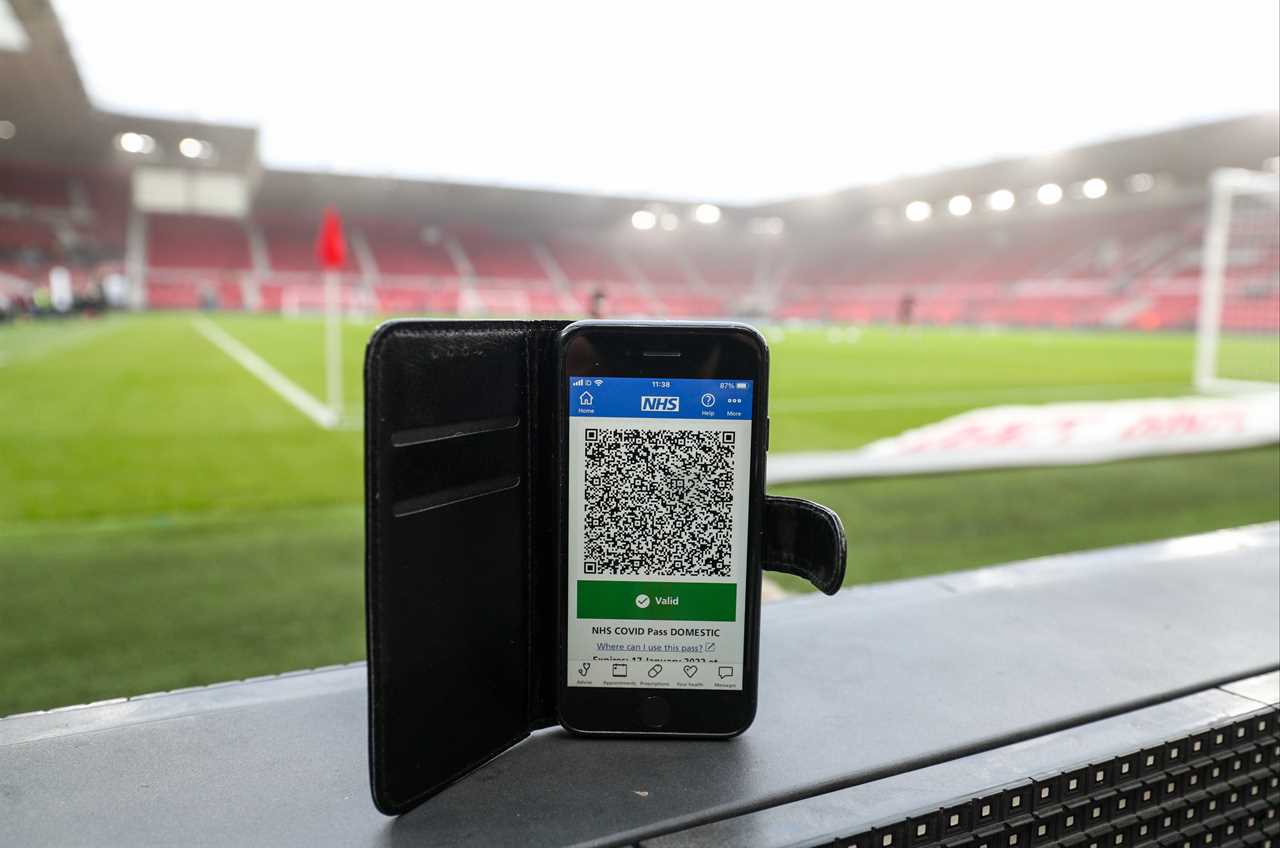 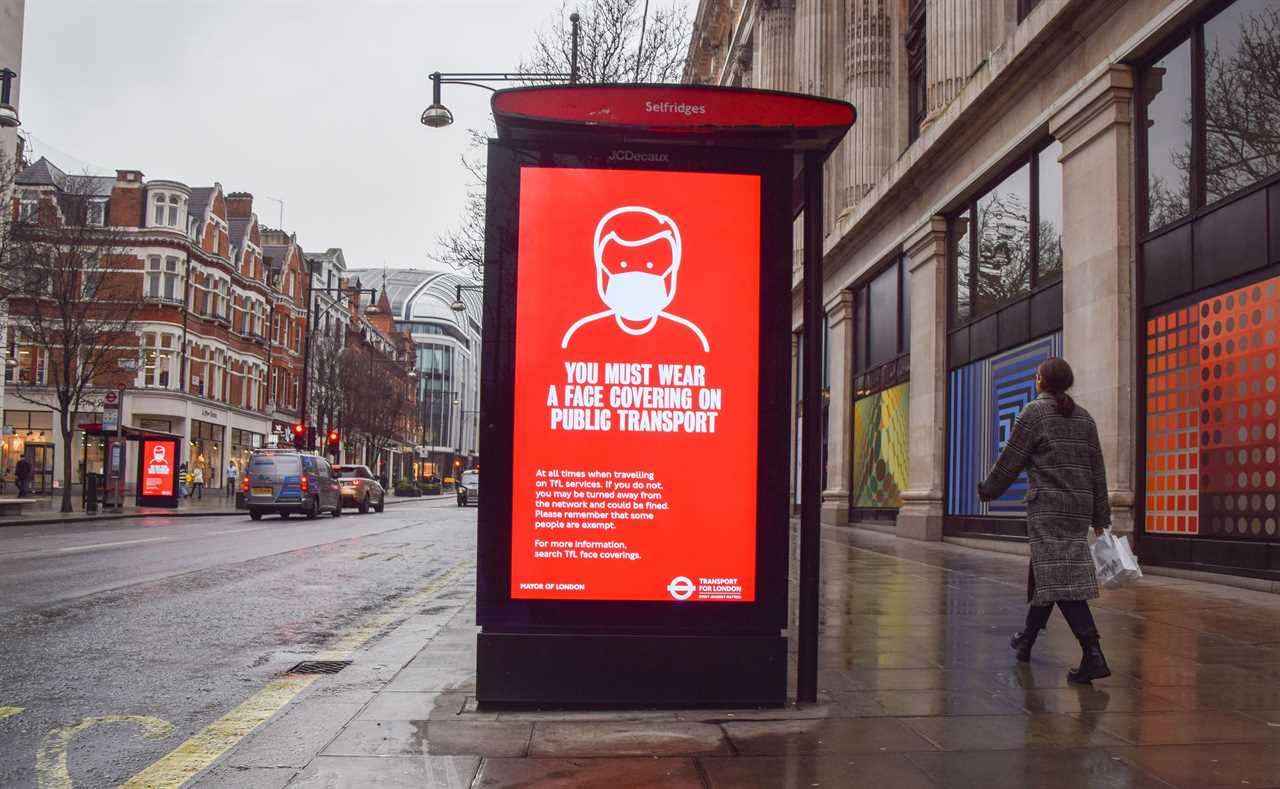