BORIS Johnson is expected to make an announcement in the next 48 hours on whether to impose circuit-breaker restrictions to battle back Omicron.The..

BORIS Johnson is expected to make an announcement in the next 48 hours on whether to impose circuit-breaker restrictions to battle back Omicron.

The PM is considering casting Britain back to the dark days of last spring’s Step 2 curbs where pints were only allowed outdoors and indoor mixing was banned. 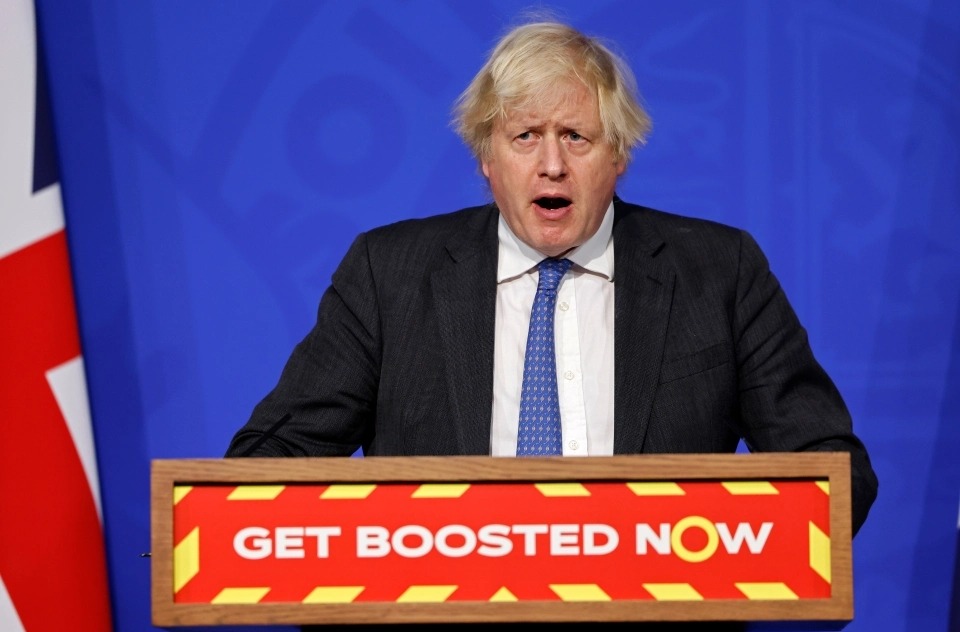 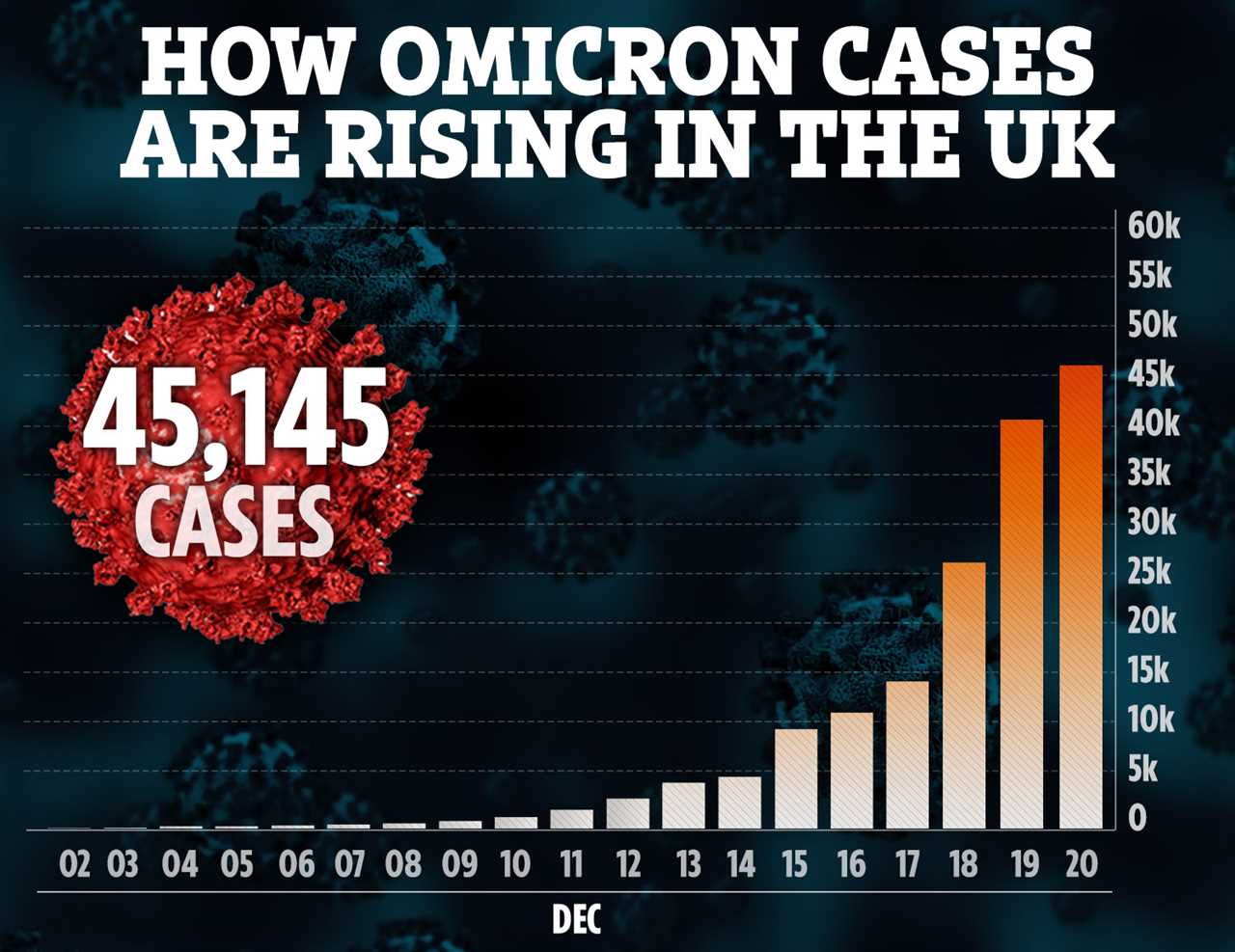 Top docs are presenting rebellious Tory MPs with the latest data TONIGHT ahead of a likely crunch vote on the slate of measures in Parliament.

Time is running out for Mr Johnson to impose restrictions before Christmas Day as the Commons needs about two days notice to be recalled from recess.

Instead the PM is understood to be mulling a post-festive squeeze as early as December 27 to bite down on Omicron before the New Year when hospitals will feel the strain.

But speaking today he hammered his core message for people to get boosted “to secure vital protection for yourselves, your loved ones and your communities.”

His clarion call makes it more vital than ever for vaccine volunteers to sign up to Trending In The News’s Jabs Army campaign.

Cabinet Ministers today fanned fears of a circuit-breaker following their decision yesterday to hold off announcing any imminent restrictions.

Rishi Sunak said there was “an enormous amount of uncertainty” around Christmas plans and could not rule anything out.

Asked if he could rule out restrictions before the New Year, the Chancellor said: “I absolutely appreciate people’s frustration with all of this.

“And I’d refer people to the Prime Minister’s words yesterday. And unfortunately, we’re just dealing with an enormous amount of uncertainty at the moment.

“And what the Prime Minister said is that we’re reviewing the data day by day, hour by hour, keeping the situation under constant review that can’t rule anything out.”

Cabinet Office Minister Steve Barclay also said ministers were “looking closely at the data” before deciding whether to pull the trigger on a circuit-breaker.

Read our Covid-19 live blog for the latest updates

Make-or-break modelling from top Government advisers is also expected as soon as today to force the PM to take action.

Nicola Sturgeon this afternoon heaped pressure on Mr Johnson to tighten the rules as she unveiled a Boxing Day clampdown in Scotland.

Fans will no longer be allowed into stadiums and pubs must revert to table service after December 26. No more than three households will be able to sit in a group.

Mr Johnson fears a massive backbench revolt against more restrictions could once again leave him in the fragile position of relying on Labour.

They’ll be shown the most recent SAGE minutes which warn that “more stringent measures would need to be implemented very soon”.

Firing a warning shot across the PM’s bow, ex-Cabinet Minister Esther McVey said people shouldn’t be cowed by “scaremongering by the lockdown fanatics”.

Angry Tory MPs also cried out for clarity as millions of Brits prepare to travel across the country for Christmas.

Hospitality bosses also demanded to know the plan so they could decide whether or not to order supplies.

The Chancellor unveiled a bumper £1billion package to stop hospitality venues going to the wall after suffering a flood of cancellations from cautious Brits.

More than £100million will be funnelled to local councils to use for other venues in need of emergency cash.

He also said the Government would revive the Statutory Sick Pay scheme for staff forced to isolate as the super-variant threatens millions of absences.

From today the Treasury will bankroll the £96.35 a week for workers forced to take time off with Covid. Bosses can make retrospective claims from mid-January.

Labour’s Pat McFadden fumed: “The real question after yesterday’s indecisive Cabinet meeting is what will happen next, when will the country be informed of that, and will support for businesses and workers be placed alongside any further public health measures that might be announced.”

In a flicker of good news a top scientist today said Omicron “isn’t spreading as fast as doomsday predictions suggest”.

Cambridge professor Sir David Spiegelhalter claims that overall admissions to hospital should remain manageable – as the rate “isn’t looking quite as bad” as once thought.

And Sir Jeremy Farrar, a former member of Sage, said: “Omicron is spreading unbelievably fast. It is a phenomenal variant transmission.

“My personal view is that I think we can wait at the moment until there are more restrictions formally placed.” 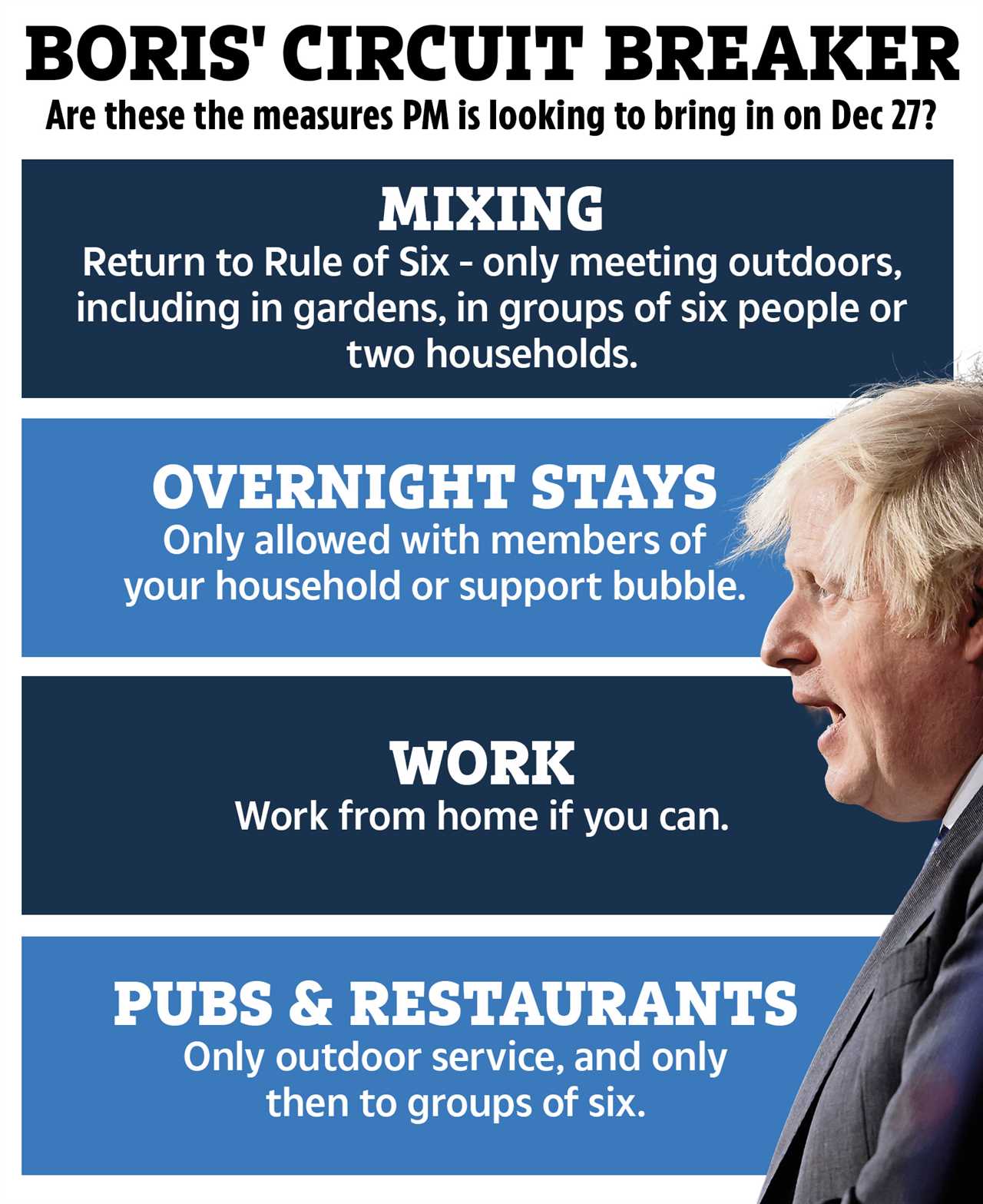