When the Supreme Court overturned Roe v. Wade on Friday, Veronica Risinger started what she thought would be a tiny Facebook group for her neighbors.. 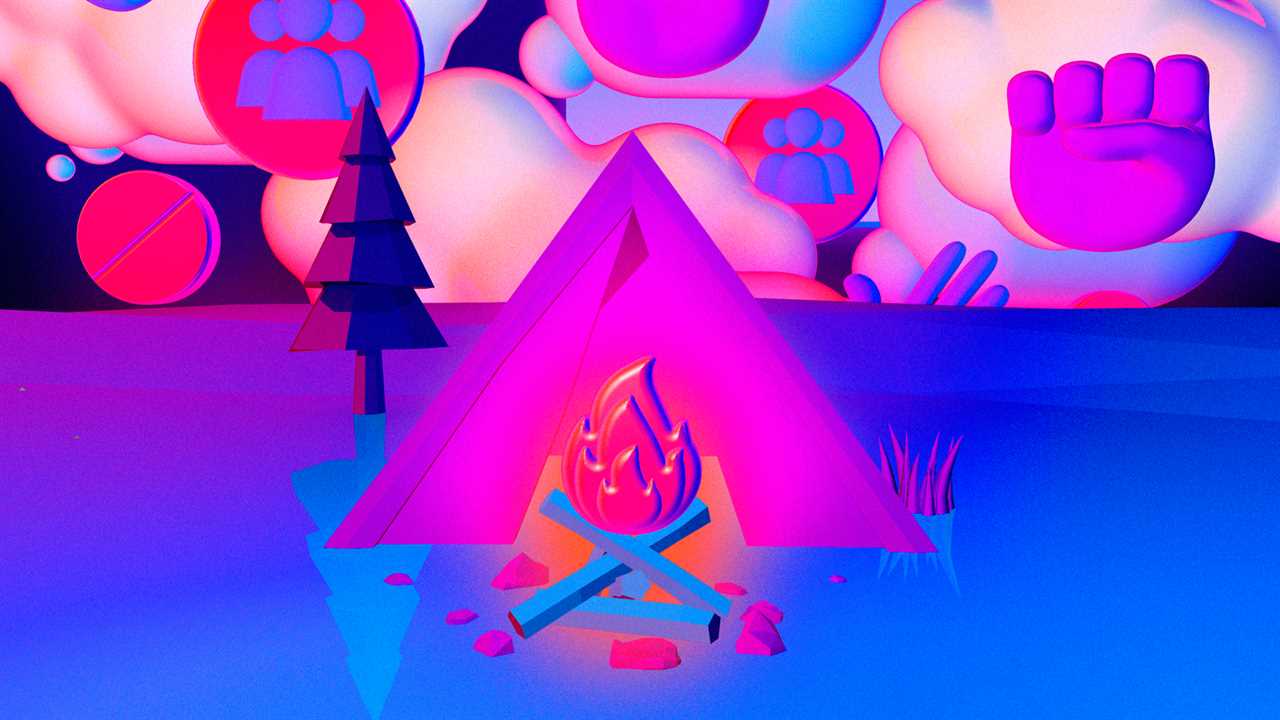 When the Supreme Court overturned Roe v. Wade on Friday, Veronica Risinger started what she thought would be a tiny Facebook group for her neighbors in Kansas City., Mo., to share resources for people seeking abortions.

But Risinger’s phone notifications never stopped. Her little group has morphed into a 30,000-member nationwide nexus for rage, heartfelt personal stories and education among people anxious about a post-Roe America.

Risinger doesn’t understand how her Facebook group grew so large. At one point, she said, there were 10,000 people waiting to join the private group, USA Camping Resource Center. (“Camping” is a code word used in some online conversations about abortion.)

She wasn’t ready for the time commitment or for the responsibility of providing people with a place to express their feelings and to find information about the fast-changing legal status of abortion in the U.S. But she feels that she must do the best she can. “I don’t want to be doing this, but this is the world that we’re living in,” Risinger told me.

That one woman became an unwitting leader of a large forum for abortion rights supporters shows that Facebook remains a place where Americans hash out their hopes and fears. As it did for Facebook groups that sprang up to promote the false claim of widespread 2020 election fraud, emotion can help online communities to go viral in ways that surprise their creators and the company itself.

On Friday morning, Risinger was at work, and seething. Within minutes of the Supreme Court decision, her home state of Missouri enacted an immediate “trigger law” banning abortion.

“I was filled with such rage,” she told me this week. “I thought, OK, I can give people a place where they can get together.”

Risinger has experience overseeing other Facebook groups, and she started USA Camping Resource Center largely — or so she thought — for people in her area who shared her anger and who wanted to vent, to talk about what they could do or to offer help. “Maybe that could have worked if it were me and 10 people in my neighborhood,” she said.

Almost immediately, it became far more than that. People have flooded the Facebook group, telling raw personal stories about having an abortion or being denied one. And they ask many questions about how these bans could affect them.

Risinger said that one woman in Missouri messaged the group because she was worried about her legal risk from a planned procedure for implanted birth control. (Birth control remains legal across the U.S. The Kansas City Star has more information about access in Missouri.) Women also asked whether data from period-tracking apps might be used by law enforcement to build a case against them for having an abortion. (Period-tracking apps can be a risk, but other data can be more incriminating.)

For those seeking information, the group directs people as much as possible to authoritative sources, including organizations experienced in abortion advocacy and assistance.

People seem to find out about the group mostly by word of mouth, and the response has amazed Risinger, who now finds herself moderating posts at all hours, including minutes after running a race on Saturday.

But the group became highly active very quickly, and Risinger said she felt overwhelmed. She said she quickly shifted her plans: “We had the group before we really knew what we were doing.”

As is done in many other Facebook groups, Risinger decided that the best approach to keep the conversation from going off the rails was to make rules and to enforce them strictly. The top rule: “Don’t be a jerk,” and there’s no room for debate about abortion rights.

People who want to join the group must first answer why they support “camping.” (Some people apparently believe it’s a Facebook group about the outdoors.) Each newcomer as well as each post is approved by a moderator, of which there are now about 20 whom Risinger enlisted after the group became too big for one person to handle.

To protect people from the safety risks that could come with offering rides or homes to strangers, the group started to block posts that proposed personal assistance for abortion appointments.

Facebook’s critics have said for years that groups on the site have become hubs for unchecked conspiracy theories or health misinformation. And fringe groups on Facebook and elsewhere online have spread false ideas or calls to violence in response to the Roe ruling. After Facebook flagged some comments in Risinger’s group for breaking the company’s rules against violence and incitement, she told members to stop suggesting violence as a solution to problems. (Everything that I read in the group was respectful and nonviolent.)

I asked Risinger how people’s behavior might be different on Facebook than in an in-person community. Are people more emotionally vulnerable, or more cruel?

“Are people worse on Facebook than they are in real life? Almost always yes,” she said. But on the other hand, the group would never have so rapidly expanded without social media, she said.

Risinger says she doesn’t know what the future holds for the Facebook community that she created in a fit of rage. She hopes to harness people’s energy into productive action. There are discussions about mobilizing around an August election in Kansas, in which voters will decide whether to remove the right to an abortion from the state constitution.

“The momentum we have is something that is not lost on me,” Risinger said. “I’m going to do whatever I can to make sure it gets put to good use.”

Tip of the Week

Lessons from a hellish vacation plan

Last year I wrote a column about using tech to make travel plans in a pandemic. That advice still applies: Check your destination’s travel and tourism websites for potential requirements about Covid-19 vaccines and test results, and carry a digital copy of your health data on your smartphone.

I have another hard-earned lesson from my own bad experience.

I booked plane tickets this year to fly across the country for a wedding in the fall. I used Hopper, a travel price comparison service, to find and book the cheapest Delta flights.

I regret it. Over the past few months, Delta changed my flight itinerary multiple times and even canceled one of my connecting flights. After I waited on hold for more than an hour to speak to a Delta representative, the company put me on a different flight. Problem solved? No.

When I didn’t receive a confirmation of my new ticket, I reached out again. A Delta representative told me that Hopper had canceled the ticket after Delta changed it. The only way to reach Hopper is through email support, whose response could take up to 48 hours, unless you want to pay more.

After an email to Hopper and another call to Delta, the airline put me on a different flight again. I sent another email to Hopper, asking that the company not touch the reservation. Crisis averted. I hope.

The lesson? If you’re booking travel online, simplify the process. Airlines are short-staffed, and you might face long waits for customer support. Travel booking services like Expedia and Hopper may save you money, but they may not be worth it.

Cut out the middlemen, and book directly with the airlines and hotels. That way, if you run into problems, you are dealing with one company and not two.

The running (sort of) of the goats. Each summer, a park in New York City enlists goats to munch on invasive plants. They were released into the park on Wednesday, and not all of them are exactly hoofing it. (See what I did there?!)