N.L.R.B. counsel calls for a ban on mandatory anti-union meetings.

The general counsel of the National Labor Relations Board on Thursday issued a memo arguing that the widespread employer practice of requiring.. 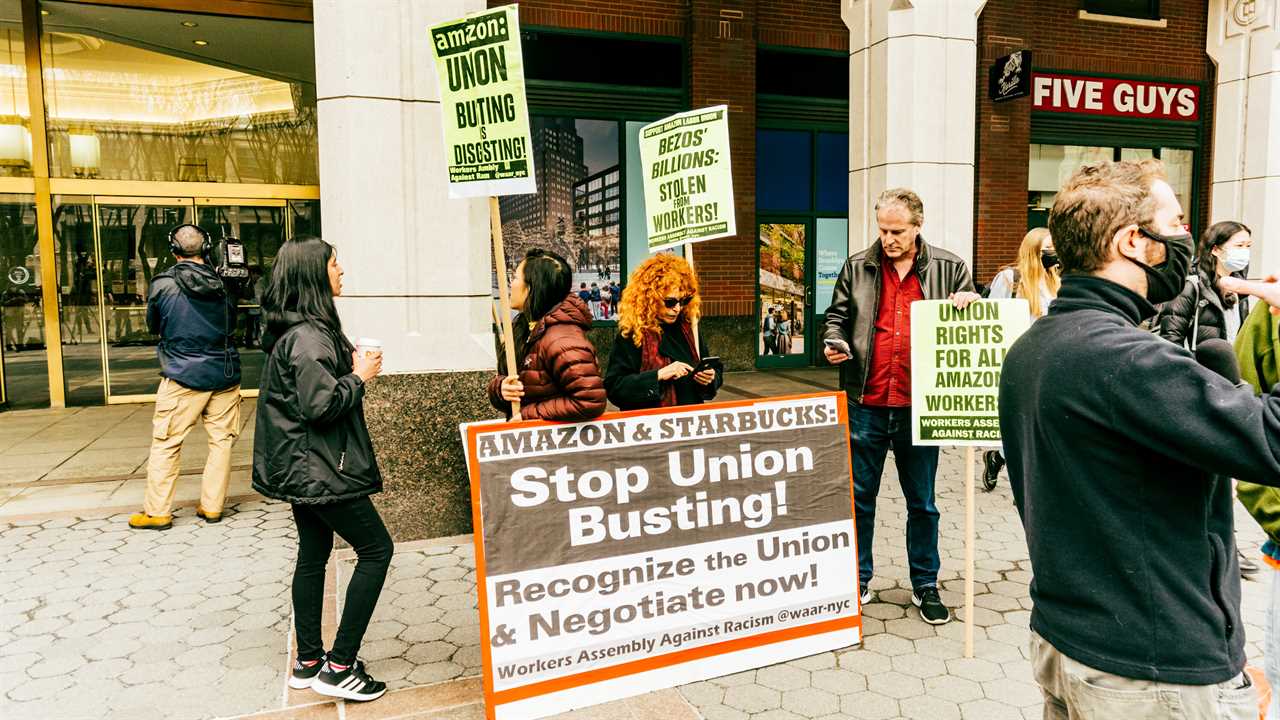 The general counsel of the National Labor Relations Board on Thursday issued a memo arguing that the widespread employer practice of requiring workers to attend anti-union meetings is illegal under federal law, even though labor board precedent has allowed it.

The general counsel, Jennifer Abruzzo, who enforces federal labor law by prosecuting violations, said her office would soon file a brief in a case before the labor board, which adjudicates such questions, asking the board to reverse its precedent on the meetings.

“This license to coerce is an anomaly in labor law, inconsistent with the act’s protection of employees’ free choice,” Ms. Abruzzo said in a statement, referring to the National Labor Relations Act. “I believe that the N.L.R.B. case precedent, which has tolerated such meetings, is at odds with fundamental labor-law principles, our statutory language, and our congressional mandate.”

In recent months, high-profile employers like Amazon and Starbucks, which are facing growing union campaigns, have held hundreds of meetings in which they try to persuade workers not to unionize by arguing that unions are a “third party” that would come between management and workers.

Amazon officials and consultants have repeatedly told workers in mandatory meetings that they “could end up with more wages and benefits than they had prior to the union, the same amount that they had, or potentially could end up with less,” according to testimony from N.L.R.B. hearings about a union election in Alabama last year.

The company spent more than $4 million last year on consultants who took part in such meetings and sought out workers on warehouse floors.

But many workers and union officials complain that these claims are highly misleading. Unionized employees typically earn more than similar nonunion employees, and it is highly unusual for workers to see their compensation fall as a result of a union contract.

Wilma B. Liebman, who headed the labor board under President Barack Obama, said the labor board would probably be sympathetic to Ms. Abruzzo’s argument and could reverse its precedent. But she said it was unclear what practical effect a reversal would have, since many employees may feel compelled to attend anti-union meetings even if they are no longer mandatory. “Those on the fence may be reluctant not to attend for fear of retaliation or being singled out,” Ms. Liebman wrote by email.

According to a spokeswoman, the board’s regional offices, which Ms. Abruzzo oversees, are also likely to issue complaints against employers over the meetings. One union, the Retail, Wholesale and Department Store Union, has brought such a case in Bessemer, Ala., where it recently helped organize workers seeking to unionize an Amazon warehouse. A vote count last week showed union supporters narrowly trailing union opponents in that election, but the outcome will hinge on several hundred challenged votes whose status will be determined in the coming weeks.

The labor board spokeswoman said the outcome of the board’s “lead” case on the mandatory meetings would bind the other cases. The case is pending but has not been identified.