What is Quordle and how is it different to Wordle? 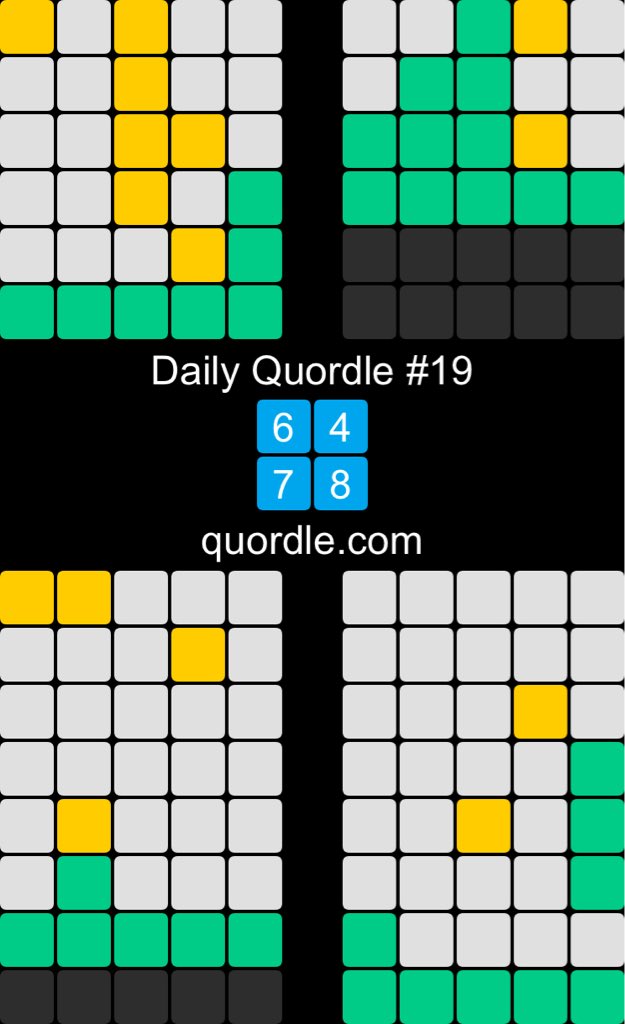 Quordle is a spin-off or Wordle, but with a challenging twist

Quordle is a new word game, based on the concept of the viral Wordle – but with a twist.

In Quordle, instead of guessing one five-letter word, you have to guess four words simultaneously.

You have nine tries to solve all four five-letter words, with each guess appearing in all four fields – so choose your starting word carefully.

Quordle has been branded “Wordle on steroids” and has left players frustrated after trying to solve the daily puzzle.

While another said: “Just had a go and it fried my brain…never having a go of that again.”

How can I play Quordle?

Quordle is free to play online at Quordle.com.

The concept of the Daily Quordle replicates Wordle, where players are given only one chance per day to compete.

However, for fans who need more, Quordle also offers the option to play an unlimited amount of practice games, which makes it even more addictive.

When playing either the Daily or Free Quordle, the rules remain the same.

You start by making your first five-letter word guess, and it’s important to start off strong.

When you type your guess in, it appears on all four words, flagging up any correct letters.

Like in Wordle, a green square appears if a letter is in the correct position, and a yellow square if the letter should be in a different spot within the word.

Grey letters mean they don’t appear in any of the four words.

A good strategy when playing Quordle is to not focus on one specific word, but to try to guess all four at the same time, by eliminating as many letters from the alphabet as possible.

How is Quordle different from Wordle?

Quordle is a spin-off of Wordle and was developed by a group of Wordle fans.

Quordle is not affiliated with Wordle, nor are websites connected in any official capacity.

Its popularity is growing, as it offers a more challenging version of the popular word puzzle.

Quordle also offers an unlimited amount of games, meaning you can always try again if you get stuck.

You also have more guesses – unlike Wordle’s six attempts, you have nine guesses to get the four words correct, giving you more opportunity to make mistakes.

The word game was developed by Welsh-born software engineer Josh Wardle and now is thought to have more than 3 million players across the world.

The former Reddit employee created the game during lockdown for himself and his wife.