VALVE’S new Steam Deck handheld console is having a stock crisis as gamers scramble to buy the new machine. 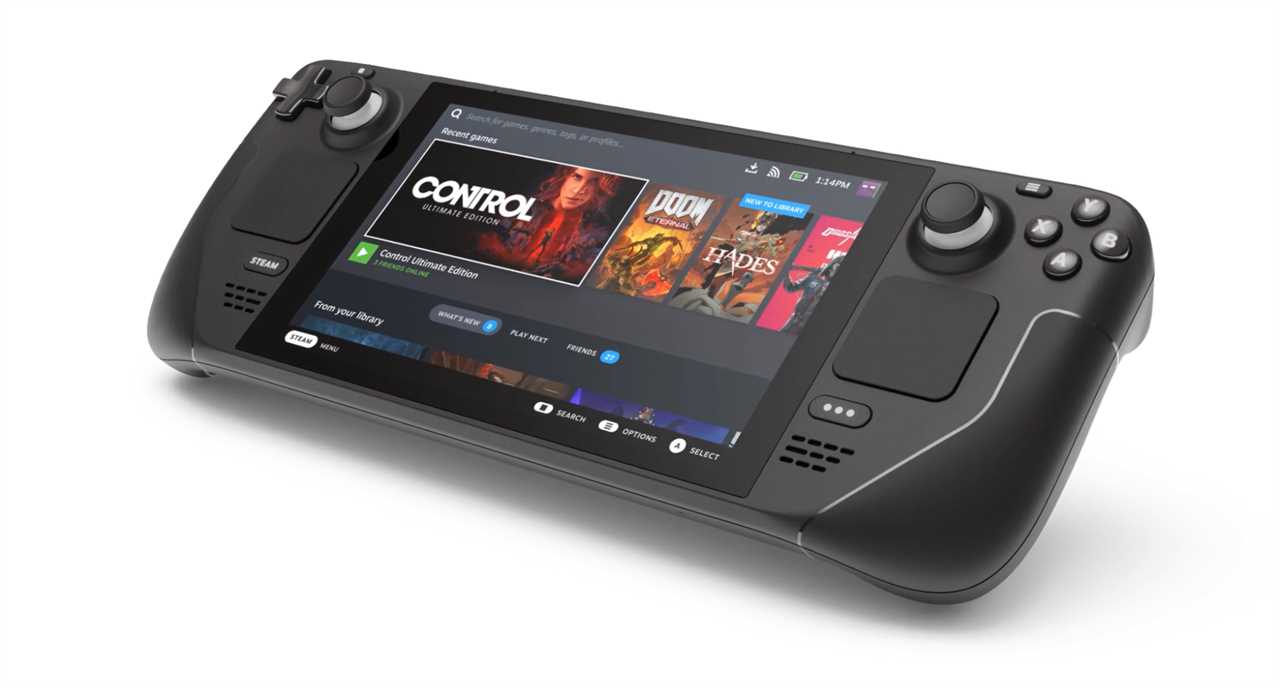 It’s got a 7-inch screen with 720p resolution 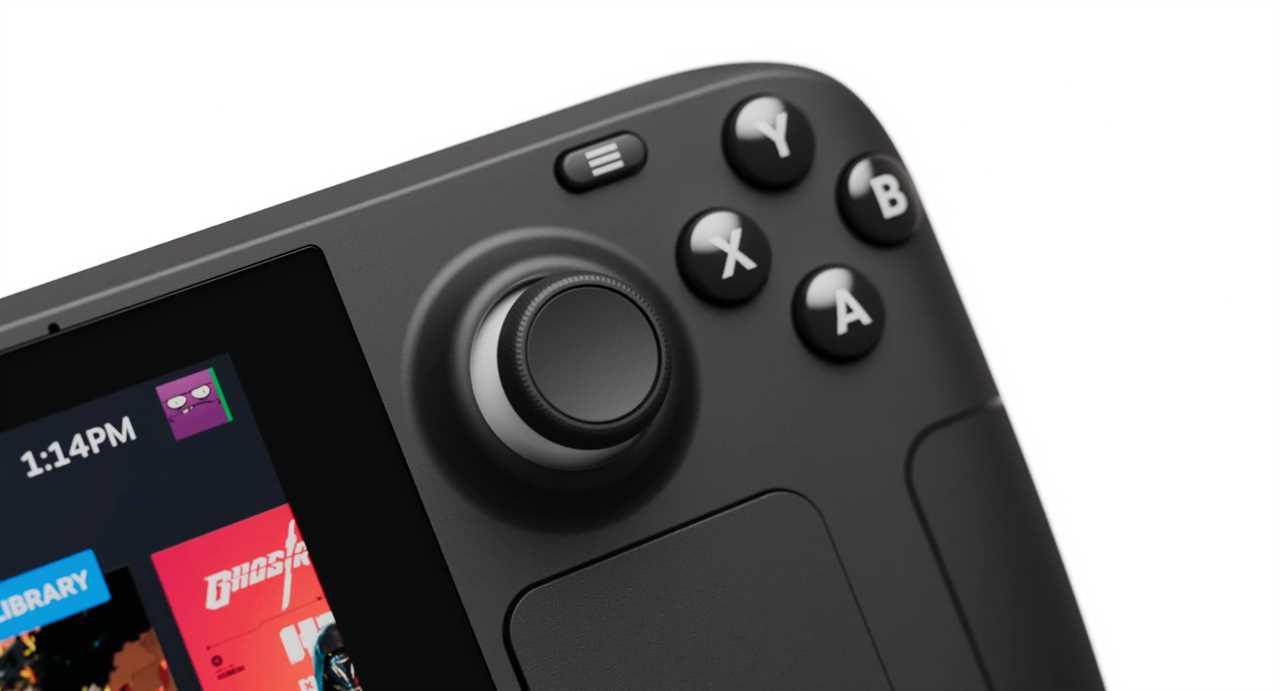 There are analogue sticks and touchpads

Pre-orders for the console have been flying off the virtual shelves.

The Steam Deck wasn’t supposed to start shipping until December 2021.

But demand has been so rampant that pre-orders on some models bought today won’t ship until the third quarter of 2022.

That’s anywhere from July to September – potentially more than a year wait.

The base model currently has the best availability, shipping in Q1 2022.

But the mid-spec and high-spec variants are both listed for Q3 2022 availability.

The Steam Deck is a brand new handheld console created by Valve.

Game developer Valve was rumoured to be plotting such a device – but it’s now official.

There are ABXY buttons (like on an Xbox), as well as analogue sticks, triggers, rear buttons and two touch pads.

The Deck uses a custom processor built by AMD based on the Zen 2 design.

This features a four-core CPU and a GPU that manages 1.6TFLOPS (1.6trillion operations per second).

It also boasts 16GB of LPDDR5 RAM, a 40 watt-hour battery that lasts seven to eight hours, and a gyroscope for control.

There are three models, largely differentiated by improved and expanded storage capacities.

You can also expand storage using microSDXC or microSDHC.

Impressively, Valve says that the Steam Deck will be able to run AAA games.

You’ll have access to your Steam games, and the Deck will also support rival stores like Epic Games or EA Play.

The Deck can be hooked up to an external monitor using HDMI or DisplayPort.

Here’s how pricing breaks down:

The console is only available in select countries, including the UK, USA, Canada and EU nations. 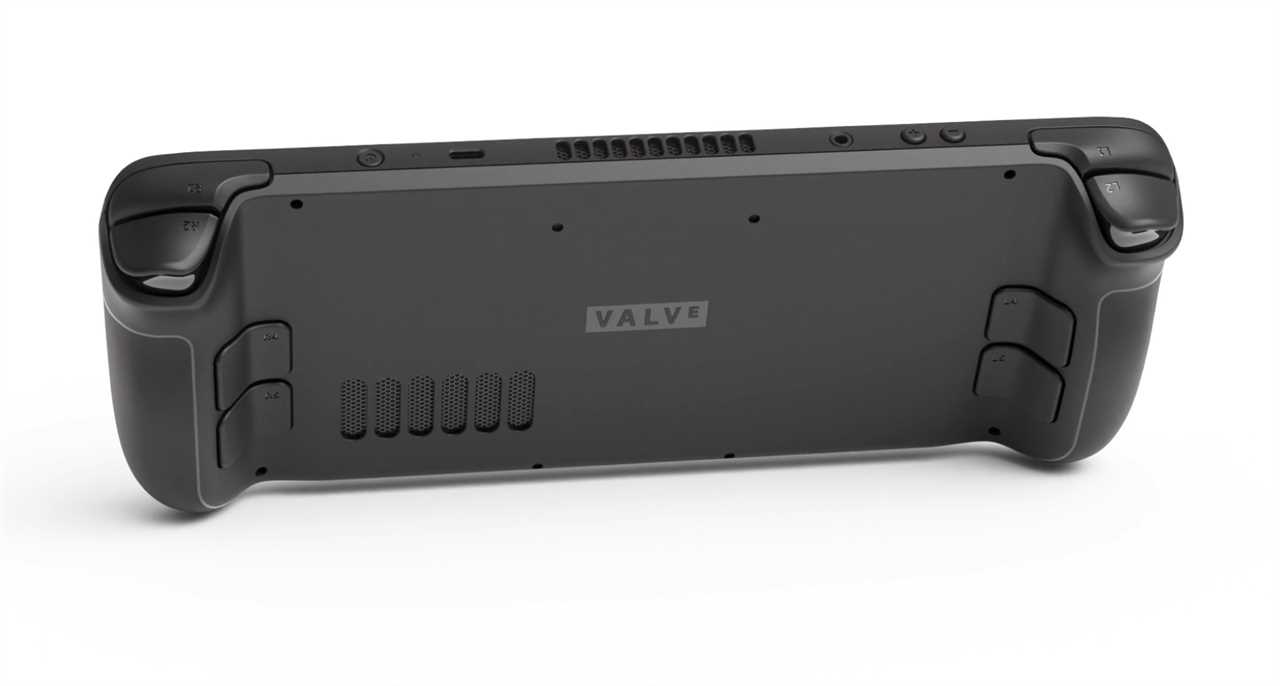 The device should last between six and eight hours per charge