ONE of the three trials you have to face in Pokémon Scarlet and Violet is the Titan Pokémon.Similar to Sun and Moon’s Totem Pokémon, or the Dynamax..

ONE of the three trials you have to face in Pokémon Scarlet and Violet is the Titan Pokémon.

Similar to Sun and Moon’s Totem Pokémon, or the Dynamax mechanic in Sword and Shield, Titan Pokémon are giant powerful versions of ‘mons. 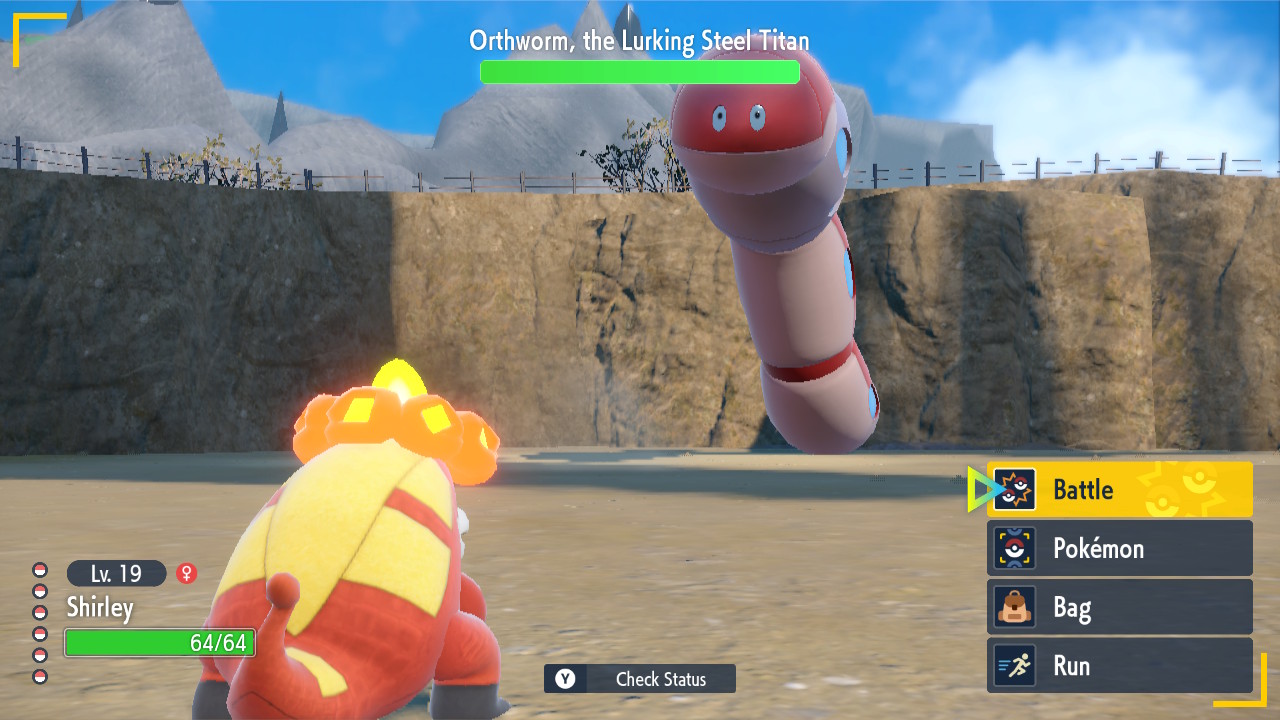 Use special moves to take down Orthworm.

There are five of these to find and take down, so it can be daunting to figure out which one to take on first.

We’ll break down all five Titans in Pokémon Scarlet and Violet, so you know what you have in-store.

Klawf is the lowest-level Titan and probably the first one you will want to challenge.

Despite being a crab, it’s pure Rock-type, giving Quaxly and Sprigatito trainers an easy time.

However, there are a lot of Water- and Grass-type Pokémon in the early game to choose from, even if you chose Fuecoco.

Bombirdier is a big step up from Klawf;  it has impressive offensive stats which can quickly weaken your team.

It’s dual Flying/Dark-type, so Psychic- and Fighting-type ‘mons will be no use here.

Instead, try to use a number of Rock-, Ice-, or Electric-type attacks.

Luckily, you should have Klawf after the first battle. Pawmi is another Pokémon you can use from the early game, but be warned it evolves into a Fighting-type.

Despite looking like a wormy lad, Orthworm is in fact pure Steel-type and can be a little difficult to manage.

Fighting-, Ground-, and Fire-type attacks will all work here, but choose special instead of physical attacks as it has a whopping base 145 defence.

It’s not particularly fast, but it might still outspeed the super slow Fuecoco-line.

This one depends on what version you picked; Great Tusk is in Scarlet and Iron Treads is in Violet.

Both are dual Ground-type, but Great Tusk shares this with Fighting, and Iron Treads with Steel.

Violet players should have a strong Steel counter after their encounter with Orthworm, and both have a special weakness.

Flying-types will give Scarlet players the double advantage of being strong against Fighting, and also immune to Ground.

This challenge forces you to face two Pokémon in a row, making it one of the trickier battles.

Dodonzo is a Water-type with massive physical defence, again forcing you to use Special moves.

Tatsugiri is stronger than it looks, with a huge Special attack stat that makes high Special Defence necessary.

Azumarill is a good choice for its strong defences and Fairy-type moves that work against this Water/Dragon-type.

Written by Georgina Young and Oliver Brandt on behalf of GLHF.