WHILE your team’s kit won’t add anything to your players’ chemistry, it’s still nice to make your FIFA Ultimate Team (FUT) stand out from the crowd..

WHILE your team’s kit won’t add anything to your players’ chemistry, it’s still nice to make your FIFA Ultimate Team (FUT) stand out from the crowd.

This year there has been a number of collaborations between teams and famous brands, giving us some of the nicest looking kits ever. 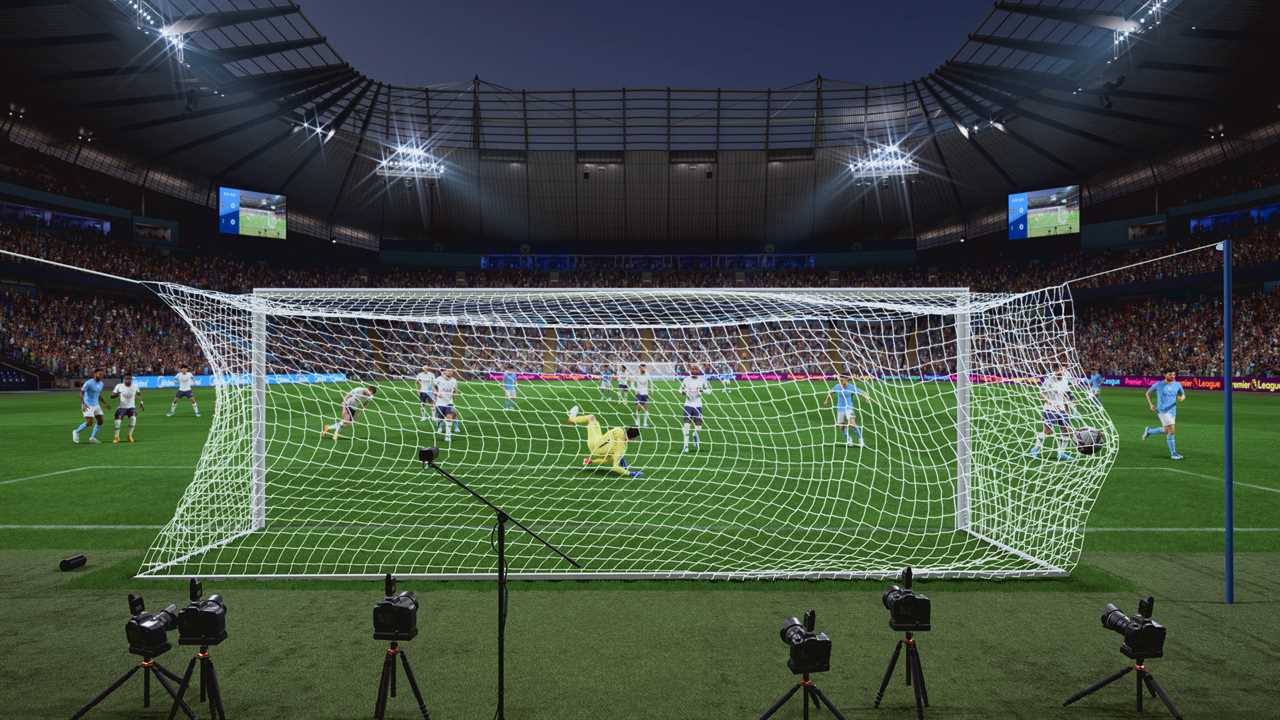 FIFA 23 has the most impressive graphics to date.

Choosing two very different looking kits for home and away is definitely the play to make sure you don’t clash with the opposition.

With so much to choose from, we’ve compiled a list of the freshest, boldest and smartest kits available in game.

Here are our top ten best kits from FIFA 23. 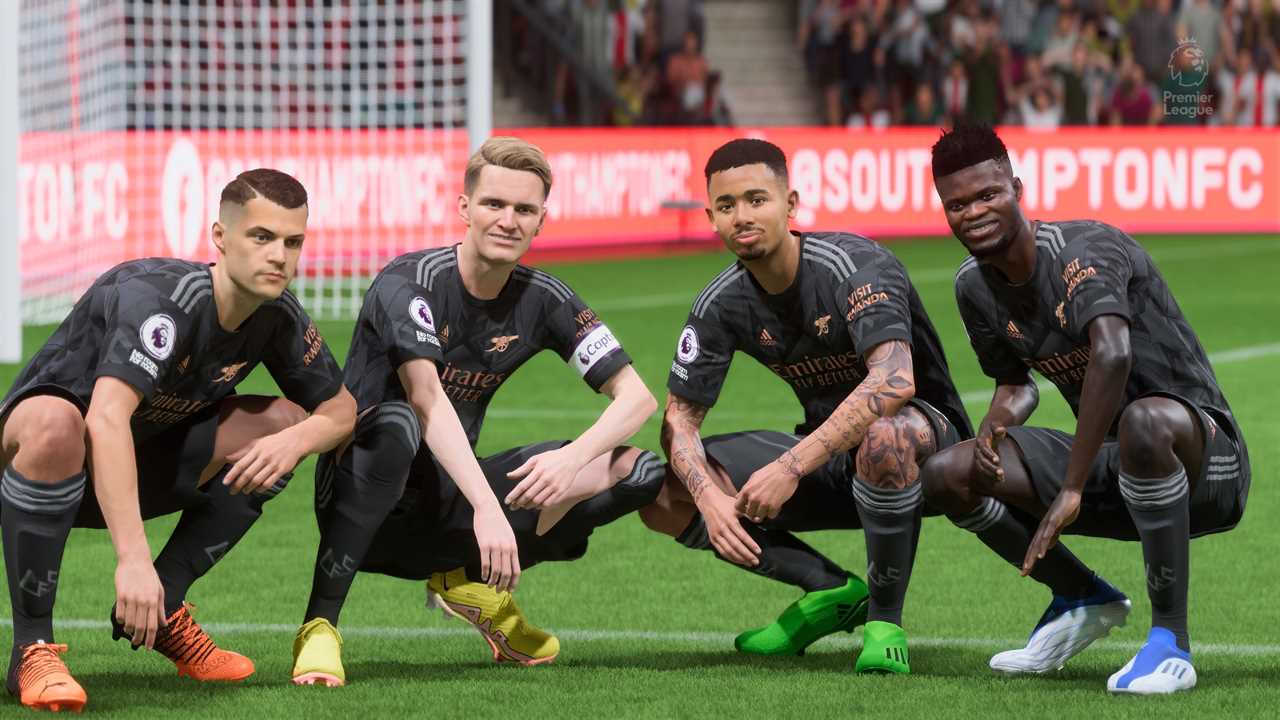 The bronze sets off Arsenal’s away kit.

Black is popular this season, but we couldn’t keep our eyes away from Arsenal’s sleek away kit.

With its subtle patterning and classy bronze highlights, it’s one of the best kits in the Premier League.

Designed by Adidas with a 3D AFC pattern, the retro cannon logo is just the icing on the cake. 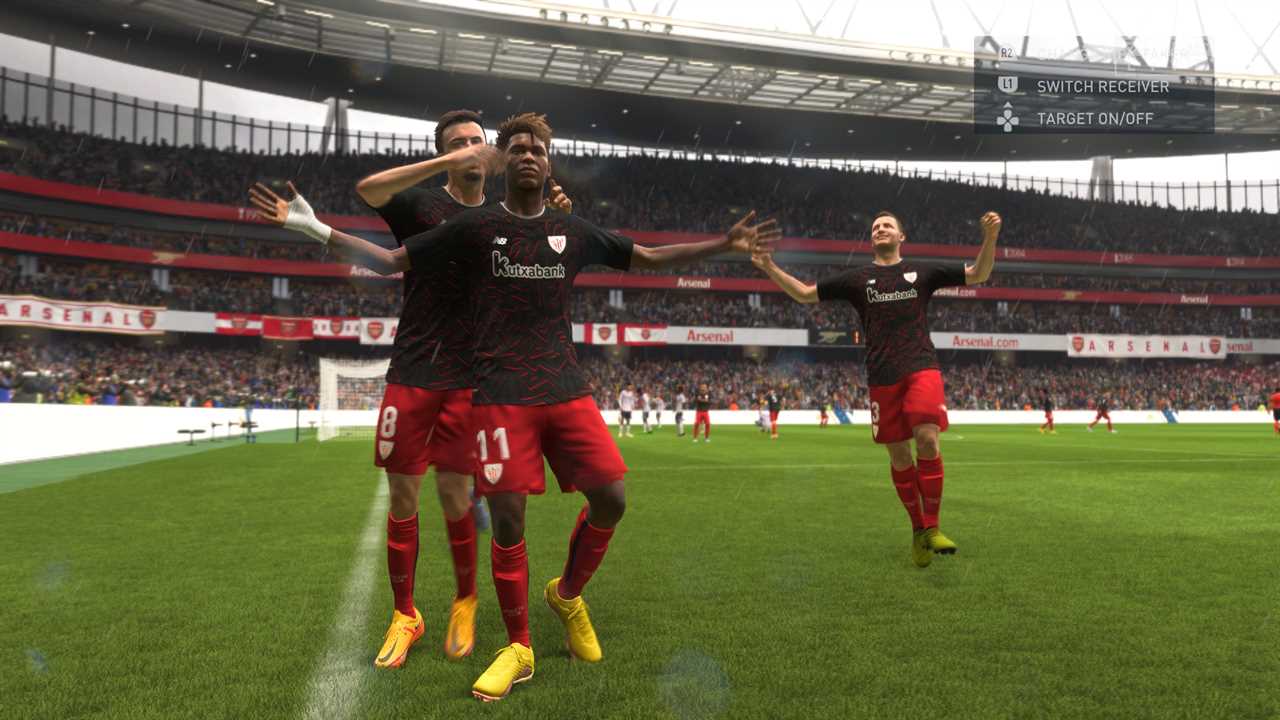 Black and red is always in style.

This away kit blends a graffiti-style lion print on the black and red strip, as a tribute to the proud fans of the region.

Finished off with contrasting red shorts and red socks, it’s one of the most striking kits this season.

France’s La Liga usually stuns with its kits, and in this especially strong season, Athletic Club has delivered. 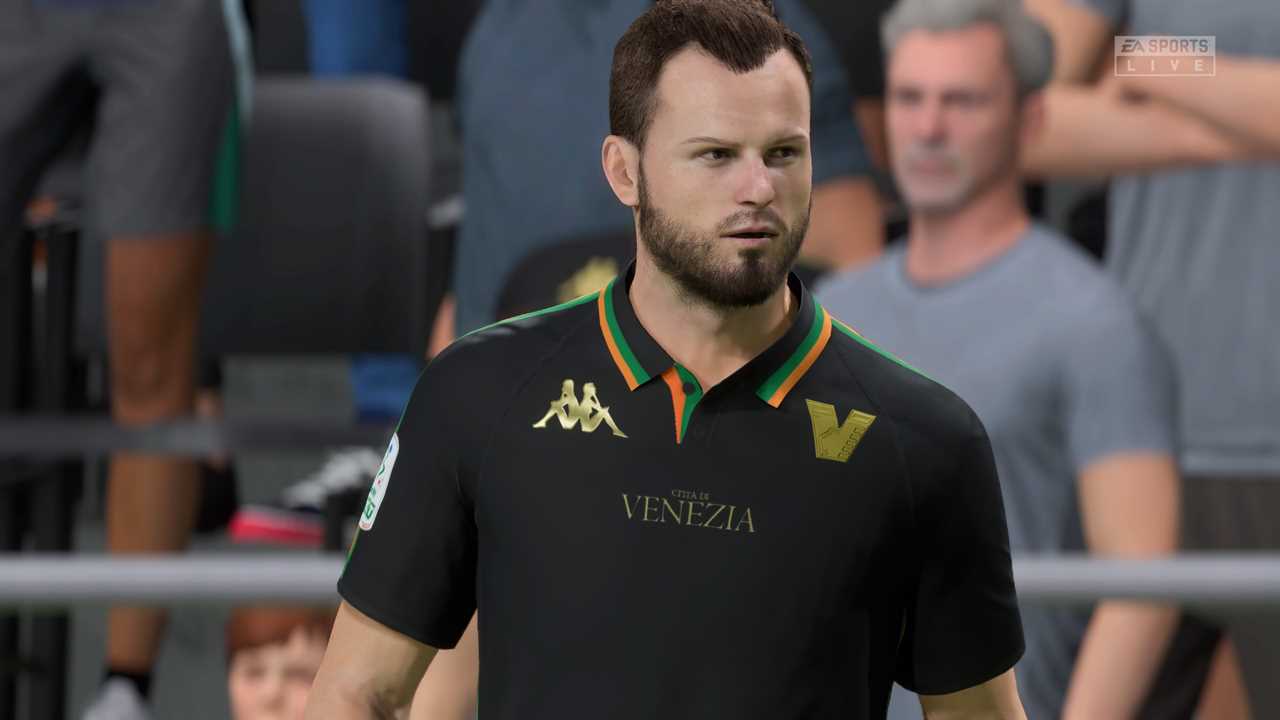 We love the collar on the Venezia design.

Venezia may be all the way down in Italy’s Serie B, but that hasn’t stopped the club from coming out with one of the season’s best kits.

This is another black kit, this time designed by Kappa, highlighted with the club’s colours.

Venezia’s kit was rare in FIFA 22, and sold for a high price on the transfer market, so let’s hope it’s a little easier this year. 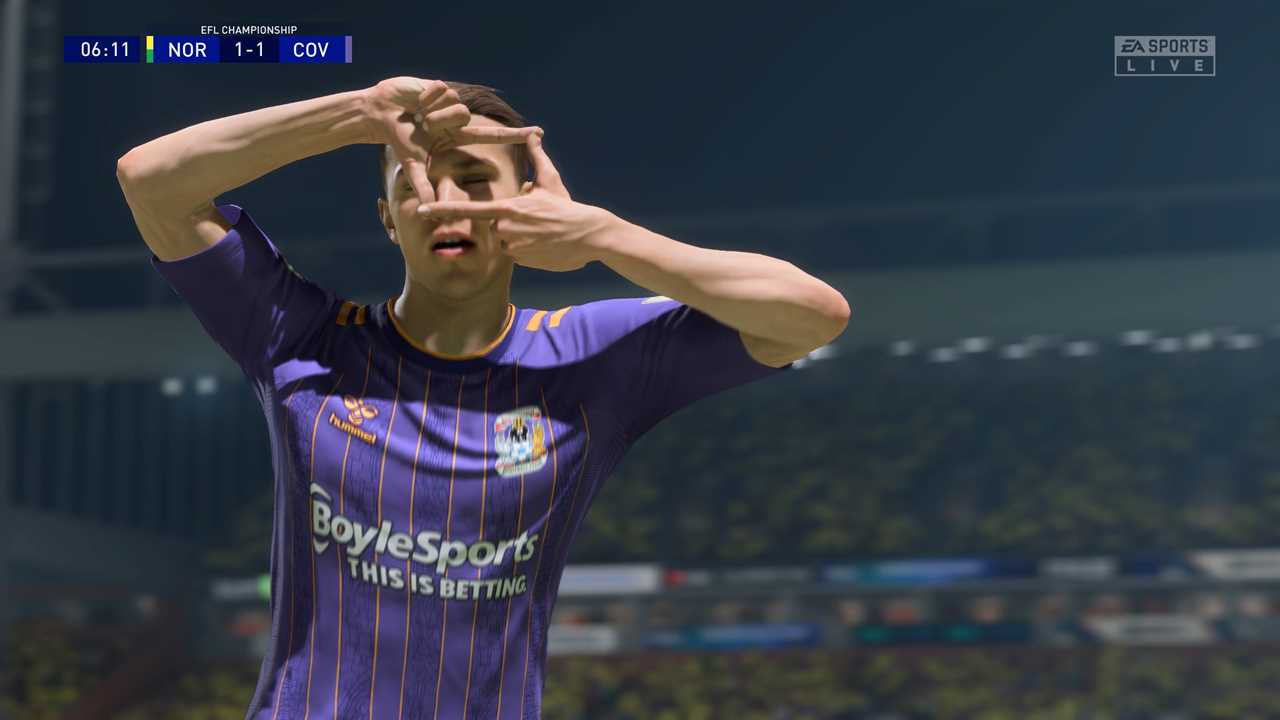 We love the purple of the Coventry kit.

From the EFL Championship, Coventry City’s away kit could be considered a hidden gem of the season.

This purple kit holds the essence of the ‘90s, back when Coventry was part of the Premier League.

Hummel designed a subtle pattern inspired by Coventry cathedral, which brings the kit back to its roots. 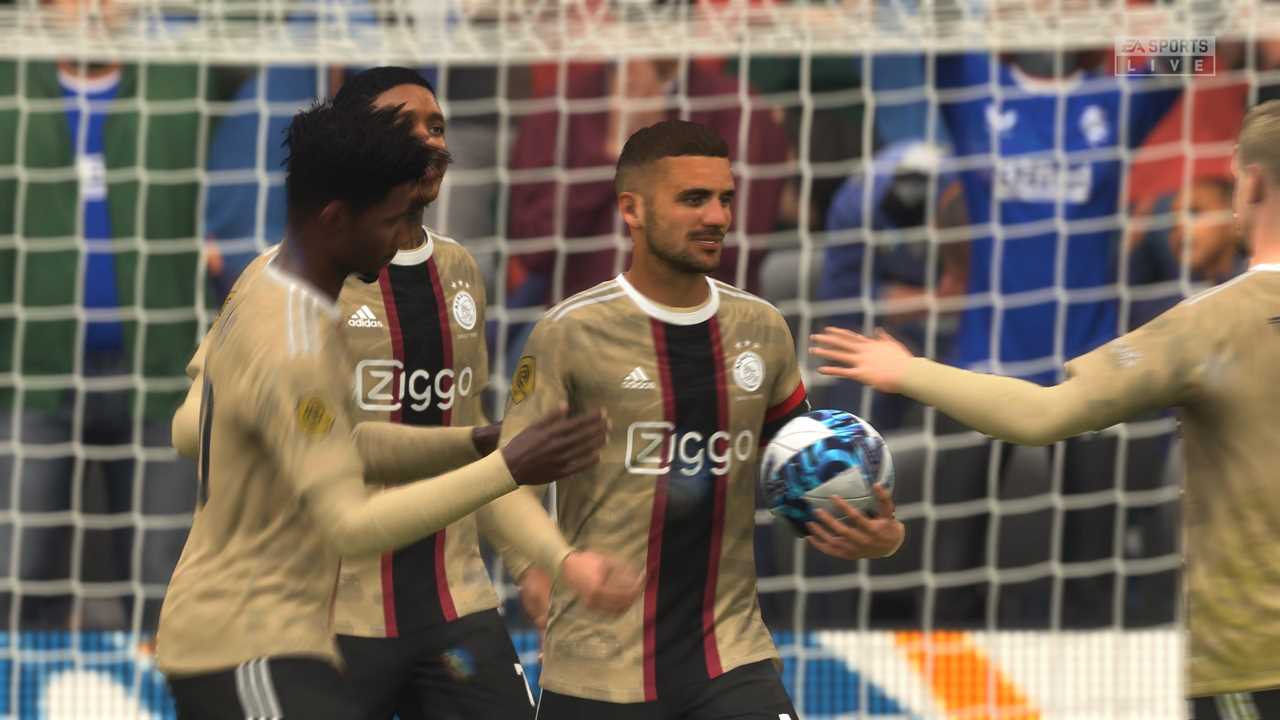 Ajax’s kit shows of the best of streetwear.

We expect this to be a popular kit this year with its sandy gold colouring.

It celebrates the city’s street soccer arenas with nine silhouettes embedded onto the kit. 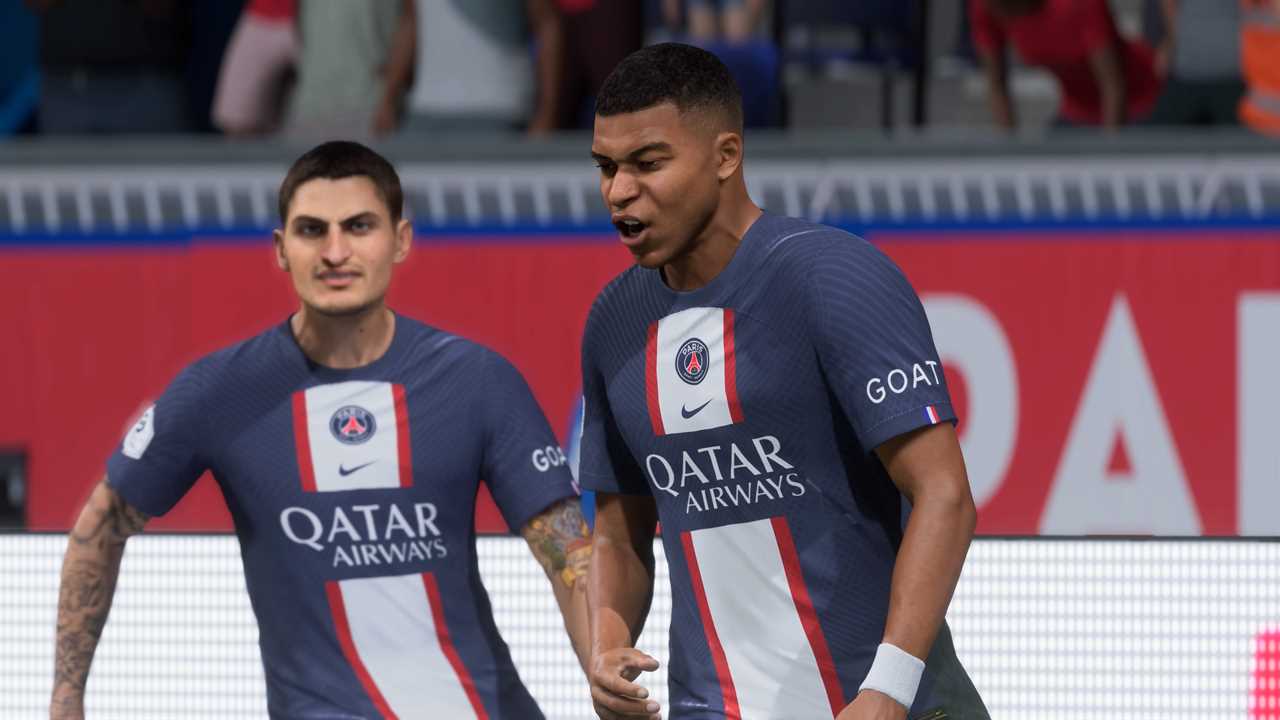 Mbappé wears this kit on the cover.

Sported on the cover by Paris Saint Germain’s star player Kylian Mbappé, this will be another popular kit this year.

PSG’s badge is central with a striking white stripe down the middle of the club’s navy.

Like last year, we expect to see a number of Mbappés and Messis out on the field, so make them feel at home. 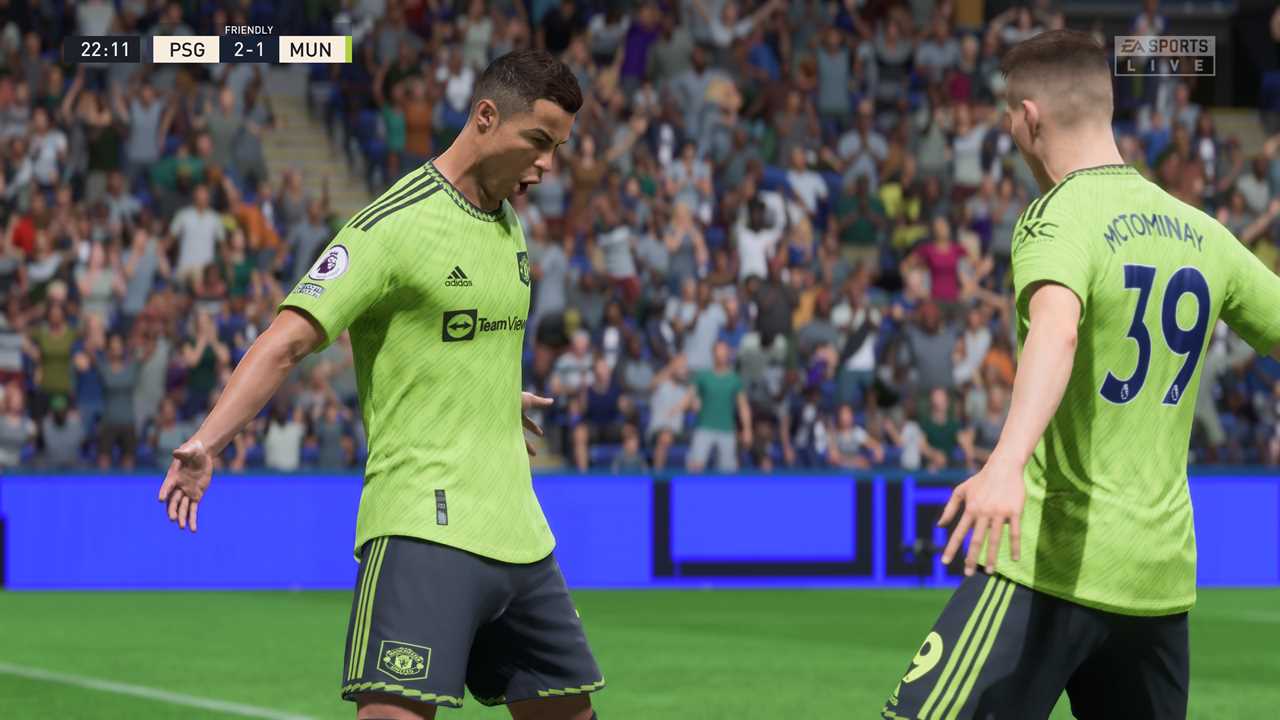 This is probably one of our most controversial choices with a colour Adidas calls “semi-solar slime”.

There are worries this neon green kit may blend into the pitch, but that’s the price you pay for this ‘90s style.

The Manchester Utd goalkeeper kit is a contrasting deep navy, making it one of the standouts of the season. 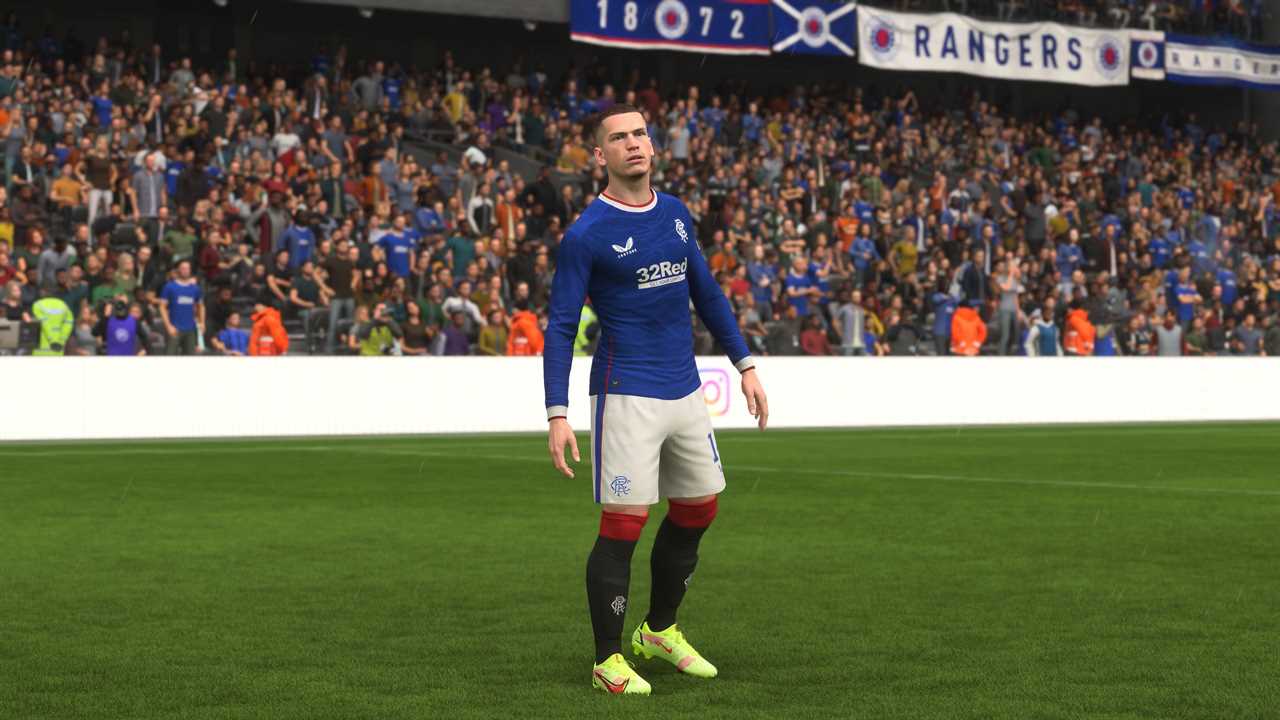 We love the contrast of this one.

This is our pick for the Scottish Premiership this season, as Castore has delivered a stunning kit to Rangers.

It has a striking checkerboard kit which has been seen less commonly this season.

Topped off with red and white collar and cuffs, this is a great look for FUT. 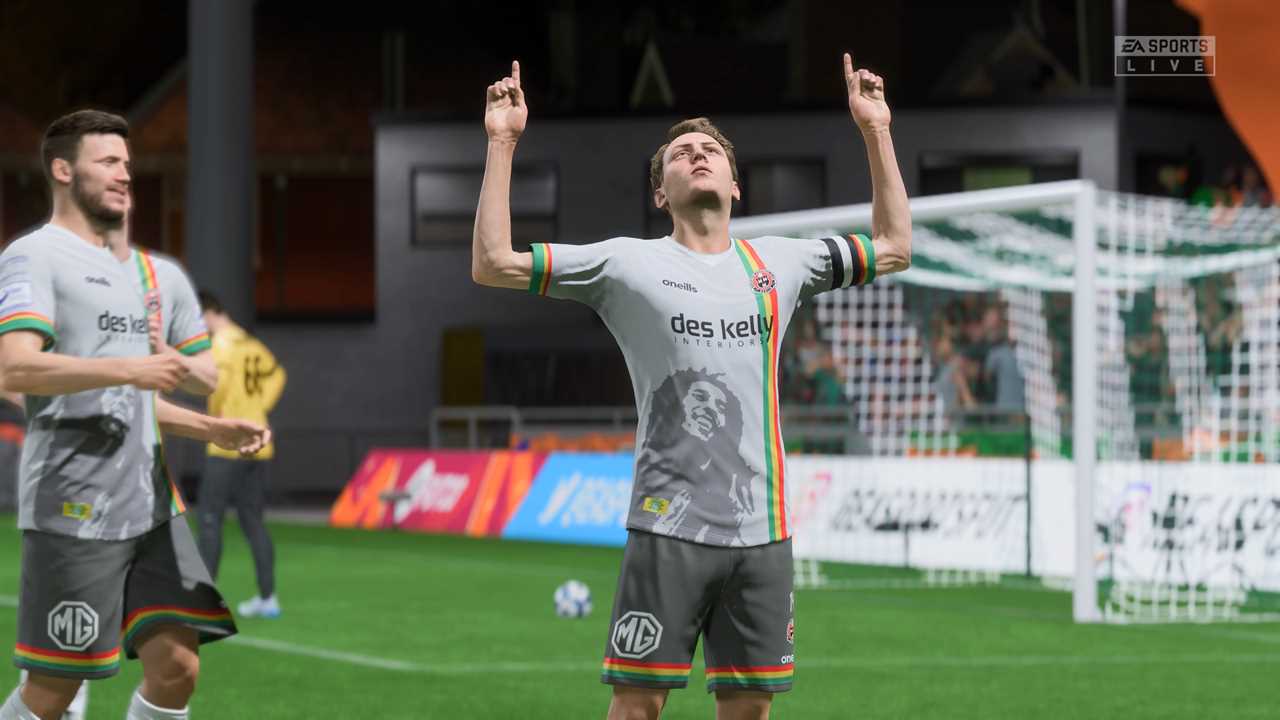 One of the stranger picks this season, this Bob Marley tribute kit is part of the Irish Premier Division.

This kit is not only popular in FUT, but the replicas are selling out in real life too. 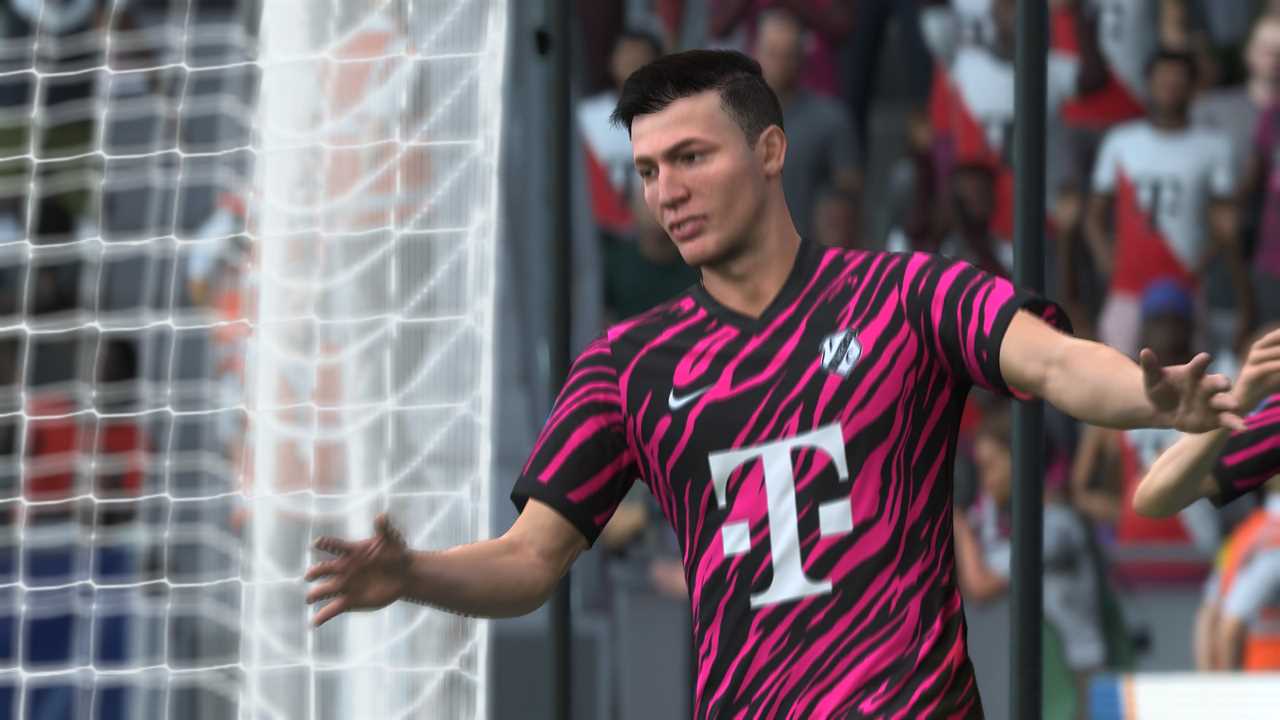 This striking pink is our choice for the season.

Our top pick for the season is Nike’s pink tiger-striped kit from Dutch side FC Utrecht.

While it has a huge sponsor logo on the front, it’s still one of the coolest kits of the season.

Pink is the colour of choice for many FUT players as they stand out on the field, and Utrecht’s is the perfect choice.

Written by Georgina Young and Alex Bugg on behalf of GLHF.