FORTNITE Chapter 3 rolled out a bunch of new skins, gameplay features, and emotes that are allowing for some pretty nifty tricks.Updates often lead..

FORTNITE Chapter 3 rolled out a bunch of new skins, gameplay features, and emotes that are allowing for some pretty nifty tricks.

Updates often lead to exploits being discovered by players until they’re patched out, but whether deliberate or accidental, there’s a ton of them in Fortnite Chapter 3. 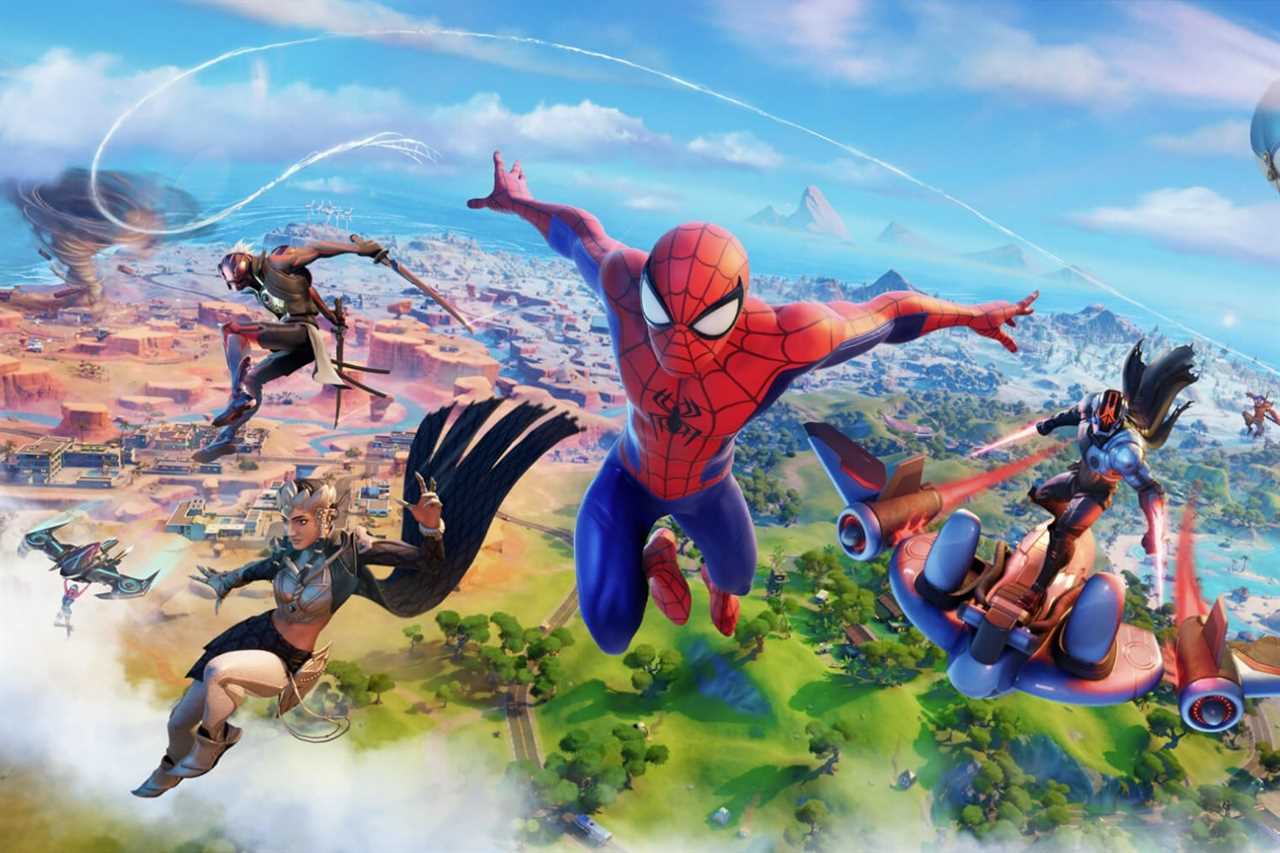 YouTuber Lachlan Power put together a myth-busting video for the new season, which includes a hack for getting access to the upcoming The Foundation skin.

A number of these titbits have been popping up on social media as players discover secrets and tricks in Fortnite Chapter 3.

We’ve picked out the most interesting of the bunch for you below, but be sure to give Lachlan’s video a watch if you want to see even more myths busted (and proven).

How to unlock The Foundation skin early in Fortnite

The Foundation skin isn’t due to make its Fortnite debut until February 3, 2022. But there’s a way to unlock it early — if only for a brief period of time.

You’ll need to have the Mystique skin as well as her Shapeshifter emote.

The emote allows Mystique to transform into the opponent she’s just eliminated.

All you have to do kill The Foundation boss in Fortnite to (temporarily) take on his appearance.

How to easily defeat The Foundation boss in Fortnite

Speaking of defeating The Foundation, there’s currently an exploit in-game that makes this task super easy.

This trick is cheesy as heck — but no more so than the harpoon gun method that seems to be working for everyone.

The Foundation will engage in an unrelenting assault against you as soon as you initiate an attack.

The harpoon gun method involves building a structure along his patrol route, shooting him when he goes past, and allowing the fall damage to do the majority of the work. Rinse and repeat.

But The Foundation appears to have a blind spot when it comes to foliage; as Lachlan demonstrates, you can shoot him at point-blank range from a bush and he won’t retaliate.

There’s a John Cena joke to made somewhere in there, but for all intents and purposes, he can’t see you.

How to heal when knocked in Fortnite

Waiting around for someone to pick you up when downed in Fortnite — or any game for that matter — is pretty dull.

But rather than lying around like a useless lump, watching your life forced ebb away, you can be proactive about the situation instead.

Well, as long as you’re in the vicinity of one of the 12 Mending Machines on the map.

Just crawl over to the closest one and part with 200 gold bars to keep yourself alive until your squad has finds the time to pick you up.

As an added bonus, you can also use ziplines when knocked!

How to heal two people with one Med-Mist

Another exploit that may or may not get patched out is the two-for-one Med-Mist glitch.

Have the two players you want to heal stand next to each other and start spraying.

Both will be healed with one dose, so make the most of that with your squad before it’s gone.

A handful of The Matrix emotes landed in Fortnite as part of the collaboration before the film launched.

But a couple of them offer players advantages above and beyond the aesthetic fun.

This emote effectively lets players disappear which is perfect for an ambush.

Just build a ramp and place a floor directly above it. This will obviously make the ramp useless.

But if you crouch into the tight space between the ramp and the floor above, and use the emote, you’ll disappear into the floor and no one will be able to see you.

Just like Neo in The Matrix, you too can use bullet time to dodge bullets.

Whip it out when someone points a gun at you and watch that ammo breeze past as your hit box warps the very fabric of reality around you.

Kicking off on December 16, the event runs for 14 days with a new quest revealed each day by Sgt. Winter.

One of the challenges calls for players to ‘Give an opponent icy feet with a Chiller Grenade’.

But you don’t have to wait for Sgt. Winter to announce it — just lob the grenade at an opponent whenever the fancy takes you and it’ll count.

This will let you unlock the Frosty Llama Back Bling early.

Got a PS5 for Christmas? Here’s how to unlock these 20 best-selling games for free.

PS5 and Xbox stock shortages to last ANOTHER year in blow to fans, claims Intel CEO.