FIFA 23 Team of the Year: All winners, FUT Icons, and 12th man nominees

FIFA 23 has announced its Team of the Year (TOTY) and the vote for the 12th Man will soon open.All the players chosen for TOTY will receive new FIFA..

FIFA 23 has announced its Team of the Year (TOTY) and the vote for the 12th Man will soon open. 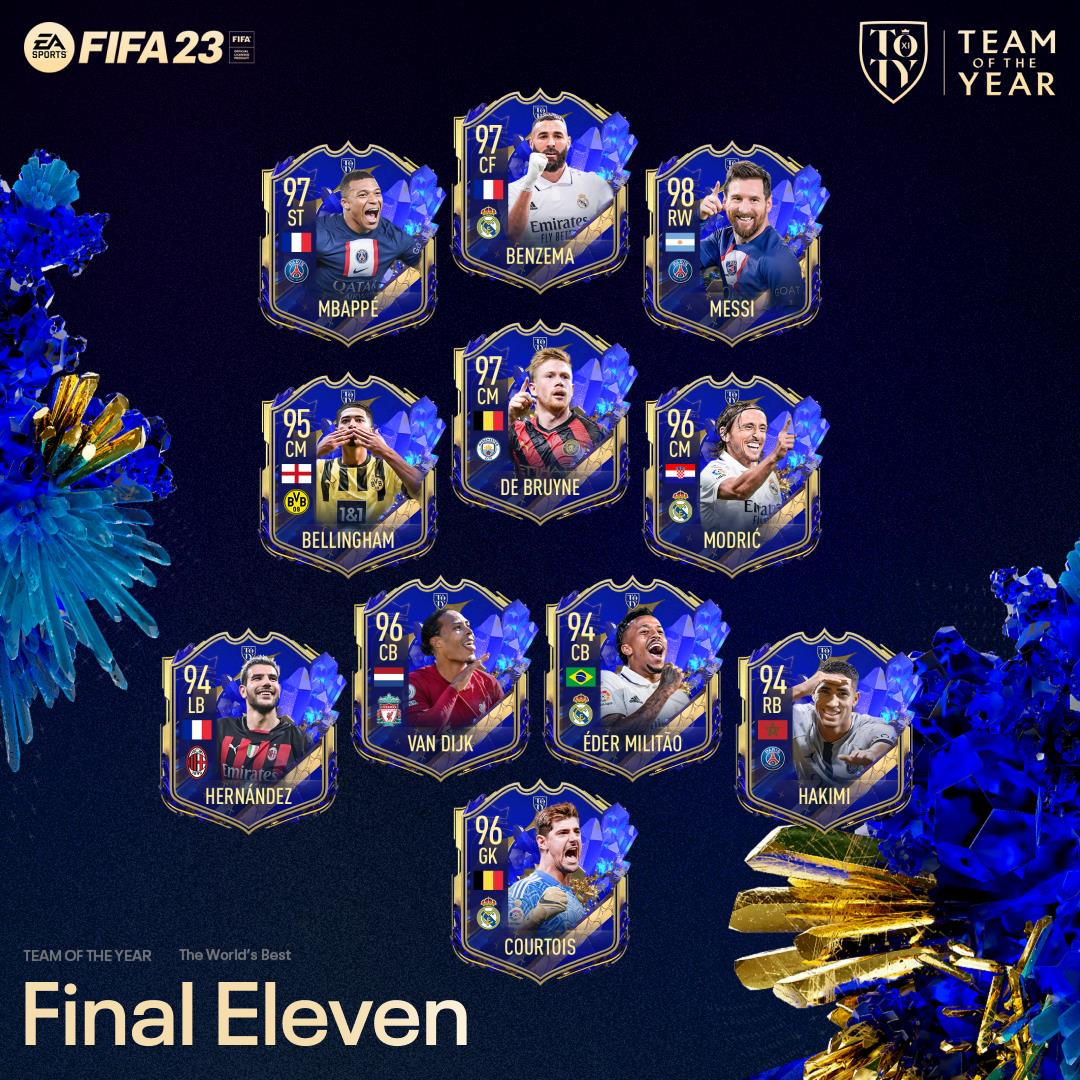 The lowest rating of any TOTY player is an outstanding 94, and the highest is 98.

Here are all the FIFA 23 TOTY winners to look out for in upcoming FUT packs.

Below is the full list of TOTY winners as voted for by FIFA 23 players.

They are split into categories by position, and each of the cards will be released on different days.

We have the full schedule for those who want to know when their favourites are available.

From January 23, players will be able to vote for their runner-up to TOTY, the infamous 12th Man.

They will also have a special boosted card released at a later date.

Here are the nominees:

EA Sports also announced a new round of FUT Icons that will be available from January 20, to celebrate the TOTY.

They are as follows: