A Bitcoin (BTC) on-chain indicator, which tracks the amount of coin supply held by long-term holders (LTH) in losses, is signaling that a market.. 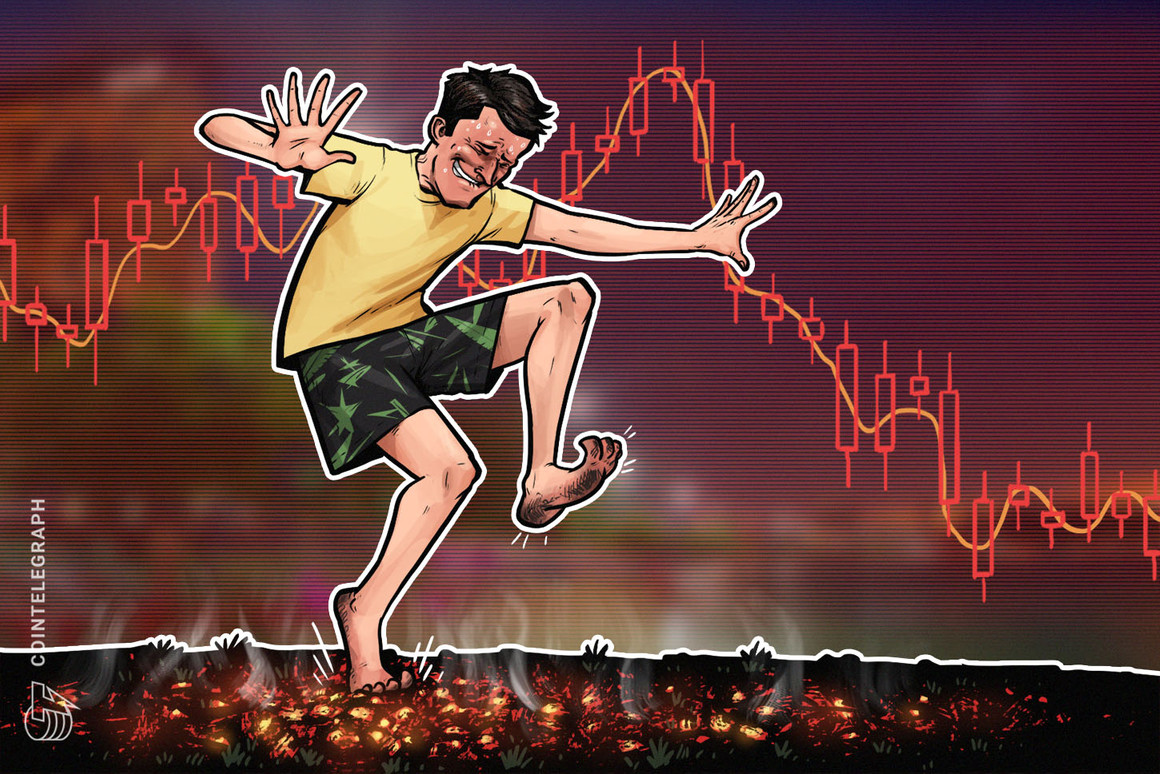 A Bitcoin (BTC) on-chain indicator, which tracks the amount of coin supply held by long-term holders (LTH) in losses, is signaling that a market bottom could be close.

For instance, in March 2020, Bitcoin price declined below $4,000 amid the COVID-19-led market crash, which happened when the amount of BTC supply held by LTH in loss climbed toward 35%, as shown below. 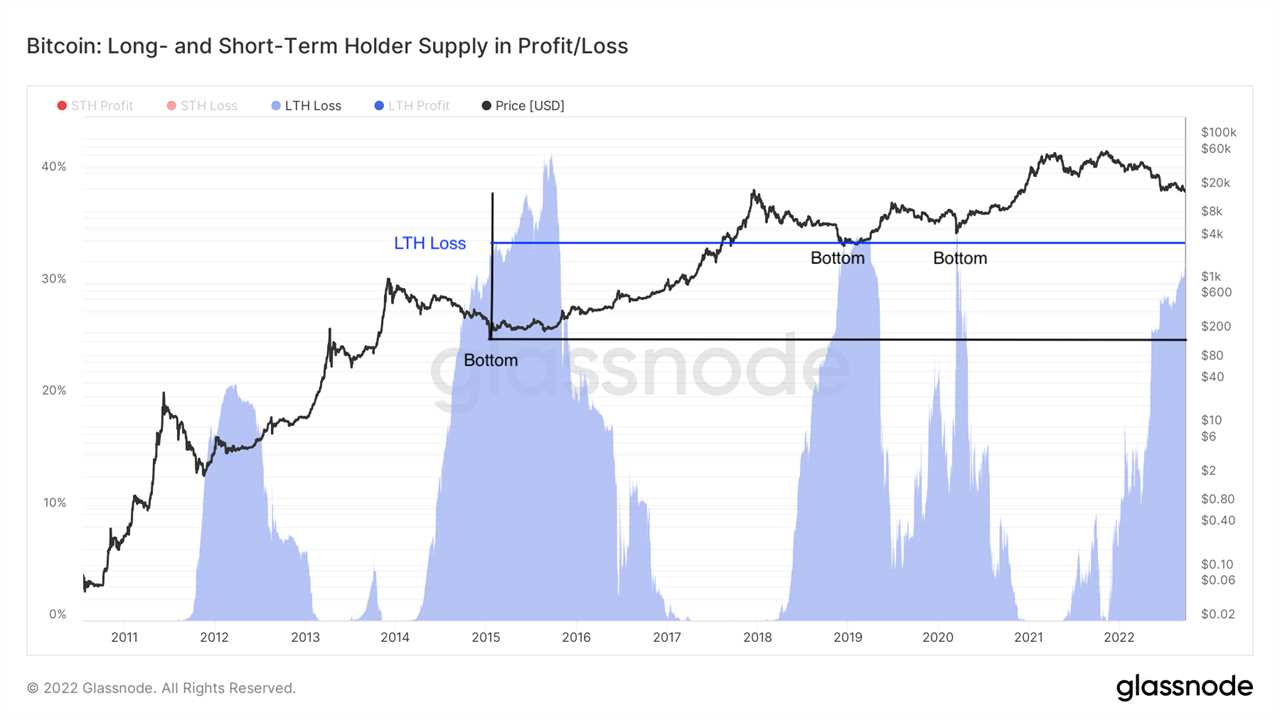 Similarly, Bitcoin's December 2018 bottom of around $3,200 concurred alongside the LTH loss metric rising above 32%. In both cases, BTC/USD followed up by entering a long bullish cycle.

Coupled with the LTH supply metric, which tracks the BTC supply held by long-term holders, it appears that these investors accumulate and hold during market downturns and distribute during BTC price uptrends, as illustrated below. 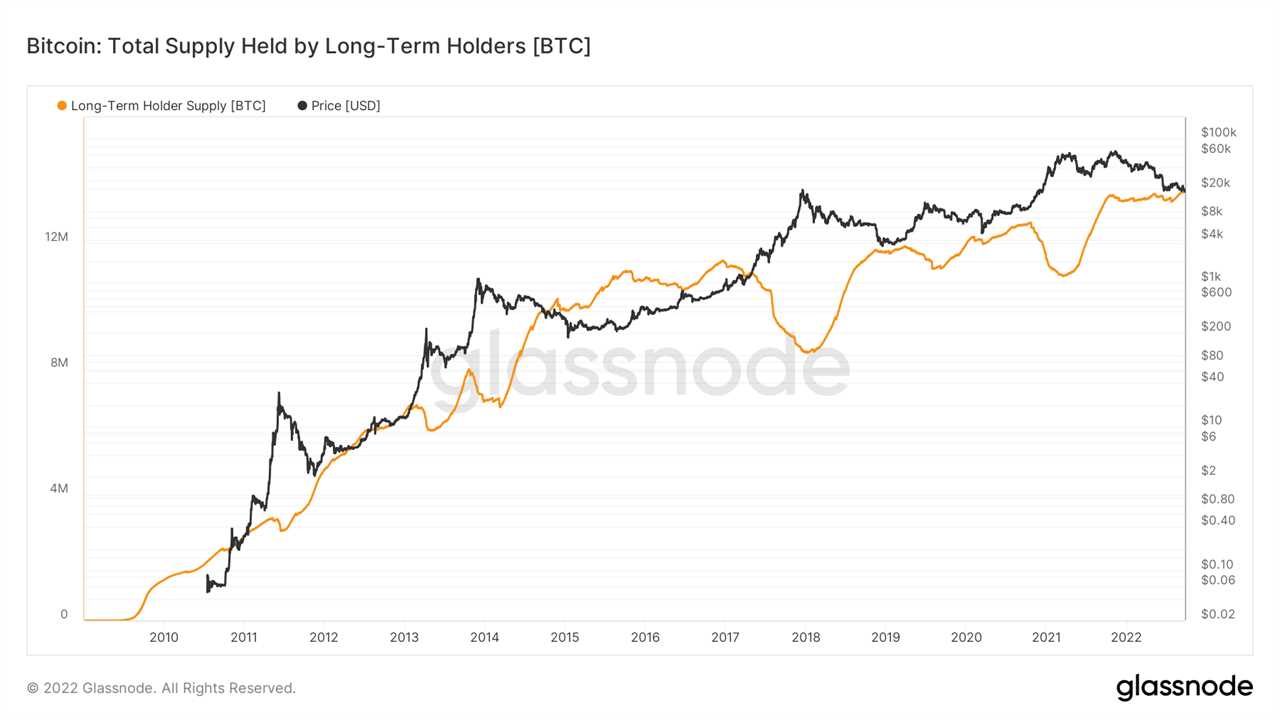 Therefore, the next bull market may begin when total supply held by LTHs begins to decline.

Meanwhile, the number of accumulation addresses has been increasing consistently during the current bear market, data shows. The metric tracks addresses that have "at least two incoming non-dust transfers and have never spent funds." 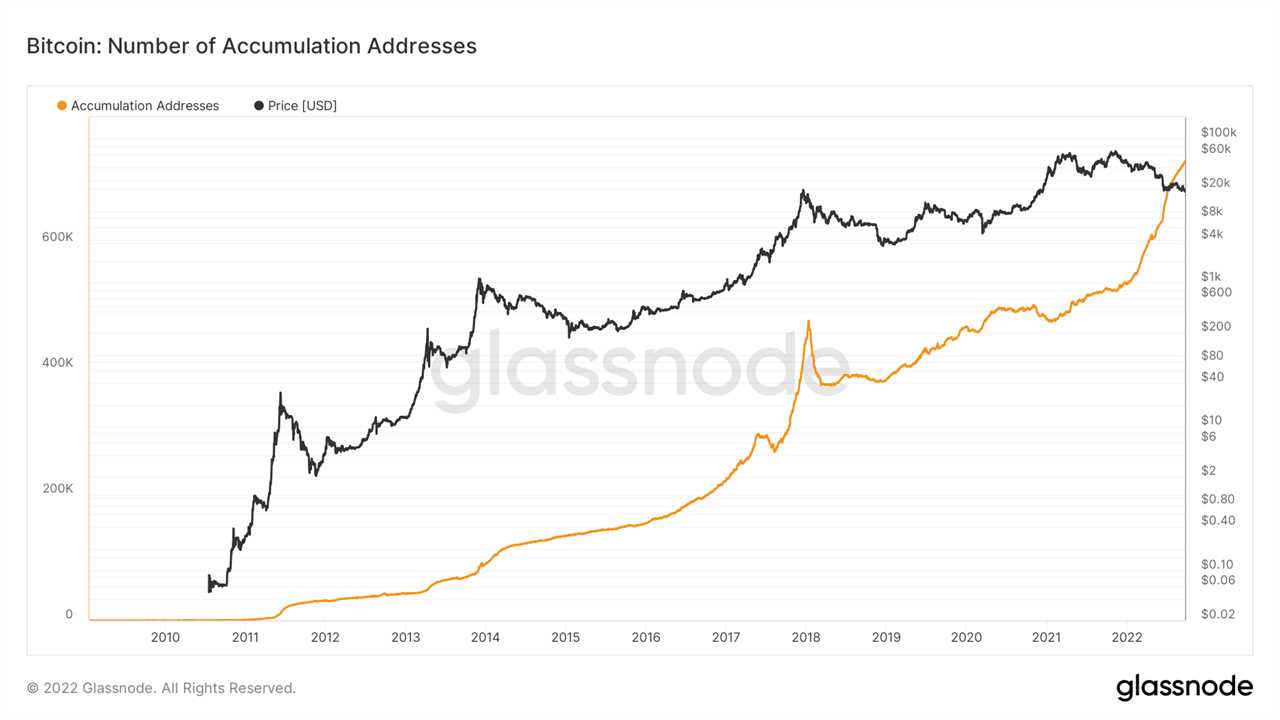 Interestingly, this is different from the previous bear cycles that saw the number of accumulation addresses drop or remain flat, as shown in the chart above, suggesting that "hodlers" are unfazed by current price levels.

In addition, the number of addresses with a non-zero balance stands around 42.7 million versus 39.6 million at the beginning of this year, showing consistent user growth in a bear market. 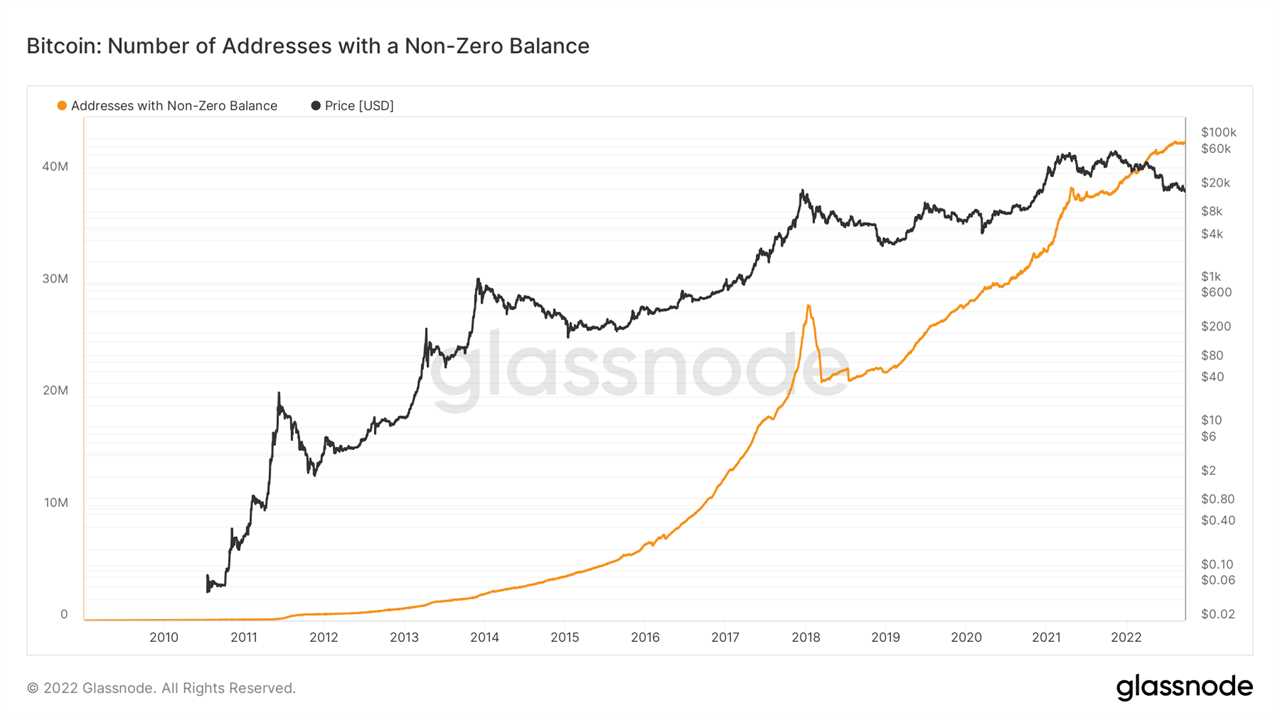 Bitcoin number of addresses with a non-zero balance. Source: TradingView

Bitcoin is nevertheless struggling to reclaim $20,000 as support in a higher interest rate environment. Its correlation with U.S. equities also hints at more downside in 2022.

Related: Bitcoin analysts give 3 reasons why BTC price below $20K may be a 'bear trap'

From technical perspective, Bitcoin could drop further toward $14,000 in 2022 if its cup-and-handle breakdown pans out, as shown below.

Such a move should push the aforementioned "LTH in loss" metric toward the 32%-35% capitulation region, which could ultimately coincide with the bottom in the current bear market.