For most casual digital asset investors, the Ethereum 2.0 upgrade promises to be a game-changing event that will improve efficiency, reduce network.. 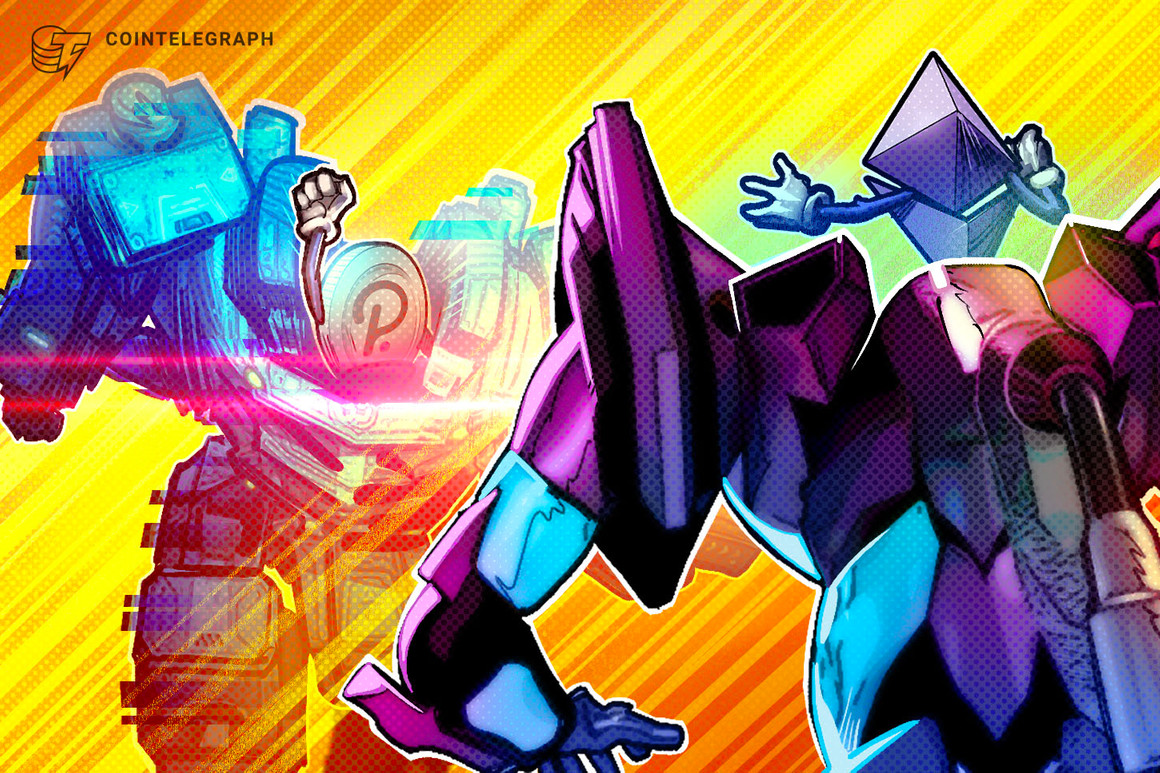 For most casual digital asset investors, the Ethereum 2.0 upgrade promises to be a game-changing event that will improve efficiency, reduce network costs and propel the entire blockchain and crypto space closer to a Web3 reality.

Ethereum has been struggling with a lack of scalability and skyrocketing gas fees, and since it serves as the largest smart contract and DApp development platform, the move to a more reliable and scalable proof-of-stake (PoS) blockchain will be a welcome reprieve.

Unbeknownst to most casual investors, however, Polkadot's Substrate platform has been making massive inroads in the development of a parallel decentralized internet infrastructure that many believe will eventually eclipse Ethereum's.

Related: The Polkadot architecture and introduction to the Substrate infrastructure

Ever since the release of the Polkadot white paper, its value as a bridge between Ethereum's ecosystem and the many possibilities that make up a Web3 internet experience has been at the forefront of Polkadot's main selling points.

So, how exactly does Polkadot compare to Ethereum? What's Ethereum's current progress towards a decentralized internet, and have Polkadot's parachains become a viable threat to the dominant smart contract network? Here is a quick look at the technical details that differentiate Polkadot's ecosystem from Ethereum's upcoming upgrade.

Two routes to the decentralized internet

To understand the value that Polkadot brings to the table, we must first compare Polkadot's Substrate and how it is different from what Ethereum is currently offering. 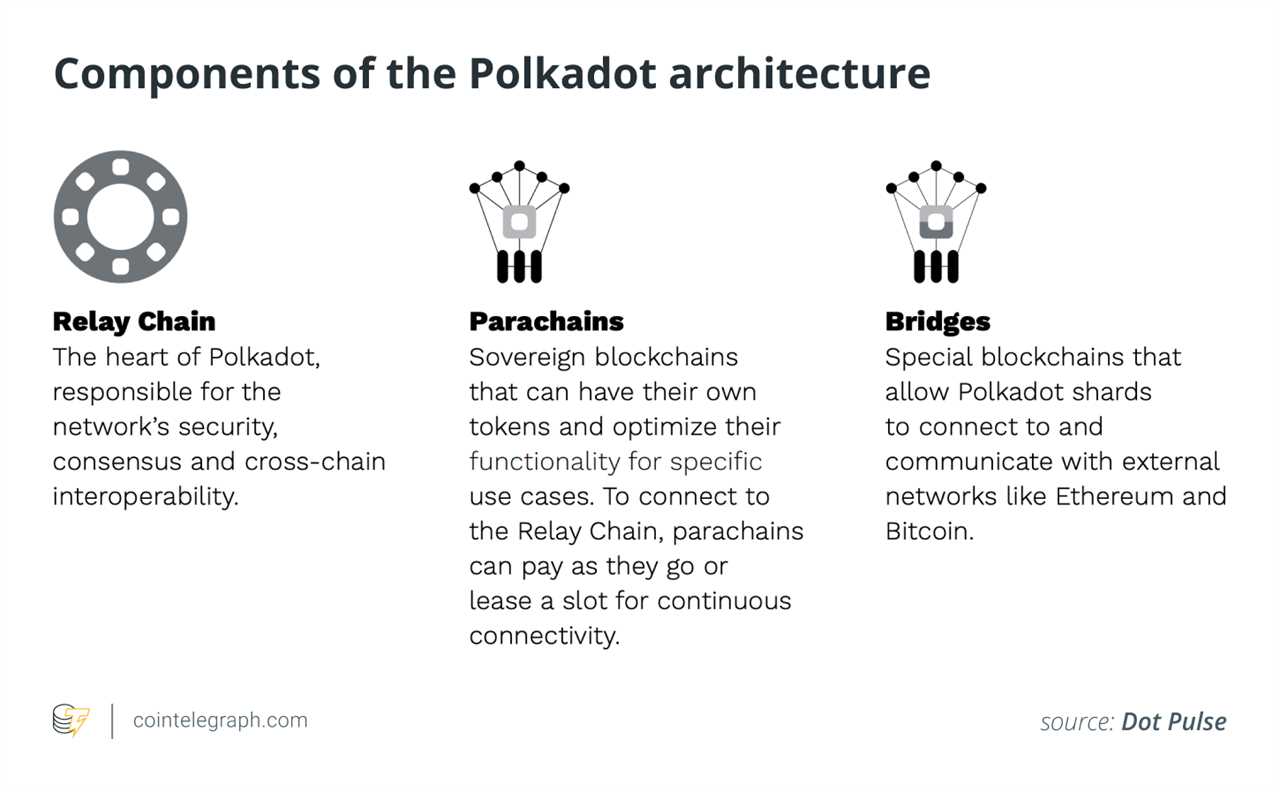 There is no denying that, at one point, Ethereum was considered a revolutionary technology and a sought-after platform for DApp development. Over the years, however, scalability has become Ethereum's Achilles heel. With an estimated 1 million transactions per day, the Ethereum blockchain is only capable of processing 15 transactions per second (TPS), leading to volatile gas fees. Although this number is set to increase with the upgrade to Ethereum 2.0, it will still fall way short of traditional centralized infrastructures such as Visa, which can theoretically process well over 1,700 TPS.

Adding to its slow and congested network, Ethereum's outdated consensus algorithms consume up to 112.15 TWh per year, which is comparable to the power consumption of Portugal or the Netherlands. Simply put, Ethereum heavily relies on a proof-of-work (PoW) algorithm that requires computationally intensive mining to add new blocks to the chain and confirm transactions.

Ethereum 2.0 plans to address these concerns by moving from a PoW algorithm to a more efficient PoS algorithm, which will eventually allow Ethereum to go carbon-neutral and achieve more speed. 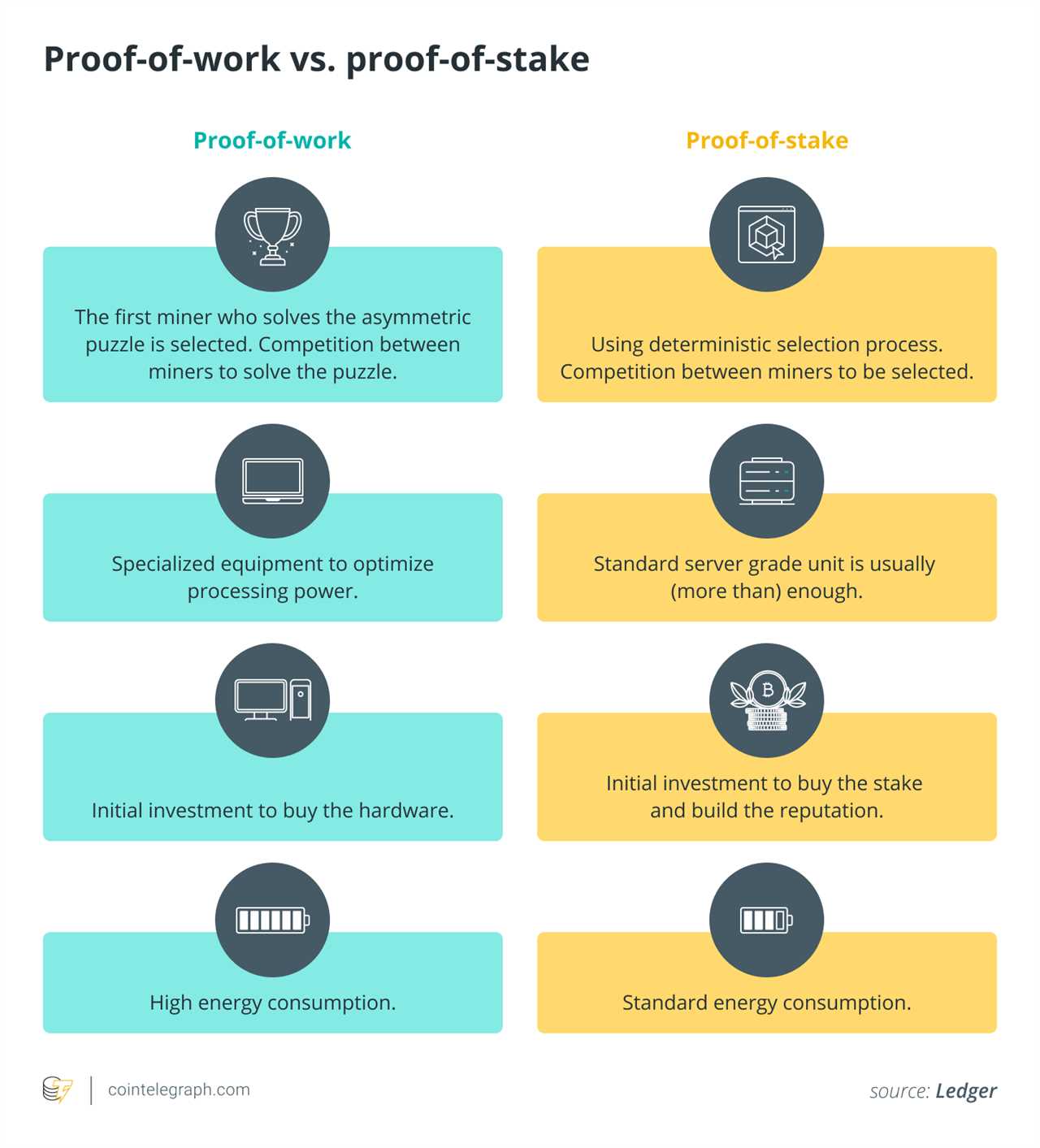 Ethereum 2.0 will also make use of sharding as a scalability solution that will see the network broken into smaller pieces that can process transactions in parallel. In theory, this will allow Ethereum to process an infinite number of transactions per second, but in practice, it will be limited by the number of shards created.

Ultimately, the goal of these organizations and projects is to fast-track the Web3 vision.

Their victories and defeats

As a core blockchain infrastructure company, Parity Technologies provides several tools and software that allow developers to launch their blockchains quickly and easily. The Parity Substrate is a toolkit for building custom blockchains from the ground up, and it powers some of the most popular blockchains in the world, such as Polkadot, Kraken, and Chainlink.

Parity Ethereum, on the other hand, is the software that runs Ethereum 2.0 clients such as Geth and Prysm. Parity's main contribution to Polkadot is the Substrate framework, which is used to build custom blockchains or parachains on top of the Polkadot Relay Chain.

Compared to Ethereum's existing system as well as its upcoming sharding framework, Substrate is very modular and allows for custom blockchains to be built. Developers can pick and choose the features they want for their parachains down to the degree of technical difficulty they can handle.

Here are some examples of how the functions of blockchains built with Substrate can differ: 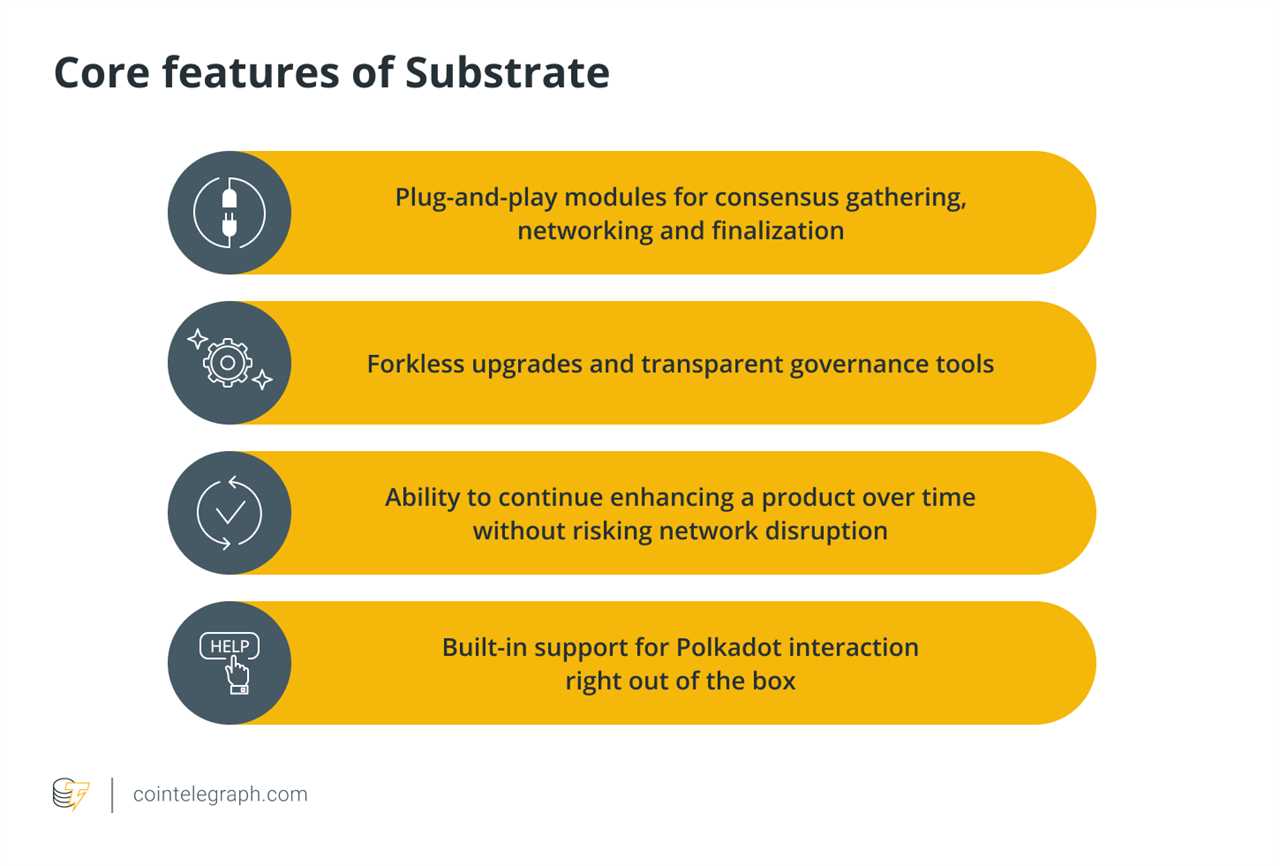 As a result, Substrate allows users to assemble a few palettes and launch their chains in less than an hour, which is far easier than starting from scratch. In the future, they may be far superior to Ethereum at completing specific tasks. Furthermore, they can still communicate easily using XCMP, a cross-consensus message format developed for Polkadot that allows interaction between networks that share the same relay chain. 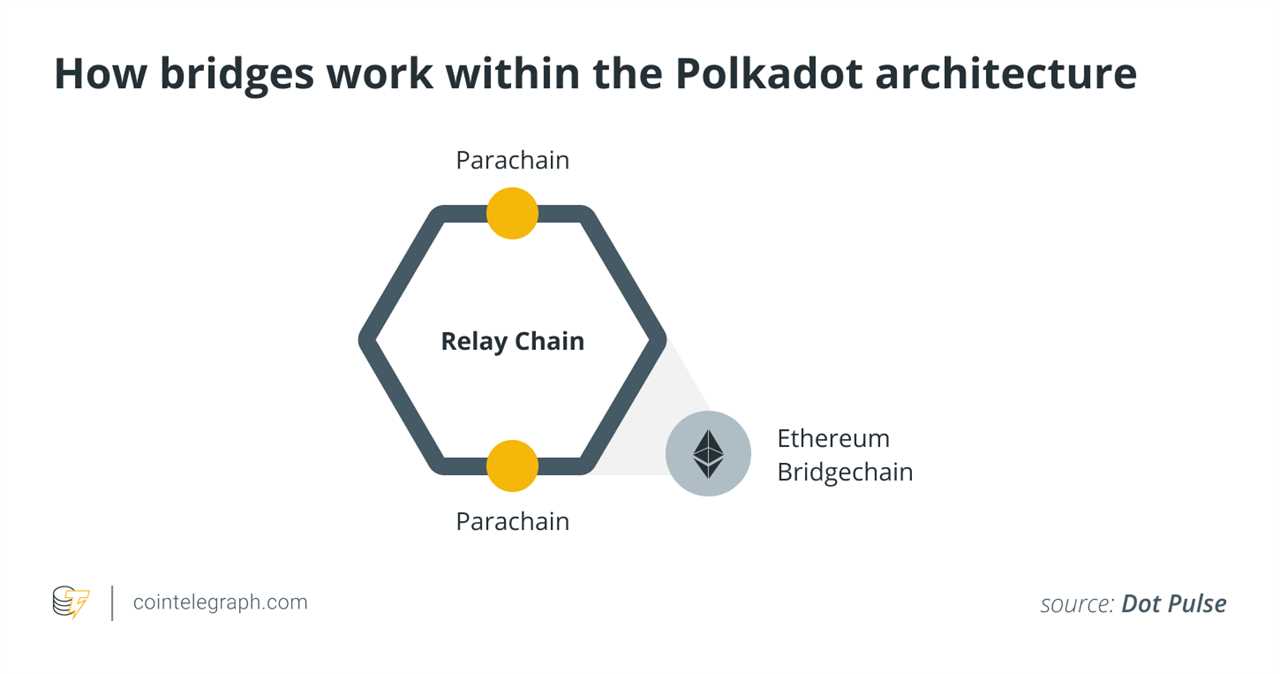 In terms of validators, Polkadot uses a Nash equilibrium staking game that incentivizes validators to behave in a way that is best for the network as a whole. This is different from Ethereum's current emphasis on rewarding miners for their efforts, which often leads to centralization and high barriers to entry.

The Polkadot Relay Chain is also designed to be much more scalable than Ethereum's, with the ability to process around 1,000 transactions per second as compared to Ethereum's measly 15.

Perhaps the only chink in Polkadot's armor is the fact that Parity Technologies did have a major security breach in its multi-sig wallet software back in 2017, when more than $30 million worth of ETH was stolen from several multi-sig wallets.

Not confrontation, but complementarity

When it's all said and done, Polkadot is a complementary platform to Ethereum, as both blockchain ecosystems strive towards the same goal of delivering a fully decentralized World Wide Web.

While Polkadot boasts a ton of features and improved capacity, it is still in its nascent stages, with only a handful of applications (Moonbeam and Moonriver) running on its network. At the same time, Ethereum continues to be a jack of all trades, with hundreds of thousands of developers and projects, which gives it a significant advantage in terms of adoption.

Both Polkadot and Ethereum serve different purposes and can co-exist and complement each other in the decentralized future.

A glimpse into the future

Polkadot and Ethereum have their own strengths and weaknesses. Going forward, they may even co-exist to deliver a fully decentralized Web3. Developers might use Substrate to create decentralized social media platforms or video-sharing apps that integrate Ethereum's ERC-20 token economy. With more developers coming on board to help accelerate the move to a Web3 internet, there is no telling what the future holds for both Polkadot and Ethereum.