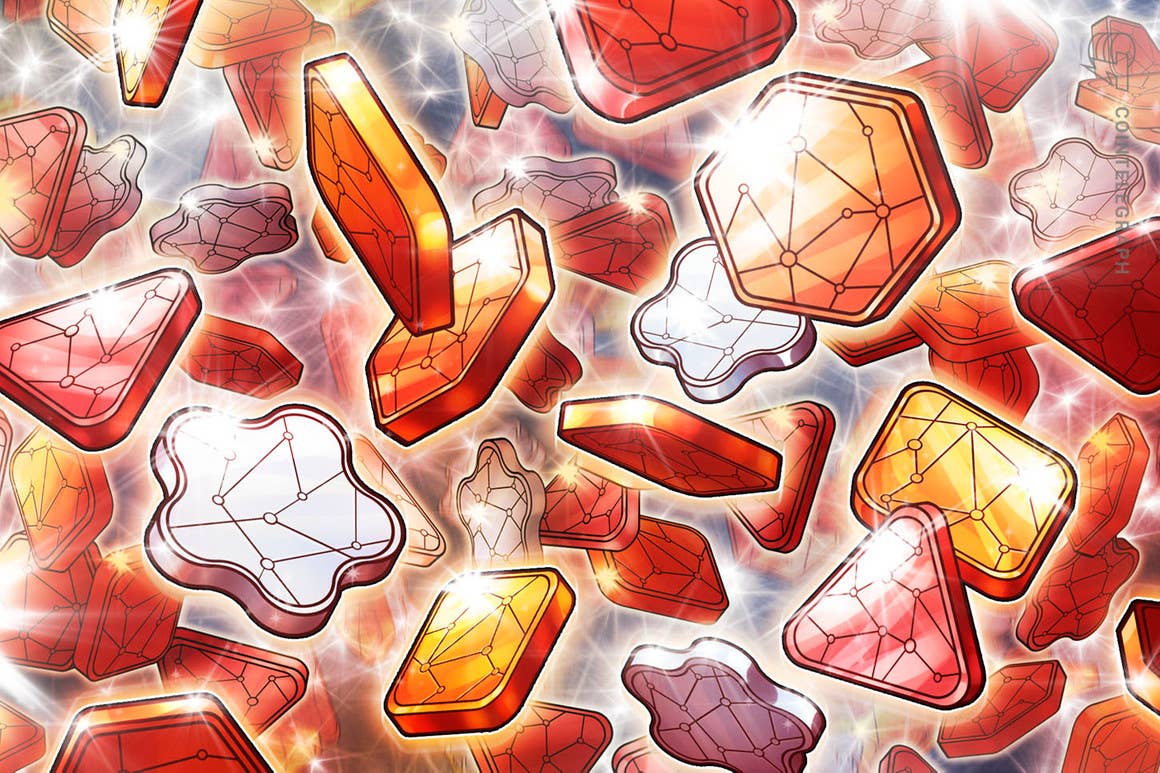 The minimum cost to buy a CryptoPunks nonfungible token (NFT) from secondary marketplaces dropped below 80 Ether (ETH) on Sept. 14.

The floor price of CryptoPunks fell below 80 ETH. pic.twitter.com/aD3Cwbl0IK 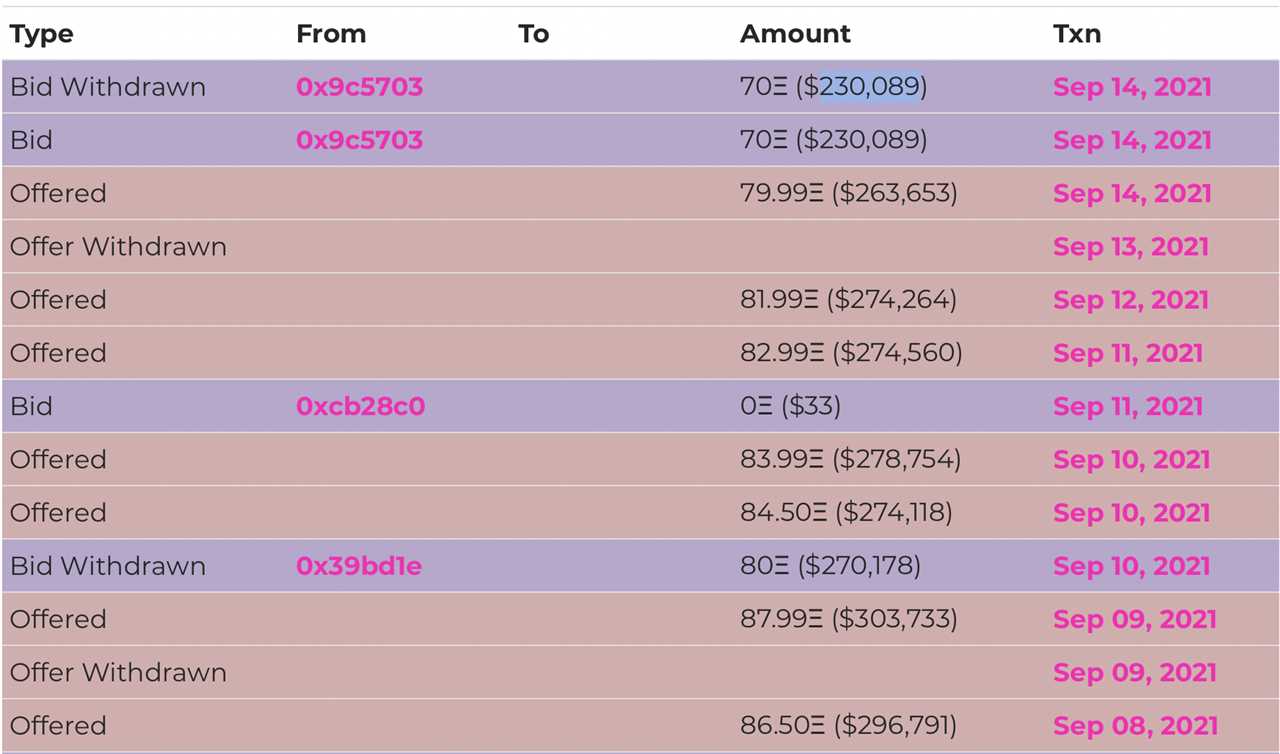 But the bidder later withdrew their offer, raising possibilities that the #1417's owner might drop their floor price further.

The price trajectory of one of the CryptoPunks' 10,000 NFT artworks came as a part of a recent decline in floor rates across the digital collectibles space. At one point this week, the average price floor for all NFTs had dropped to 0.37 ETH from the top of 1.02 ETH, as per Ethereum ecosystem tracker Dune Analytics.

Nonetheless, on Sept. 14, the average price shot up to a new record high of 1.10 ETH. It is worth noting that price floors could rise due to new NFT projects debuting with higher ask rates. But for top players in the space, such as CryptoPunks, the price floor remained lower. 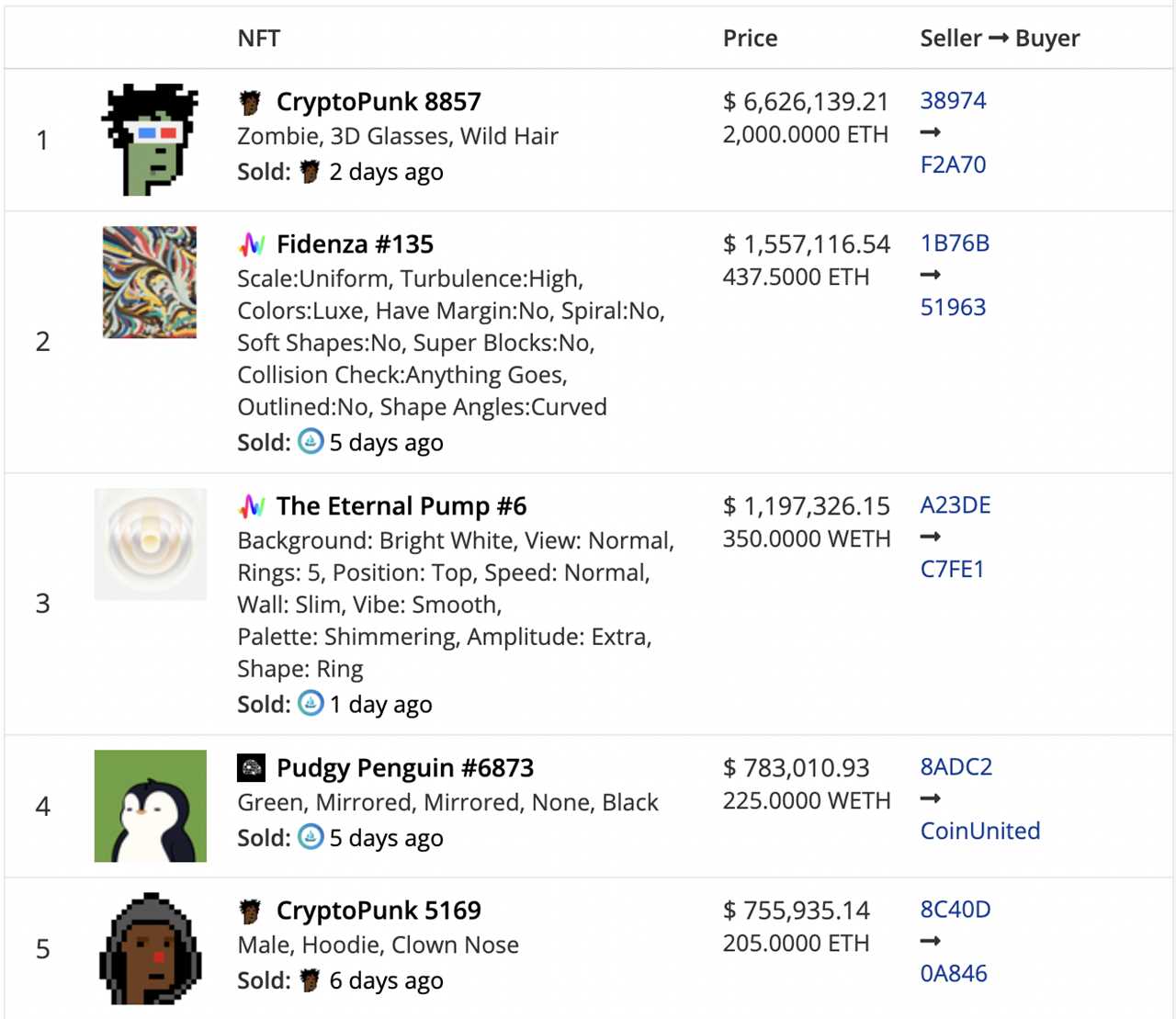 At the same time, the high-priced CryptoPunk purchases have done little in maintaining its record-breaking August sales volumes.

In detail, the NFT marketplaces witnessed $86.55 million worth of transactions after peaking toward the end of August, all involving the sales of CryptoPunks avatars. The trend sustained further through the first two days of September, only to witness a sharp decline in the next sessions. 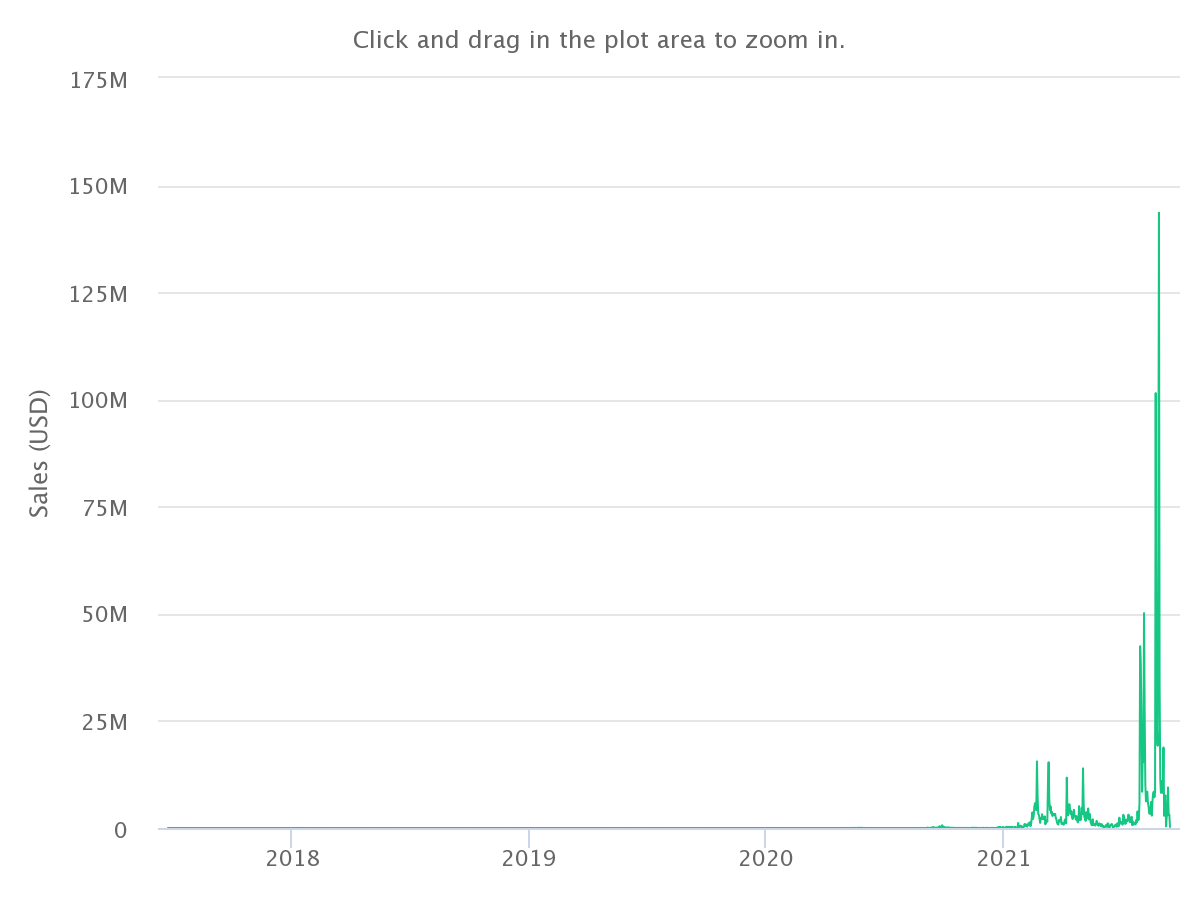 Nonfungible reported similar drops in trading volumes across leading NFT marketplaces after Aug. 29. On that day, the NFT projects had raked in $1.02 billion. But as of Sept. 14, the sales had dropped to $151.31 million. 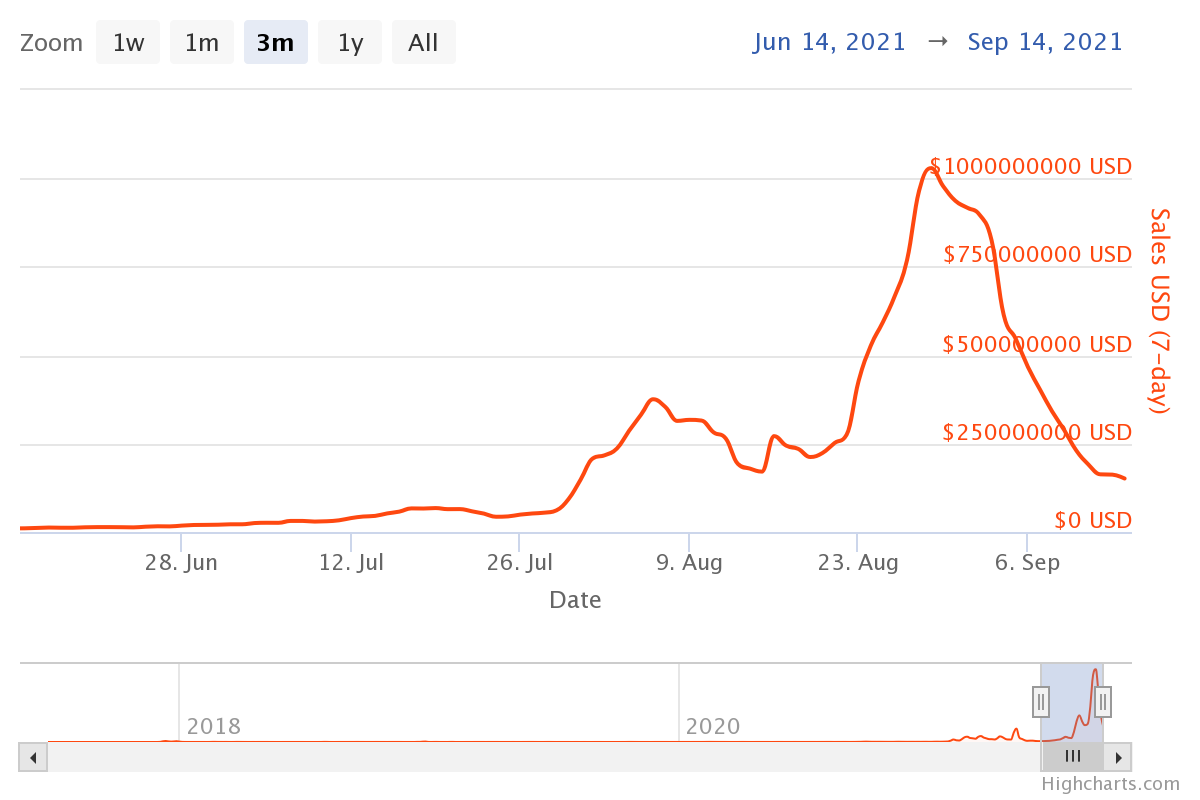 Meanwhile, the number of active NFT wallets fell from 59,255 to 21,908 in the same period. Additionally, the total number of NFT sales dropped to 36,014 from 138,109, signaling a declining interest in the digital collectibles space.

The drop largely matched steps with bearish price moves across the cryptocurrency market last week as top coins Bitcoin and Ethereum suffered a large correction. On the whole, the crypto market cap declined by 15.52% after topping out near $2.43 trillion on Sept. 7.