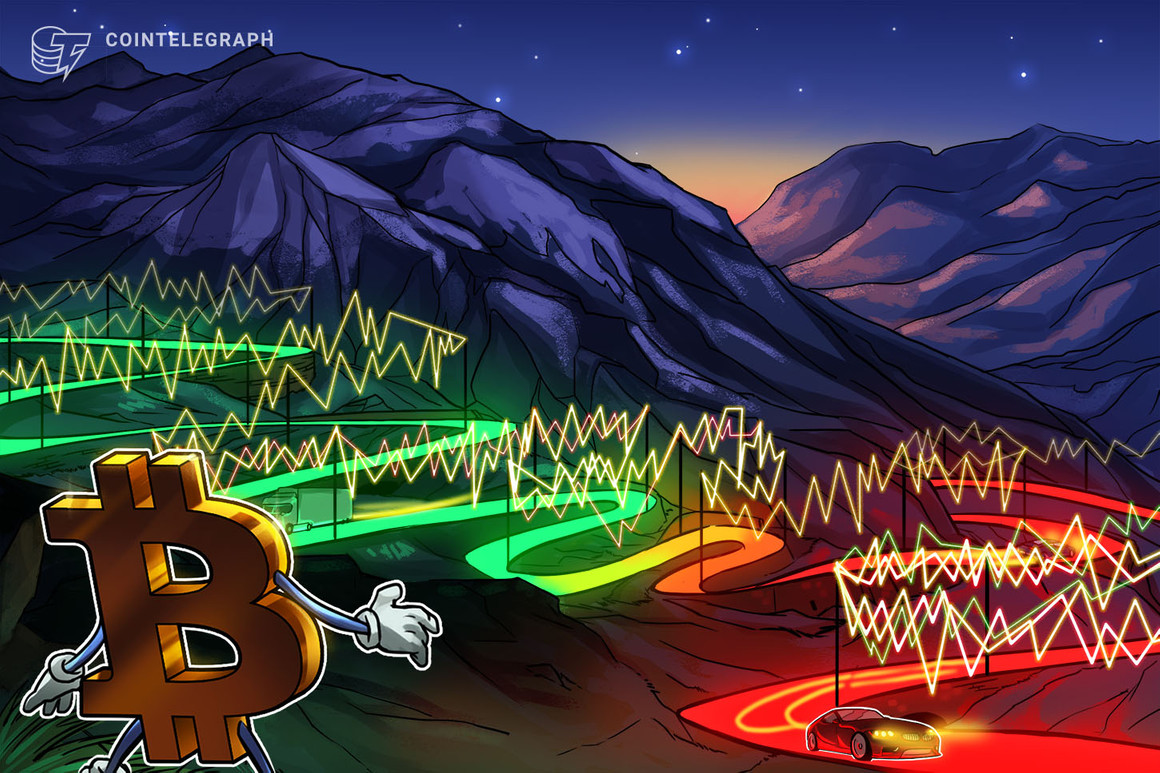 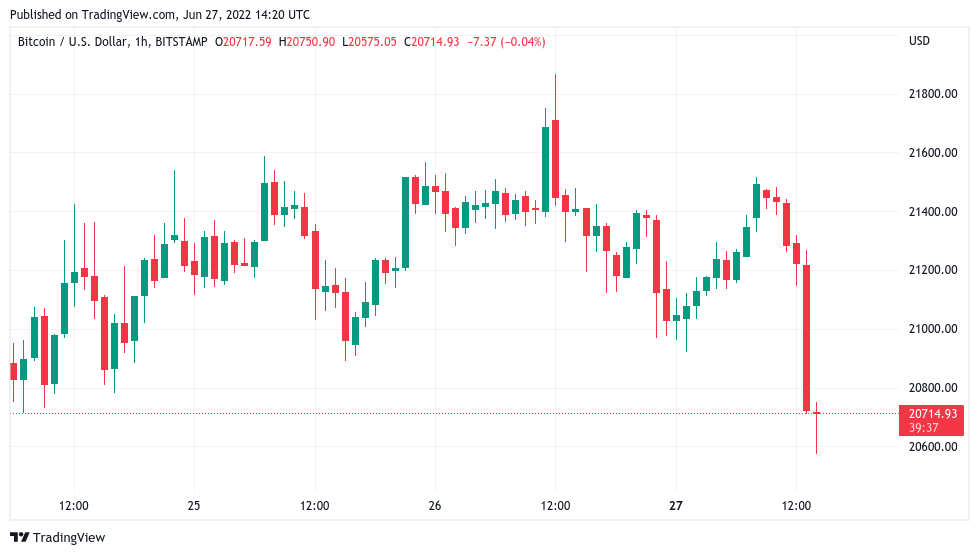 At the time of writing, the pair traded below $21,000, having hit its lowest in three days after a broadly stable weekend.

Amid a general lack of bullish conviction among traders, expectations for a further drop stayed present, with Bitcoin still below the crucial 200-week moving average (WMA) at $22,430.

"Bitcoin says NO against $21K support. That's all fine. We have got levels structured," Cointelegraph contributor Michaël van de Poppe wrote in a Twitter debate on the day.

A further post argued that further lows would come to entice traders to open long positions. Support lay at $20,325 and around $20,100, and should neither hold, a dip toward $19,000 could result.

Fellow trader and analyst Credible Crypto, meanwhile, laid down the requirements to be sure that this month's $17,600 lows would not be challenged. For him, a trip to the low $30,000 range would need to ensue.

Bitcoin remained on track to close its first month ever under the 200WMA on the day, singling out the current bear market among previous ones. 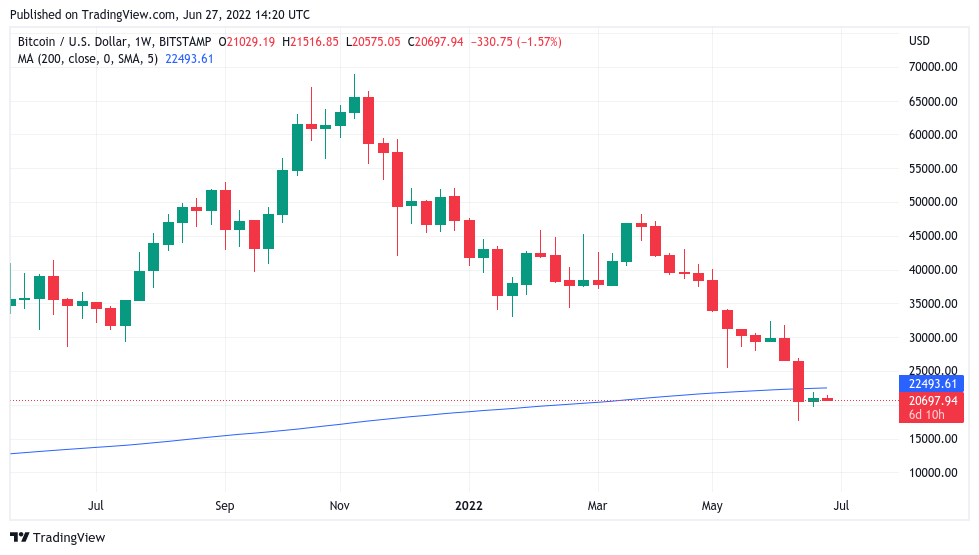 Meanwhile, evidence of investors buying the dip continued to mount.

After whales made the headlines for adding coins around $20,000, exchanges more broadly saw major decreases in BTC supplies in recent days.

According to data from on-chain analytics firm Glassnode, June 26 saw the largest cumulative change in BTC not kept on exchanges.

The 30-day average change in supply kept on exchanges was down 153,849 BTC as funds moved elsewhere. 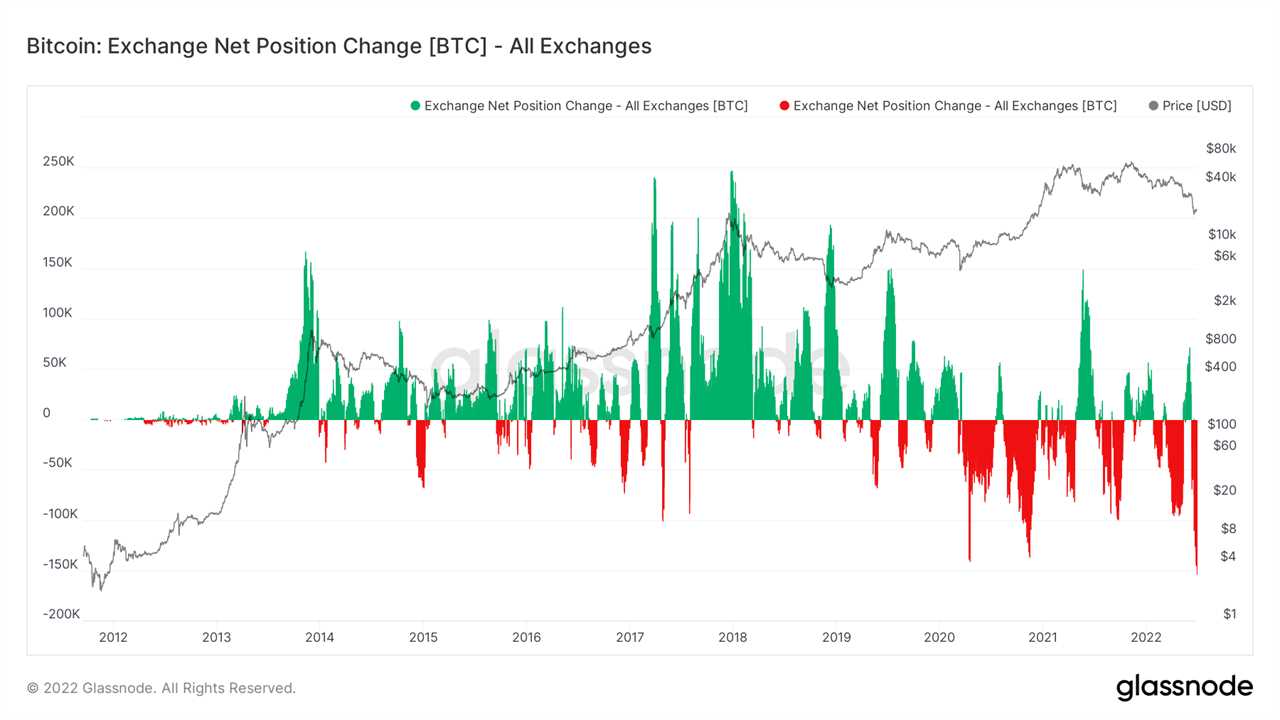 As Cointelegraph reported, metrics such as the Mayer Multiple continue to show the potential for outsized gains by buying BTC at current levels.