OFFICIALS have accounced another 51,253 Covid cases.This represents a 70 per cent decrease on the 87,188 cases reported last Wednesday, in positive..

OFFICIALS have accounced another 51,253 Covid cases.

This represents a 70 per cent decrease on the 87,188 cases reported last Wednesday, in positive signs the outbreak is receding. 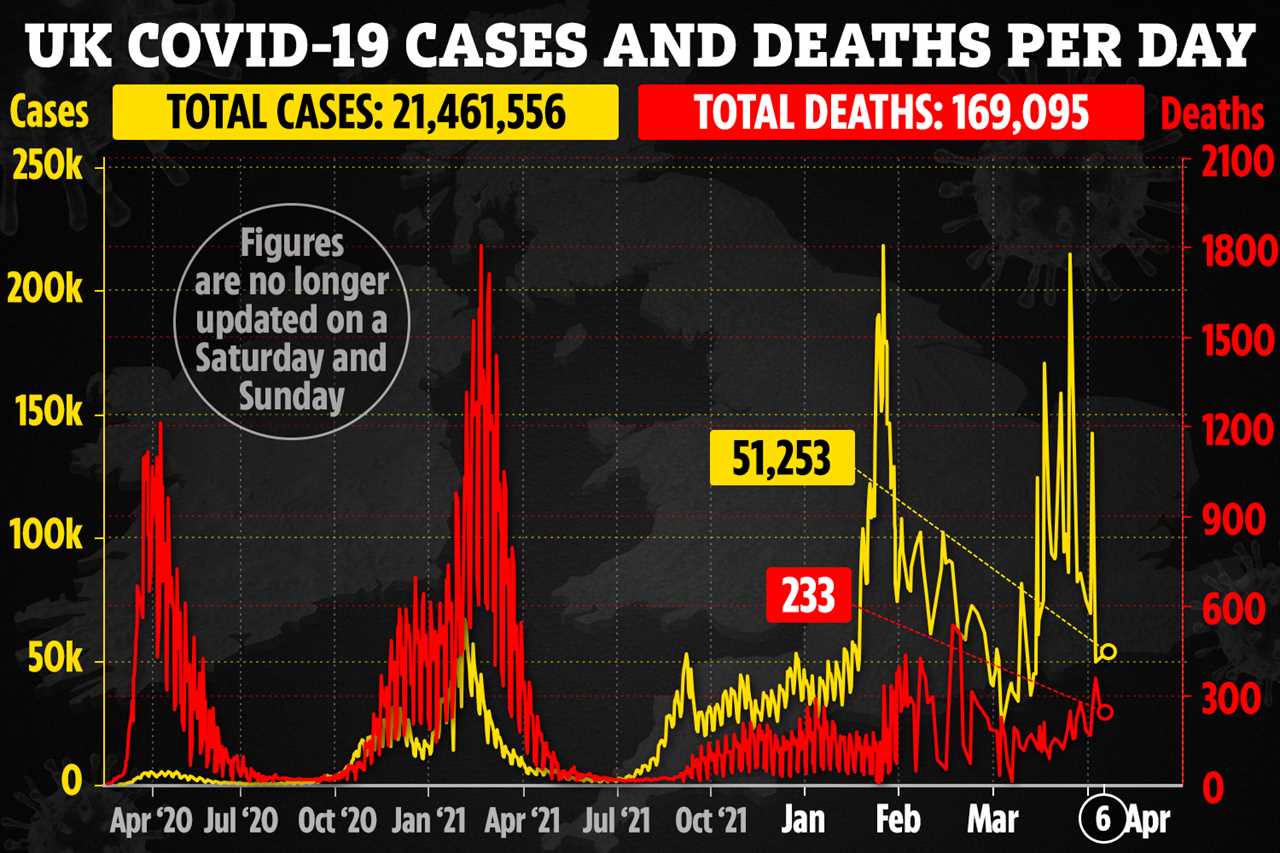 However, the Government figures are a reflection of Covid testing, which has now been massively scaled back.

Only vulnerable groups have been able to access free tests as of Friday, April 1.

Meanwhile, a further 233 deaths were announced today, compared to the 213 last Wednesday.

There are more than 20,000 people currently in UK hospitals who are positive for Covid, which is going up by an average of around 2,300 every day – however this is starting to show improvement. 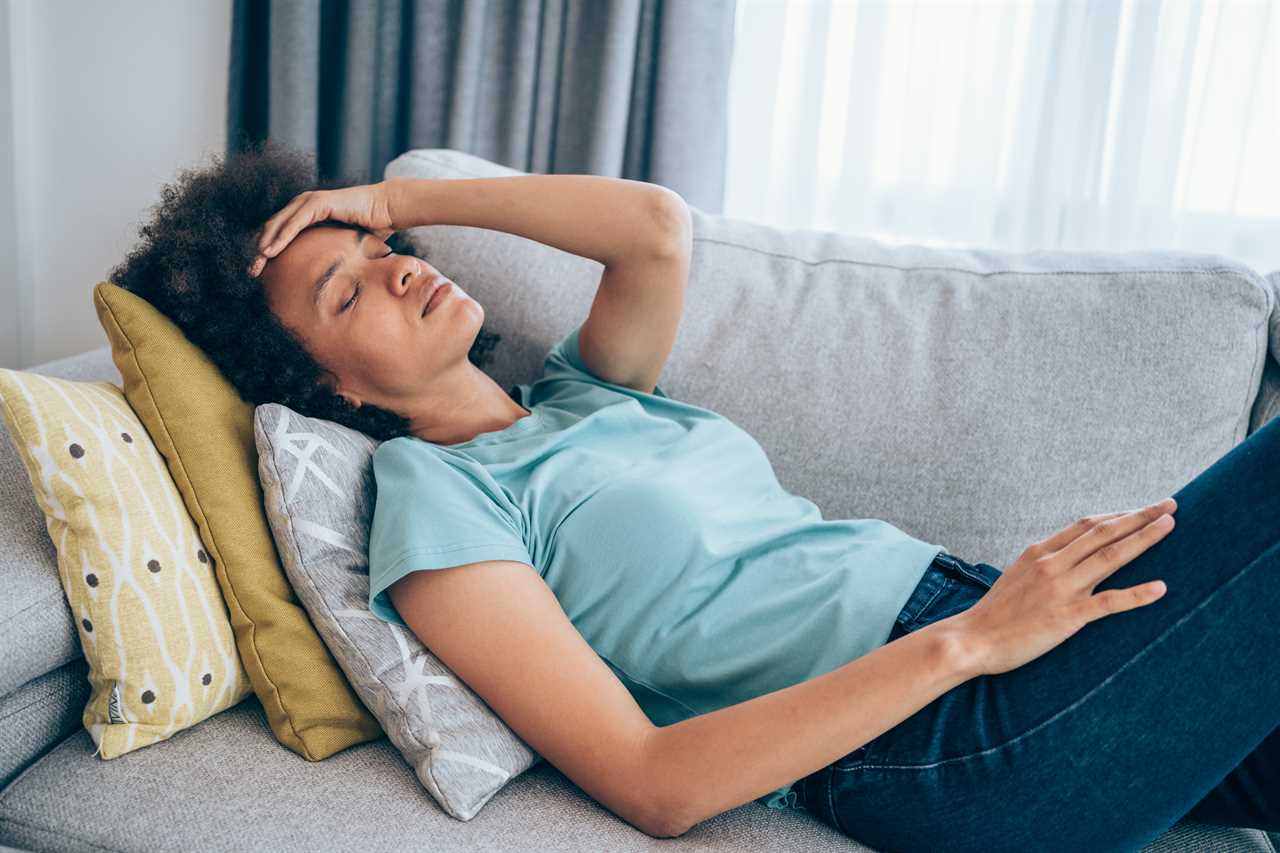 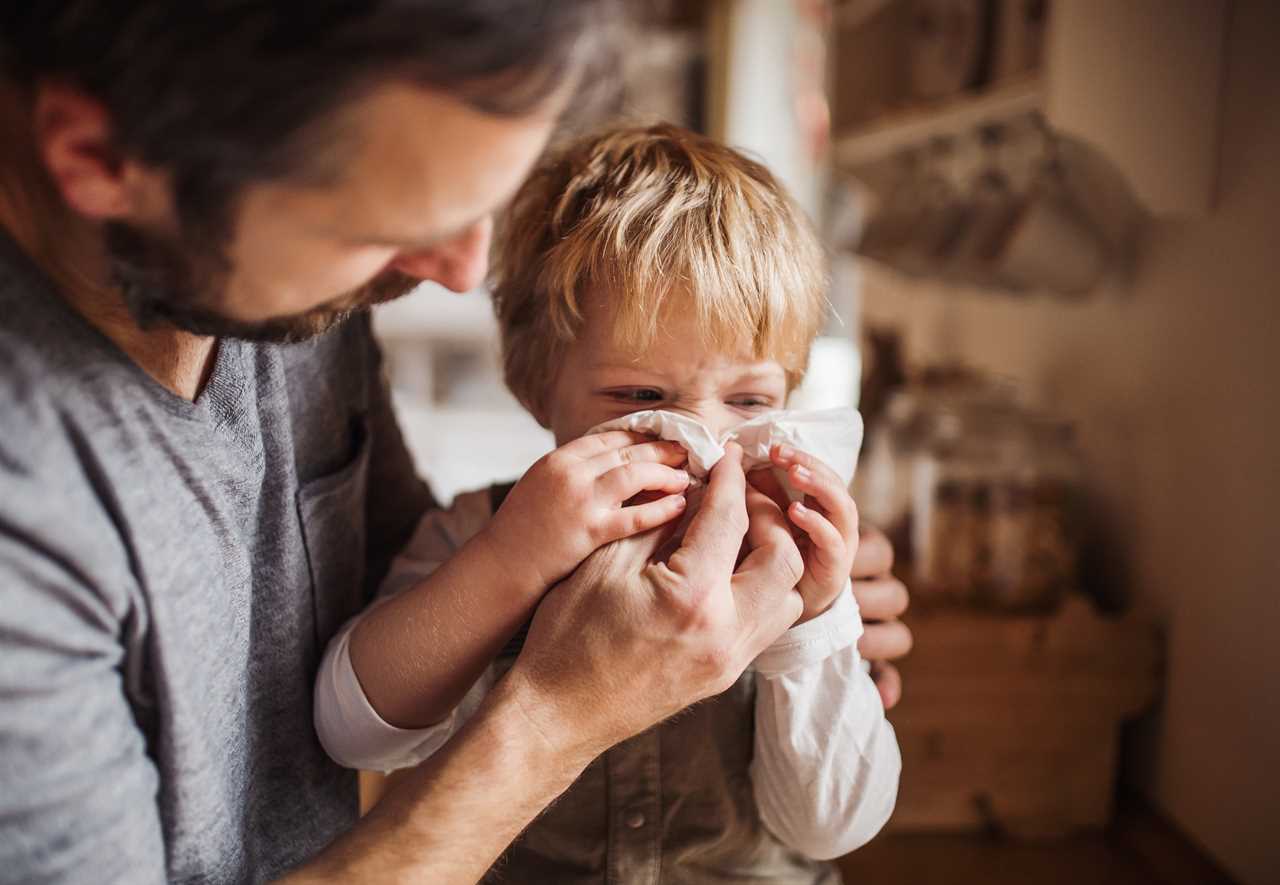 It comes after a surveillance study reported that the peak of the second Omicron wave is likely to have passed.

The React-1 study said the two variants of Omicron – BA.1 and BA.2 – have caused twin peaks in the pandemic – one in January, and another in March, the data suggests.

However, there is evidence that prevalence of the bug is increasing in older age groups, the experts from Imperial College London said.

This may increase hospitalisations and deaths despite high levels of vaccination, they warned.

However, the Omicron family causes a more mild disease, and public health officials have previously said that high case numbers shouldn’t translate to a surge in hospital admissions or deaths.

It suggests Covid rates are the highest they have been since the study began in May 2020.

Responding to the findings, Dr Layla McCay, director of policy at the NHS Confederation, said it was “particularly concerning to note the unprecedented and still rising levels in older people”.

People in vulnerable groups are being invited to get a second Covid booster this spring, as immunity from their first booster is likely to have waned.

Parents can also book children aged between five and 11 years old in for their first dose as of Saturday.

It comes data shows that Covid is hitting kids in large numbers – with one in 11 youngsters infected.

Last week almost three children in every primary classroom had the bug, although it is often an even milder illness in youngsters.

What are the symptoms of Covid?

When Covid cases are high, it’s useful to be familiar with the symptoms of the bug.

The BA.2 Omicron strain is the most dominant in the UK right now, and spreads faster than variants seen before.

Its symptoms are the same as its sister Omicron, typically causing a cold or flu-like illness.

The NHS expanded its official list of Covid symptoms after two years of the pandemic.

Previously,  the classic three signs of the disease, which warranted a free NHS Covid test, were a persistent cough, fever and loss of taste or smell.

But now that free testing has been scrapped for the majority of people in England, the full list has been updated to: