DAILY Covid cases in the UK have more than halved in two weeks.A total of 81,713 fresh infections were reported in the latest 24-hour period,..

DAILY Covid cases in the UK have more than halved in two weeks.

A total of 81,713 fresh infections were reported in the latest 24-hour period, compared to a staggering 179,637 a fortnight ago. 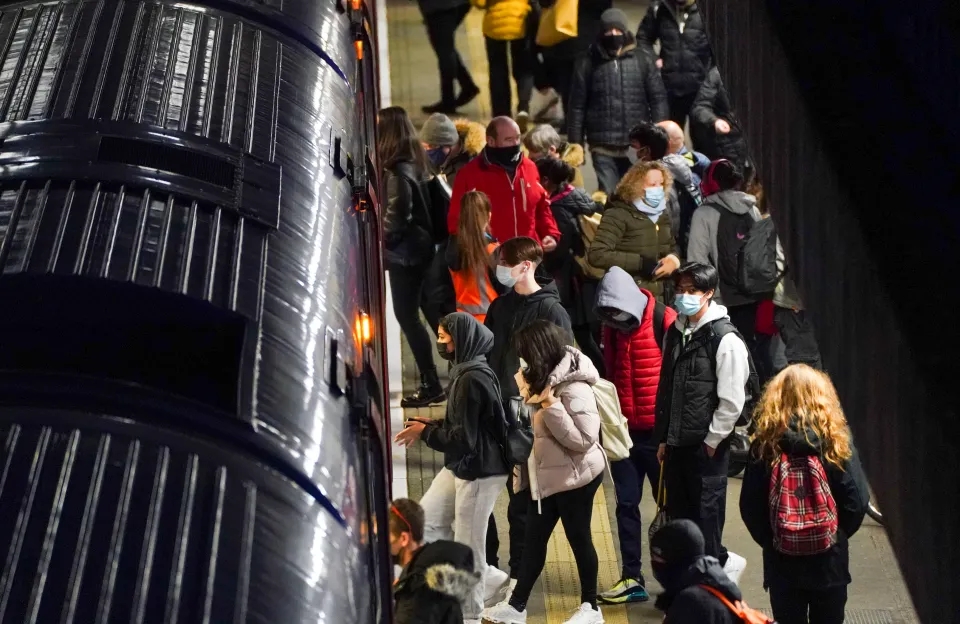 It brings the total number of positive cases since the pandemic began to 15,147,120.

Today is the second day in a row that the number of people testing positive has fallen below 100,000.

Infections dipped to 99,652 before falling further to today’s 81,713 in a promising sign the country is moving past the Omicron peak.

And in further positive news, coronavirus cases are now falling in every region in England as the crucial R rate has stabilised, new data has revealed.

It’s highest in the North East, which sits between 1.4 and 1.7, but despite a high R rate, infections are now starting to fall in the region – which had previously been an Omicron epicentre.

Experts have put the declining numbers down to the UK’s rapid vaccination roll-out.

Several Covid measures have already been scrapped amid the optimism, including self-isolation for positive cases being slashed to just five days for the fully jabbed.

And it seems the UK is “on the other side” of the Omicron peak with “hospitalisations, deaths and general severity looking more positive”, according to epidemiologist Professor Tim Spector.

But while health experts have declared the recent decline in coronavirus cases “cause for optimism”, the NHS is “not out of the woods yet”.

Jillian Evans, head of health intelligence at NHS Grampian, said she was encouraged by data showing a slowing-down of infections but the health board is expected to come under pressure over the next two weeks.

Speaking on BBC’s Good Morning Scotland radio programme, Ms Evans said: “Certainly, a slowing down of those infection rates that we saw in just in the run-up to Christmas and at the start of New Year.”

But she warned the effect of the Omicron would still be felt in hospitals around Scotland, and in the rest of the UK.

“The baked-in cases that we’ve got, we expect to see for the next week, two weeks,” she said.

“So that means that we’re still under pressure in health and social care systems, but it gives us some cause for optimism.

“Particularly when you start to look at the effects elsewhere in Scotland and the UK and in other parts of the world where the Omicron wave happened sooner, we’re starting to see a slowdown or even a plateauing of hospitalisations.

“So that’s positive news, but we’re nowhere near out of the woods yet.”

Scottish Health Secretary Humza Yousaf also said on Friday that the Omicron wave appeared to be “decelerating” but more data was needed to be definitive.