UK daily Covid cases hit highest total in four weeks as 46,807 infections are recorded while deaths rise by 199 in a day

THE UK’s daily Covid case total is the highest in four weeks – with 46,807 new infections recorded today.It marks the highest daily total since..

It marks the highest daily total since October 22 – when 49,298 deaths were recorded. 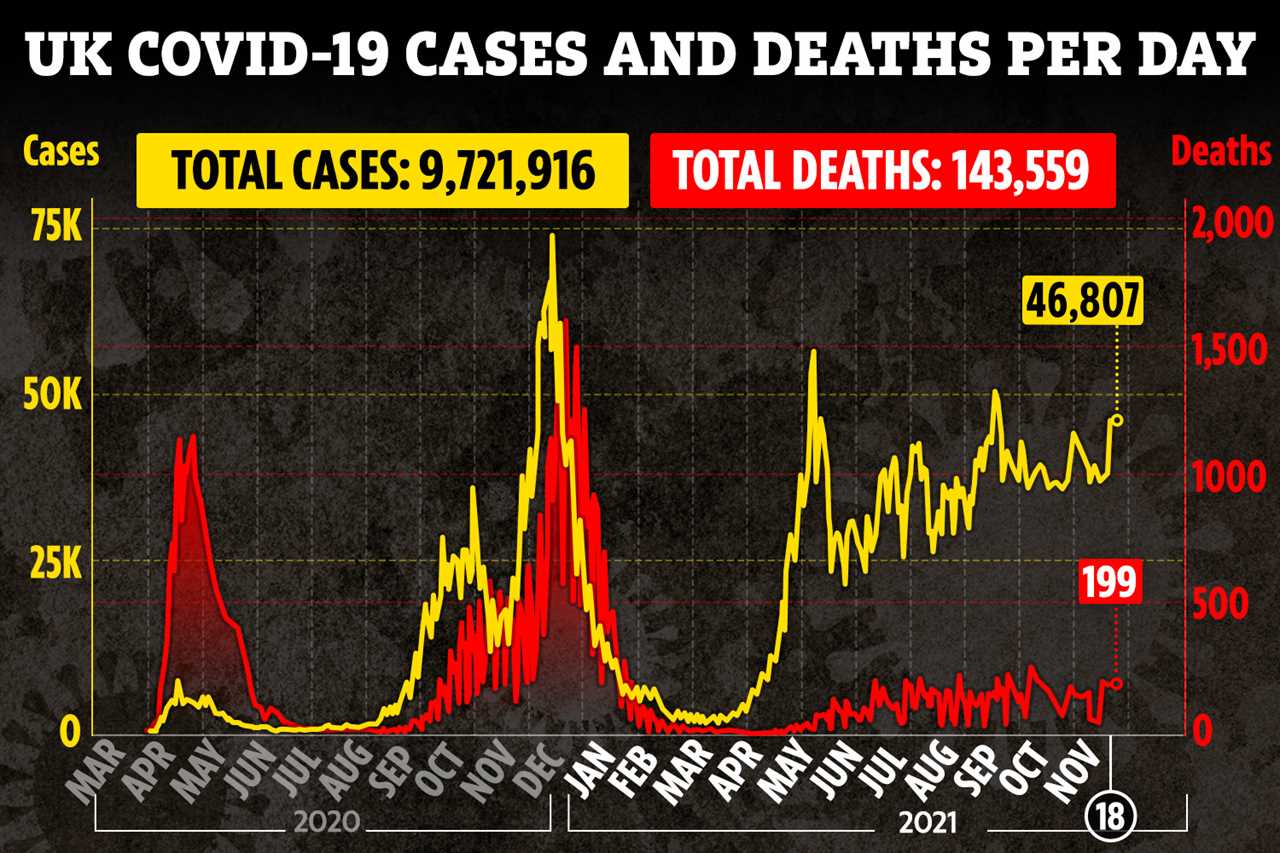 The new numbers bring the total number of cases since the beginning of the pandemic to 9,721,916.

There were also 199 more deaths, bringing the total number of fatalities in the UK to 143,559.

It comes as Covid-19 case rates among schoolchildren in England rose sharply.

The figures, from the UK Health Security Agency (HSA), are likely to reflect the return of pupils to school after the half-term holiday in late October.

Case rates have also jumped for all age groups between 20 and 59, though the week-on-week increase is smaller.

Rates have fallen in age groups for people aged 60 and over.

Across England, rates have increased in all regions except the north-east.

The rate of Covid-19 hospital admissions in England stood at 7.6 per 100,000 people in the week to November 14, unchanged from the previous week.

Responding to the figures, Professor Steven Riley, HSA director-general of data, analytics and surveillance, said: “Rates of Covid-19 continue to increase in those from younger age groups, and hospitalisations remain highest in those aged 85 and over.

“More people than ever are eligible for second and booster doses and it is as important as ever to get vaccinated or receive a booster jab as soon as you are offered one.

“Socialising indoors in places with poor ventilation increases the risk of infection. Help protect yourself and loved ones by opening windows and doors to ventilate the room when meeting people inside.

“Wash your hands regularly and wear a mask in crowded places. If you have any Covid-19 symptoms, stay at home and get a PCR test as soon as possible.”