EUROPE could face another Christmas lockdown as cases have exploded across the continent. On Wednesday, the World Health Organization said that..

EUROPE could face another Christmas lockdown as cases have exploded across the continent.

On Wednesday, the World Health Organization said that Europe was the only region in the world where Covid-related deaths increased last week. 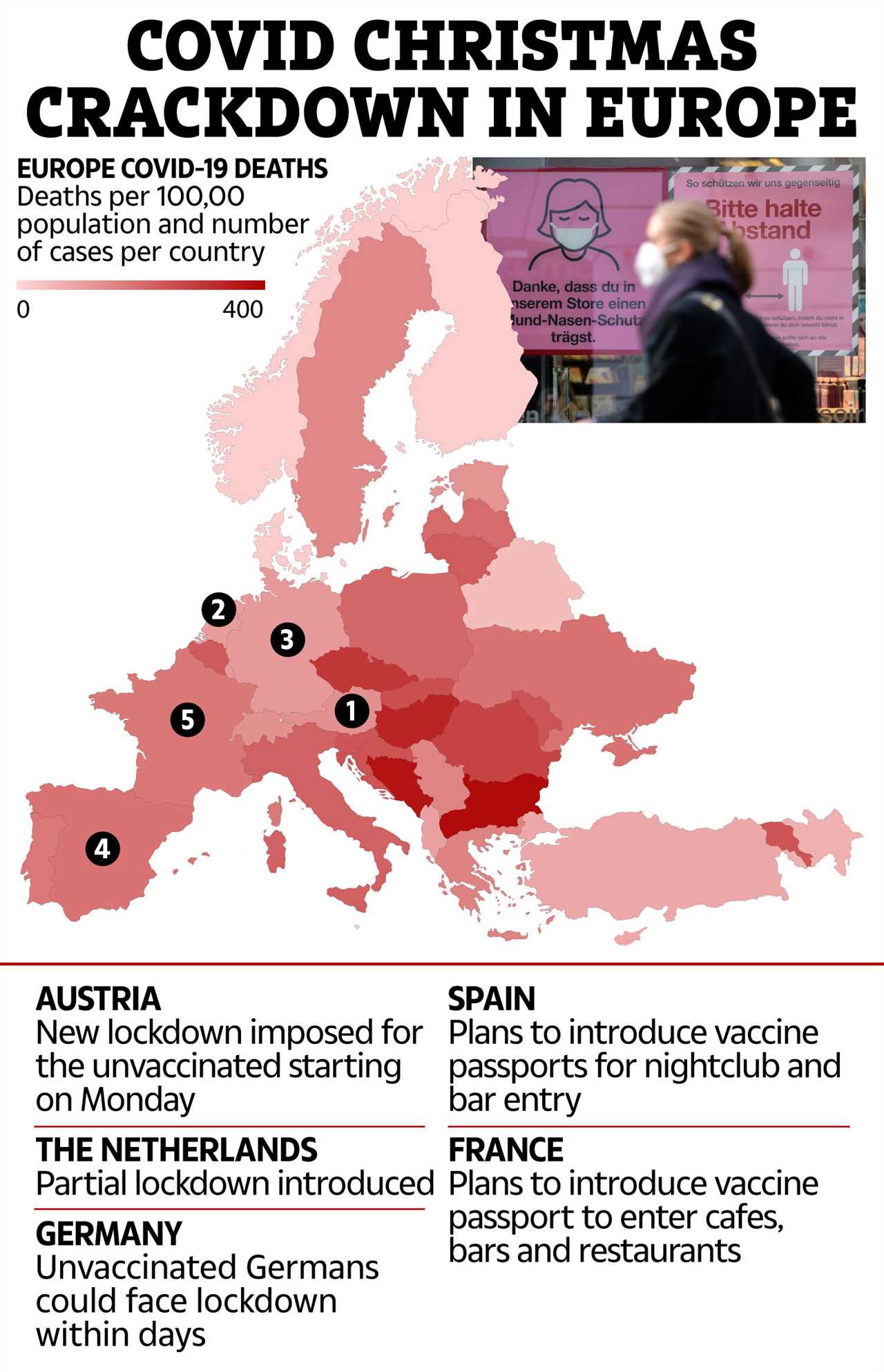 Within Europe, the WHO said that the highest number of cases came from Russia, Germany, and the UK.

Germany is currently in the grip of a “dramatic” fourth wave, Chancellor Angela Merkel said on Wednesday.

Daily infections have hit a new record of 52,826 yesterday with a jab rate of just 68% – lower than the European average.

And today new measures were approved by lawmakers in Germany after the head of Germany’s disease control agency warned the country could face a really terrible Christmas.

The legislation includes requirements for employees to prove they are vaccinated, recovered from COVID-19 or have tested negative for the virus in order to access communal workplaces.

“We are going to have a really terrible Christmas if we don’t take countermeasures now.”

Meanwhile, in Belgium, the Prime Minister announced a series of measures in a bid to avoid a winter lockdown.

“Europe’s map is quickly going red, and we are the same.”

Children from the age of ten and above will now have to wear asks and working from home for at least four days a week will be made compulsory starting from Saturday.

The Netherlands has already introduced a partial lockdown and Austria will impose a lockdown for the two million unvaccinated people on Monday.

Elsewhere, in Sweden, the Government will be introduced a Covid vaccination pass from December 1 for indoor events involving more than 100 people.

“You who are unvaccinated cannot just carry on as normal; your most important contribution is to get vaccinated,” said Social Affairs Minister Lena Hallengren.

France is being hit by a fifth wave of Covid with more than 20,000 cases reported on Wednesday.

He warned that the situation could get worse with charts indicating a risk of more than “1,000 hospitalisations per day by January 2022.”

The Czech Republic announced additional new measures as cases soared to 22,479 with the country’s infection rate rising to 813 per 100,000 of the population of the past week.

Under new measures being introduced, most unvaccinated people will not be allowed to attend public events or go to bars or restaurants.

Italy has tightened its green pass rules in a bid to slow down the number of new cases ahead of the Christmas period.

In strict new measures, trains can now be stopped if any passenger appears to have Covid symptoms while taxi drivers are expected to have a Covid pass.

It comes as Spain could soon introduce vaccine passports for people to enter nightclubs and bars in an attempt to curb the current Covid spike.

While Spain’s vaccination rates are positive – with 79 per cent of the population having both jabs – the Covid rates are rising.

This is much lower than other badly hit European destinations such as Germany and Belgium, but the spike has raised concerns about the efforts to slow the spread. 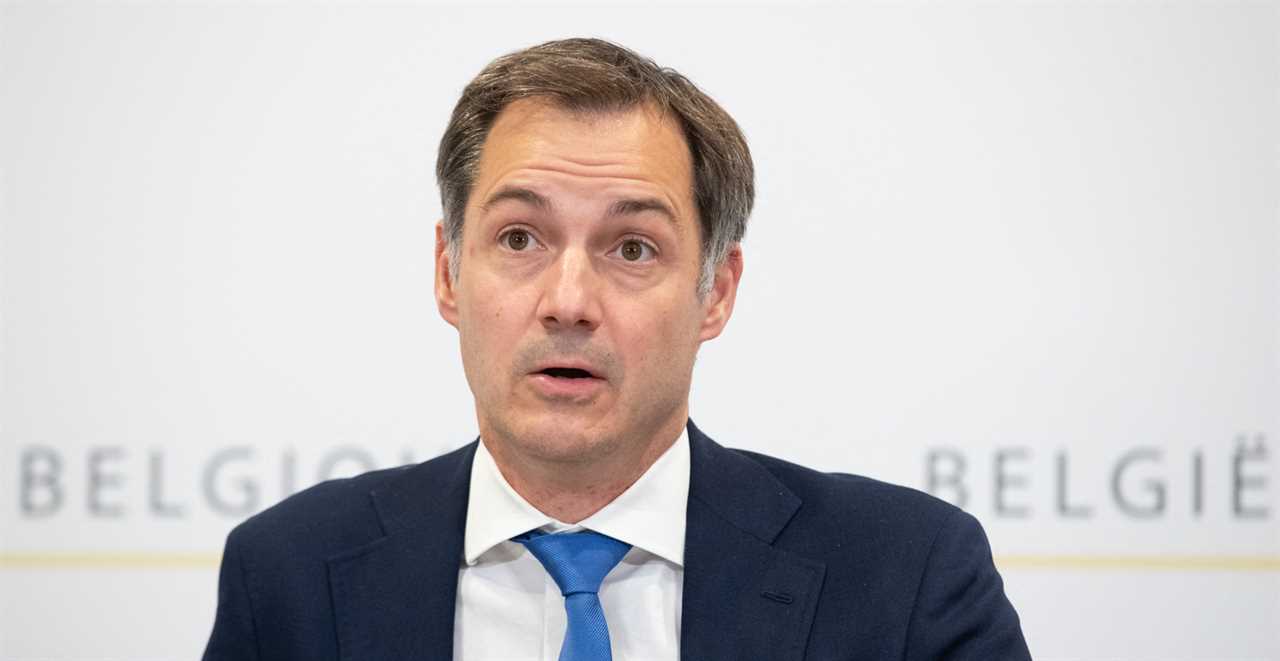