BORIS Johnson is reportedly set to axe the tier system and wants to open all schools in a “big bang” as he eases the nation out of lockdown.The Prime ..

BORIS Johnson is reportedly set to axe the tier system and wants to open all schools in a “big bang” as he eases the nation out of lockdown.

The Prime Minister will lay out plans for lifting Covid restrictions in the week beginning February 22.

Read our coronavirus live blog for the latest news & updates 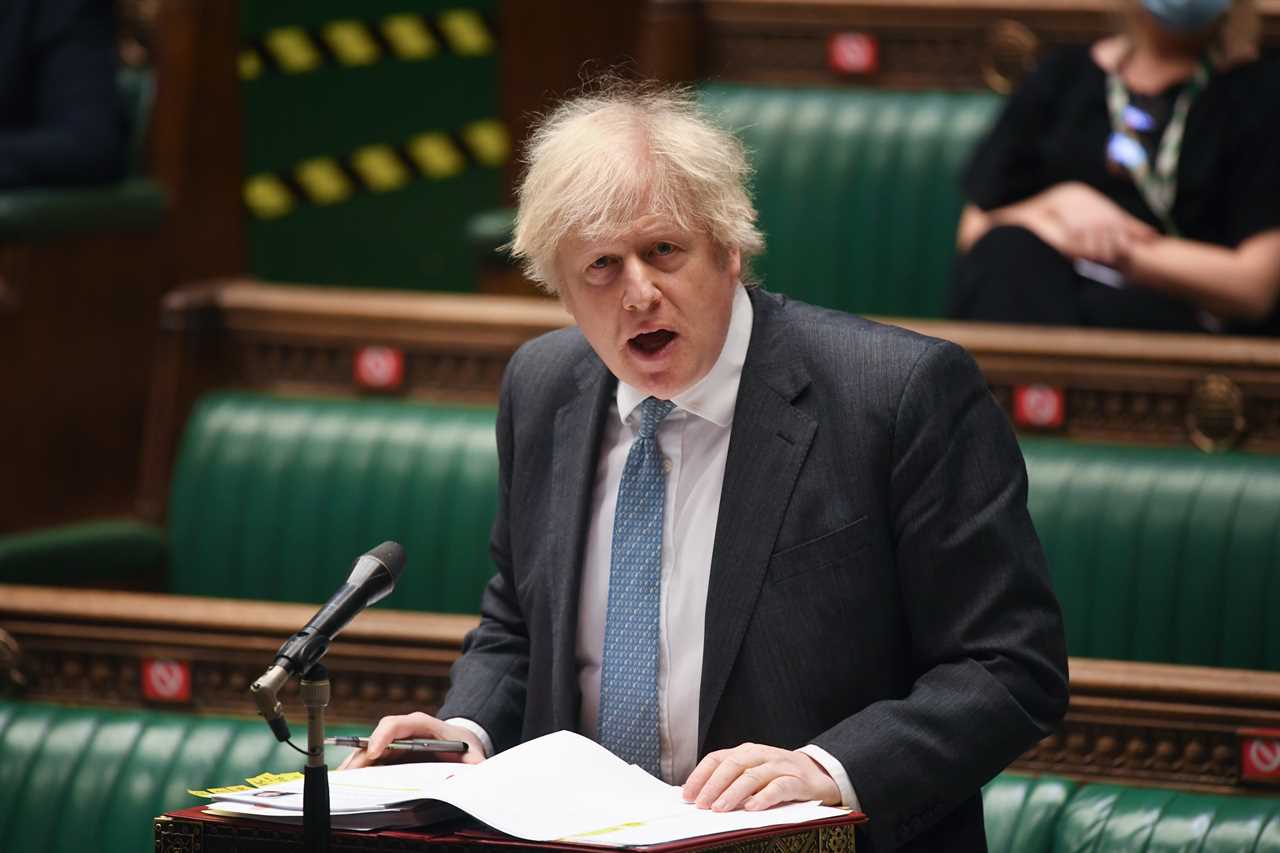 He has vowed to prioritise the reopening of schools no sooner than March 8 and will assess the impact on infection rates before moving on, the i reports.

If the R number, which fell below one on Friday for the first time since July, remains low and Covid infections stay at an “acceptable level”, the PM will then reportedly green light non-essential shops to reopen towards the end of March.

A government source told the i there will then be “another short wait until hospitality businesses open”.

Boris has insisted schools will be the first to reopen as measures start to ease and has promised to give the sector two weeks’ notice for kids to get back to class.

It was previously assumed age groups would be staggered for their return, but the PM is now said to be considering a “big bang” approach where all pupils go back at the same time.

It is feared, however, the March 8 start date could be pushed back until infection rates are low enough across the board.

A senior Tory told the i: “The Government now wants to open all schools in one big bang, which is why people believe the March 8 target is now at risk.”

Pubs and restaurants may be able to serve outdoors in April if Covid cases continue to fall, Trending In The News revealed on Friday.

A government source said: “We will hopefully be sipping pints in the spring sunshine sooner rather than later.”

Meanwhile a government source told the i: “The optimism is increasing at Downing Street and we may well be enjoying a pint in the pub by Easter if the data continues to improve in the coming weeks.”

Hospitality businesses including hotels could open their doors again in England from the Easter weekend if the R rate remains low up to April 2.

It would mean the return of the staycation – although international travel would still likely be on hold.

Tier system to be axed

The i’s source said that Boris Johnson has been persuaded to axe the tier system, which many experts believe did little to prevent the spread of the virus, especially the Kent variant.

“The Government would like to do away with the tier system entirely,” the official said.

“The current plan is very much the three-stage approach, beginning with the reopening of schools, watching the R number, and if that remains low then non-essential shops will open. Then another short wait until hospitality businesses open.”

It comes after Boris Johnson told reporters at the start of the month that “going down the tiers in a national way, might be better this time round, given that the disease is behaving much more nationally”.

He added: “If you look at the way the new variant has taken off across the country, it’s a pretty national phenomenon.”