The 40-year-old cancer campaigner has already raised hundreds of thousands of pounds through initial sales of the top. 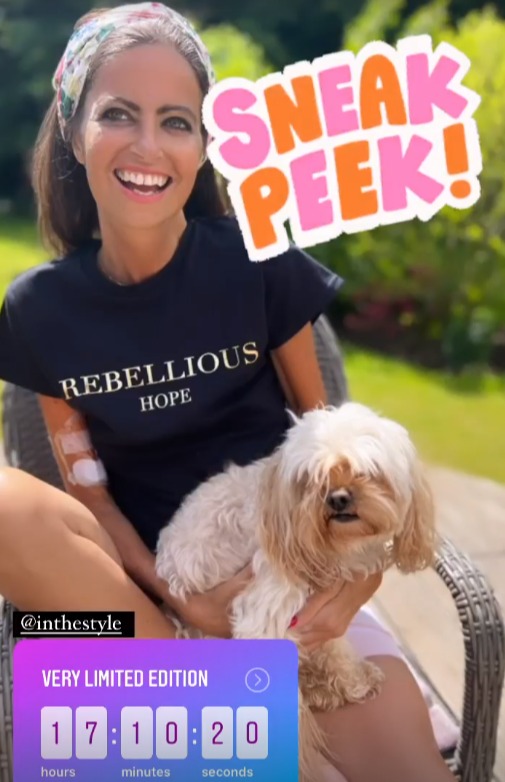 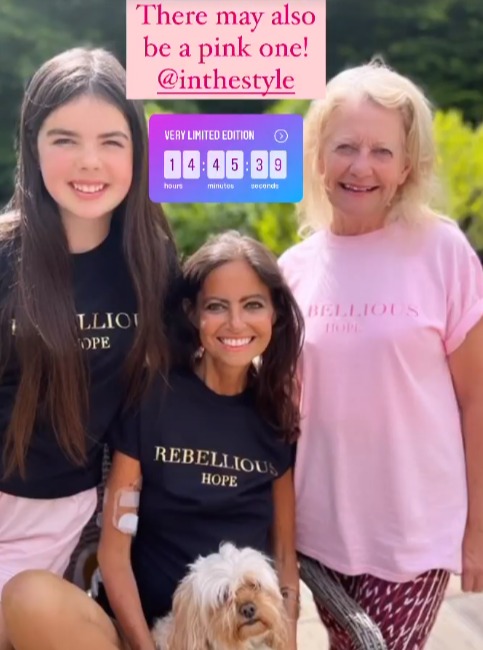 She posed alongside her daughter Eloise, 12 and mum Heather

Just last month, the Sun writer released a shirt with her beloved “rebellious hope” slogan on the front.

The podcaster said 100 per cent of the profits will go to her fund, which supports Cancer Research UK, The Royal Marsden and Bowel Cancer UK.

Just four days ago, Debs revealed the sales had topped £500,000 and said the support for the garments had been ‘bonkers’, while her fund has now reached a whopping £6.6million. 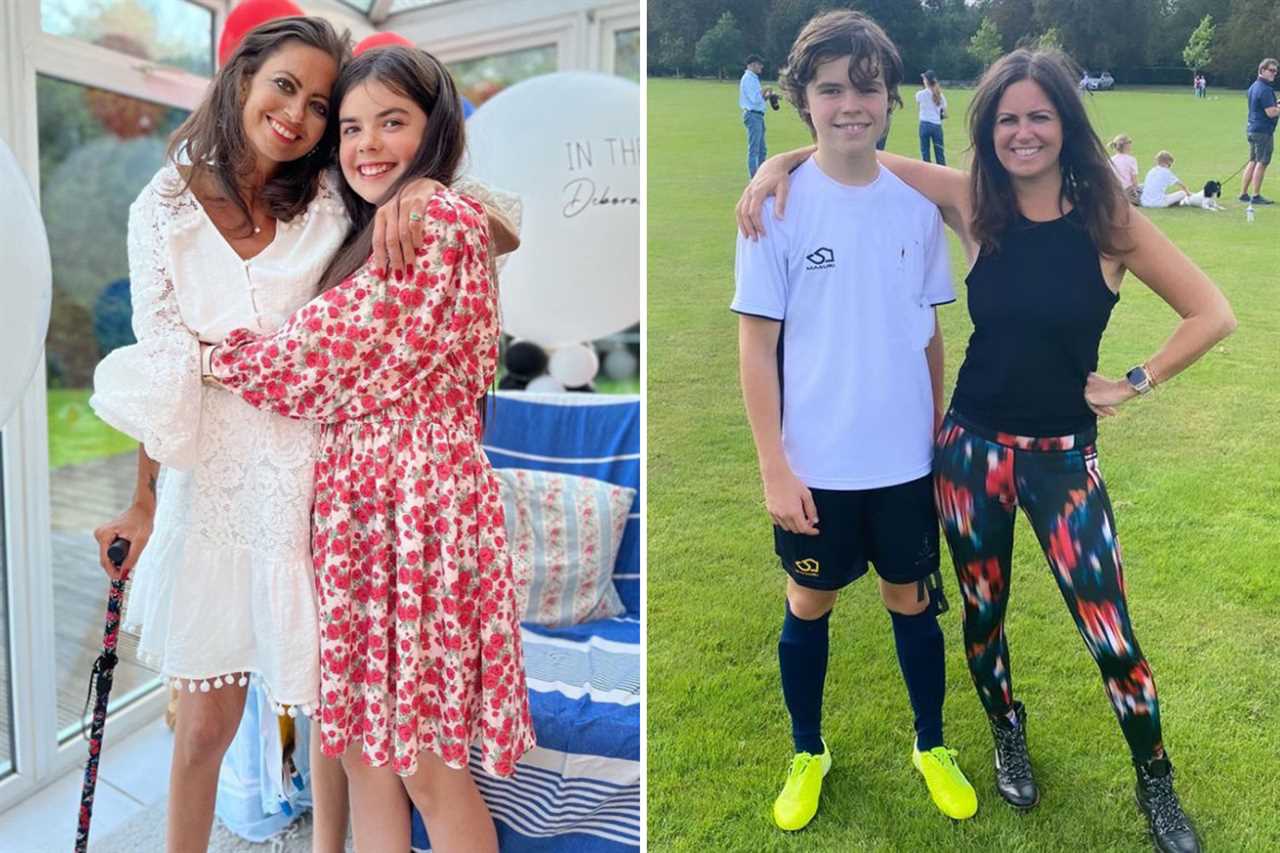 I'm only getting a few hours between sleep to make memories, says Deborah James 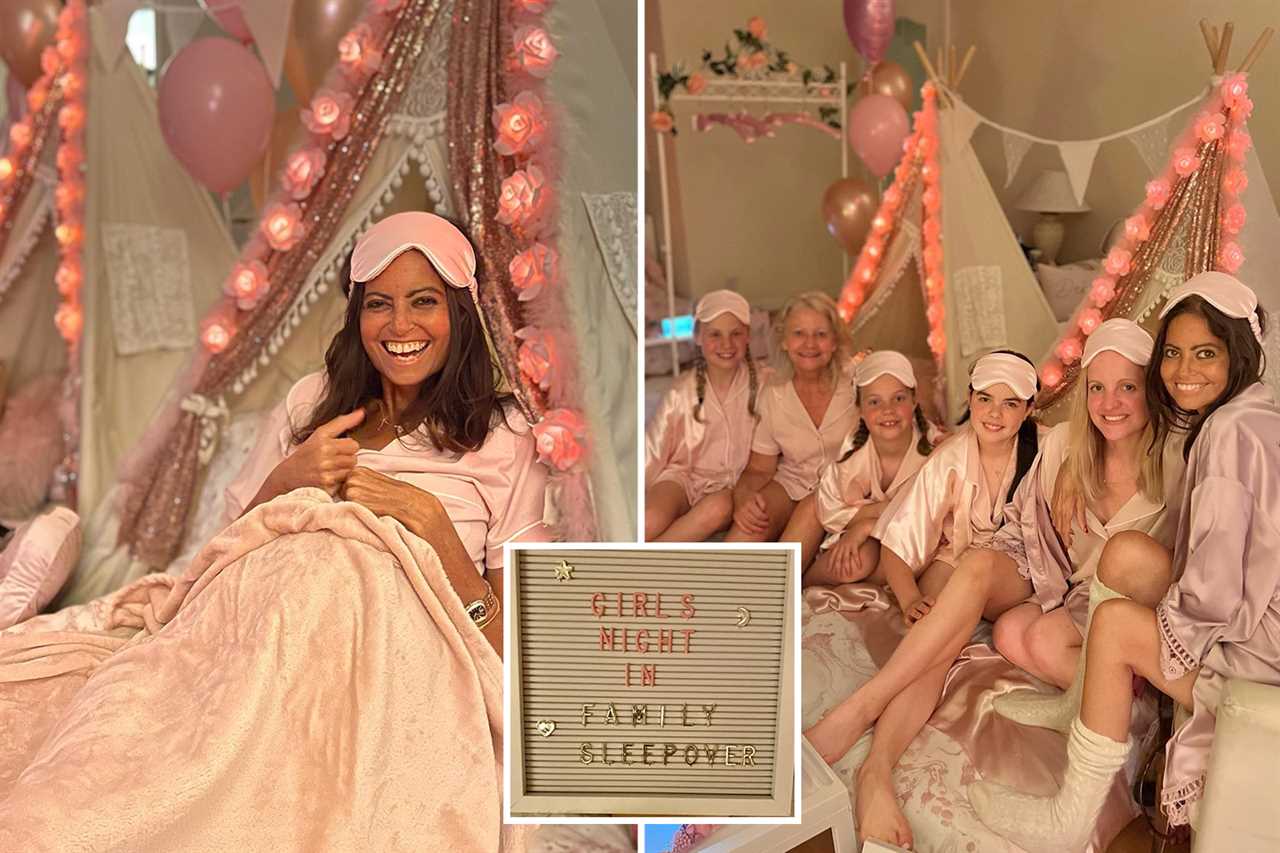 One last sleepover with my daughter helped me smile, says Deborah James

Due to the popularity of the tops, Debs last week asked her followers if a different style t-shirt would be of interest.

Taking to Instagram last night, she revealed the top will now come in two new colours.

To model the new shirt, Debs is sat in her garden in a black ‘rebellious hope’ tee with her little dog in her lap, with a beaming smile.

She also posed alongside her daughter Eloise, 12 and mum Heather, who are both wearing the new versions of the product, in black and pink.

But Debs was keen to highlight that not everything is always as it seems in photos.

“Not been a good day as many aren’t at the moment. But it’s amazing how images don’t tell the 1,000 other words.

“For reference I spent my day telling everyone to f*** off.”

The new t-shirt is set to go on sale today, with profits going to the BoweBabe fund.

Deborah also revealed that brand Scamp and Dude are now donating £10 from the sale of the £30 ‘Swag Bags’ to the fund.

The company said: “As most of you know, Dame Deborah James aka @bowelbabe is a friend of ours and has always been part of the Scamp & Dude family over the past 5 years.

“We are so pleased to be able to help raise funds for the brilliant @bowelbabefund for Cancer Research UK through the sale of one of our products.

“It would take too long to create something new, so we decided to let Deborah choose something from the current collection and she chose this coral with gold leopard & lightning bolt Swag Bag.”

They added that for people who have already bought the bag, £10 will be donated from each sale since the product was launched.

“We are so proud of everything that Dame Deborah James is achieving and it means so much to us to know that we are able to be part of something so special that will make such a difference,” the added.

Deborah highlighted that she was grateful for the partnership and that the company had been ‘very generous’.

The Sun writer was moved to at-home hospice care last month and has been spending time with her family and friends.

Debs, who is mum to Eloise 12, and Hugo, 14, said she is becoming less able to leave the house due to her condition.

Deborah was first diagnosed with stage 4 bowel cancer in 2016.

Since then she has been an avid campaigner, raising awareness of the signs and symptoms of the condition.

In recent weeks she has had a rose named after her, launched a fashion collection and even had her very own Lego mini-me sent to her. 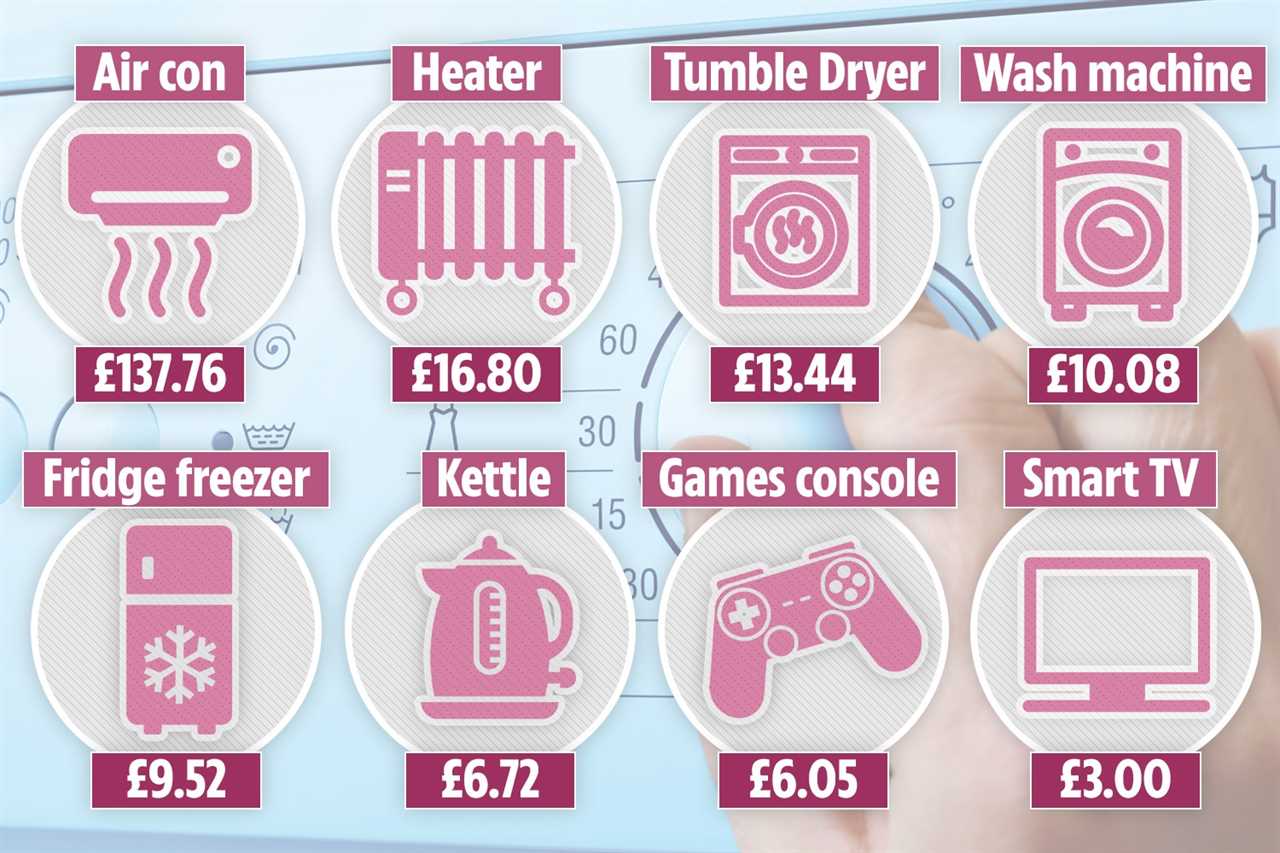 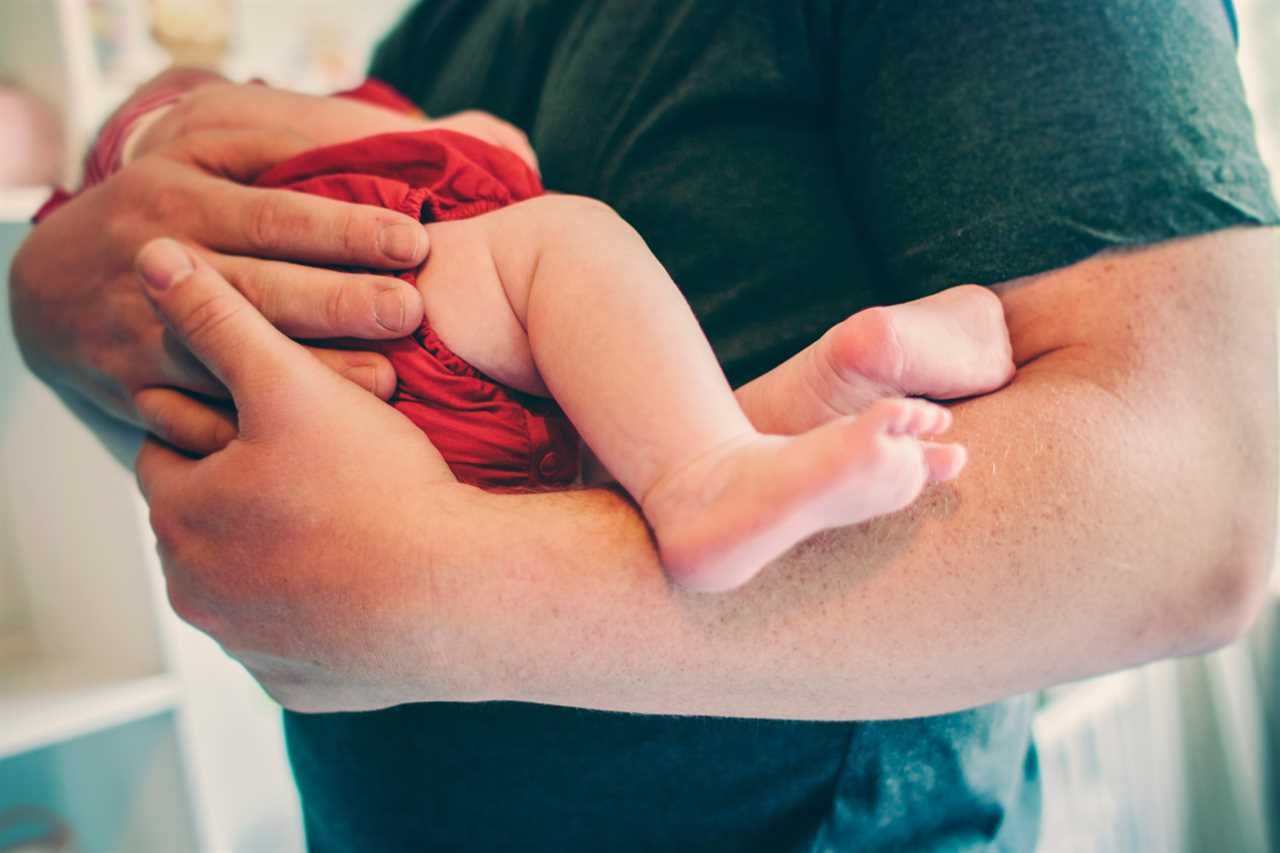 I’m renaming my 5-month-old child after her mom died, it’s a split opinion

While she has raised hundreds of thousands of pounds through these partnerships, her biggest passion and mission to date is the BowelBabe fund.

The podcaster has so far raised over £6.6million for charities such as Cancer Research UK (CRUK), Bowel Cancer UK and the Royal Marsden. 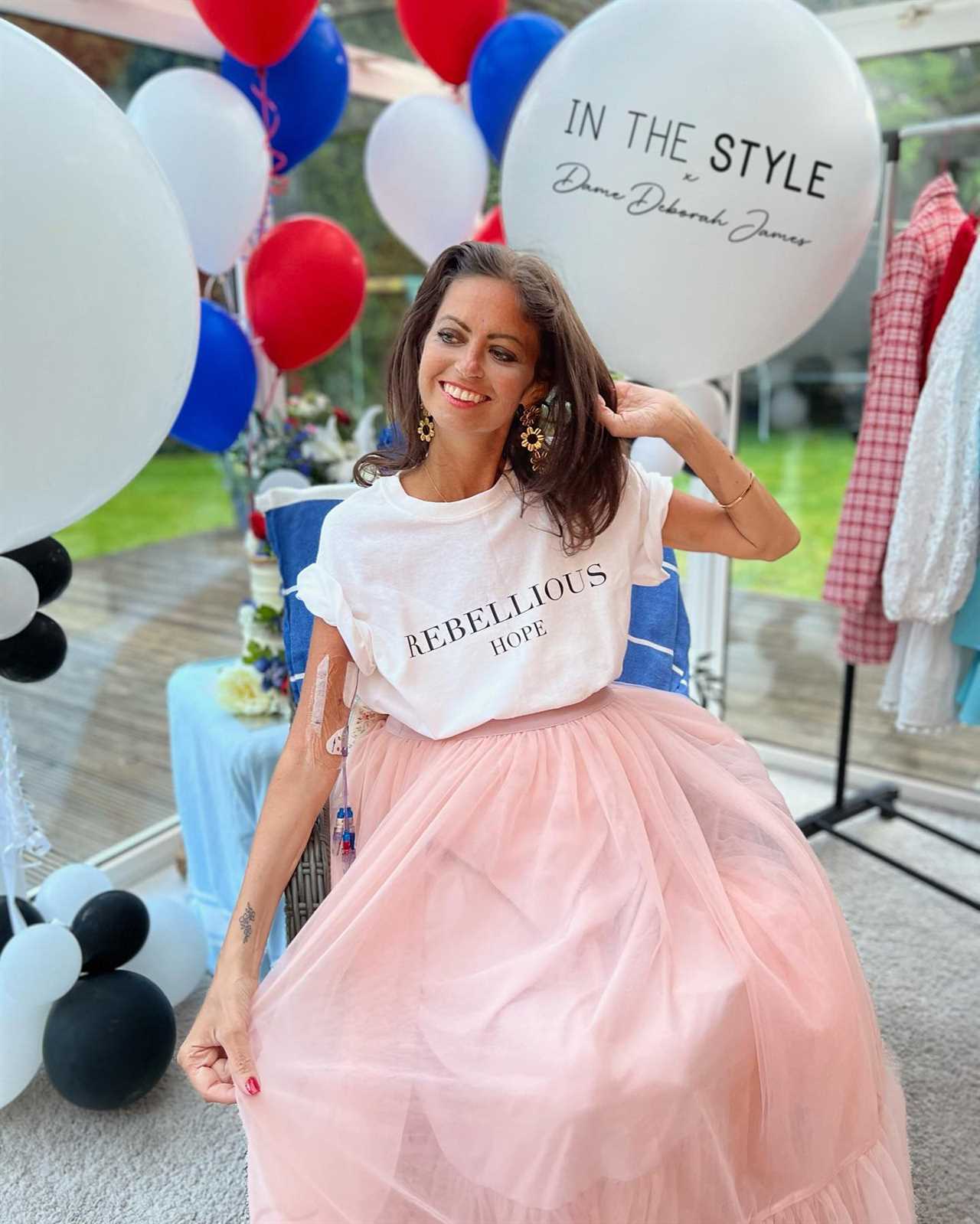 The first t-shirt Deborah launched with In The Style has raised over £500,000 for the BowelBabe fund
Did you miss our previous article...
https://trendinginthenews.com/cancer/millions-of-women-could-benefit-from-smear-test-change-but-theres-a-catch
sneakpeekthousandsofpounds