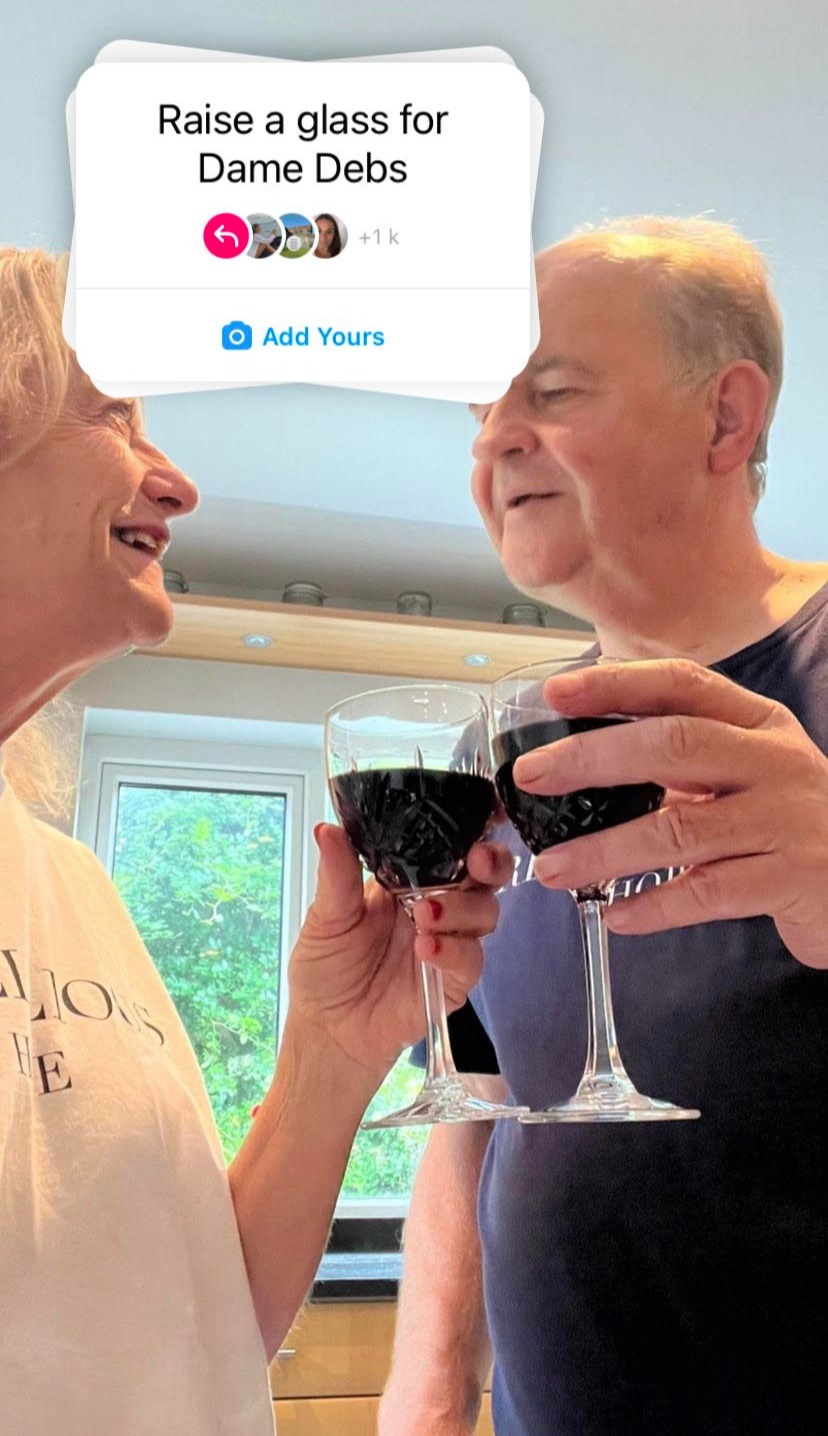 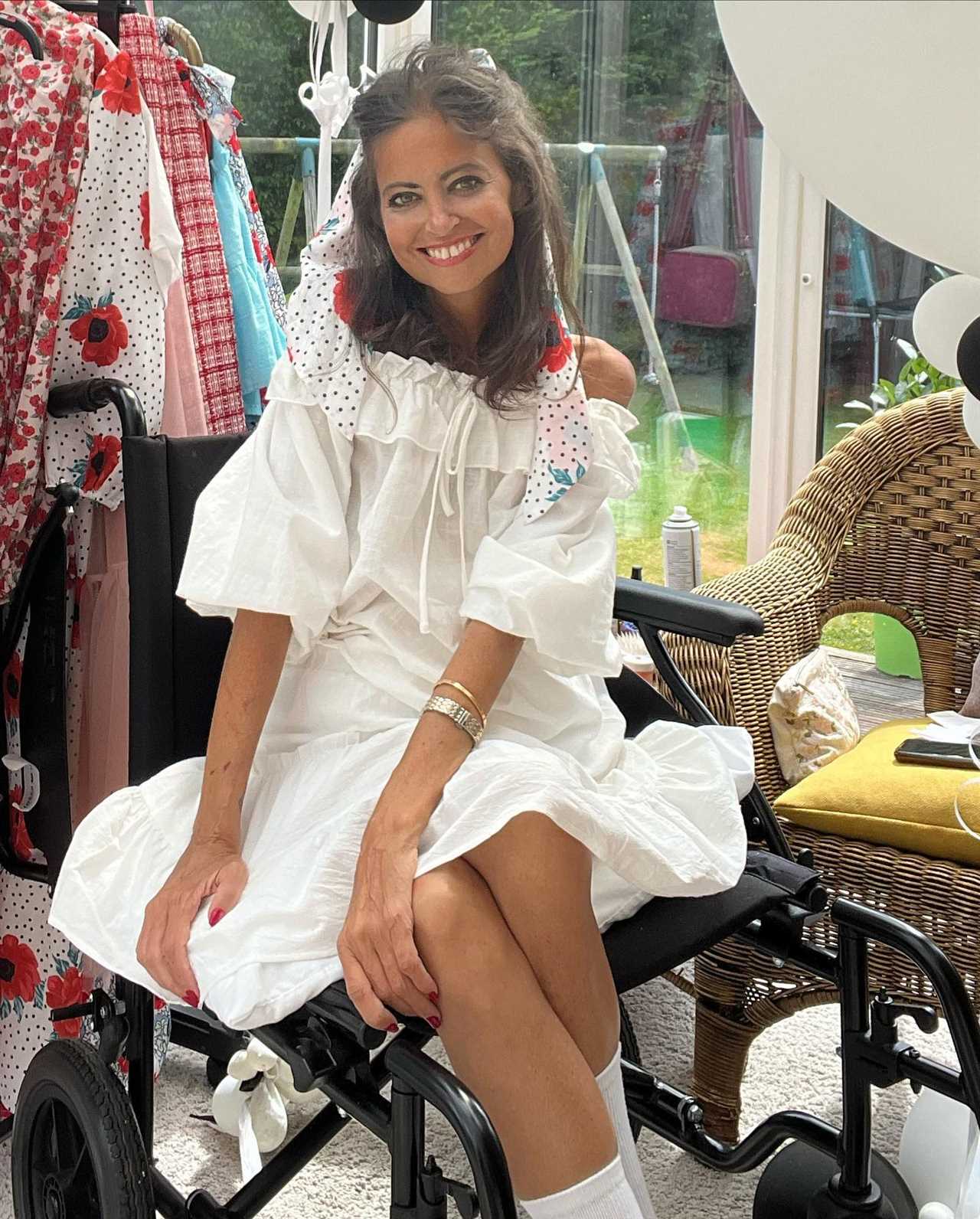 Deborah pictured in her In The Style clothing range 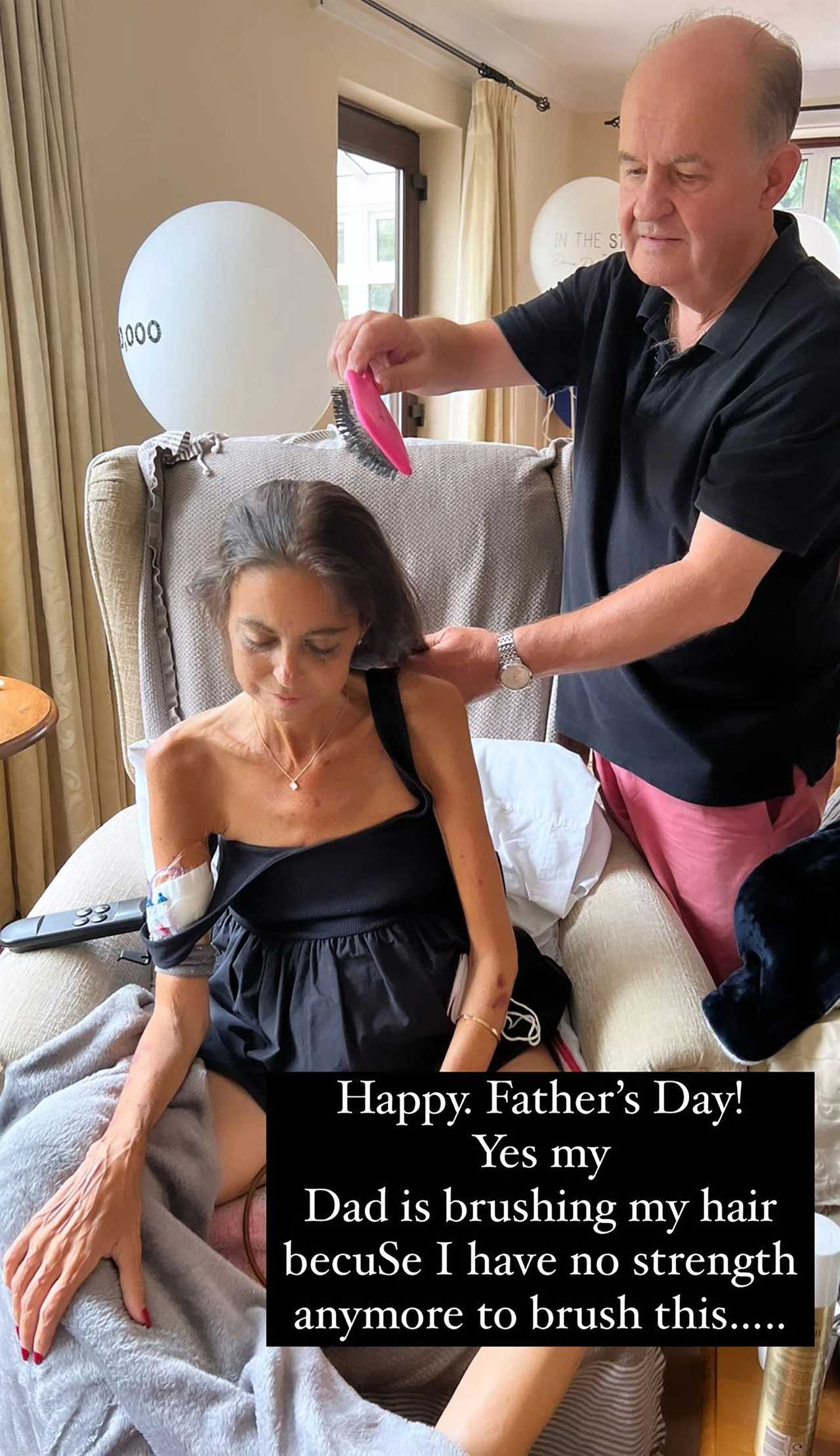 Last night, a BBC documentary was aired in honour of the mum-of-two, showing heartbreaking moments with her family.

Mum, Heather, and dad, Alistair, shared a photo of themselves while the tribute was playing.

On Heather’s Instagram @bowelgran – a nod to Deb’s own “Bowel Babe” nickname – the two clinked their glasses of red wine and looking lovingly into each other’s eyes.

The pair joined in with the trending “Raise a glass for Dame Debs” Instagram sticker, among thousands of others. 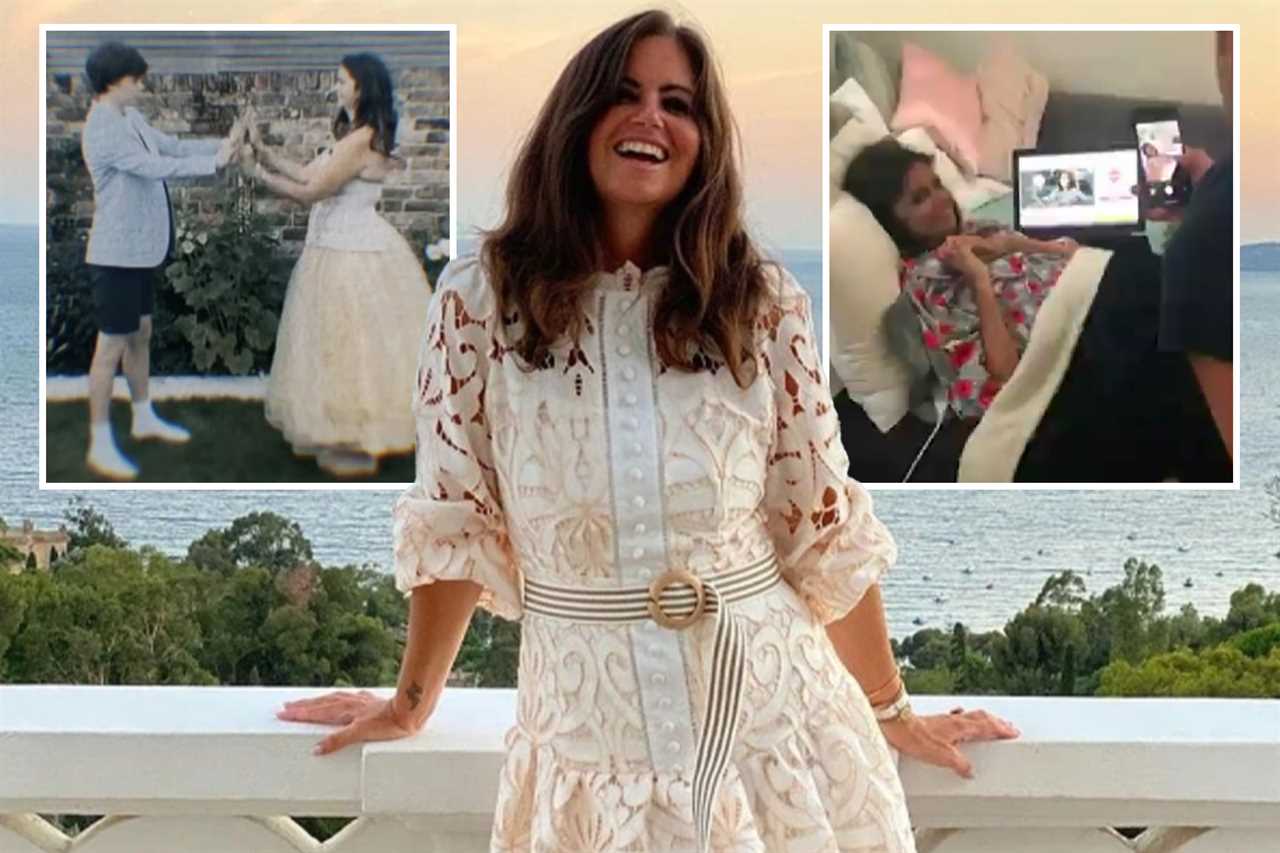 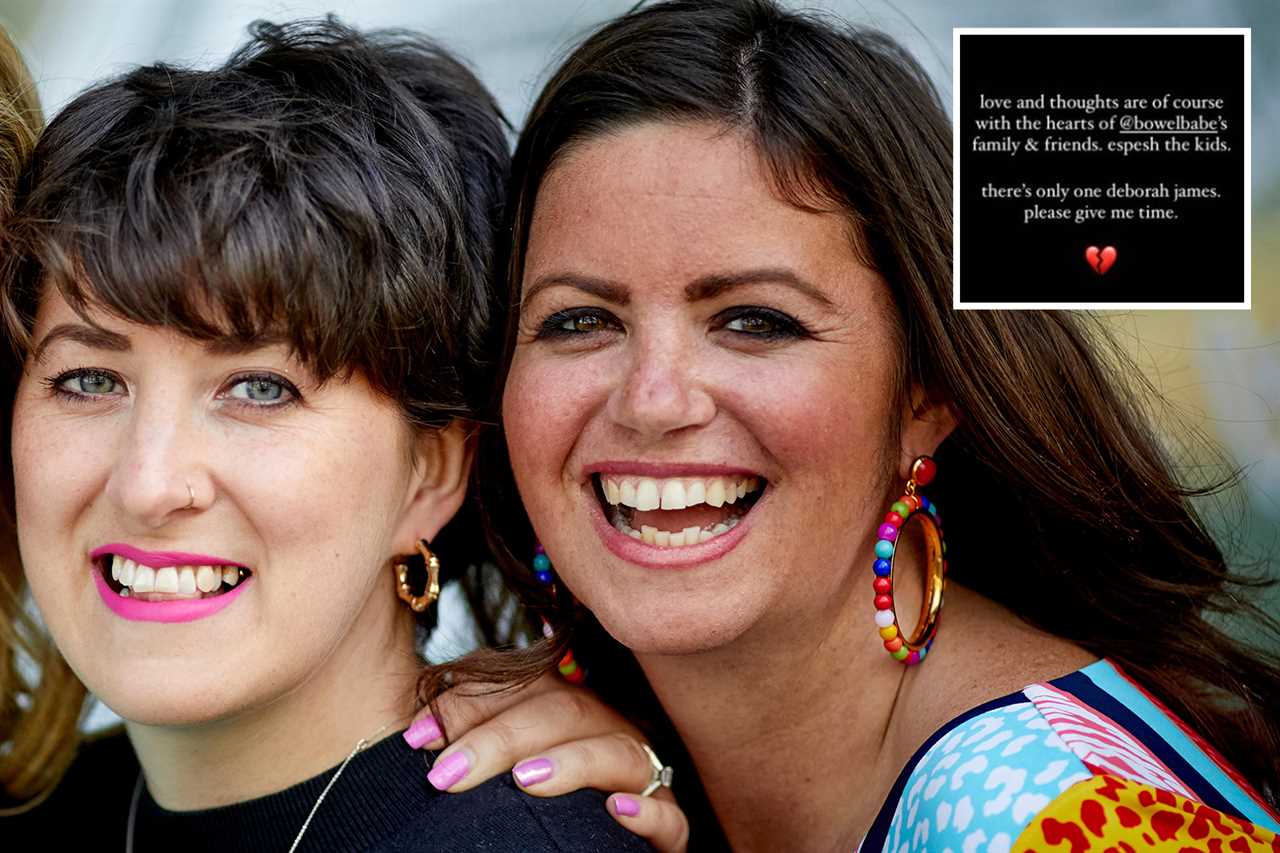 Brits shared photos of their tear-stained faces as they watched deeply moving footage of Debs dancing with her teenage son.

Heather and Alistair donned their “Rebellious Hope” T-shirts, designed by Dame Debs in her final weeks receiving palliative care for her cancer.

The tees raised over one million pounds for the Bowelbabe Fund through the clothing line In The Style.

The newly launched foundation has tipped £7 million in donations alone since launching in early May, when Debs said she was no longer receiving treatment.

Debs said her body could no longer cope and she would be receiving palliative care at her parents home in Woking, Surrey.

In her final weeks, in between making memories with her family, including children Eloise, 12, and Hugo, 14, Debs continued to tirelessly campaign.

Establishing the Bowelbabe Fund, Debs said: “I always knew that there was one thing I wanted to do before I died.”

The family have encouraged her legions of supporters around the country to continue donating to the BowelBabe Fund to “give more Deborahs more time”.

They have asked people to ‘buy a drink’ for Debs by donating with a goal of £10 million over the weekend.

Mum Heather said her “heart is broken” after the death of Debs, one of her three children.

The two were close and Heather would often be seen in Debs’ Instagram photos, baking cakes, doing “chemo” dances or holidaying.

Heather shared a clip of her daughter dancing against a sunset on Tuesday alongside the family’s full statement.

It read: “We are deeply saddened to announce the death of Dame Deborah James; the most amazing wife, daughter, sister, mummy. Deborah passed away peacefully today, surrounded by her family.”

Other celebrities who have shared heartfelt messages include Lorraine Kelly.

In last night’s BBC documentary, The Last Dance, Lorraine remembers how they were talking about bowels within moments of first meeting.

Lorraine said: “All she wanted to do was get this message across, make sure nobody else went through the same as her, make sure everyone had the information they needed and stop people being stupid about their bottoms. 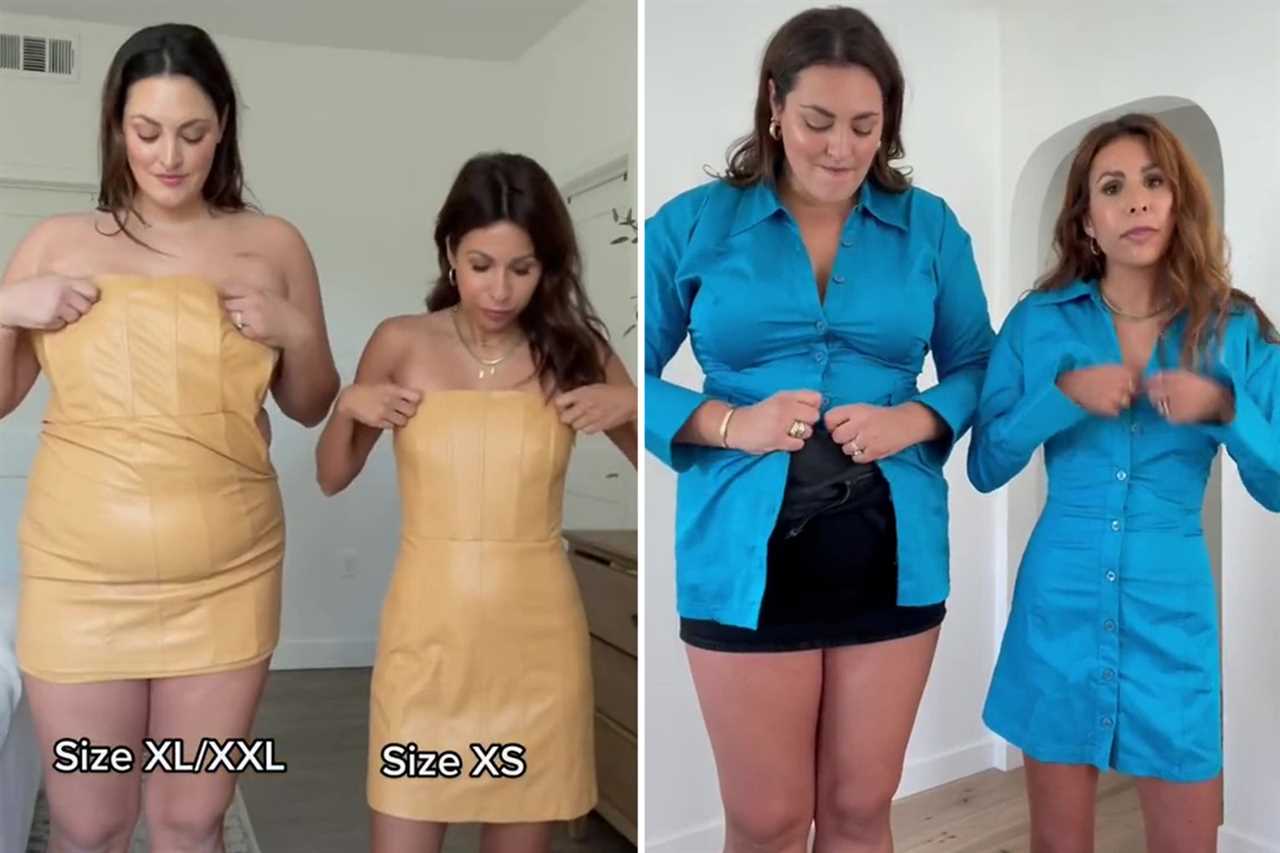 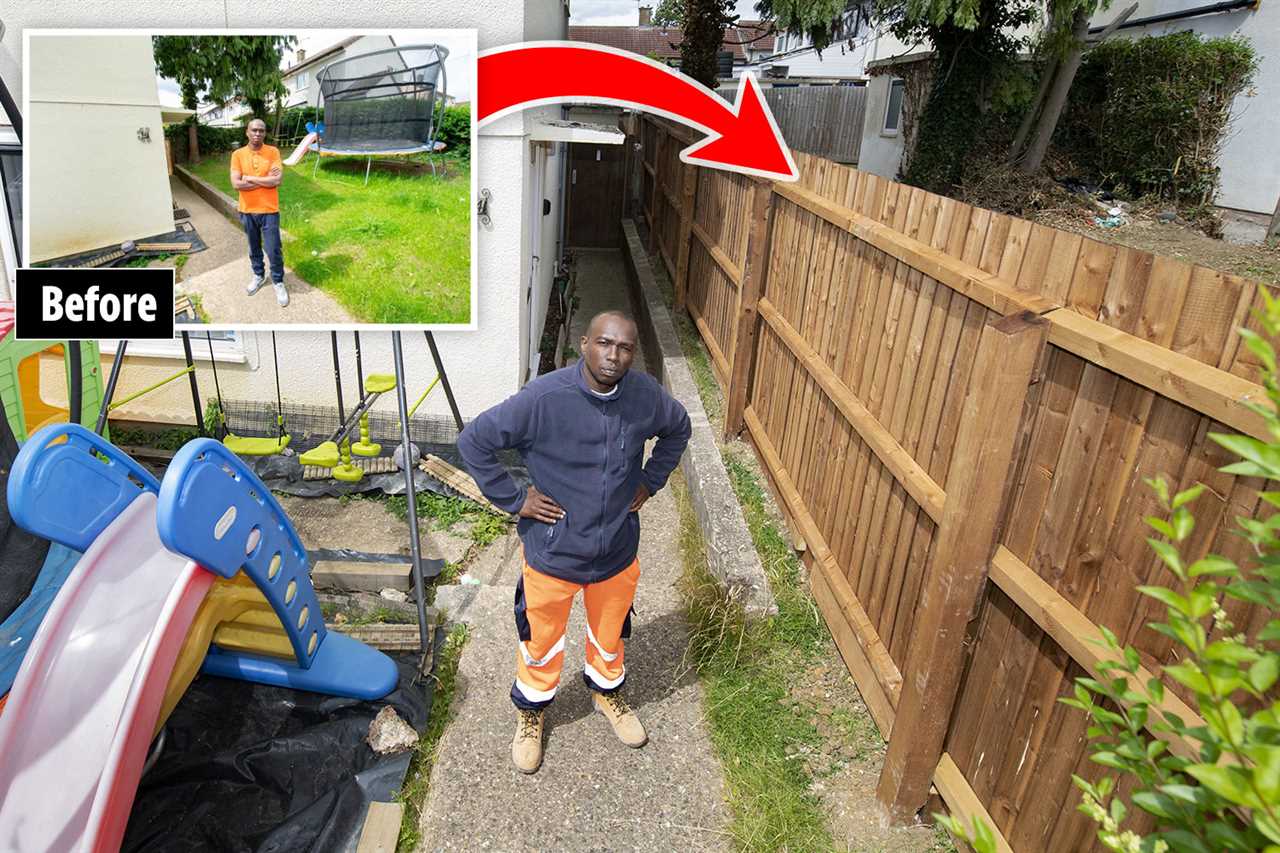 Gaby Roslin says from the outset about Deborah that: “Cancer didn’t stop her having fun,” – and that laughter and joy is caught on camera.

The TV and radio presenter added: “These cancer charities she felt so strongly about will get that injection of money because of Debs, and wherever she is she’ll be singing and dancing away, knowing Debs, that’s exactly what she’s doing, with the biggest smile on her face.” 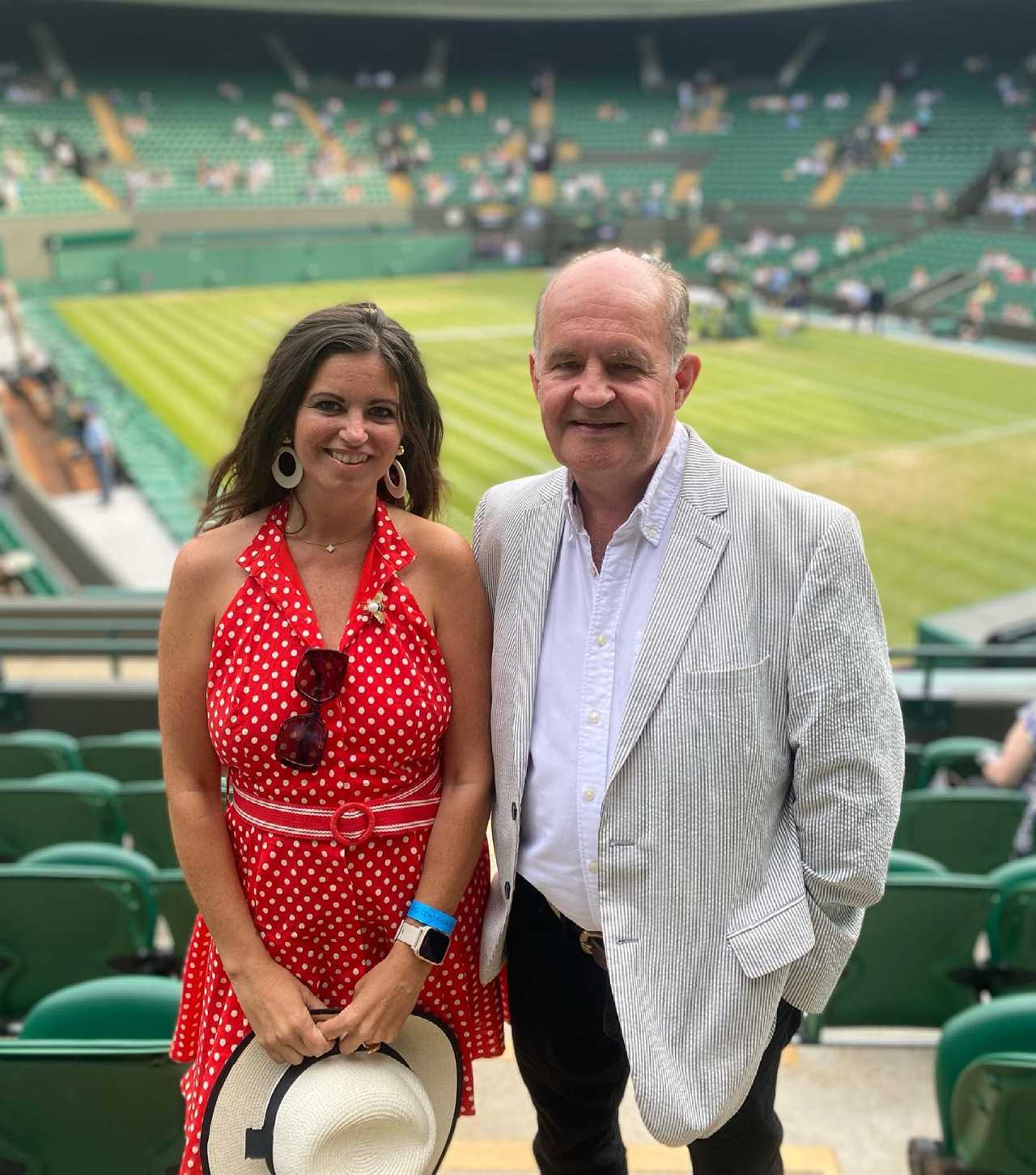 Deborah and Alistair at Wimbledon in the past
bowelcancerfiveyears