WASHINGTON — The Supreme Court ruled on Monday that the Pentagon may take disciplinary action against a lieutenant colonel in the Air Force Reserve.. 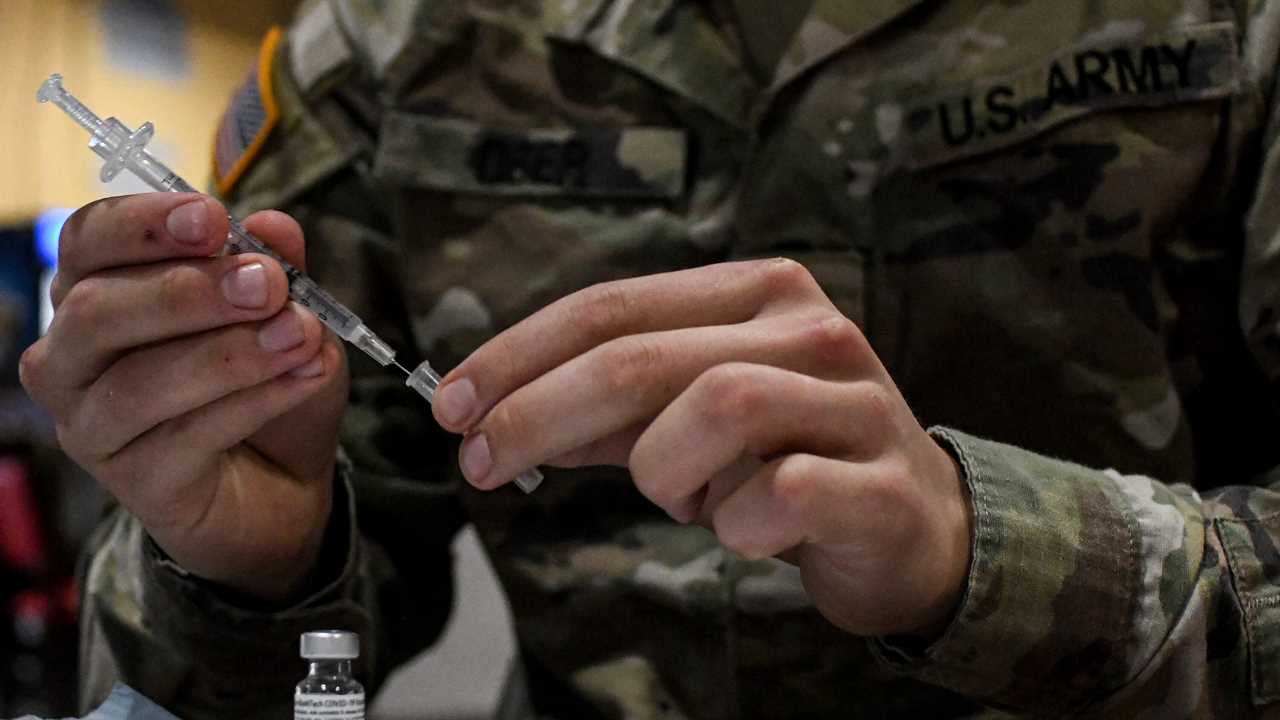 WASHINGTON — The Supreme Court ruled on Monday that the Pentagon may take disciplinary action against a lieutenant colonel in the Air Force Reserve who refused to be vaccinated against the coronavirus on religious grounds.

The court’s brief, unsigned order gave no reasons, which is common when the justices act on emergency applications. The court’s three most conservative members — Justices Clarence Thomas, Samuel A. Alito Jr. and Neil M. Gorsuch — noted dissents but did not explain their thinking.

The court’s order, an interim measure that denied relief while appeals proceed, followed a similar ruling last month that said the Navy could consider the vaccination status of 35 of its service members in decisions about where they should be assigned or deployed. The same three justices dissented.

In the new case, Lt. Col. Jonathan Dunn, who has been removed from his command after serving for nearly two decades as a pilot, trainer and commander, said he sought only “protection against further punishment, including a discharge.”

Colonel Dunn, who has received many other vaccinations without objection, said he decided that the coronavirus vaccine violated his faith after seeing President Biden speak about it, leading him to conclude that “the vaccine ceased to be merely a medical intervention and took on a symbolic and even sacramental quality.”

This was, he said, “akin to the ancient Roman laws requiring that sacrifices be made to Caesar.”

He added that he had been infected by the virus and developed antibodies as a result.

Elizabeth B. Prelogar, the U.S. solicitor general, told the justices that the Air Force had determined, in its military judgment, “that vaccination of service members is an essential component of military readiness and is critical to protecting the health and safety of service members.”

She added that Colonel Dunn had exhibited poor judgment that justified his removal from command for reasons independent of his refusal to be vaccinated.

On being ordered to choose among being vaccinated, submitting his resignation or refusing the vaccine in writing, Colonel Dunn instead sent a one-word memorandum to a two-star general several steps above him in the chain of command: “NUTS!”

The memo echoed Brig. Gen. Anthony McAuliffe’s famous response to a German surrender demand in 1944 during the Battle of the Bulge. Colonel Dunn’s lawyers told the justices that he had used the term “to demonstrate resolve, not disrespect.”

His direct commander disagreed, saying the message was a “highly disrespectful affront to the chain of command” that showed “a shocking lack of military decorum.” Ms. Prelogar noted that the American officer who delivered General McAuliffe’s message had added an explanation. “If you don’t understand what ‘Nuts’ means, in plain English, it is the same as ‘Go to hell,’” the officer said.

Ms. Prelogar added that Colonel Dunn’s unit had to be prepared to deploy anywhere in the world on short notice, including to countries that require proof of vaccination for entry.

She noted that the military had long required vaccinations, starting in 1777, when George Washington ordered the inoculation of the Continental Army against smallpox. As of early 2021, she wrote, nine vaccines were required for all service members.

In August, the Defense Department said it would add the coronavirus vaccine to the list. According to court papers, 98 percent of Air Force members have been vaccinated.

The Supreme Court has historically been wary of second-guessing military judgments.

In other areas, though, the Biden administration has had mixed success in defending its responses to the pandemic in the Supreme Court. In January, the justices blocked the administration from enforcing a vaccine-or-testing mandate for large employers, but they allowed a more limited mandate requiring health care workers at facilities receiving federal money to be vaccinated.