In a lawsuit filed on Monday in Pennsylvania, the Republican Senate candidate David McCormick demanded that undated mail-in ballots should be counted .. 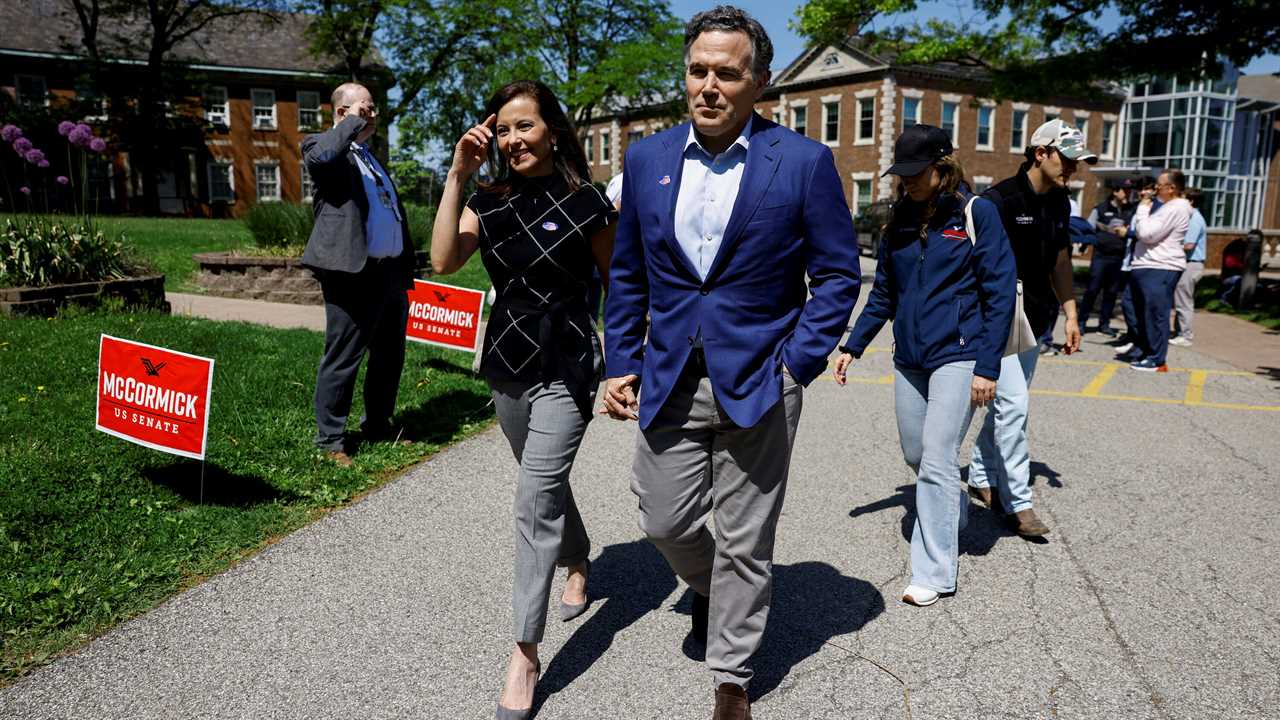 In a lawsuit filed on Monday in Pennsylvania, the Republican Senate candidate David McCormick demanded that undated mail-in ballots should be counted in his primary race against the celebrity physician Dr. Mehmet Oz, whom he trailed by less than 1,000 votes.

Mr. McCormick, a former hedge fund chief, asked the Commonwealth Court of Pennsylvania to allow election officials in the state’s 67 counties to accept mail-in ballots from voters who turned them in by the May 17 deadline but did not write the date on the outer return envelopes.

That step is required by a state law, one that Republicans have fought to preserve.

The legal action could be a prelude to a cascade of lawsuits and challenges in one of the nation’s most intensely watched primaries, one that could ultimately determine control of the divided Senate. The seat will be open after Senator Patrick J. Toomey, a Republican, steps down this year.

The filing preceded a May 26 deadline for Pennsylvania’s secretary of state to determine whether a recount is triggered in the race, an automatic step when the top two candidates are within half a percentage point. About two-tenths of a percentage point separated Mr. McCormick on Monday from Dr. Oz, whom former President Donald J. Trump has been nudging to declare victory. The McCormick campaign was said to have invested heavily in its absentee-voting efforts.

“These ballots were indisputably submitted on time — they were date-stamped upon receipt — and no fraud or irregularity has been alleged,” Ronald L. Hicks Jr., a lawyer for Mr. McCormick, wrote in the 35-page lawsuit.

Mr. Hicks, a trial and appellate lawyer in Pittsburgh, was part of a phalanx of lawyers enlisted by Mr. Trump who unsuccessfully sought to challenge mail-in ballots after the 2020 presidential election. He later moved to withdraw from that case.

In the McCormick campaign’s lawsuit, Mr. Hicks took the opposite view of mail-in ballots, saying that election boards in Allegheny County in Western Pennsylvania and Blair County in the central part of the state have balked at counting the undated ballots. Those counties, he said, were delaying taking action until after Tuesday when they are required to report unofficial results to the state.

“The boards’ refusal to count the ballots at issue violates the protections of the right to vote under the federal Civil Rights Act and the Pennsylvania Constitution,” Mr. Hicks wrote.

In the lawsuit, the McCormick campaign cited a recent ruling by a federal court panel that barred elections officials in Lehigh County, Pa., from rejecting absentee and mail-in ballots cast in the November 2021 municipal election because they were not dated.

“Every Republican primary vote should be counted, including the votes of Pennsylvania’s active-duty military members who risk their lives to defend our constitutional right to vote,” Jess Szymanski, a spokeswoman for Mr. McCormick’s campaign, said in an email on Monday night.

What are Republicans trying to do? Broadly, the party is taking a two-pronged approach: imposing additional restrictions on voting, especially mail voting, and giving Republican-led state legislatures greater control over the mechanics of casting and counting ballots.

Why are these legislative efforts important? The Republican push to tighten voting rules has fueled doubts about the integrity of the democratic process in the U.S. Many of the restrictions are likely to affect voters of color disproportionately.

How have the Democrats pushed back? Democrats had hoped to unravel voting restrictions with federal legislation, but they weren’t able to secure enough votes to pass it in the Senate. An attempt to change the Senate’s filibuster rules to enable the passage of the bill also failed.

Dr. Oz on Monday posted on Twitter a statement by his campaign manager, Casey Contres, criticizing Mr. McCormick’s move, saying that while he had been a formidable opponent, “he is likely going to come up short.”

“Unfortunately, the McCormick legal team is following the Democrats’ playbook, a tactic that could have long-term harmful consequences for elections in the Commonwealth of Pennsylvania,” Mr. Contres said. “Dr. Mehmet Oz continues to respectfully allow Pennsylvania's vote-counting process to take place and puts his faith in the Republican voters who we believe have chosen him as their nominee.”

“We absolutely object to the counting of undated mail-in ballots,” the party said on Twitter. “Pennsylvania law and our courts have been very clear that undated ballots are not to be counted. We have worked hard towards restoring confidence in our elections, and we call upon everyone to respect, uphold and follow the clear law on this issue.”

The party’s statement echoed comments that Ronna McDaniel, the chairwoman of the Republican National Committee, made on Fox News on Sunday.