In the Capitol, a Mask Mandate Redux Ignites Partisan Recriminations

WASHINGTON — Late Tuesday night, after the attending physician of the Capitol declared that the “People’s House” was once again under a mask mandate, .. 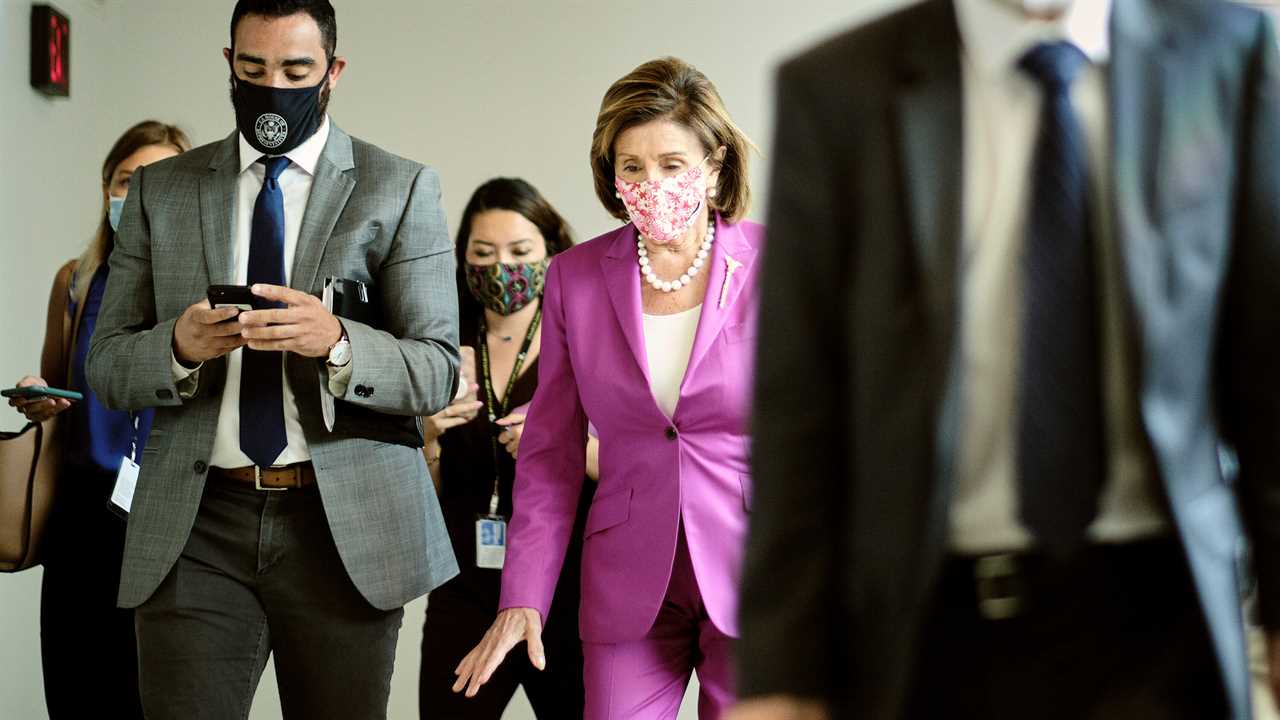 WASHINGTON — Late Tuesday night, after the attending physician of the Capitol declared that the “People’s House” was once again under a mask mandate, the response from Republicans was immediate and emphatic.

“Make no mistake,” the minority leader, Kevin McCarthy, wrote, “The threat of bringing masks back is not a decision based on science, but a decision conjured up by liberal government officials who want to continue to live in a perpetual pandemic state.”

It was not clear what “liberal government officials” would get out of forcing Americans back into masks. Few relish donning their face coverings again. But the House mandate appeared to be playing out as a parable for the rest of the nation.

Lawmakers from districts with low rates of infection and high rates of vaccination — many of them Democrats — are compliantly wearing their masks, while members of Congress from areas where the virus is spreading rapidly — including many Republicans — have resisted, or are wearing their masks under protest.

In something of a twist, Republicans have co-opted a Democratic phrase and are insisting that they are the ones following the science, though the Centers for Disease Control and Prevention says its latest mask recommendations reflect the resurgent coronavirus, driven by a new, highly contagious variant ripping through unvaccinated populations.

It has not started well. Asked about Mr. McCarthy’s comments on Wednesday, Ms. Pelosi was overheard retorting, “He’s such a moron.” Ms. Pelosi’s spokesman later said he could not verify her precise words, but clarified that she indeed felt that Mr. McCarthy’s position “is moronic.” (She later softened her tone, saying the top Republican’s position was “not wise.”)

“If she’s so brilliant,” Mr. McCarthy shot back, “can she tell me where the science in the building changes between the House and the Senate?”

The Senate has not mandated masks, adopting voluntary recommendations instead.

For the C.D.C., the director, Dr. Rochelle P. Walensky, said on Wednesday, the tipping point for reinstating the mask guidance was new evidence that vaccinated Americans with “breakthrough” Covid-19 cases could infect others.

“Vaccinated people who are the breakthroughs have the same amount of virus as the unvaccinated people,” Dr. Walensky said on “Doctor Radio Reports,” a show on SiriusXM. “And that is very much leading us to believe that it is probably the case that those vaccinated breakthrough infections, rare as they might be, have the potential to infect others.”

Whether the C.D.C. can succeed in getting Americans back into masks will play out in microcosm in the Capitol, that rare place where ardent conservatives mingle with fervent liberals on a daily basis.

Following the C.D.C.’s guidance, Dr. Brian P. Monahan, the attending physician of the Capitol, kicked off the effort Tuesday night, restoring a mask mandate for the House that he lifted only weeks ago. The House, he said, represented “a collection of individuals traveling weekly from various risk areas.” The Senate is a much smaller body where all but a few members are vaccinated.

Dr. Monahan warned gravely of the spreading Delta variant, which has sent coronavirus cases soaring by 145 percent over the past 14 days, to a seven-day average on Tuesday of 63,248. A month ago, the nation recorded fewer than 12,000 cases.

Hospitalizations are up 70 percent. Deaths, a lagging indicator, have risen 6 percent over two weeks.

The virus is making the doctor’s point. The Senate Homeland Security Committee called off a business meeting where it had been scheduled to advance two key nominees after staff members who came into contact with the panel tested positive for the virus despite being vaccinated, a committee aide said. A vaccinated senior aide to Ms. Pelosi was infected, as were other House and Senate aides.

Yet the Republican response on Capitol Hill has been unequivocal — and angry. An unmasked Representative Chip Roy, Republican of Texas, moved to adjourn the House and forced all its members to convene to vote him down. Moments before, Mr. Roy had elaborately tied the mask mandate to one of Republicans’ choice political issues: the crush of migrants crossing the southwestern border, who he said were “heavily infected.”

“We have a crisis at our border and we are playing footsie with mask mandates in the people’s house,” Mr. Roy said, his voice raised.

While dutifully wearing a mask, Representative Rodney Davis of Illinois, the top Republican on the Administration Committee, said he worried Dr. Monahan was “getting pressure from the speaker sometimes to issue guidance that is motivated less by science and more by politics.” Republican leaders set up a meeting with their members and the doctor for Wednesday afternoon.

All told, it appeared that a dozen or more Republicans flouted the rule on the House floor. When a staff member handed a mask to one of them, Representative Lauren Boebert of Colorado, she tossed it back.

House rules say that any lawmaker who does not wear a mask in specified spaces in the Capitol complex can be fined $500 or more.

Democrats, many of them already angry about conservatives stoking vaccine hesitancy, were on a short fuse. Just off the House floor, a masked Representative Jared Huffman, Democrat of California, publicly accosted an unvaccinated Republican colleague, Representative Byron Donalds of Florida, calling him “selfish” for refusing to wear a mask.

Mr. Donalds shot back, “Mind your business, man” and walked off in a huff. He later voted without a mask on and would not say if he planned to get vaccinated because he contracted Covid-19 in the fall and believed he still had antibodies.

“Listen, the rule is stupid,” he said. “Let’s just be very blunt about this. Yesterday, we were on the floor for all total two hours and some change. If Covid-19 has been swarming through the Capitol, we all have it.”

While the House raced to lock down, senators appeared to be in no rush.

Senate Republicans have generally taken a more conciliatory tack on the virus than their House counterparts, with their leaders pleading with conservatives to drop their hesitance and get vaccinated. Senator Mitch McConnell of Kentucky, the Republican leader, planned to begin using tens of thousands of dollars in campaign funds to run radio ads in his home state heralding the vaccine as a “modern medical miracle.”

“If you haven’t been vaccinated, do the right thing,” Mr. McConnell says in the ad, in which he recounts his own fight with polio.

Still, when Mr. McConnell strolled to the Senate floor on Wednesday to deliver his daily remarks, he did not don a face covering. He said on Tuesday that the high vaccination rate among lawmakers and Capitol aides gave him added confidence to leave a mask off.

But others were happy to pile on the outrage. Senator Ted Cruz of Texas fumed, “the science hasn’t changed. Only the politics has.”

Senator Ron Johnson, Republican of Wisconsin, wondered aloud to the conservative news outlet Breitbart: “Do masks even work? Do they do more harm than good — particularly to children who have a low risk of serious disease or death from Covid?”

He continued, “Time to reclaim liberty and end this state of fear.”