After a Nightmare Year, Election Officials Are Quitting

WASHINGTON — In November, Roxanna Moritz won her fourth term unopposed as the chief election officer in metro Davenport, Iowa, with more votes than.. 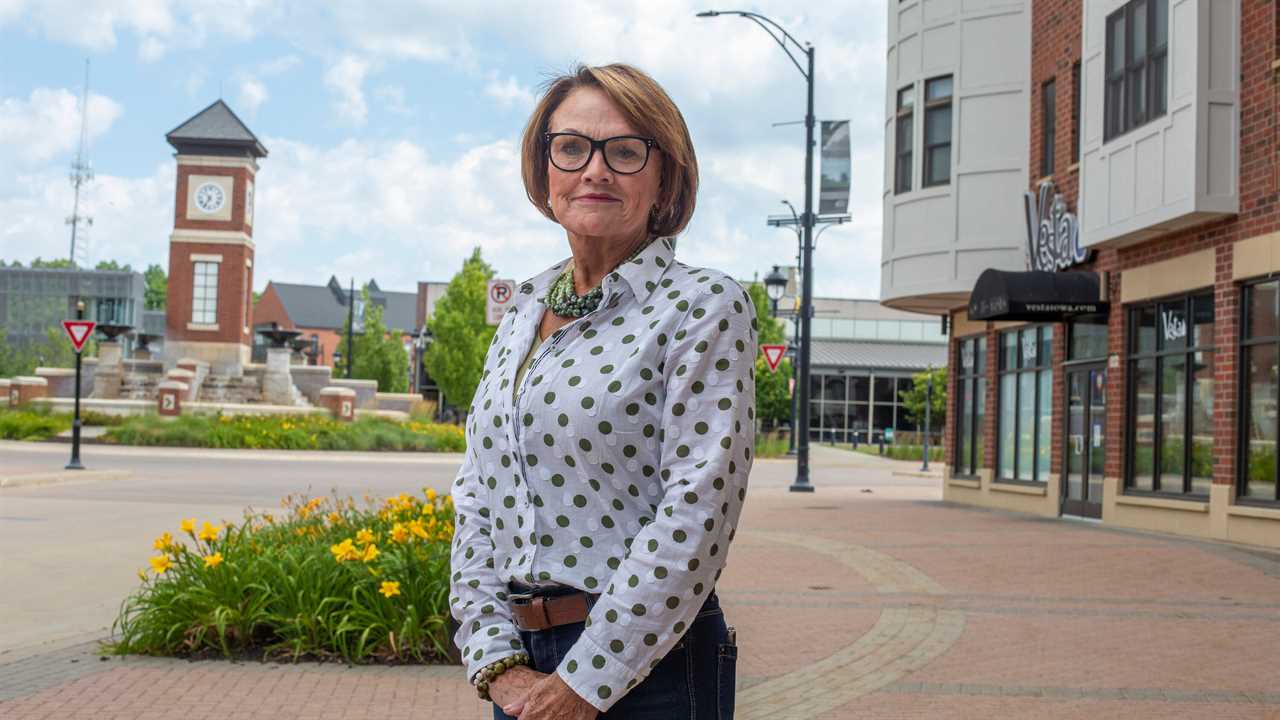 WASHINGTON — In November, Roxanna Moritz won her fourth term unopposed as the chief election officer in metro Davenport, Iowa, with more votes than any other candidate on the ballot.

Five months later, she quit. “I emotionally couldn’t take the stress anymore,” she said in an interview.

For Ms. Moritz, a Democrat, the initial trigger was a Republican-led investigation into her decision to give hazard pay to poll workers who had braved the coronavirus pandemic last fall. But what sealed her decision was a new law enacted by the Iowa legislature in February that made voting harder — and imposed fines and criminal penalties on election officials for errors like her failure to seek approval for $9,400 in extra pay.

“I could be charged with a felony. I could lose my voting rights,” she said. “So I decided to leave.”

Ms. Moritz is one casualty of a year in which election officials were repeatedly threatened, scapegoated and left exhausted — all while managing a historically bitter presidential vote during a pandemic.

She has company. In 14 southwestern Ohio counties, one in four directors or deputy auditors of elections has left. One in four election officials in Kansas either quit or lost re-election in November. Twenty-one directors or deputies have left or will leave election posts in Pennsylvania’s 67 counties, according to a tally by the reporting consortiums Spotlight PA and Votebeat.

Some of those represent ordinary churn in a job where many appointees are nearing retirement, and others are subject to the vagaries of elections. In a survey of some 850 election officials by Reed College and the Democracy Fund in April, more than one in six said they planned to retire before the 2024 election.

Others are leaving early, and more departures are in the wings. In Michigan, most of the 1,500 clerks who handle elections run for office, said Mary Clark, the president of the state Association of Municipal Clerks. “That said,” she added, “I am beginning to hear rumblings from a few appointed city clerks who are wondering if this ‘climate’ is worth the stress.”

At a gathering of Florida election officials this month, “multiple people came up to me to say, ‘I don’t know if I can keep doing this,’” said David Becker, the executive director of the nonprofit Center for Election Innovation and Research. “There are the threats, the stress, the attacks on democracy on the officers, on the staff.

“We may lose a generation of professionalism and expertise in election administration,” he said. “It’s hard to measure the impact.”

In interviews, some election officials said they also worried that a flood of departures in the next two years could drain elections of nonpartisan expertise at a hinge moment for American democracy — or worse, encourage partisans to fill the vacuum. They cite moves by partisans alleging that the last election was stolen in Arizona, Georgia and elsewhere to run for statewide offices that control election administration.

That may be less likely at the local level, but the pain is no less acute. “We’re losing awesome election administrators who have tenure and know what they’re doing,” said Michelle Wilcox, the director of the Auglaize County Board of Elections in Wapakoneta, Ohio.

The 2020 election was brutal for election officials by any measure. Beyond the added burden of a record turnout, many effectively found themselves conducting two votes — the one they had traditionally overseen at polling places, and a second mail-in vote that dwarfed that of past elections. The pandemic led to shortages of poll workers and money for masks and other protection equipment and vastly complicated voting preparations.

Atop that, baseless claims of rigged voting and vote-counting by President Donald J. Trump and other Republicans elevated once-obscure auditors and clerks to public figures. And it made them targets for vilification by Trump supporters.

A report issued last week by the Bipartisan Policy Center and the Brennan Center for Justice at New York University underscored the consequences: In a survey of election officials, one in three said they felt unsafe in the jobs. One in five said they were concerned about death threats.

Better than three in four said the explosion of disinformation about elections had made their jobs harder. More than half said it had made them more dangerous.

“The fact that one in three election workers doesn’t feel safe in their jobs is an extraordinary number and a real challenge to our democracy,” said Miles Rapoport, a senior democracy fellow at Harvard University’s Ash Center for Democratic Governance and Innovation. The center contributed to the report.

If lies and misstatements continue to fuel mistrust of elections and a hostility toward those who run them, “the entire infrastructure of how the nation governs itself becomes at risk,” he said.

In Ohio, Ms. Wilcox said she and her office staff logged some 200 additional hours to conduct a November election that drew 25,940 voters — an almost 80 percent turnout.

The 2020 vote, she said, was the first to include training in de-escalating standoffs with angry voters who refused to wear masks, and the first in which officials spent considerable time addressing baseless claims of fraud.

In Butler County, Pa., Shari Brewer resigned as director of the Board of Elections in April 2020 — even before the state’s presidential primary.

“I could see what was coming,” she said. “We had already budgeted for extra help and overtime, and this was the first primary in Pennsylvania where mail-in ballots were implemented” — a state law allowing no-excuse absentee balloting had passed the previous year.

The workload increased, and no help arrived. So after 10 years — and still at the bottom of the county’s pay scale, she added — she threw in the towel.

Indeed, the report issued last week said election officials singled out the crushing workload as a reason for leaving. Behind that, Mr. Rapoport said, is the failure of governments to address what he called an enormously underfunded election system that is a linchpin of democracy.

The report called on the Justice Department to create an election threat task force to track down and prosecute those who terrorize election workers and for states to allot money to add security for officials. It recommended that federal and state governments, social media companies and internet search engines develop ways to better combat false election claims and take them offline more quickly.

And it also asked states to take steps to shield election officials from political pressure and politically motivated lawsuits and investigations.

Paradoxically, Republican-controlled legislatures have moved in the opposite direction on some of those issues. Texas and Arizona have enacted laws explicitly banning private donations to support election work, embracing false claims from the right that private foundations in 2020 directed contributions to Democratic strongholds. Republicans in a dozen states have considered launching Arizona-style investigations of the 2020 vote despite warnings that they are feeding a movement of election-fraud believers.

Ms. Clark, the head of the Michigan clerks’ association, said she believed that the pace of departures there would be influenced by the fate of Republican-backed legislation that would tighten voting rules and restrict election officials’ authority.

And in Iowa, the Republican-controlled legislature voted this spring to shorten early-voting periods, clamp down on absentee ballot rules, sharply limit ballot drop boxes — and take aim at the county auditors who run elections. One clause eliminates much of their ability to take steps to make voting easier. Another makes it a felony to disregard election guidance from the secretary of state and levies fines of up to $10,000 for “technical infractions” of their duties.

In Davenport, Ms. Moritz said, the pandemic and election-fraud drumbeat all but upended preparations for last year’s election. Tensions rose after she sparred with the Republican-run county board of supervisors over accepting donations to offset rising election costs.

When poll workers were hired, she said, she checked with officials to make sure there was enough money in her $80-million-a-year budget to cover hazard pay. But the supervisors had set their pay at $12 an hour, and she failed to ask them for permission to increase it.

Ms. Moritz says she made a mistake. “Nobody benefited from it but the poll workers,” she said. Two weeks after the election, when the county attorney called to tell her the pay was being investigated, she said, “I literally puked in my garbage can.”

The supervisors have said their inquiry was not politically motivated, and the state auditor, a Democrat, is looking into the misstep. But in the storm of publicity that followed the supervisors’ inquiry, Ms. Moritz said, she began to receive threats. And any thought of staying on vanished after the legislature began to consider reining in auditors’ powers and penalizing them for errors like hers.

“People are starting to second-guess if this is the profession they want to be in,” she said. “It was always a stressful job, and now it’s more so. And all these things coming down the pipe make it worse.”